Smiles of the Unstoppable by Ben Mirov

My shadow will kill your shadow, reader. Jason Bredle’s new book of poetry, Smiles of the Unstoppable, is out now from Magic Helicopter Press. In this Q&A Jason and Ben Mirov discuss cliché, finger bones, and how art should affect the heart. 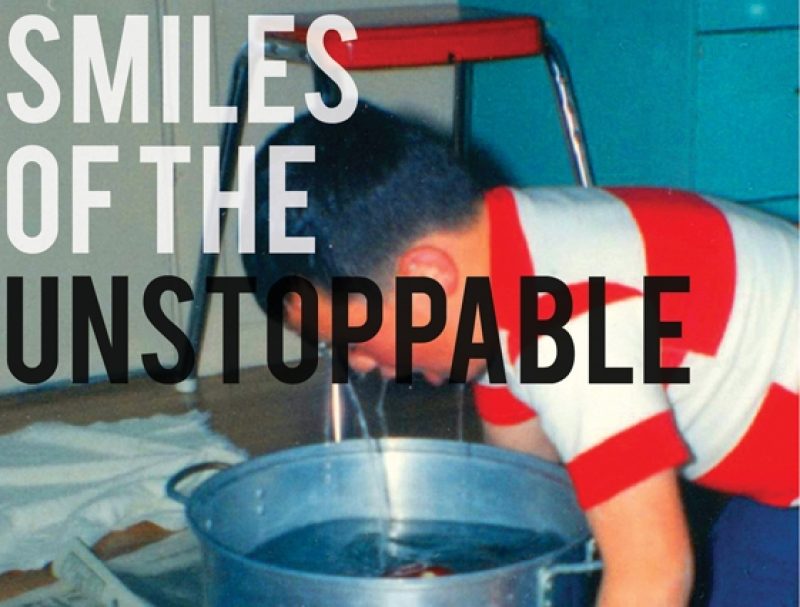 The first time I heard a Jason Bredle poem, I was laid up with a case of food poisoning on a hospitable stranger’s couch in Raleigh, North Carolina. I was recovering after a bout of bazooka puking, and my friend Sasha was helping me through the discomfort by reading “Summer” from Jason’s Standing in Line for the Beast (New Issues, 2007). The poem was enthralling, and for a moment I forgot the effects of the virus storming through my body and felt the rare inspiration and exuberance brought on by good poetry.

Recently, I’ve found myself reading Bredle’s newest collection, Smiles of the Unstoppable (Magic Helicopter, 2011), mostly on the subway on my evening commute across Brooklyn. Inevitably, the people on the train, returning from their workdays, have the same, well-deserved, blank look of exhaustion on their faces. It’s against this backdrop of bleakness (and that of my aforementioned pukefest) that the poems in Smiles of the Unstoppable are the most potent and undeniable.

As they streak toward their vanishing points, Jason’s thoughtful, heart-wrought lines float somewhere between tangent and vector. Many of the poems are unafraid to risk ephemerality through frequent admixtures of humor and cliché. Other poems explore areas of surprise with practiced nuance and aplomb, gracefully skirting the void of meaninglessness that threatens all poetry. Perhaps the most valuable aspect of Bredle’s work is its idiosyncratic spirit which, for those of us who seek such sustenance, will help us live our lives.

Ben Mirov Can you talk about how this collection came together as a book? Did you just write a bunch of poems and keep the good ones or did you throw a bunch of finger bones into a goat skin bag and consult them by the light of a full moon?

Jason Bredle I won the Ultimate Quest at Dave & Busters, and one of the prizes was this book. Really, I just wrote a bunch of poems and kept the ones that seemed to fit.

BM How did you and Mike Young from Magic Helicopter come together for the production of Smiles? Were you guys friends or did you send him your manuscript blind?

JB I’m not sure how Mike learned about me, but he’d solicited me for Noö Journal, and he must have liked it and later asked me if I had a manuscript to send him for Magic Helicopter. I’d just started sending the manuscript out so the timing was perfect. Working with him has been fantastic. I think his aesthetic sense is more in line with mine than any other press I’ve worked with so the whole process went down really well, and the final product is great.

BM Do you have a favorite poem in the collection? If so, what about it sets it apart from the others?

JB “Twilight Box,” which for me is an elegy for passion, youth, and the passion of youth. I like how it combines the suburban ordinary with weird details and how it unfolds cyclically in a small amount of space. I don’t know if this sets it apart from the others because I feel like those themes resurface a lot in the book, but I think this one handles it the best.

BM I’m curious why many of the poems have alternating long and short lines. I’ve been thinking that in my own work the movement of the eye from long line to short line has a vertiginous effect on the reading experience. Was the use of long lines next to short lines purposeful in Smiles?

JB It was. I like how they lend a sense of untethering or coming undone that happens thematically in the poems.

BM I once read an interview with James Tate where he said that he never tries for humor in his poems because it’s so mercurial, but he values humor in his writing. I’m curious how you work with humor in your poems and why it’s important to you in your work?

JB It’s not so much important to me in my work as it is important to me in my life, which then affects my work. I also never really try for humor but value humor. I never set out to be funny, and if I tried, I would probably fail. Actually I think if I set out to do anything specific in my writing, I’d probably fail. It’s more about jumping in with an idea and not knowing what’s going to happen. Sometimes what happens surprises me, and sometimes it can be frustrating.

BM Along the lines of the last question, do you see mystery as an important element in your poems? I got the sense that the impetus into your poems has a lot to do with not knowing where you’re going to end up. I also feel like there’s an integral mystery to many of your poems, like I’m not supposed to get them entirely. I guess I’m curious about how you see your relationship to the unknown, if any such relationship exists for you in your work.

JB Can you give me an example of what you mean? Maybe you actually do get them?

BM I mean something along the lines of what you said about humor, that you value it but never go for it. It’s not that I don’t feel like I get your poems. On the contrary, I feel like I understand without understanding them, which is something I love and try for in my own work. I was thinking something along the lines of what Stevens meant when he said “poetry must resist the intelligence almost successfully … ” Your poems do this with a regularity that I find admirable (this isn’t really a question, but I’m hoping to you can respond to it anyway).

JB I see, and also, thanks. This is also something I value a lot. I get it when I read your work too, which is probably why I initially connected with it. Andrei Tarkovsky believed that art should directly affect the heart, which is something I really believe in. I feel like there are a lot of intelligent poets out there, more so than me, but they produce work that doesn’t connect to my heart at all. That’s fine to a point, but then I wonder what the point of reading is if it’s not going to somehow affect me emotionally. I like things I can believe in.

BM Do you feel like cliché or using cliché to create a set of parameters that you can undercut has a place in your work?

JB Yeah, definitely. I really like to subvert things, and taking ideas familiar to others and subverting them is something I enjoy quite a bit.

BM What does the perfect poem look like for you?

JB James Tate’s “Distance from Loved Ones” or “Summer, Maine Coast” are both pretty perfect. So are Ted Berrigan’s sonnets.

BM One of my favorite poems in the collection is “Earth Night” because it balances elements of spontaneity and surprise with linearity and cliché. Many of the tangential moments in the poem sprout from the central scene of three people talking in an apartment, two of them former lovers. I often think that the most surprising moments in poems come because they are weighed against the context of the unsurprising or the seemingly predictable? Do you make any of these considerations when moving from line to line during the writing of a poem?

BM Are there any writers you look to specifically for inspiration?

BM It seems like the writing scene in Chicago is really strong right now. How do you feel about Chicago as a writing city? Can you attempt to analyze the scene for us?

JB It’s mostly jocks and nerds and of course you’re going to have your fair share of interesting tidbits, but like most everything we settle it on the tennis court. Chicago is a good place for any type of artist, I think. There are a lot of opportunities here.

BM What are you reading right now?

BM In the end we all die, right? So why keep writing poems?

JB It makes me happy.

Smiles of the Unstoppable is available now from Magic Helicopter Press.

Ben Mirov grew up in Northern California. He is the author of Ghost Machine (Caketrain, 2010) and the chapbooks I is to Vorticism (New Michigan Press, 2010), Collected Ghost (H_NGM_N, 2010), andVortexts (SUPERMACHINE, 2011).