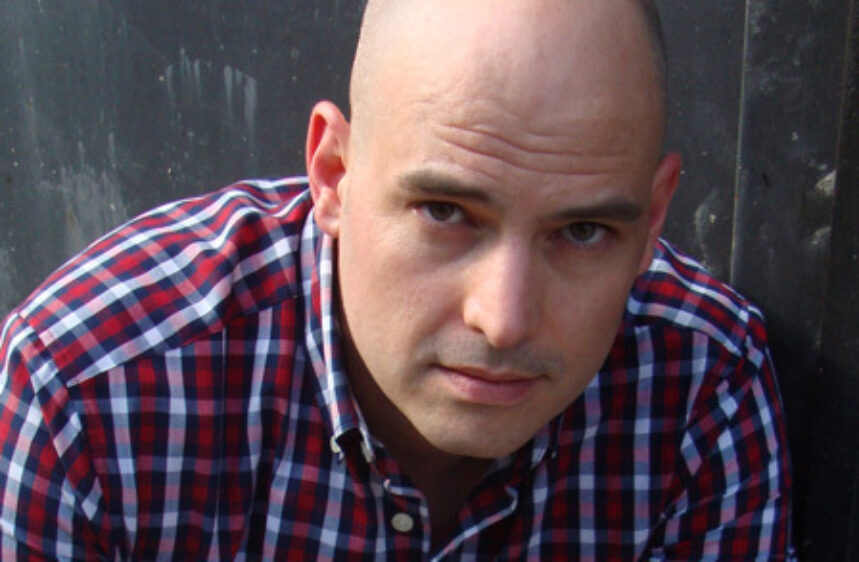 In anticipation of the 2012 Poets Forum, our friends at the Academy of American Poets will conduct a series of six-question interviews featuring six different poets leading up to their event this month, October 18–20. BOMB is excited to be able to share the next interview in this series, a conversation with Timothy Donnelly.

Poets.org How do you know when you’ve finished writing a poem?

Timothy Donnelly People love to repeat the famous Paul Valéry quote, “A poem is never finished, only abandoned,” and I don’t blame them. I just quoted it myself. It’s snappy, and memorable, and there’s truth to it, too—in the author’s lifetime, no poem is ever finished the way a race is finished when the time runs out, or the way a bottle of champagne is when the last drop is drunk. A poem has no temporal or material fixity like that—the author can always dive right back into it if he or she decides to do something differently, or thinks of something to add or to take away. After the author dies, however, his or her poems are all finished, like it or not. Even the unfinished ones.

But at some point during our lifetime we have to learn to let our poems be. One aspect of the beauty of almost all art has to do with the fact that it didn’t have to be, by necessity, the way it is, but had instead the liberty of being pretty much however, or whatever, the artist desired it to be. So that no matter what the artwork would seem to represent or intend, if anything, it is always also a record of that liberty, that desire. We have to become content with the fact that a poem seldom clicks into place with mechanical perfection, and we have to remind ourselves that when a poem does strike us as impeccable in its construction, we often experience less liberty and desire in it. I think the very best poems aim for a perfection that they wisely let themselves surpass by missing. They veer off in favor of something more sensuous, flawed, complicated, and exciting.

And we have to become content, too, with the fact that a poem won’t be all pulsating and bright like radium when we get it exactly right, indicating we’re ready now to advance to the next poem. There isn’t a science to it, and if there were, it wouldn’t be an art.

That said, to answer the question, I know that I’m finished writing a poem when I feel that I am. After two decades of experience I have come to trust that feeling, almost entirely. Or I know that I’m finished when I can read the poem from beginning to end and it feels in my head the way it feels in my gut and arms and chest. Or when I can look at the poem typed out in front of me and my limbic system approves. I don’t mind error or irrationality if they capture the morphology of feeling and thought in a fresh, distinctive way. For example, I just now realize that a footrace isn’t finished when the time runs out, but when the first person crosses the finish line. Or is it when the last person crosses it? Or maybe the race starts only once, when the gun goes off, and then it ends as many times as there are racers.

Poets.org What word are you proud of sneaking into a poem? What word would you never put in a poem?

TD This is a great question. When I started out as a writer, I think I was much more of a word-fetishist than I am now. The evolution was gradual. When I had only written a handful of poems, I think I was more attuned to the shiny newness of each poem’s lexicon, and for good reason—I had no history as a writer, everything was new. I felt the interior fanfare whenever some snazzy unfamiliar word was first paraded into my imagined concordance. I remember being particularly proud of myself when, at 20, I worked the German word Gemütlichkeit into a poem. I used it in the phrase “the Gemütlichkeit of an artichoke.” I don’t remember too much else about the poem anymore and I still don’t speak German. What I know is that the crucial unit at the time was the word, maybe sometimes the phrase. The poems suffered for it.

Two decades later I can’t pretend to have lost my taste for words as things per se, not really, but I do tend to think of them less as discrete units and more as parts of an interrelated system, and I tend to evaluate them that way. For example, in my first book, I was pretty happy to fit the word gastrointestinal into a poem called “Sonata Ex Machina,” and I was even happier with the phrase the word was part of, namely, “an arrangement of gastrointestinal blips.” But I was happier still with the rather vocabularily laid-back passage that comes right after: “and this only at night when the / program at night when the program skips.” I still love a good word, but syntax is where it’s at.

For that reason, outside of the usual hate words, there’s no word I would ever categorically refuse to put in a poem, or couldn’t imagine finding some place for. In a long sequence I finished recently, I even found room for the words Barry Manilow.

Poets.org What do you see as the role of the poet in today’s culture?

TD The role of the poet qua poet is to write poems. What is the role of the architect in today’s culture? What is the role of the chef? The answers are self-evident. A poet writes poems. I don’t see any other additional role or function or responsibility that all poets share, at least not by necessity, in today’s or in any other modern culture. Poets, like all artists, are at liberty to pursue their work in pretty much whatever lawful way they want to, for better or for worse, and toward whatever goals or artistic ends they happen to aspire to, without having to worry whether the results of their labor will satisfy any predetermined role or set of expectations their culture or society has in mind for them. No one would expect the architect to illuminate the masses with her glass-walled atrium, or ask the chef to speak on behalf of the community with his chicken fricassee. They might end up doing just that, but no one would say that it was ever really their role to do so.

The same is true for poets. But because a poet’s work has often been found to shed light in a somewhat more efficient way than buildings, and because it has tended to represent its times in a more immediately apparent way than most food can, we come to expect the poet to serve roles like these. Illuminator, mouthpiece. Provocateur, wet nurse, exorcist of the intellect, builder of the right and sturdy dream. Scarecrow, bell-ringer, scapegoat, pharmacist, weather-maker, map-maker, firefighter, arsonist.

And let me be perfectly clear: I don’t think this a bad thing at all, not by a long shot. In fact, I think a poet should walk out into the world with as many of these hats on as he or she wants to and can manage to pull off. But it should be thought a privilege to do so, and a pleasure, and definitely not a burden, not something a poet qua poet has to do in order to make some sense of himself or herself in society.

Poets.org Which poet’s work do you continually go back to?

TD There are poets I don’t really go back to so much as never depart from, never don’t have on my mind, one way or another, whether it’s the larger part of the body of their work or else just a handful of poems that have become a permanent part of my mental life: much of Chaucer, the Pearl poet, Wyatt, Sidney, Shakespeare, Milton, the Wordsworth of The Prelude, Keats, Tennyson, Dickinson, Rimbaud, Hopkins, Eliot, Stein, Frost’s “Directive,” Stevens, Crane, and Plath, among others.

Pretty canonical stuff, nothing surprising. Over the last few months specifically, however, the poets I picked up more than once for the sake of personal stimulation and/or reward rather than for work purposes include John Ashbery, Mary Jo Bang (her translation of Dante), Jorie Graham, Claudia Rankine, and Mark Strand. When it comes to hunkering down with work I feel motivated by, I’m just as likely to read prose (Kafka, Woolf, gothic novels, Nietzsche, David Foster Wallace), listen to music on my headphones (Beastie Boys, Fiona Apple, Silversun Pickups, ’70s soul, ’80s nonsense) or watch Stanley Kubrick or David Lynch or Alfred Hitchcock movies or fast-paced crackpot TV shows like Ancient Aliens or Paranormal Witness.

Poets.org Are you on Facebook, Twitter, or Tumblr? How does that fit into your writing life, if at all?

TD I’m only on Facebook. And I have to say, a lot of poetry, reviews, essays, and news articles I might otherwise never have caught wind of have been brought to my attention via Facebook. I’m sure that all that reading, even just the sheer variety of it, has had a stimulating impact on my writing. I also think that Facebook can provide a feeling of community that can compel writers to aspire, give them a sense that there’s an eager and educated audience waiting to see what it is they do next so they better aim high.

I don’t really have the free time to devote to Tumblr but I can imagine that I might have been into the whole curation of it all at some point in my life, like in my 20s, at least for a little while. Maybe when I was in grad school or just after. I have a hard enough time focusing without Twitter, which seems like an endless stream of chatter to me. When it functions as a news ticker or directs you to something meatier elsewhere on the web, that’s great, otherwise it just seems like a totally stultifying waste of time, like soundbites in lieu of substance. Not for me.

TD Right now I’m reading Emily Dickinson and some Dickinson criticism, including Sharon Cameron’s Lyric Time, for a seminar I’m co-teaching with Mark Strand at Columbia this fall. I’m also reading Alfred Habegger’s biography of Dickinson, My Wars Are Laid Away in Books, student poems, poems submitted to Boston Review, and manuscripts I’ve been asked to blurb. I almost never get the time to read for pleasure during the school year but I always keep something great within reach so I can dip into it when I have the chance, like Maldoror by the Comte de Lautréamont or The Book of Disquiet by Pessoa.

The Academy of American Poets is a nonprofit organization. Events for their 2012 Poets Forum start on October 18th and will include a rich and varied selection of readings, discussion panels, literary walking tours of the city, and more. For a complete listing of events, go to the Academy’s website. BOMB is proud to feature interviews from the 6 Poets, 6 Questions series over the coming month.

Three Poems by A. C. Purcell 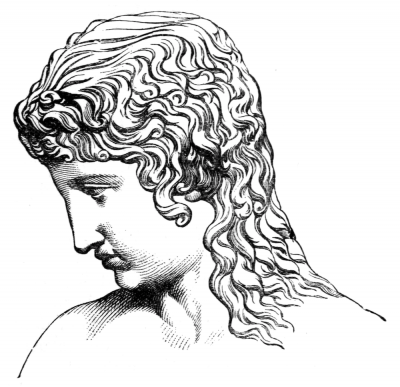 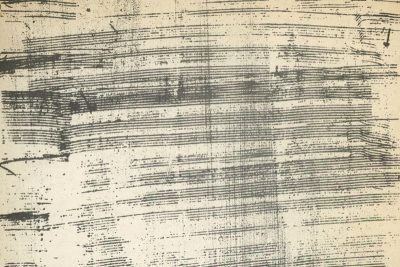