In anticipation of the 2011 Poets Forum, our friends at the Academy of American Poets will conduct a series of six-question interviews featuring six different poets leading up to their event this month, October 20–22. BOMB is excited to be able to share the next interview in this series, a conversation with Evie Shockley. 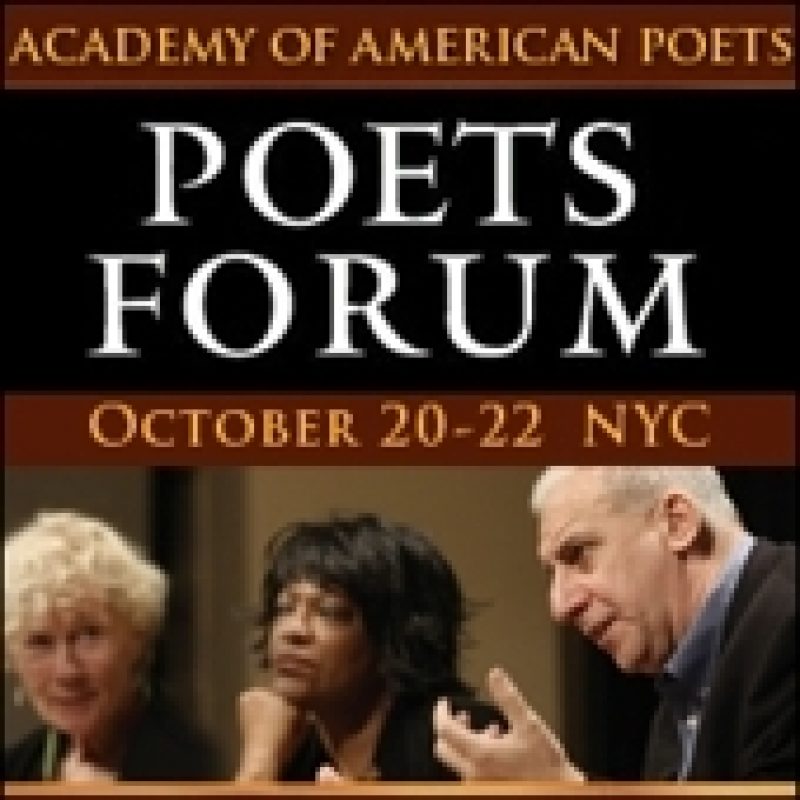 Poets.org How do you begin a poem?

Evie Shockley There is a fullness in my mind, a crowding and jostling and rumbling of ideas, outrages, phrases, and images, reaching as far as my mind’s eye can see in any direction, and I begin wading into the crowd and trying to make a space from which to think about what some (or all) of the things in it have in common or what they might have to say to each other—if I could only create an arena where that analysis or conversation could happen.

There is an emptiness on a page, a vacuum represented and magnified by the whiteness of the space, that goes until it ends but even in ending implies an endless continuation of that blank refusal of inscription, and I begin to muss it up, to get it dirty, to bring it into contact with the world in which it exists, to pollute it with laughter, injustice, loss, ambiguity, laundry, and any other thing that goes into the human experience of life.

Poets.org What books do you continually go back to?

ES Gwendolyn Brooks’s Blacks (which is to say her entire oeuvre, including her novel, Maud Martha); Hortense Spillers’s “Mama’s Baby, Papa’s Maybe: An American Grammar,” (not a book but a mind-blowing essay); Toni Morrison’s Paradise; Harryette Mullen’s Recyclopedia and Sleeping With the Dictionary; Ed Roberson’s Atmosphere Conditions and City Eclogue, among others of his; Brenda Hillman’s Bright Existence andCascadia, among others of hers; C.S. Lewis’s The Chronicles of Narnia, Octavia Butler’s Parable of the Sowers and Wild Seed, Charles Dickens’s Bleak House, Charlotte Brontë’s Villette; American Women Poets in the 21st Century, ed. Claudia Rankine and Juliana Spahr; Jamaica Kincaid’s Lucy; Shakespeare’s Sonnets; Audre Lorde’s Zami: A New Spelling of my Name and Sister Outsider: Essays (especially “Uses of the Erotic”); Alice Notley’s The Descent of Alette; and Sawako Nakayasu’s Texture Notes.

Despite the length of this list, by the time I see it in print (or possibly by time it has left my e-mailbox) I will be horrified by the absolutely essential books that I’ve forgotten to include—I just know it. This is one of the dangers of having had a lifelong love affair with reading. When it comes to books, I am wantonly and passionately polyamorous.

Poets.org Has your idea of what poetry is changed since you began writing poems?

ES Wildly so, thank goodness. I used to think poetry could be defined.

Poets.org Are you on Facebook or Twitter? Does that fit into your writing life, and if so, how?

ES I am on Facebook, but not Twitter. I’d say it fits into my life as a poet, but not my writing life per se. As a poet, it’s wonderful to be able to read (or view or listen to) the things my friends and other FB connections suggest will be interesting, or to overhear (or jump into, or start) a conversation on a subject that I care about. That is all intellectual stimulation, which helps keeps my brain afire with ideas that may turn into (or feed into) poems. I also like being able to find out about—and let people know about—readings or other poetry events, as well as to hear about new books.

Poets.org Do you have a writing group or community of writers you share your work with? Who are they?

ES I have had multiple writing groups and communities of this sort in the past: the Carolina African American Writers Collective was the earliest, but others were less formal circles made up of people I met at the workshops of Cave Canem and the Squaw Valley Community of Writers, respectively. One of the dearest was a tiny group that really just boiled down to myself and two close friends from grad school: Mendi Lewis Obadike and Christian Campbell. But it’s been awhile since I was actively and regularly sharing work with a group of poets. I feel like it would be great to get back to that sort of thing—but as a practical matter, I’m finding it more difficult these days to make the time—and for my close writing friends to make the time—for regular meetings or exchanges.

ES The books of the moment are a mix of summer reading that is rapidly coming to an end and reading in preparation for fall courses. Some highlights from both lists: I Hotel, by Karen Tei Yamashita (tour-de-force);Grave of Light, by Alice Notley; The Wise Man’s Fear, by Patrick Rothfuss (2nd volume in an in-process fantasy trilogy that is some of the best fiction I’ve read in ages); Lyric Postmodernisms: An Anthology of Contemporary Innovative Poetics, ed. by Reginald Shepherd; Discipline, by Dawn Lundy Martin (stunning); Ardency: A Chronicle of the Amistad Rebels, by Kevin Young; My Emily Dickinson, by Susan Howe (at last!); and The Cloud Corporation, by Timothy Donnelly.

The Academy of American Poets is a nonprofit organization. Events for their 2011 Poets Forum start on October 20th and will include a rich and varied selection of readings, discussion panels, literary walking tours of the city, and more. For a complete listing of events, go to the Academy’s website. BOMB is proud to feature interviews from the “6 Poets, 6 Questions” series over the coming month.