A novel that explores how a family can hide inside itself. 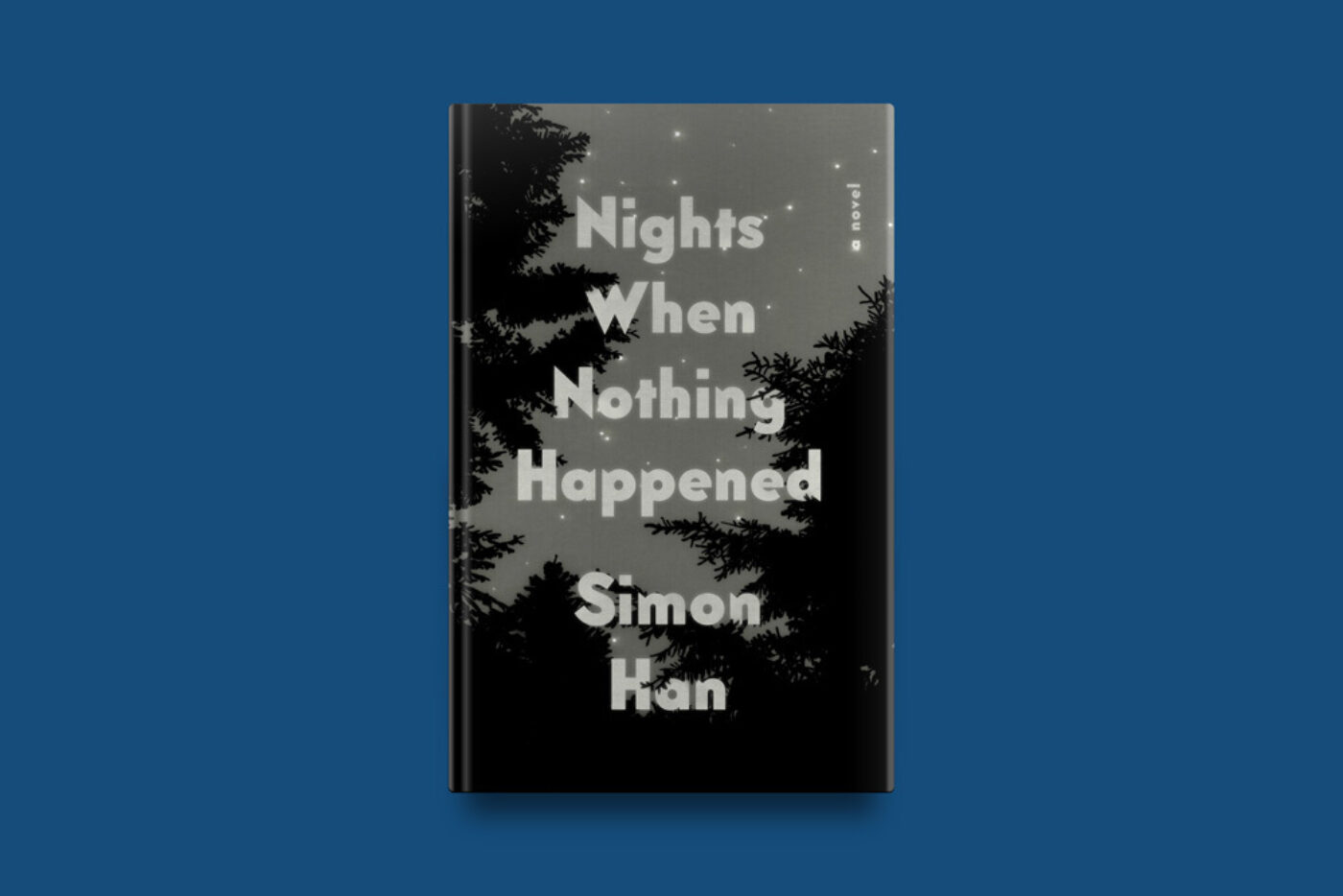 In his debut novel, Nights When Nothing Happened (Riverhead), Simon Han explores the intimate struggles within families and the impediments to finding acceptance in unfamiliar social and cultural terrain. The Cheng family are Chinese immigrants who moved to America and have to navigate a new, and often times hostile, suburban community in Texas. While the outside world is inhospitable and strange, the family slowly uncovers the ambiguities and tensions within their own home. Through Han’s poignant prose, Nights When Nothing Happened emerges a sense of belonging and strength, and the endless possibilities of love. Han was born in Tianjin, China, and raised in Texas. His work has been recognized by several awards from the Bread Loaf Writers Conference and the Tulsa Artist Fellowship, among others.

Carissa ChesanekI know this is the standard question just about every author is asked, but I am curious about what inspired you to write this particular story.

Simon HanI started it about six years ago, so it’s hard to pinpoint exactly what inspired me, but I do remember having this picture in my head of a child in a room full of adults, feeling scared and alone. That might be where it began and I tried to fill in the rest from there. The novel was originally a short story about a boy who follows his little sleepwalking sister into this scary encounter with two strangers. But it really became a novel when I realized that the interesting strangers I wanted to explore were the children’s own parents, and that’s where the bigger story came from.

CCThe book follows the hardship of a Chinese immigrant family living in a Texas suburb where they are not only strangers in this new place, but also strangers to themselves and their kids.

SH We’re used to hearing the common narrative of an outsider entering a community, with its conflicts and issues—there’s definitely power to that narrative. But I think I ultimately was more interested in how this family grapples with narrative itself. The children and the parents are living in a web of different stories and expectations that are projected onto them on a global, national, state, and local scale. They’re also grappling with it on a very personal scale, like inside the house within the family. Each family member carries their own personal stories and mythologies and so I became interested in how the space inside the house could also be a space in which there are insiders and outsiders, and what that would look like. This family, as a sort of coherent whole, is battling against society, but they have their own cracks as well.

CCYou have a similar background to these characters having also grown up in Tianjin, and then coming to America to live in Texas. How much of your own knowledge and experience did you use for this story?

SHI’m probably inviting a lot of comparisons to my life by sharing those details. I think a lot of first books are like that. There are similarities in terms of the facts on paper, but I was most interested in the various kinds of emotional terrain a character can travel through—being an immigrant, being a child of immigrants, and the strangeness of that. There’s a lot of room for play in that space. When you’re growing up, you’re not taking notes, you’re not really observant of the kind of story that you’re living in, and how weird that life might be. With time and looking back, I’m sure I drew from some of that in my life, but a lot of it was illuminating an imaginative space where I could let myself be a fiction writer.

CCYou touched on sleepwalking earlier. The youngest character in the book, Annabel, sleepwalked. The father, Liang, had sleep troubles—sometimes violent ones. Why did you want to explore sleep so deeply?

SHI left the suburbs of Dallas, where I grew up, when I was eighteen. Whenever I went back to visit, I would always feel very sleepy. We all get tired but this was something else. It was like I literally had no energy and I always wanted to sleep. I wondered why that was and it occurred to me at some point that it might be because I felt at home there. I never quite felt at home there until I got some distance away from it. When I came back there was a level of comfort. I became interested in this feeling of what it means when we sleep. We’re very vulnerable and completely unguarded. I think it’s easier to sleep in a place that feels like home, even though I didn’t want to claim this place as my home. Maybe that’s where the sleepwalking came from. I don’t think I was a sleepwalker myself. Sleepwalking offered another interesting imagined terrain. It straddles all sorts of boundaries of consciousness and time control. It’s very surreal, even though it’s also mundane. It’s someone moving through space but I think that maybe I found connections with that, to what the characters were going through, and it just sort of unraveled from there.

CCGrief and the memories of loss also play an important role in this book. The characters struggle with both throughout the story.

SH Grief and regret are connected, especially for these characters who are always undergoing so much change and turbulence in their attempts to find a new home. When you’re in the moment, it’s hard to distance yourself and be okay with what’s happening, or question what you could have done differently. But when the family finally settles down in Plano and finds more stability, that’s where the grief and the regret start to surface. They realize this is the home they’re supposed to have now but there’s still something missing. When they start asking questions, which they never really had the time to do before, they’re digging deeper, and I think that’s exposing a lot of the cracks that were there all along. 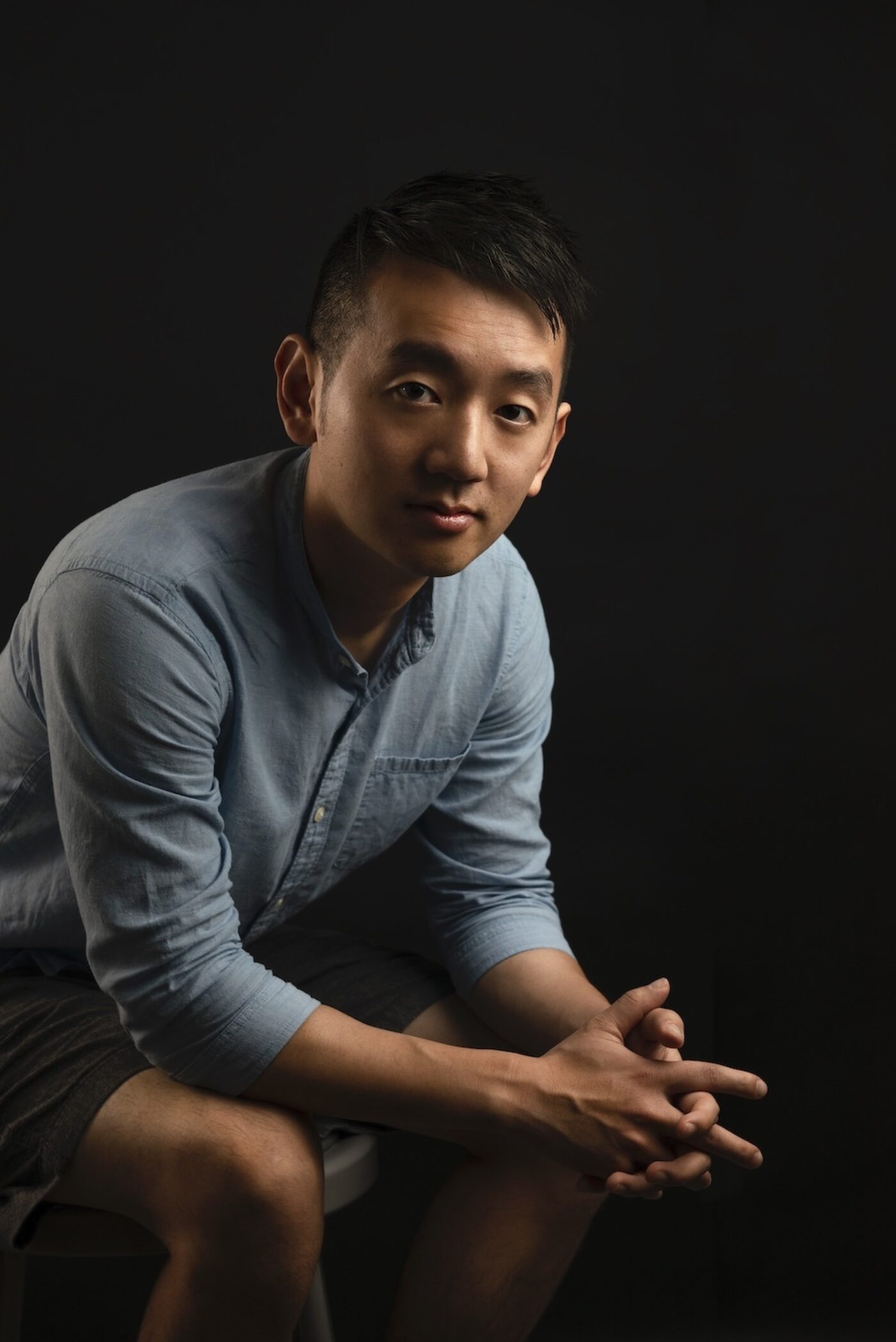 CC The structure of the book is set up with each section providing different points of view—or “cracks,” if you will—from each character. By doing this, we get a better sense of not only the character through their own eyes, but through the eyes of others, and how different those perceptions can be. I saw the innocence of Annabel through her brother Jack, but that changed once I was inside her head. Did you plan to structure the book this way or was this part of the revision process?

SH When it was a short story, it was only in Jack’s point of view. Once I decided to make it a novel, I realized it couldn’t just be told by one narrator because each character held their own individual stories, their own hopes and fears, and expectations. Sometimes they overlapped with one another, and sometimes they didn’t. And there’s all this silence between them. I think we needed access to each one to understand where the gaps were and that’s where the need for the alternating perspectives came from. I really love, Rick Moody’s The Ice Storm, and he  alternates perspectives in a way that offered a structural model. I felt the only way to capture what the novel was about was to have all four perspectives.

CC In terms of inspiration to your work, specifically to this novel, do you often turn to books for guidance or clarity?

SHI don’t think I necessarily read books to get inspired. I’ve worked on this novel on and off for six years so I picked up a lot of books on the way that I think inadvertently inspired me. But I thought a lot about books like Dracula and Frankenstein. Books about monsters, or supposed monsters, or characters who are sort of ostracized from society. Those kinds of books offered a different angle into the kind of questions I had. Think about Dracula as an immigrant story. It’s about him but we see him from many different angles and he’s always the object of someone else’s gaze. But he doesn’t have the agency to be the one who sees and we don’t really get into his head. He can’t even see him looking at himself in a mirror, and yet he’s also hypervisible. He’s a threat. The same is true of Frankenstein, the way that Mary Shelley employs this story within a story frame where you have this creature asserting his humanity by telling his story. He’s begging for his audience to understand that he is someone that can feel pain and loneliness, and wants someone else like him in the world.

I wasn’t reading these books while writing but they certainly influenced me growing up. Other books that have influenced me were Maxine Hong Kingston’s The Woman Warrior—the power of imagination to reinvent and create new realities—and the otherworldly haunted worlds of Toni Morrison and Shirley Jackson.

CC I like what you said about monsters … seeing them from different angles without really getting inside their heads. We see your characters from different angles, but what amazes me is how this particular family still keeps secrets from one another, and what continues to go unsaid.

SHI think secrets, especially for this family, operate as a protective measure. It’s not that they’re deceiving each other to be deceitful or to one up each other. I think it’s tied to their desperate need to love one another and to want to be loved by one another, but to not know how to navigate that because they don’t quite know each other.

I think it’s a particularly strange thing in a family where the assumption is that that love is just there. It doesn’t have to be earned, it just exists. I’m interested in the kind of love in which you do lie to one another, you do keep secrets, you try to protect yourself from being hurt. I think it’s true that the more you love someone, the more that person has the power to hurt you. The more you open yourself up to being hurt by them—it all sounds like a pretty bad deal, but we behave this way all the time and so does this family.

CC Do you feel this book poses certain questions about the love of one’s family and the secrets that we keep from one another? Are these aspects you hope your readers will take away after reading this story?

SHJames Baldwin said, “The purpose of art is to lay bare the questions that have been hidden by the answers,” and I think if anything, this book can lay bare more questions. Questions that will complicate the story of not just these characters, but of the story that we’re all carrying and trying to navigate, and the kind of relationships we have. It’s just never easy. I would hope that this novel highlights just how not easy it is.

CC Speaking of things not being easy, what’s it like having a debut book come out during a pandemic?

Nights When Nothing Happened is available for purchase here.

Carissa Chesanek is a New York City-based writer. She holds an MFA from The New School. Her work has appeared in The Rumpus, Cagibi, Guernica, The Brooklyn Rail, PANK, and Electric Literature. She is a member of PEN America’s Prison Writing Committee and an event staff volunteer at the Center for Fiction.