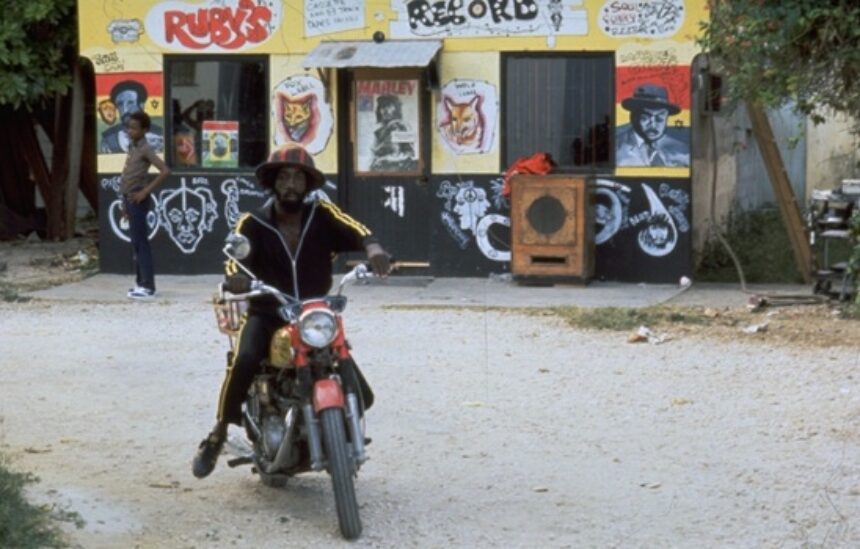 BAMcinématek’s Do the Reggae film series, which commemorates the fiftieth anniversary of Jamaican independence from British rule, examines the storied and often-overlooked genre that developed in tandem with the rise of reggae music in the early seventies. The works presented in Do the Reggaedescribe a unique style of filmmaking with merits all its own. Perry Henzel’s The Harder They Come, which featured an up and coming Jimmy Cliff as its leading man, is likely the most recognizable feature of the series, and its celebrity testifies to the historical impact of reggae cinema: the folk saga of Ivanhoe Martin was largely responsible for exposing American audiences to the Reggae sound, and primed its listenership to engage the rhythms of now-titanic figures like Bob Marley.

Rockers, a 1978 film directed by Ted Bafaloukos, is perhaps the next-best known of Do the Reggae’s selections. Bafaloukos pays homage to The Bicycle Thief, centering the spare plot of Rockers on the struggles of Jamaican drummer Leroy “Horsemouth” Wallace to find gigs and hustle records, purchase a motorcycle, and, after losing his newly-acquired bike at the hands of mafia-backed thieves, to exact revenge on the materialistic predators who populate the upper echelons of Jamaican society. In keeping with the film’s modest folk narrative, Bafaloukos’s directorial approach is close and unadorned, at times even observational. The director has acknowledged the project’s documentary origins, and while although Rockers clearly metamorphosed into a fully-fledged feature film during the course of its realization, it’s apparent that Bafaloukos made every effort to craft the film using only those resources he found closest at hand on location: Rockers grounds its cinematography in a raw and luxurious collage of Jamaica’s lush tropical scenery and ambling mountain roads; its characters are real local musicians whose screen presences in the film involve little proper acting or artifice. Finally there is the movie’s natural soundtrack, a constant wash of reggae that is omnipresent but never overbearing. The music does not overshadow the film’s narrative so much as enhance its mimetic quality. Horsemouth aims to support himself through the lightning-quick production and sale of reggae records, and keeps spiritually afloat through joyous and constant engagement with the music he loves; so too reggae serves Bafaloukos as the lifeblood of the film, an essential backdrop that concretely situates the audience in Horsemouth’s world. 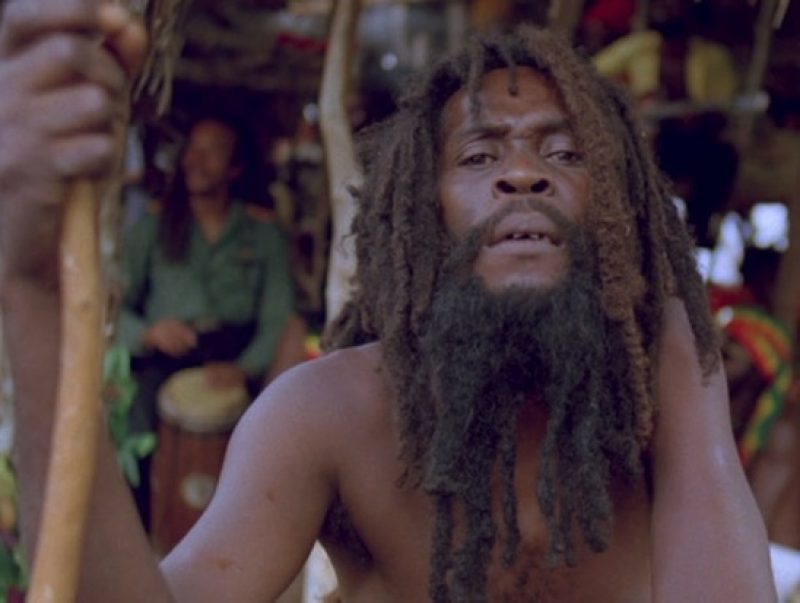 Rockers makes a clear priority of representing reggae culture on its own terms. Its dialogue is delivered almost entirely in a local patois, which, without the aid of subtitles, would be largely unintelligible and is difficult to parse at any rate. Bafaloukos is not interested in clarifying or smoothing these disjunctions; rather, he rather recommends that his viewer use his film to explore the environment it depicts. Rockers becomes a port of access into the Jamaican reggae scene, one that eschews explanations in favor of unfiltered, intimate contact. That engagement gets close indeed; in multiple instances, characters address the audience directly through its lens. The first of these occurs within the film’s opening sequence, which focuses on a Rastafarian jam ceremony; a Rasta offers spiritual advice to Bafaloukos’s audience that might easily serve as a guiding principle for watching the remainder of the movie: “Now everyone just cooperate with the love of I heights to survive.” Confidence in the guiding hand of a higher power is a value echoed by Horsemouth throughout Rockers, and its viewer is similarly well advised to submit to the film’s exquisite musical texture and rollicking if skinny narrative. It’s easy to write the film off as musically indulgent, but the frivolity of Horsemouth’s antics is balanced by nuanced examinations of the shifting social and cultural terrain of ‘70s Jamaica. Bafaloukos doesn’t choose between serious social realism and spirited filmmaking, and thanks to the vivacity of his cast and his chosen location, he doesn’t have to. Rockers repays patient and enthusiastic viewing, and it’s impossible to leave it feeling anything but rejuvenated.

Do the Reggae shifts its attentions across the Atlantic with Babylon, Franco Rosso’s gripping examination of racial tensions in Thatcher-era England. The film follows a group of young black Reggae aficionados as they navigate the perils of urban prejudice in Brixton, where they’ve rented out a garage in which they can freely listen to reggae music. Like Rockers, Babylon is not heavily plot driven, and instead focuses on close documentation of the bleak social reality in which its characters find themselves—here, a gritty industrial landscape that is rotted through with systemic racism and the social pressures and strictures which attend it—as they try to manage a fledgling sound system and compete with rival cliques. Babylon weaves a complex social tapestry from these two milieus, examining the frictions between them to create slow-burning dramatic tension. 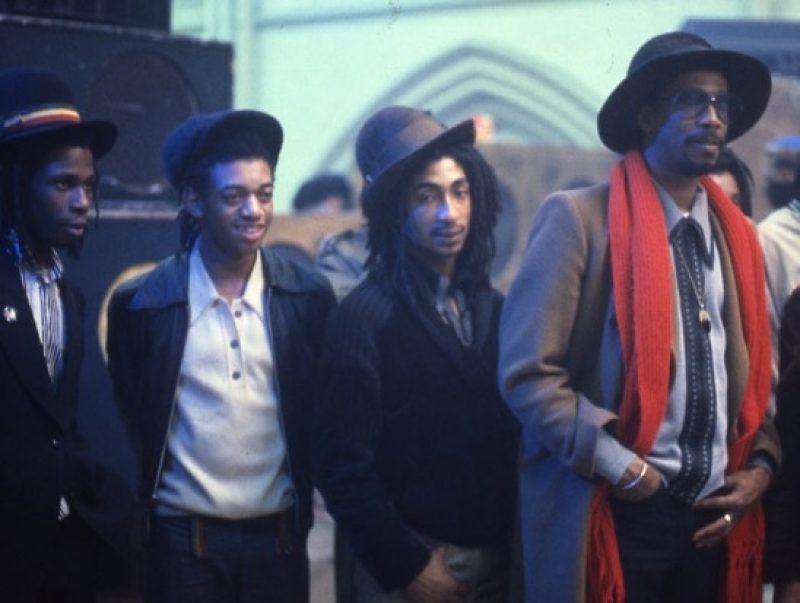 The film’s protagonist, Blue (played exquisitely by Brinsley Forde), is fired from the auto repair shop where he works after he gets too vocal and assertive with his prejudiced boss, and as a consequence of his unwillingness to assimilate quietly into the order of working-class Brixton, is forced to break with his parents. Blue tries to find solace in listening to music and carousing with the other members of the sound system—especially the crew’s unlikely white member, Ronnie, his closest friend—but things begin to spiral catastrophically as the Britons who live around the group’s makeshift clubhouse become more and more aggressive in their attempts at racial policing and intimidation. Babylon does not spare its audience or its characters the full cruelty of these antipathies; tensions spike and drop precipitously throughout the film, and eventually escalate to a devastating and unexpected head. In stark contrast to the triumphal, anthemic backdrop it contributed to Bafaloukos’s project, the reggae music that runs through Babylon assumes a tenor of rage and defiance. During one solitary walk, Blue coincidentally stumbles upon a Rastafarian religious ceremony led by a man he’d seen earlier walking the streets of Brixton in a full red, green, and gold regalia. In his sermon, the Rasta leader invokes the film’s title, identifying England as the “second Babylon” in which Rastafarians have found themselves, and, without missing a beat, tries to offer Blue the solidarity of membership in the congregation. If Rockers mined some hope in the reggae scene of the “first Babylon,” Jamaica, Babylon locates no such grace in the Brixton underbelly. Even the militant tonic of the Rasta’s speech falls on deaf ears: Blue finds himself just as lonely and socially disinherited as ever after visiting the church, and whatever self-reclamation he achieves by the film’s end comes at a terrible price.

Although Babylon is certainly a socially conscious work, Rosso’s primary interest lies not in outright political critique but rather in exploring of the psychology of his characters. What makes the film’s social observations so incisive and its dénouement so affecting is its remarkable pacing. Babylon doesn’t need to turn a wider lens toward larger systems and social architectures because it examines the minor tragedies of its characters’ lives in meticulous detail. Their ultimate loss of innocence is one of rapid acceleration: it’s a long but painfully explosive fall from grace. In a way, Babylon balances Bafaloukos’s efforts in Rockers; it offers a chilling and necessary counterpoint to the victorious optimism of the latter’s Robin Hood-inspired romp. The contrast between the films testifies to the breadth and variety of the genre of reggae film, and the effect of seeing the two works in close succession is staggering. Do the Reggae is commendable simply for the diversity of these selections—it offers a fantastic opportunity to explore a cinematic tradition that is rarely given its due at even the most eclectic of repertory theaters.

Ryan Sheldon is a writer living in Buffalo, New York. He writes for BOMBlog about books, film, and music. 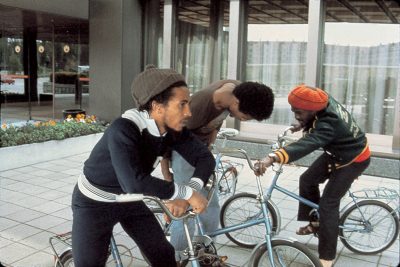 Rebel Music has the intimacy of a family album and the urgency of legend, for this rebel had a cause. 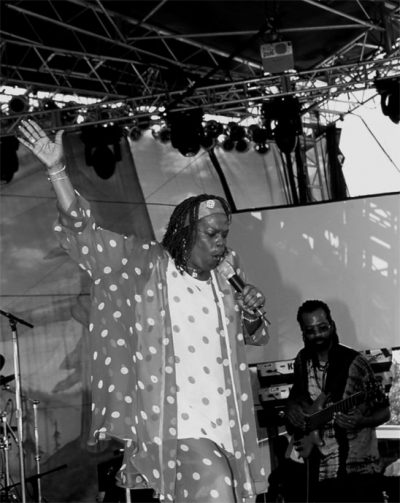 It is hard to admit to the subject of an interview—someone you have long admired for her righteousness and nobility, someone whose art has left you feeling a sense of appreciation for the dignity of artists who are socially and politically engaged—that your most primal connection to her is physical.