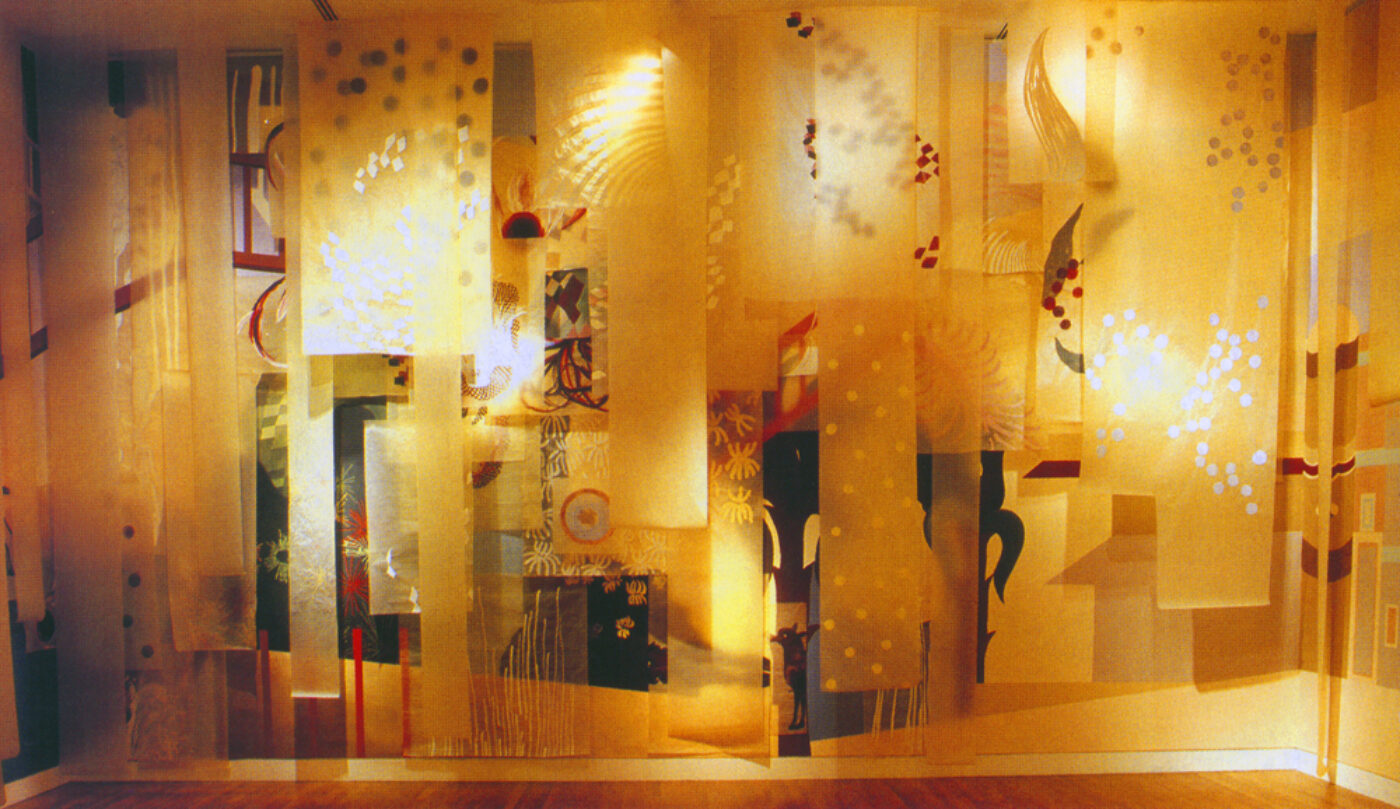 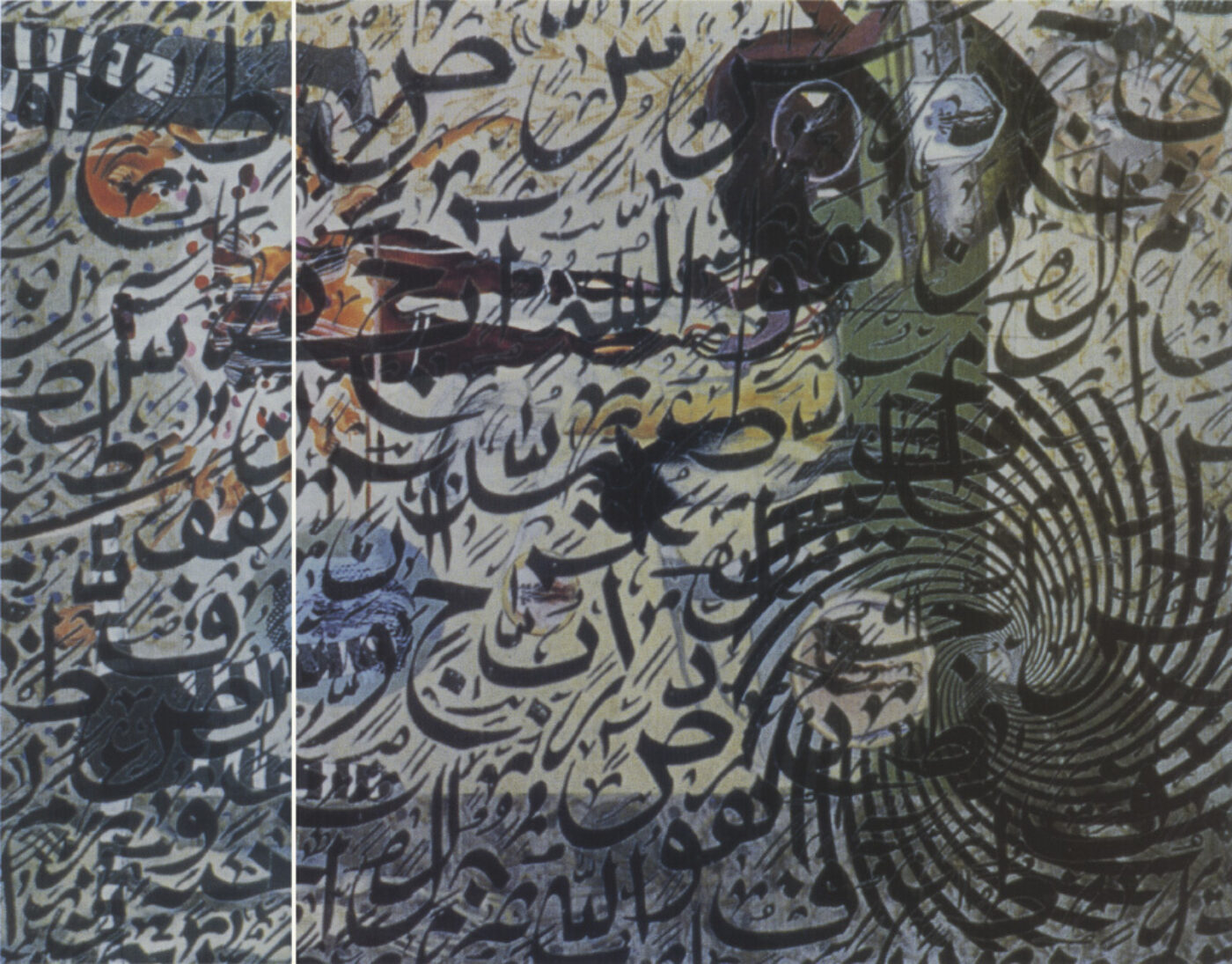 Sikander doesn’t need a tight-lipped, bespectacled chaperone watching over her at the dance; her veiled princesses in formfitting patterned leotards display more pelvic articulation than Alvin Ailey’s principal dancers. The kids are alright, she seems to be saying, despite Rushdie’s fatwa and the Taliban’s policy of zero-tolerance for the display of female skin. Sikander’s pleasures, in other words—be it the calligraphic strokes of the Mughal tradition framing her painting, or a whirling concentric mandala superimposed on a stop-motion silhouette—don’t come at a price. That is, frissons—exotic or otherwise—are more likely inspired by a pinwheel formation of cowboy boots tricked out like a cosmic sundial, or a flying gryphon hovering over rolling green fields, than the notion that a shy, unassuming girl from Lahore could turn her back on the Old Country, enroll in painting classes at RISD, and a few short years later design a MoMA banner that juxtaposes a milky white nymph from Bronzino’s An Allegory with Venus and Cupid with a 12th-century Indian sculpture of a celestial dancing figure in—true to its roots—a darker shade of pale. 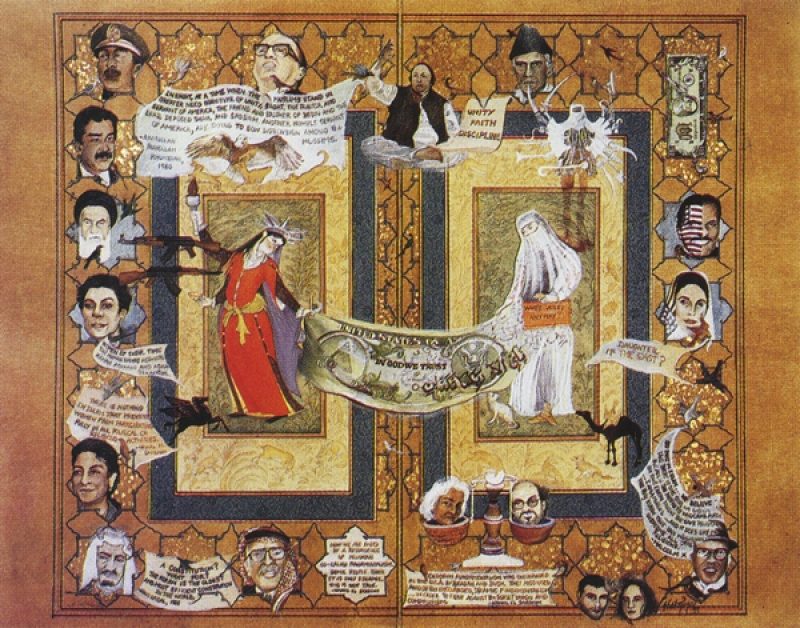 The charge we get from looking at a Sikander painting, whether in miniature form or displayed as a cascading collage covering the gallery wall, is akin to the thrill of gazing at a buxom Lisa Yuskavage nude, or the Old Masterish distortions of John Currin’s female cherubs: quite simply, it’s the ordered sensation of elegant rendering, well-paced intervals, or, in this case, a balance between ’80s style palimpsests and the hard-edged contours of late ’90s graphic design and architectural rendering. The truth is in the paint, not the antiseptic ideology surrounding it. This gut level reaction makes claims of a “transgressive” charge, or any pious reading that incorporates the artist’s personal sacrifice, or the risky revealing of—what else?—cultural difference, somehow hard to swallow. Political agendas tend to become moot in the face of visual poetry. 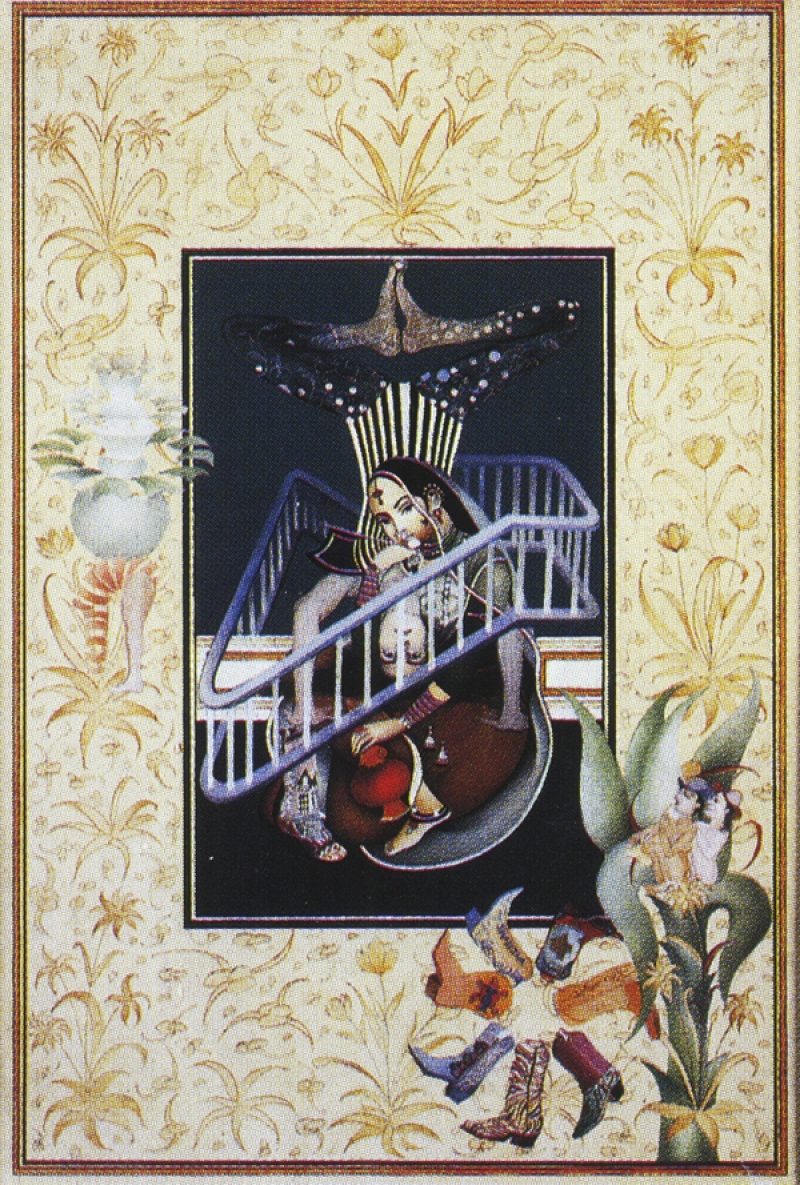 Multiplicity, hybridity, and the fraying of borders may be buzzwords at the moment, or a way of marketing an artist as the next, or the newest, or simply just more than his or her predecessors, but this quantitative reading tends to buckle under the weight of its own hyperbole. Doubtless, Sikander’s paintings are loaded with pastoral landscapes, pattern and design motifs, Persian arabesques, variations on the lotus position, trickster monkeys dangling poison fruit from a tree, and all manner of multilimbed goddesses of sword-wielding destruction. Is this the grand metaphor of displacement I’ve been hearing so much about? The pitched battle between East and West? Well, not exactly. Sikander traffics in themes of displacement, but she avoids the maudlin cliché of tragic exile and focuses on our universal desire for fictive transport—not from the dominant paradigm (whatever that is in this slippery moment), but from the more personalized sense of alienation that clings to each of us. 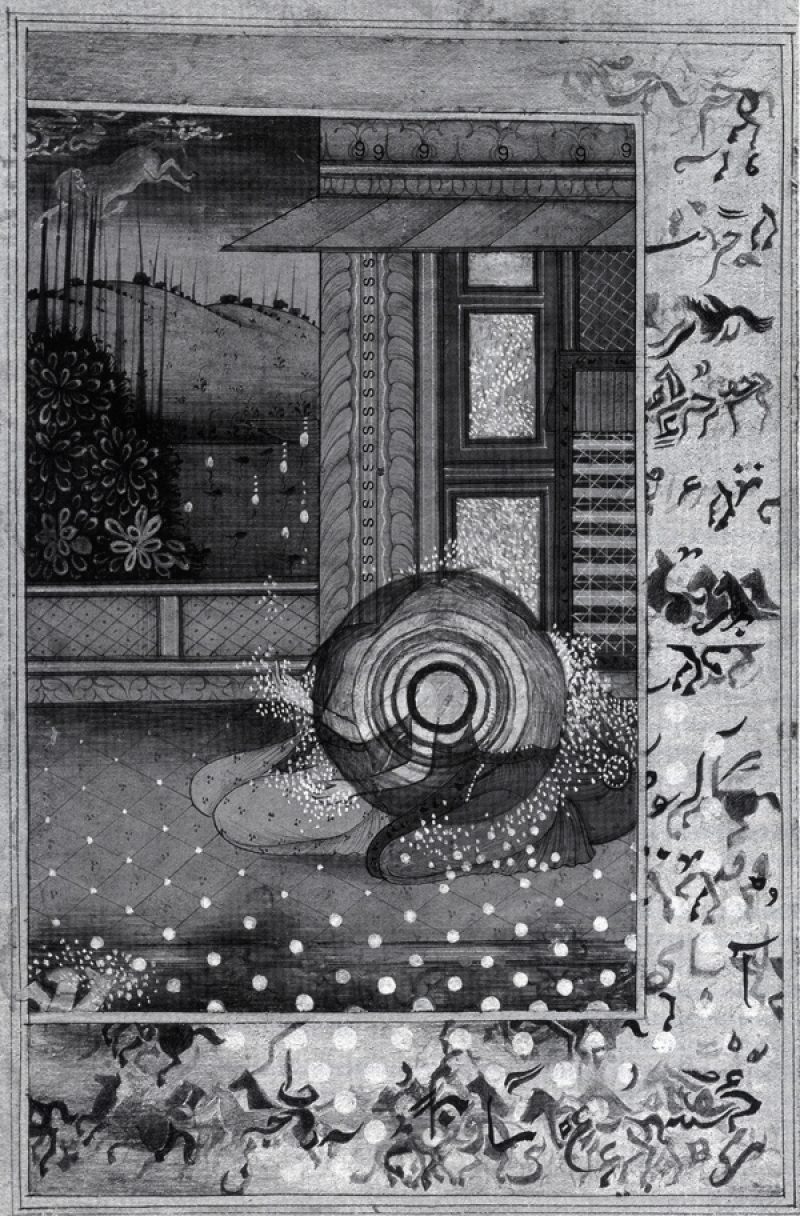 Bride of Angels by Maryam Mortaz 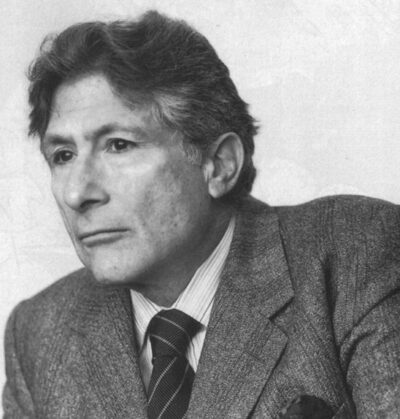 Edward Said talks with writer Phillip Lopate about his book, Out of Place, a memoir of his childhood and formation into the itinerate conscience of the intelligentsia and figurehead of postcolonial politics that we know him as today. 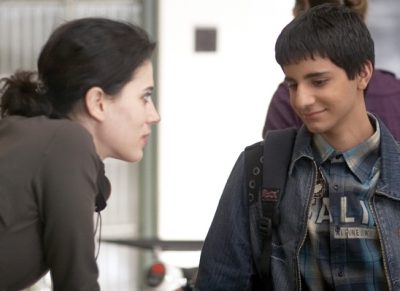 Dabis wrote her film Amreeka, in theaters now, in response to her family’s Arab-American experience. An immigrant’s tale, the search for a better future in the Promised Land is full of seismic changes.