Andy Kaufman and copyright meet in this conversation with the artist. 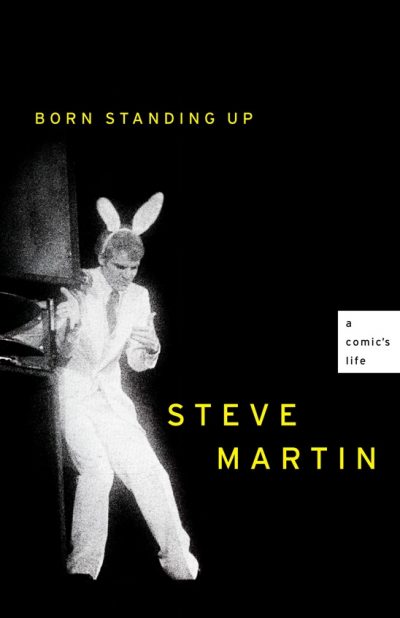 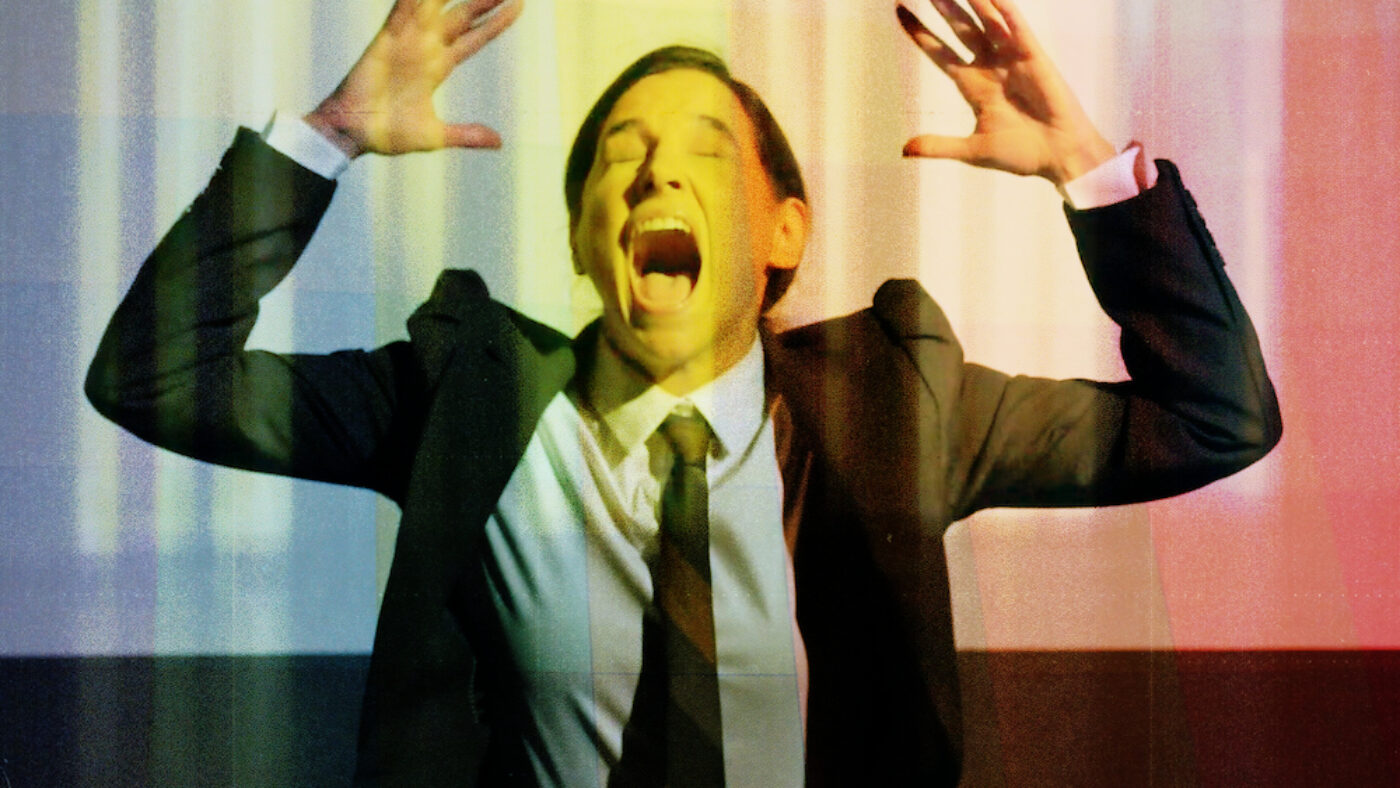 I asked Sara Greenberger Rafferty if I could interview her because of our shared interest in comedians. Also a mutual friend said she had a lot of insights on joke theft, which is a fairly specific thing to be insightful on. Rafferty is extremely well versed on this subject: in 2013 she led a discussion at the project space P! on the Patrick Carriou lawsuit against Richard Prince, who, among his wide range of previously-realized source material, traffics in old jokes. Rafferty debuted Mono, (2014) at the Whitney Biennial: it’s a video-based work that mines late night talk show host monologues to address issues of authorship. I approached her as part of my ongoing research on different issues of copyright in art, and our conversation was framed by a discussion of joke theft and comedic appropriation.

Cat Kron I wanted to ask you about the trope of comedy in your work, and the connections between how images and ideas are transferred in visual art and in comedy. I should back up and say that I’ve been looking into how comedians self-police joke theft in their communities. Your work, for example Mono, engages with the issues around comedic reperformance.

Sara Greenberger Rafferty Mono uses appropriated material from late-night monologues by Johnny Carson, David Letterman, and Joan Rivers. The jokes have been cut out, leaving a fluid script of primarily mannerisms and then one really bad joke about a transgender athlete. I hired an actor named Susie Sokol, from Elevator Repair Service, to perform it. One of the reasons why I’m interested in comedy, or the comic, as an archetype is that the performing body matters. So the performer brings a bodily content to the work. When we laugh at a Richard Pryor joke, even if it’s not something with explicit identity content, part of what we’re laughing at is Pryor’s specific mannerisms and affect.

CK That’s interesting. I’ve been looking at the arc of stand-up emerging from the tradition of Borsht Belt hack jokes. And, coinciding with copyright’s expansion within creative property in the sixties, transforming into this sort of persona-driven format. A unique persona is less easily copied, so jokes made in this character are identifiable as the author’s economic property. Contemporary, context-driven jokes aren’t amenable to covers the way musical compositions are for instance. But a comic’s ideas can still be reused or referenced in a way that’s recognizable to other comics.

However even if you were able to appropriate the mannerisms of the Richard Pryor joke with his exact delivery, in such a way that it could be considered a direct appropriation, the joke still wouldn’t function the way his does. It would be something else. Artist Donelle Woolford’s work is a case in point. Dick’s Last Stand does a credible impersonation of Pryor’s stand-up monologue, but at the tail end of a recursive chain starting with Pryor as an inscrutable persona, and extending all the way to Woolford herself as the alter-ego of artist Joe Scanlan.

SGR Comedians get angry when other comedians steal their shtick, or their affect, more than any single joke. In my discussion at P!, I approached the Prince versus Carriou case from the angle of joke theft because there are similarities in terms of execution. I started the discussion with a presentation with clips of comedians doing each others’ bits. [Cues clip of Andy Kaufman on the Tonight Show.]

SGR He had a transcript, right? It’s the exact same material.

CK It’s transformative on three different levels. He’s physically taking it out of the context of Archie Bunker or Ed McMahon. And he’s transforming it beyond Kaufman the comedian to his Foreign Man character—a faux-Oriental, non-native English speaker, the notion of whom attempting these American acts is kind of endearingly pathetic. [Kaufman transitions into a full-fledged, deeply convincing Elvis impersonation, shed of his earlier affect.] And then he’s positioning their short bits in this meta-comedy composition, which itself is a fully realized piece, as much as he’s also biting personas which took years and years to construct.

SGR This led to my point in directing the discussion, that the body presenting the creative act matters. [Cues Louis C.K. bit.]

Dane Cook: I’m thinking about kids. I want like 19 kids. I think naming them, that’s gonna be fun…

CK Whose was first? Was Louis’s first? I know they’ve had a dialogue about it.

SGR It doesn’t matter because Cook is a hack, C.K. is an anointed comic, so in the community’s eyes it’s his joke. But the joke fits in both of their personas.

The website Who Wore It Better does a pretty good job of making that comparison in visual art. The thing that bristles is that it doesn’t give dates.

CK Yeah, I like it as a premise but they totally disregard the context of each piece.

SGR The way an artwork is made and the way it looks are only two pieces of its meaning. We’re not living under a Modernist regime where everything is contained within the text of the object. For better or for worse.

CK The connections Who Wore It Better makes are interesting but when you isolate the work you’re not accurately depicting it. There’s a richness to these seemingly dry, minimal objects the site runs and when you cut out the back story—yeah, the forms are reused, and there’s probably some intentional copying at play in some of the comparisons. But even if one artist within the comparison made a certain formal gesture first, forms aren’t necessarily what I love about those artworks.

SGR Artwork ideas or jokes can also occur to people at the same time. An idea is not copyrightable, it’s the performance or execution of the idea. The site levels the forms to make a point about the nature of authorship. I think it’s the same situation in joke stealing—there’s the idea of the hack, the person without integrity, and then there’s the “artists’ artist” or the “comedians’ comedian,” who has the respect of a given community. And that kind of intimated understanding is not something that translates well to a legal framework.

CK I’m trying to parse how jokes function as intellectual property compared to visual art. For one thing, joke theft is actively monitored within the comedy community rather than by forces outside it.

CK Which is actually exterior to it.

SGR I do think that there’s a real conservatism within copyright. It’s a shame when new works aren’t allowed to circulate because people are so concerned about possible copyright infringements.

CK Right. I feel like existing copyright law hasn’t really been able to deal with art very elegantly, or sensitively, because of the nature of visual art, that it’s deeply dependent on context.

SGR And visual art is currently in this big pot, legally speaking, with illegally downloaded albums and films. I think people should pay for access to creative products so that artists can support themselves. I subscribe to cable TV, I pay to download movies. But that’s because I’m using these things as they are commercially intended—as mind-numbing moving-image entertainment. If I wanted to straight-up replay or package an episode of Sons of Anarchy in my work, or of course manipulate the footage as with Dara Birnbaum’s work, I think that should be totally legal. Back to your point, copyright pertains to commodities, and the rise of art as a commodity has coincided with the rise of comedy as a commodity. Both have become real industries, where you can have an actual career. The further we go in that direction, the further these fields get from a legitimate field of inquiry.

CK A world that protects people from any potential copyright infringement, to the point that others are afraid to use or reference their advances in the field, would be a very limited place to work. But that’s the community standard in comedy, as opposed to visual arts, or literature, where rights only extend seventy years after the author’s death. Using someone else’s joke is frowned upon even if they’re long gone—at least, if they’re known and have the community’s seal of approval. This is closer to the legal standard in other intellectual property realms, like software patents. I think it would be unfortunate if we progress too far down that path. When you’re operating from a position of fear you’re not able to do your best work, in art or engineering. That’s an unlikely, dystopian projection but—

SGR Right. I consider myself to be engaged in thinking and acting ethically, in terms of the expectations of my community. I sleep totally fine at night. On the other hand if I saw someone’s artwork and thought it was really smart, and then consciously made something exactly like their work I would feel like a hack.

SGR He’s saying, “Try and do it better.”

CK “You see me come into the club during your set—”

SGR “—hide your jokes.” I agree with him. But I think it’s a very masculine position and I’m not comfortably cocky the way he is. I would never do that. But he’s bringing his shit, his persona, to the joke. He’s a hack, but I actually think he has a right to “steal” jokes. It’s the social fabric of a non-contractual understanding among practitioners, of what is done and not done, what is true creativity. Creativity doesn’t necessarily have to mean original material. And novel originality should not necessarily always be valued above all else.

CK So there’s the divide. As far as copyright law, he’s in the right. But in terms of critical and social currency, he’s a hack. Copyright doesn’t really have anything to do with ethics. And yet it sets itself up as an executor of this incredibly ethically-driven premise of giving creative producers a way to make a living off their work.

SGR It’s ethical inasmuch as it tries to prevent people from stealing other people’s intellectual property and therefore livelihood. I think that the law is more conservative than the culture it’s protecting. It doesn’t support or protect the work of so-called appropriation practices, which are some of my favorite practices. There’s an overpopulation of images and scenes and it’s logical to remix them. But appropriation only makes sense when it’s the underdog taking on the alphadog. I don’t care for the brazenness of Richard Prince taking every single picture from one book by Patrick Cariou. But I don’t think it should be illegal.

CK In the handful of art litigation cases that are touchstones now, there aren’t too many where the less famous artist has won.

SGR I think the work is dumb, but the only reason that work is worth whatever millions of dollars is because Richard Prince made it. It’s not in any way because of any of the qualities of the pictures of Patrick Cariou. It’s one hundred percent because of Richard Prince’s interventions. It’s the whole body of work, the history and persona of Richard Prince, rolled into and behind the closed doors of that artwork. I don’t think it’s his best work but he absolutely has the right to make it and to sell it.

CK Right, copyright is only useful when it doesn’t impede freedom of speech, even if what’s being said isn’t always that valuable in the long run. The valuation has to be allowed to occur.

SGR And, by the same token, everyone should have the right to make bad art.

Work by Sarah Greenberger Rafferty will be screened from May 14–20 at the Whitney Museum of American Art.

Cat Kron is a writer who lives and works in New York City.