He forced his gaze past his own reflection in the plate-glass window of the restaurant, past the inverted letters announcing Thai, Cambodian, and Vietnamese cuisine, to the night beyond. Outside a heavy snow was shimmering down through diffused light. The flakes, plump, swift, accumulated on the cars parked at the curb. Across the street, the gray stones of city hall had turned dark.

“You know what I will never forget?” his brother said. The voice was a new one, shorn of the tone of railing mockery that had helped make their adolescence uneventful. How many times had the implied humor of that voice caused fists to unclench and sticks to be put aside in the dusty backstreets of the town on the banks of the great African river? But much time had passed. The voice was burdened now, and edged in urgency.

His gaze withdrew from the snow and the night and focused on his reflection, his face dark and chiseled in the overhead light. Then he turned to face his brother. Five years separated them—his earliest memory was of their mother bathing the new baby in a tubful of water drawn from the river—but he found himself looking into eyes that were red and disquieted, at a face so taxed by nerves that it appeared a decade older than his own. “What will you never forget?” he said.

His brother leaned across the table, as if to share a confidence. The restaurant was only half full, but it was small, the tables inconveniently spaced. “I will never forget,” he said in a voice meant not to carry, “that when you cut someone’s head off the blood spouts like two fountains from the neck and the head rolls away like a discarded cabbage.” Then he straightened up, and clasped one palm in the other. His voice had not wavered, and a smile appeared to be rising in the flesh of his lower lip.

Cabbage. They had just eaten cabbage. And that eaten cabbage began to rise at his brother’s words. He swallowed hard, and when that proved insufficient he took a gulp of water from his glass. As a boy at the Catholic mission school staffed by priests from this country he was now in, he had thought of taking the holy orders. They had shown him photographs of the château on the lip of the cliff, and of their mighty river that rivaled his own. They had spoken to him of the walled city and the seminary surrounded by a high fence, giving him in this way an idea of immeasurable safety. But he had known he would never learn how to deal with confessions. Confession—the declaration of wrongdoing by others—disarmed him, left him feeling helpless and unguided. Absolution was nowhere to be found within himself. So the thought had remained a thought, had never grown into an ambition. Still, they had not abandoned him. They had arranged to bring him here, to get him papers, to secure him a place at the university. “Why are you telling me this?” he said at last.

His brother pushed his empty plate aside, as if clearing the space between them. “So you will know,” he said quietly, “what others—what I, your brother—have done and what we have had to endure in the place of people like you, in the name of those like you, who left. So you will know how great is your debt to people like me.”

His brother’s words sucked up the air around their table. The silence deepened. He glanced around, as if to assure himself that the other diners had not simply vanished. He let his gaze linger there, on those benign strangers and their chopsticks dipping soundlessly into bowls, on their discreet smiles accompanying gentle words, and he felt within himself the rise of the new envy. Envy as thick as blood, as hard as bone. Envy—a kind of hatred, perhaps—as virulent as that a man might feel for the able-bodied as his own flesh was gnawed by some remorseless virus. This knowledge of safety that came so easily to them: he had been here for almost a year and still every waking moment the pores on his back prickled like teary, watchful eyes. He hungered for their security, and so he said in a brutal whisper, “I have incurred no debt.”

“If you refuse the debt, then you must stay here,” his brother said in a hardened voice. “You can never go back.”

“What is there to go back to?” he replied. “I have seen the news reports. You and those who think like you—you have killed thousands, tens of thousands … ”

His brother glanced away. “What would you have had us do?”

“Anything but that,” he said.

His brothers eyes glinted. “You have been away from home too long.”

From across the table a familiar scent drifted toward him, that of warm earth and leaves baking on the branch and a curl of smoke from a distant wood fire. It pushed back the smells of the kitchen, of tangy sauces and simmering vegetables and boiling noodles. He was only a few seconds in identifying it, but those few seconds suggested to him that perhaps his brother was right. Why, he wondered, had he not recognized that his brother still carried on his skin the scent of the sun?

“So what will you do?” his brother said after a moment. There was a hint of softening in his raw and anxious eyes. “You will stay here, in this town?”

“I am happy at the university,” he said quickly.

He hesitated. Then he said, “You mean it is not big enough for a man to hide in.”

His brother ignored the taunt. “I mean,” he said with disdain, “here you stand out like the smoke of a bush fire in the grasslands.” Then he took a deep breath. “You should move to the big city,” he continued in a friendlier voice. “It has universities, too. And many of our people are there—enough, yes, that a man could hide. I was there for a few days. I asked around. That’s how I found you. But as I searched for you, I thought some people recognized me, so I left as quickly as I could. It was easy. There’s a bus every hour, you know.”

“What do you want from me?” he asked quietly.

“So you betray me? I am your brother.”

He said nothing. He saw again, as he had seen too often on television and in his dreams, a young boy, all flailing arms and legs, tossed over the side of a bridge and used for target practice.

“And not only me,” his brother pursued. “Our mother, our father, and all those living and dead who have given you life. It is a big betrayal.”

“Let us not begin weighing betrayals, brother,” he said as he saw again a mother and baby in a death embrace, pinned together by a wooden stave thrust through their bellies and into the ground.

“I am no longer your brother.”

“As you wish, but even you must understand that there are other loyalties in this world.” And he saw again the looted church, its floor dark with a profusion of bodies and blood and limbs frozen in useless supplication.

His brother flapped his palm before him, as if shooing a fly. “Traitors always claim a higher calling,” he said. “Like those saints your priests so admired. Suicidal people who found dramatic ways to end their lives.” His brother’s eyes found his as a smile came again, more distinct this time, to his lower lip. “We have granted many of them their wish,” he said. “It must be getting crowded in Heaven.” Was that a giggle that threatened to bubble up through his throat? “There was no divine intervention when their time came, unless you count the sisters who showed us where they were hiding, of course. You know, white heads roll as merrily as black ones.”

“We have eaten,” he heard himself say quietly. “I will pay for your meal. Go now.” He could not believe he was saying those words. He recognized, even as they passed his lips, that he was leaping into a void. Word would spread in that community in the big city, would reach over the ocean to the larger community in that hot land drowned in blood. He would be condemned, shunned. With those words he was severing all his umbilical cords—but so many of them, he knew, had already withered.

He sat for some time after his brother left, not because he wished to enjoy the moist warmth of the restaurant or because he needed to gather courage before venturing back out into the icy night but because, for so long as he could sense his brother’s passage through the air to the door and out, he could not move, could not bring himself to enter his brother’s slipstream. Some people left. Others arrived breathless, with reddened cheeks, skates hanging from their shoulders. They had probably just left the small skating rink a bit farther down the road, just outside the city walls. There were colorful lights there, and music, and the continuous rasp of skate blades cutting ice.

His brother had left abruptly, standing up and sliding his arms into his coat sleeves in a single, fluid motion. He had turned, walked out with no word of goodbye, no glance backwards, leaving him in shock. He would have felt better had his brother spat at him or given him a last look of disgust: something for him to hold onto.

And so he sat there for some time in a kind of paralysis, feeling the weight and the dizzying lightness of a new freedom. The restaurant grew crowded. A clutch of people congregated at the door, waiting for a table to come free. He signaled for the bill, paid in cash and made his way out as the new people, sighing, claimed the space that no longer belonged to him and his brother.

Outside, in snow inches deep, he looked foolishly for his brother’s footprints. But the footprints were many, they were a multitude. He was filled with sorrow, and quickly with thankfulness. He didn’t know what he would have done had he identified his brother’s path, but as it was, he had no opportunity to find out. He had made his decision, and the snow had denied a way back. He headed down the street, treading carefully on the sloping, slippery sidewalk in shoes not made for such conditions, toward the lights, the music, and the happy people skating circles on the ice. There, in a darker corner off the square, he would catch a bus back to the university and the room that was, for now, his own.

Ahead of him, a bulky man in a dark overcoat swept the snow from his car with a long-handled broom. It fell off in showers. Beside him on the sidewalk, a young child in snowsuit, scarf, and toque snatched with mittened hands at the falling flakes, but they were too fast and too light for plunder.

Neil Bissoondath was born in Trinidad in 1955 and has lived in Canada for 30 years. He is the author of four novels, including Digging Up the Mountains (McClelland & Stewart, 2002) and The Worlds Within Her (Knopf, 1998), and two short-story collections. He presently lives in Quebec City, where he is professor of creative writing at the Université Laval. 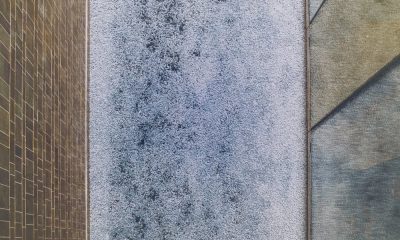