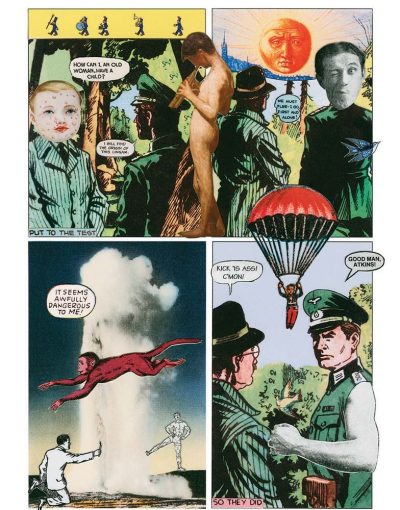 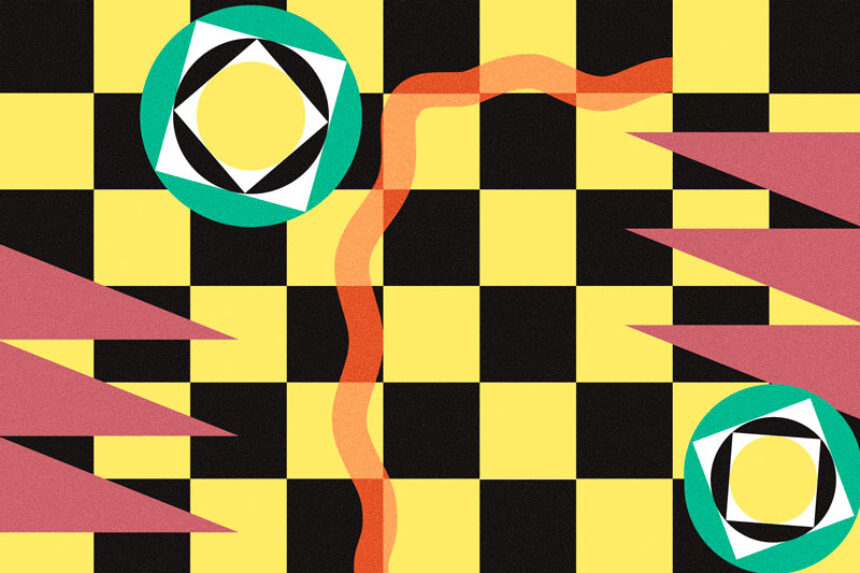 “Balloon Bust,” the opening story in Albert Mobilio’s new collection Games & Stunts (Black Square Editions, April 2017), reads something like the instructions for an esoteric hazing ritual, or perhaps the elaborate stage directions for a downtown play. “Stand with the others in the fenced-in yard,” it begins. “Each of us has an uninflated balloon. At a signal, given from someone outside the fence, from someone who used to be in here with us, we all begin to blow up our balloons.” The story amounts to half-game, half-stunt: we see a group of “contestants,” as well as a clear objective: to be the first to pop one’s balloon. 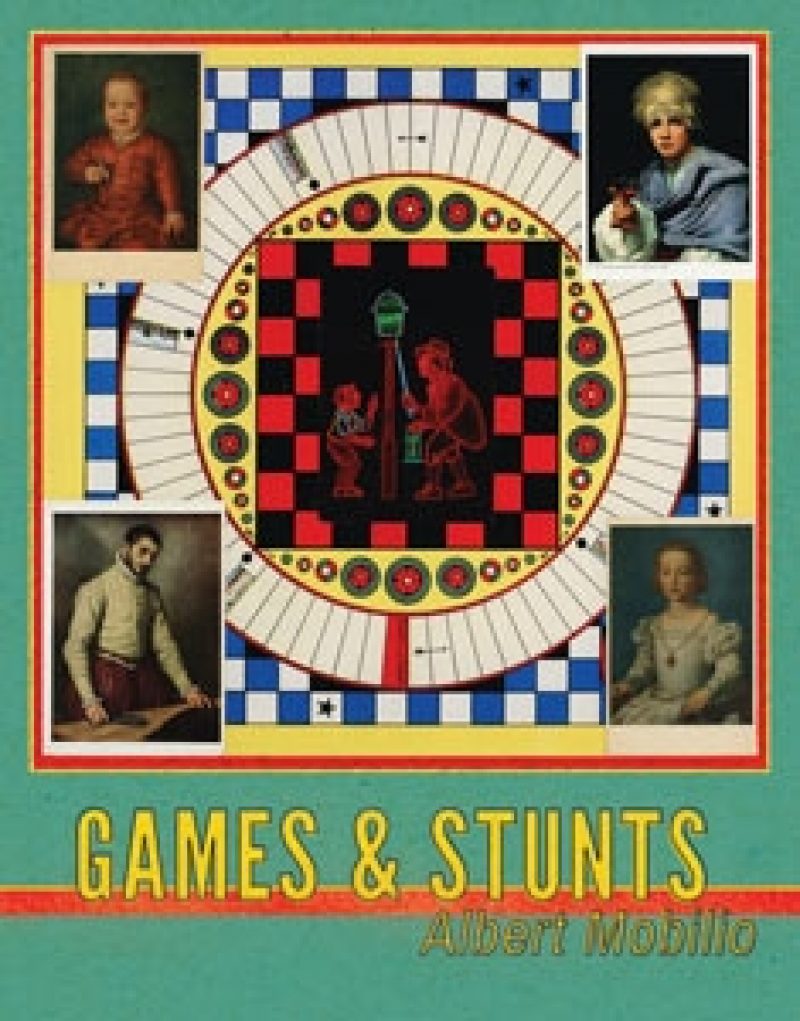 Participation is optional. “One plays only if one wishes to,” the epigraph states, taken from Man, Play and Games, an idiosyncratic 1961 work by Roger Caillois, the pioneer of game studies. Part sociology, part philosophy, part cultural criticism, Caillois’s study borrows concepts from various world cultures in the elaboration of a number of broad categories of play, ranging from agôn, “a combat in which equality of chances is artificially created,” to alea, “in which winning is the result of fate rather than triumphing over an adversary.” A tone of benign pedantry and a pleasingly opaque quality predominate—both of which seem to have inspired Mobilio in crafting the unique voice of Games & Stunts, which sometimes hovers above the contestants like an impartial commentator, diving at other times into their midst as a rival and co-conspirator. Like Caillois, Mobilio uncovers echoes of elemental human nature, both pathetic and profound, in the most trivial-seeming of juvenile competitions; unlike Caillois, Mobilio finds sly humor and beauty there as well.

In “Balloon Bust,” nothing happens, and somehow everything happens: one player wins the game, popping his balloon, but along the way the story grows more interested in the other implications, aesthetic and even metaphysical, of this contest: “All share this sense of fresh arrival, an awareness that, as it pushes away from our lips, room must be made in the world for this balloon.” After the game ends, the story lands on a note of melancholic grace, hinting at the fleeting nature of all triumph or diversion: “Outside the fence, another signal is given and we move into single file and begin walking. Dust billows around our feet and covers the pretty shreds of color that have fallen there.”

The fifty-odd games Mobilio enacts and annotates here at first seem inspired by childhood rites recognizable to the reader, like “Blind Man’s Buff” or “Simon Says,” but even the most familiar of these games possess outlandish flourishes. All the while, the droll narration—tightly lyrical, demonstrating a poet’s control of rhythm and image—betrays the subtext with a wink, alerting us that behind the fun, more is at stake, as in “Bull-in-the-Ring”:

The bull is inside a circle formed by the other players, who hold hands firmly. And this bull charges at the linked arms until breaking through and achieving—from a Calvinistic point of view—only a delusional sense of self-determination.

Deftly sidestepping the risks of a project that might feel, in lesser hands, like an intellectual stunt, Mobilio introduces a small cast of contestants-turned-characters known collectively as the Gang. With little of the intrusive exposition or self-conscious details of more “realistic” fictions, Mobilio channels a sort of heightened minimalism, focusing solely on scenes within clearly demarcated rooms and playing fields. He deploys his characters like Beckett: what we see is what we get, as far as character motivation goes, within this absurd, elliptical universe. In “Step-by-Step,” the humiliation one player feels, missing the ball thrown to him and being knocked out of play, connects with a more haunting sense of shortcoming and alienation, multiplied by the cool remove of the narrator’s address: “The penalty is for lack of coordination, for lack of anticipation, and for lack of reasonable expectation. For these deficits in basements and in bedrooms, you are replaced. No matter.”

Repeated actions and refrains in Mobilio’s stories shed a harsh light on the aggressions and corresponding fears latent in even the most mundane of exchanges. “Uncle Joshua Died Last Night” posits a game in which players take turns expressing canned sympathies:

“That’s too bad; how did he die?” asks the second player. Odd how the amplifying verb too in fact diminishes our sense of the speaker’s evaluation of just how bad a thing the uncle’s demise is. Not one of the players understands this first clause to in any way express actual empathy.

These rote volleys force each player to focus on the “intimate awareness of his or her own death,” like a game of “Ring Around the Rosie” for existentialist-leaning adults. Then Mobilio adds an additional challenge. With each detail revealed about the circumstances of Uncle Joshua’s death, the leader and her inquisitors physically reenact his demise, in an increasingly disturbing tableau—eyes shut, mouths contorted, one leg held high in the air. Both ridiculous and poignant, “Uncle Joshua” masterfully subverts its own ironic distance, inviting both players and readers to become the dead man, in a radical act of empathy and heart.

Games, for Caillois, “reflect the moral and intellectual values of a culture,” and Mobilio, placing his adult characters in scenarios ranging from dadaist silliness to stark physical confrontation, holds a funhouse mirror to many of the unwritten rules and daily cheats we hold dear. There are no clear winners or losers among Mobilio’s Gang, and characters move on mostly unfazed. This lightness of gesture, and the constant movement from one question to the next, rescues Games & Stunts from a feeling of sluggish moralizing or hollow experiment. The conclusion the reader is left with upon putting down Mobilio’s book most resembles Caillois’s fatalistic notion of alea: we may not all start with the same level of skill or mastery of the rules, but life’s outcomes are outside our control more often than most of us want to admit. We may never win, Mobilio suggests, but loss offers its own kinds of clarity or self-knowledge. Either way, don’t worry too much if you don’t like the rules or if things don’t turn out the way you hoped. In the world of these stories, at least, there’s always a next time.

Matthew Phipps has written for Broad Street, Blackbird, and The Millions. 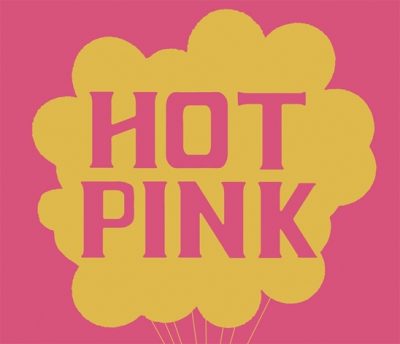 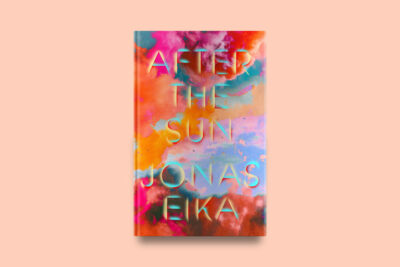