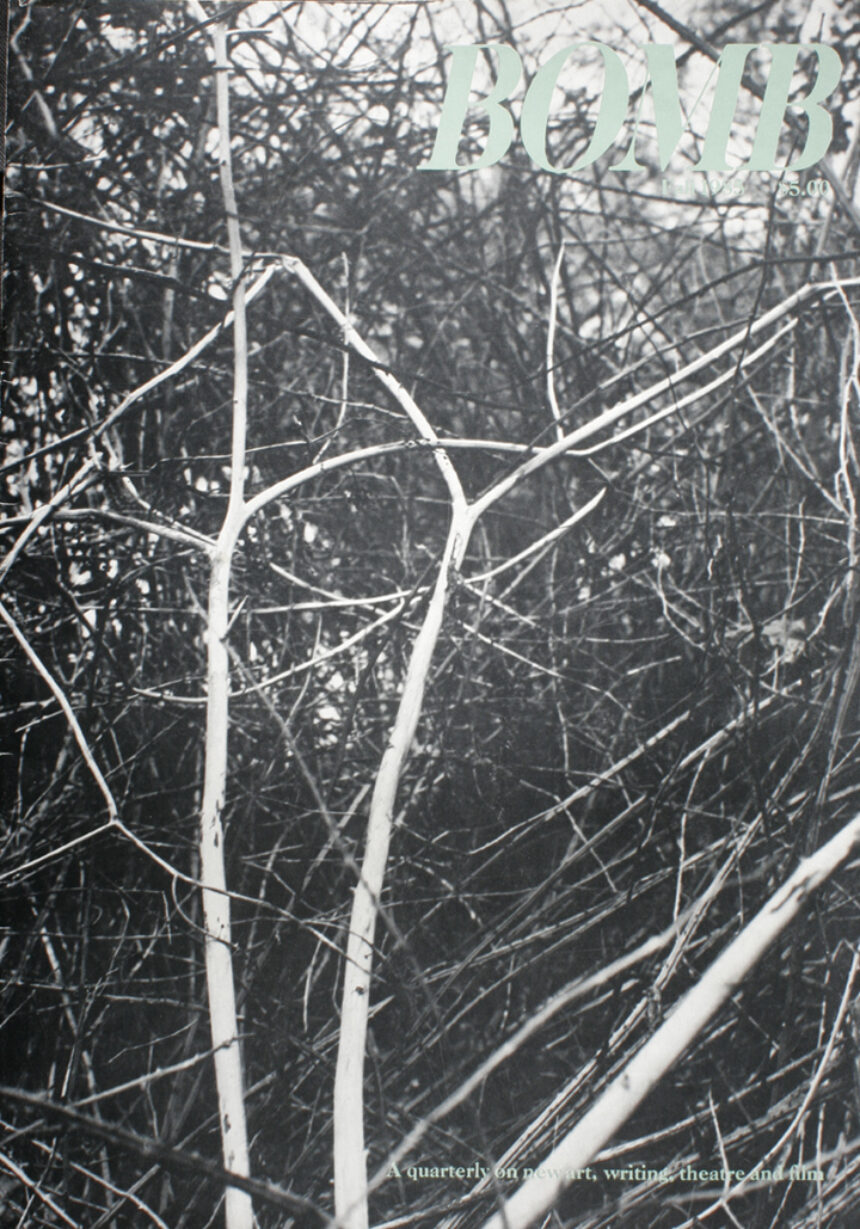 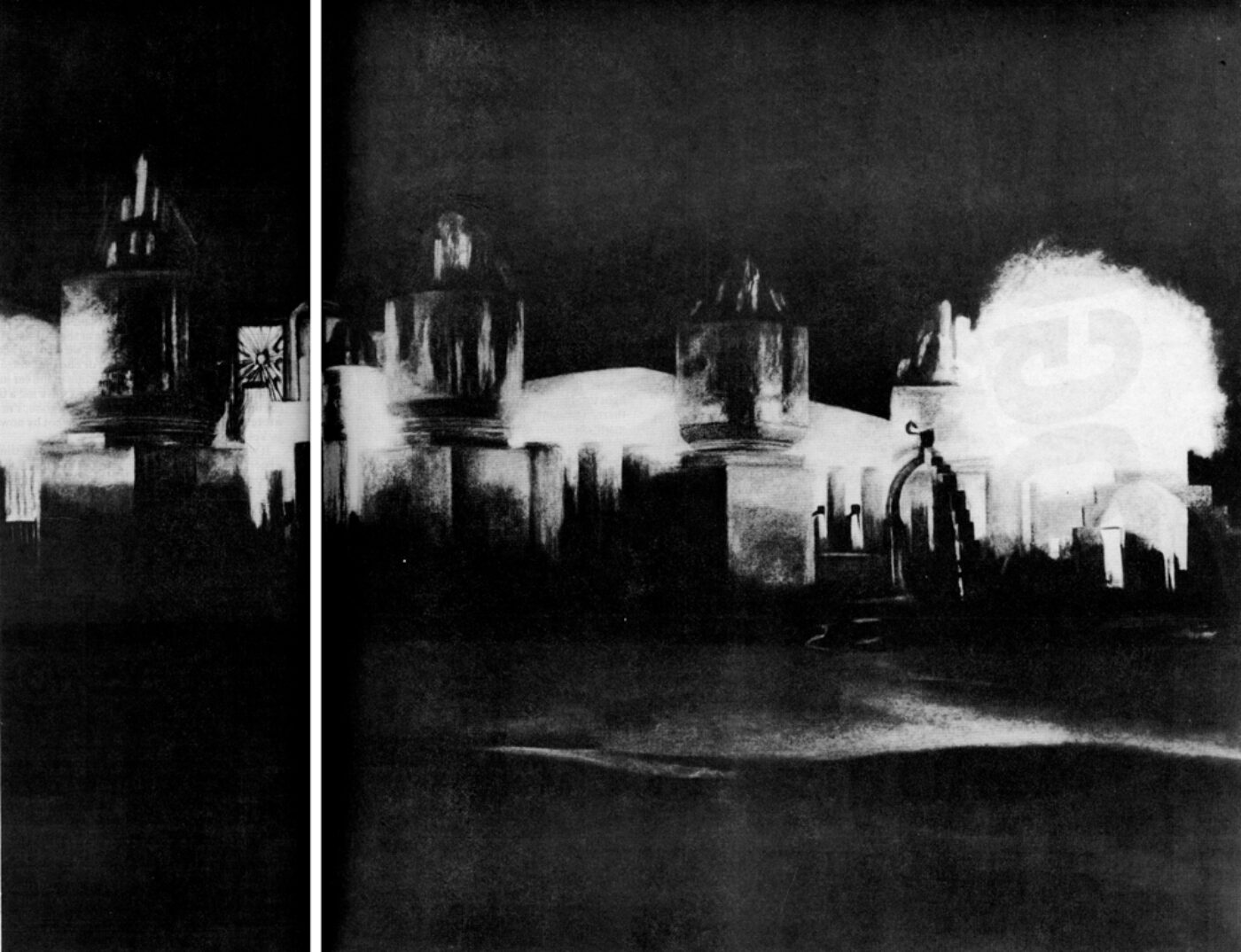 I have a friend, Que, who lives here with me. We’re very attached to each other, but at the moment, we don’t talk. She spends most of her time downstairs. I stay up here.

I love Que’s body—her legs, her back, her shoulders, her breasts. My difficulties disappear when I lie next to her. She puts her arms around me, and everything is safe.

The top half of the house is mine. I have the attic and the floor below. Que has the first floor and the basement; they both lead to the back garden. She goes down to the basement when she’s depressed, to lie in the room that catches the light. It smells like the earth, and there are always creatures there, spiders mostly, but sometimes mice. Once, in the middle of the night, we woke up to the most unearthly noise. Behind the cloth hanging in front of the fireplace we found a young blackbird, its squawks echoing up the chimney.

I look out of my kitchen window to see her in the garden. She’s often there, either planting or digging things up. I like watching her from above, and if she looks up, there’s plenty of time to step out of sight. Sometimes when we’re talking she’ll say, “Were you watching me today? I thought you might have been.”

Although she’s only 30, Que has grey hair, straight and cut blunt to her chin. It moves all of a piece when she does. When I first knew her, I longed to slip my hand between her hair and her neck, like slipping between the blanket and the bed. After we’d known each other a few months, she began to visit this house, and I developed a sexual passion for her. Every time I closed my eyes, I imagined her mouth, the excitement of kissing her, opening her mouth with my tongue.

At that time, my job demanded frequent trips to a town 150 miles away. I’d travel there by bus and stay in a house that belonged to a woman I’d never met. I liked the way she lived, the things she had around her. There were large wooden chests in the rooms and a settle in the kitchen. I loved sleeping in the single bed, dreaming, and slipping into the day unchanged. Que didn’t know it, but she’d travelled there with me, a ghost companion in those silent rooms.

The first time she stayed with me I took her out in the garden. It was the middle of the night. We ran out naked, swung on the swing beneath the trees, and laughed because of the neighbours. What she gave me in sense I gave her in sex; indecision and melancholy left me when it came to the body. Que made me feel as though I’d never be tired. Endlessly I could hold her, stroke her, move her, invent dreams for us to inhabit so she would cry, “We’re on a boat in the ocean now. Can’t you feel it? The water, the lapping sound against the side, the sun.”

More recently, we’ve been telling each other our dreams. Que began: I was carrying a bag and walking down a long dark passage. The walls seemed thick, and they were very uneven. It was like being in the cellar of an old farm-house. I had the feeling I was underground. I had a long way to go.

I came out in what appeared to be a small, empty shop. An older man I knew took my picture. He used an old plate camera with bellows and a hood. I knew the photograph would misrepresent me. I would look sad and tired, and I wasn’t.

The photographer knew I was going somewhere and kept offering me a lift. I didn’t want one. He left. I went down another passage at the back of the shop and on into the semi-darkness. I had a long way to go.”

There are two rooms in the basement. One is always light and the other always dark. Que painted one mostly black and the other all white. I can often tell the mood she’s in by what she’s doing and in which room. She’s best between the two, standing in the doorway, her back to the shadows. She leans against the frame and runs her fingers through her hair, frowning slightly. We have our best discussions then, when she begins, “I was thinking … . “

My favorite room upstairs is the kitchen. It’s small, and the roof slopes sharply to one side. There are two windows, a large one looking down over the garden and a small square one high up on another wall. I sit with the door open and look across the landing. I can see into the room opposite. I see a small mirror with an inlaid frame. It reflects the corner of the door jamb above my head.

It’s like magic up here. I watch a pattern of sunlight on the floor, or a bird, caught for a moment, as it flies above the house. I study the furniture and the corners of the room as if for clues. Que bows formally when she comes up the stairs. “Such an extremist,” she says.

For her, things are different. She doesn’t experience a sudden filling up or an emptying; her feelings are attached to things. They come as pictures. A shift in the image is her nightmare. “It was just as I was falling asleep. My eyes must have been slightly open. I could see the furniture around the bed slipping. There was this terrible clicking noise, and the whole room shuddered and slid. I was terrified.”

I sleep upstairs most of the time. My bed is next to the window, and the sun wakes me up in the morning. When it’s warm, I open the window, take off my clothes, and fit myself in the square of sunlight. It starts at the foot of the bed and gradually moves up. I follow it.

The house has begun to fall down. The steps in front are caving in, and the roof leaks. I noticed a crease in the wall paper and realized it was a crack.

Last spring we both went abroad. I needed a change; we both did. I went to Paris for two weeks, and Que went to Berlin to stay with a friend. I went alone and stayed in a hotel I’d noticed on a previous visit. I stayed right at the top. It was a small room, but I liked it. I liked the narrow round pillow and the pink sheets.

I walked miles, day after day, and spent the evenings reading in my room. One afternoon I found a little overgrown garden tucked in between two buildings. There were two other women there with a child. They were talking and would look over at me and smile. The air was clear, and the spring sunlight seemed to pick us out for special consideration. Those few hours seemed charmed.

Que and I arrived back on the same day, both of us pleased and somehow disappointed. I tried to explain how I felt when I was away, and how sometimes I got confused about what we gave each other. She gave me a necklace made out of knotted string, and then laughed and tried to hug me when I got upset.

That night I had a dream. I was in a large house belonging to two older women. One of them was showing me around. Halfway up the stairs she fainted. She bumped her head as she fell. I carried her up to their bedroom and laid her on the floor. There were two single beds in the room, one iron and the other mahogany. I assumed hers was the iron bed but realized it wasn’t made up. They both slept in the wooden bed. As she came to, I leaned over her and said, “It’s all right. You fainted. You were only out for two minutes.” It seemed important that she should know exactly what happened. 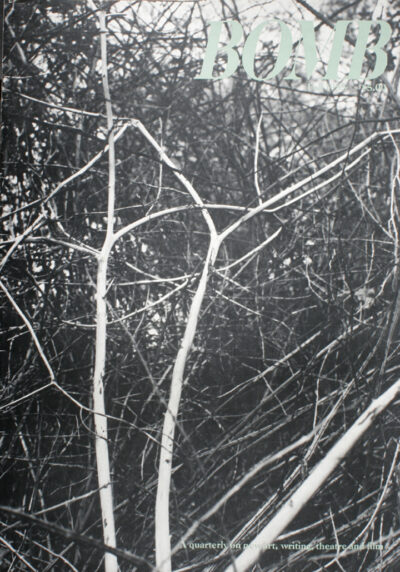