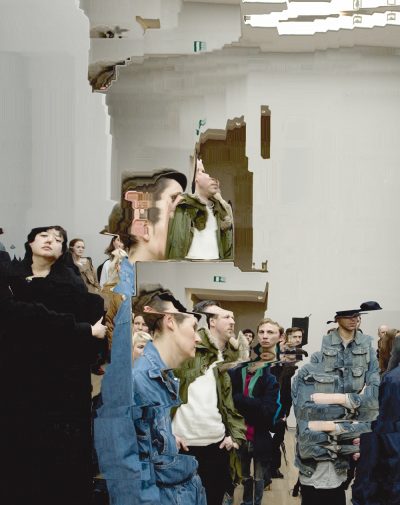 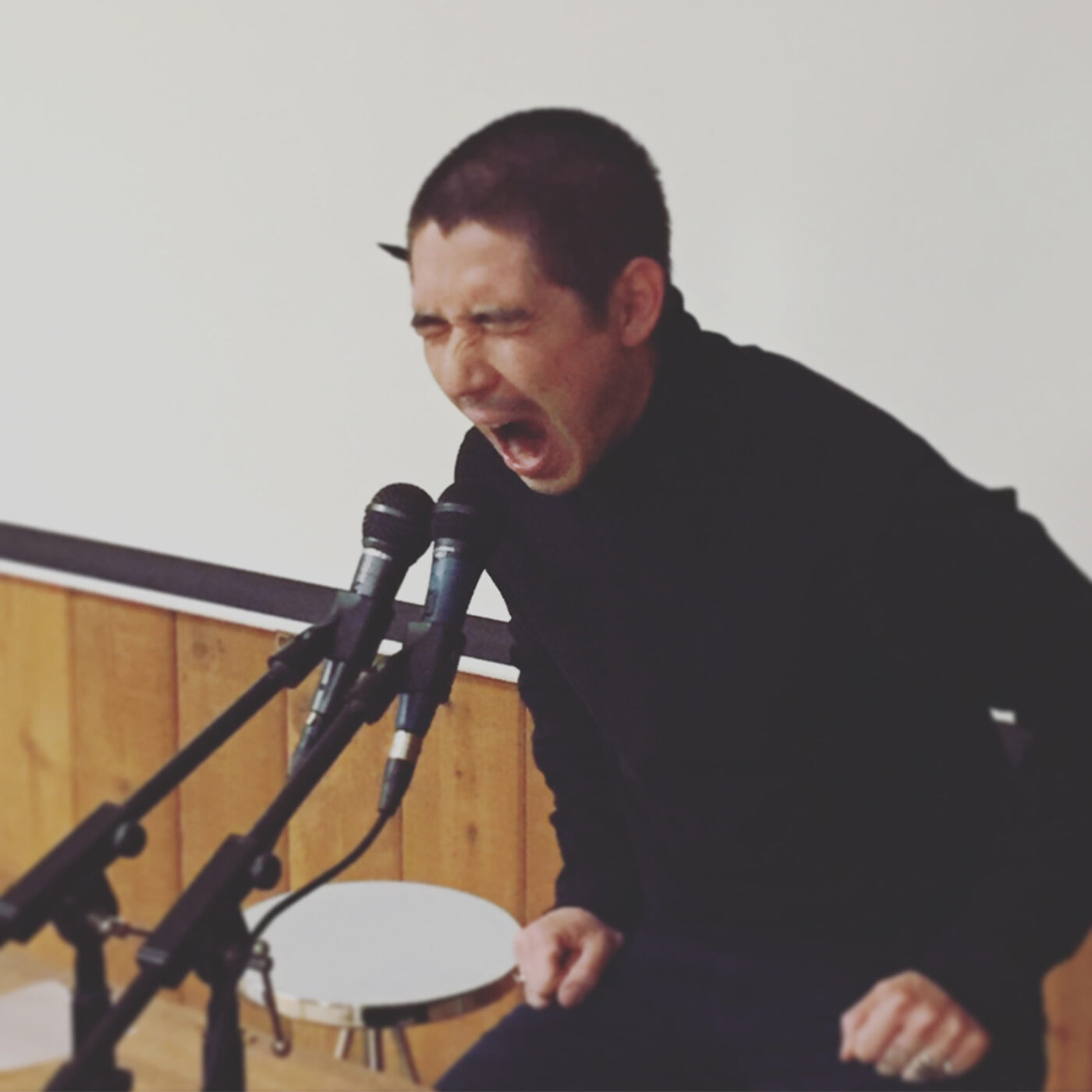 Cowboy hats and fortune cookies, mutated voices and asses in jackpots, country music and digital synthesis, the mundane and transcendent—Jeff Witscher knows no bounds. He’s a chess savant, or a manager of his own custodial and maintenance company, or an experimental musician. It really depends on the time of day you catch him. Jeff’s music equally evades easy categorization. He plumbs the depths of sonic Americana, redefines musique concrète for the twenty-first century, reconstructs the classical piano from scratch, and resituates techno within the white-walled gallery: no genre is safe from deracination and cannibalization. The Portland sound and video artist (sometimes known as Rene Hell) took a moment away from the practice of everyday life to play a game of chess and chat with me about his practice of “sound music.” 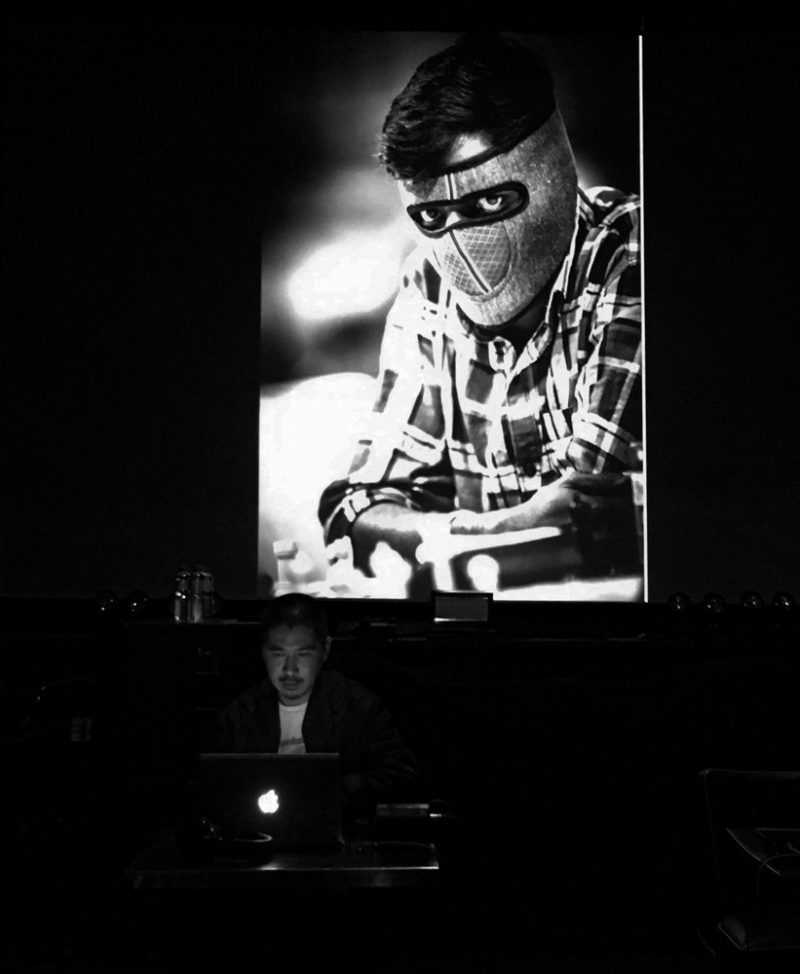 Sam WolkAs long as I’ve known you, chess has always been something you’ve been passionate about. I remember at one of your concerts, the projection showed images of the sky. Superimposed was the line from a text message: “Remember when you rooked me.” There was something melancholic and estranging about this nonsensical, cryptic chess statement. It also gives the feeling that chess was a medium for closeness and contact, a way of sharing an experience. It felt like two people discussing a history of emotion encoded in a personal language of chess actions. I’d love to hear more about what kind of role chess plays in your life, and particularly how it relates to—or diverts from—your creative practices.

Jeff WitscherIt’s very much a distraction from my creative practice, as I spend far too much time playing online. It’s very addictive, and I find it nearly impossible to play a single game and move along. I do think it has use creatively, so it’s not completely lost. It promotes strong habits for critical thinking and not settling for good ideas and instead looking for stronger ones. For example, in music you often hear the feedback, “This sound is interesting but could be stronger.” Also, if you play chess with bad ideas, you will continue to lose, unlike life where you can get by.

SWIn the past you’ve talked about travel and itinerancy affecting your creative processes, but you’ve been settled in Portland for a while now. How has this changed the way you compose, listen to, and relate to sound and music?

JWIt’s likely a benefit to be more stable; in general, I’m just working much slower now. My jobs and other necessities take up more time, and I don’t feel any kind of rush to finish creative projects. I do miss the exposure to other music. I think it can be helpful, but as I’ve gotten older, I go out to music performances less often. I also have more resources here, so that makes working on music less difficult and helps me make better creative decisions.

SWWhat sorts of additional resources are you able to take advantage of? I know you typically do your sonic work on the computer as opposed to external hardware. How does working in the space of the screen define and limit your decision-making progress? Why are you drawn to the computer over hardware, if that’s still the case?

JWYes, the music is still made primarily on the computer. I’m recording sounds and instruments and then arranging and redesigning them with the laptop. Of course, there are distractions with the laptop, online chess being a serious problem, but ultimately it works out. I’d love to try out some hardware again, but I think the software is stronger in terms of exploring ideas I’m interested in, and I don’t like to get caught up playing the hardware. I think building sounds with software feels freer, more open ended: more oscillators, larger variety of parameters, more matrixes.

SWLately you’ve been using the term “sound music,” which seems to deliberately eschew the more typical term, “sound art,” which has its own set of narratives, histories, and genre assumptions at this point. It also centers the more broadly accessible world of music. Are there specific structures or strictures that you hope to move beyond by reframing your work in this way? What kinds of new listening modalities are you hoping to create space for?

JWThe term “sound music” was suggested by an older gentleman when I was in Edinburgh with Eric Frye. We were talking about art, or rather listening to him talk about art, and thought it was an accurate way to describe the music we’re interested in. The term has aesthetic value and denotes really simple stuff (abstract sound used to make narratives and storytelling). This is a clear way to explain it, even though there’s a lot of genre-raiding and different musical tactics at work here. The term’s also given me a logistical and conceptual structure for designing the music. It’s kind of working backwards, as the shift in the sound itself came about later, mostly from listening to a lot of radio and audiobooks. I wanted to put a bit more information in my music. It’s best for live performance, as the projections offer an extension of the music and a tactic to get people to focus on listening more.

SWI’m not surprised to hear you enjoy radio and audiobooks! Throughout your work you’ve played with the voice, sculpting and deforming it, allowing it to oscillate between a semantic and sonic phenomenon while blurring the line between machinic and human. What draws you to the materiality of recorded voices, synthetic and organic?

JWThe voice is just a nice tool to use and can provide more information as it carries a language. I’ve been generating more texts to be read and I’m working on a new music piece with Jack Callahan that’s comprised solely of interviews we conducted. I’m primarily interested in behavior, and this is a nice way to explore it musically. In terms of the structures for the music pieces, I really like to revisit ideas throughout the work. Presenting ideas multiple times differently and recontextualizing them. 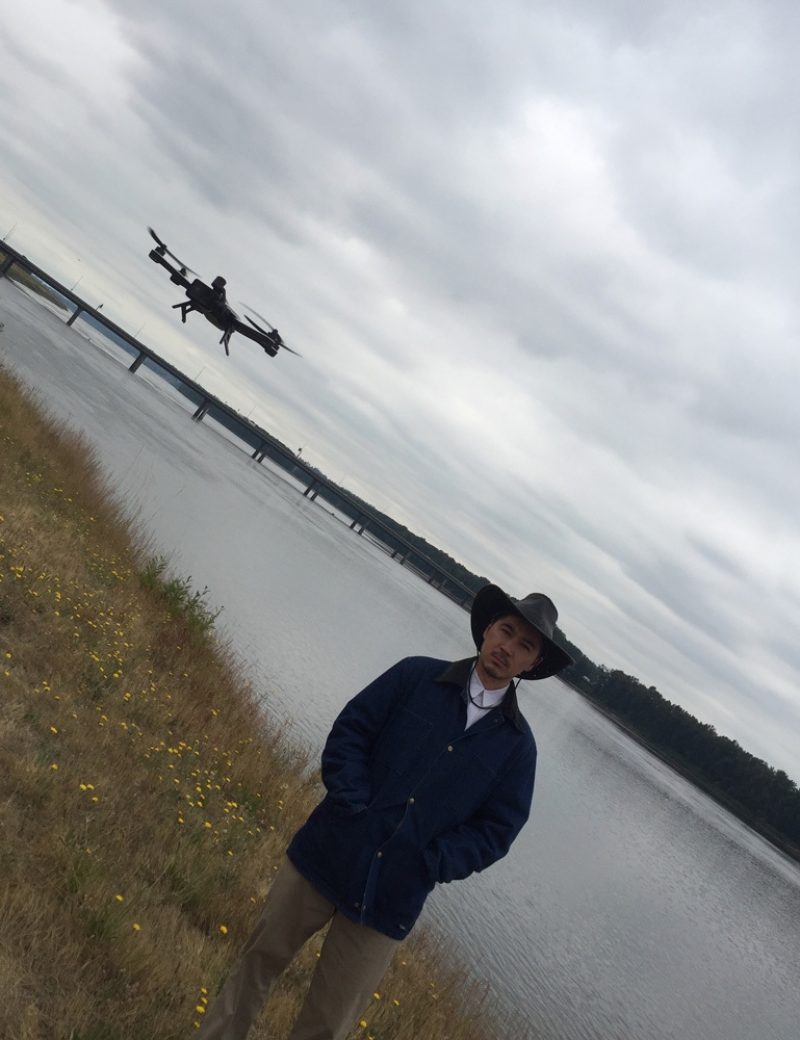 Jeff Witscher working on a short film with Daniel Hewson. Image courtesy of the artist.

SWWhat has shifting toward working with real informants and conducting interviews been like?

JWIt really just depends on what’s available. Though I do have a few people who I regularly record. I like working with the generative software for building text, but some days I just write my own. I think voice-cloning software is interesting as well, so I play around with a lot of different techniques. Jack and I are building voice clones for this new piece. Collecting the audio from the interviews has been great. We developed a bunch of questions and prompts exploring the banality of human drama in the twenty-first century. We have a handful of people from around the world who are participating. We’re in the process of sorting through the answers and putting them into a playback system, which will be central to the piece. It’s coming together nicely. Some of the most interesting answers stem from the seemingly boring or simple questions. Of course, this works because the participants have been enthusiastic and forthcoming.

SWHow do you approach working in a multi-channel setup as you prepare to present this piece at Issue Project Room in May?

JWI never work with multi-channel setups, so this will be a new experience. I think it’s a great way to go about things, but I rarely have the opportunity. I have a very cheap audio interface that has only two outputs, which needs an upgrade. The music piece Jack and I are making is specifically designed for multi-channel though. It likely could work in stereo but I think it’s significantly upgraded with more speakers, more voices.

SWWhat has been on your music radar lately?

JWI don’t listen to very much music. I go through my popular country songs and the radio, but it’s mostly audio books while I’m working. I went to a John Adams concert recently, which was nice. It was the first music show I’d been to in ages. Unfortunately, I listen to a lot of sports analysis.

Jeff Witscher will be playing with Jack Callahan at Issue Project Room in New York on May 4. His latest album, Approximately 1,000 Beers, is available through Salon CDR.

Sam Wolk is a Brooklyn-based electrical engineer at the modular synthesizer manufacturer Mannequins and co-runs the sound arts education platform Signal/Flux. His music has been released by Salon CDR. 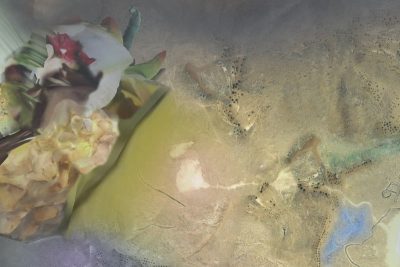 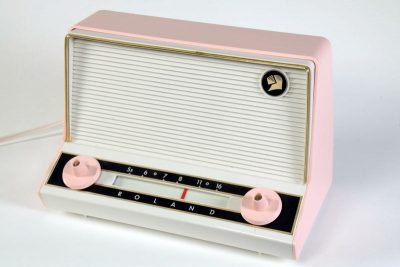