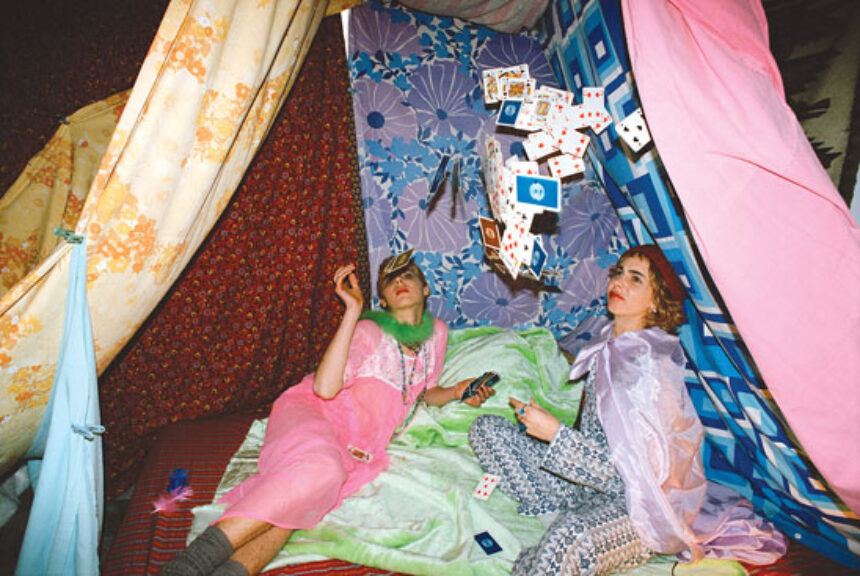 Uncanny, maybe. Troublemakers for sure. Between reality and fiction, Rona Yefman’s Let It Bleed brings us the flawless collaboration between photographer and actor, in this case, the artist and her sibling Gil. The protagonist, Gil: Surferess? Rollerbladeress? Transgressoress? She Adam, he Eve? Gender fluidity abounds. In fact, at first I don’t know who is who, I mistake two persons for the same, one playing the other, a life experiment. A transgender story is like breathing photographic oxygen at this point. But ingrained in this protagonist/director, artist/model story, this particular narrative is just one of many changeable facts in a plotline of multiple transformations. The potentiality of the work is people just being themselves, finding out how to be, how to be together. And Gil is a natural.

This kind of behavior creates stress for the culture, the family, the relationship between siblings, artists—but a contract of risk has been made, and they are in it together. Let It Bleed(which was curated by Manon Slome) is one chapter from My Brother and I, 1996–2010. Working long-term from a personal archive, it could take some time for the whole story to come out. Relationships change. What can at once be seen as bonding and connection, can turn into bickering and tears—this range is instigated, organized into a larger picture of how life really is. It’s never the same. The straightforward drama of a rebellious, gender-transitioning young person in Tel Aviv, in Yefman’s hands, oscillates between vulnerability and strength, child and adult, male and female, emotion and magic. The “normal” behavior of teenagers becomes open to interpretation. The function of this archive kills reality, and flows into more complex situations, creating fiction. 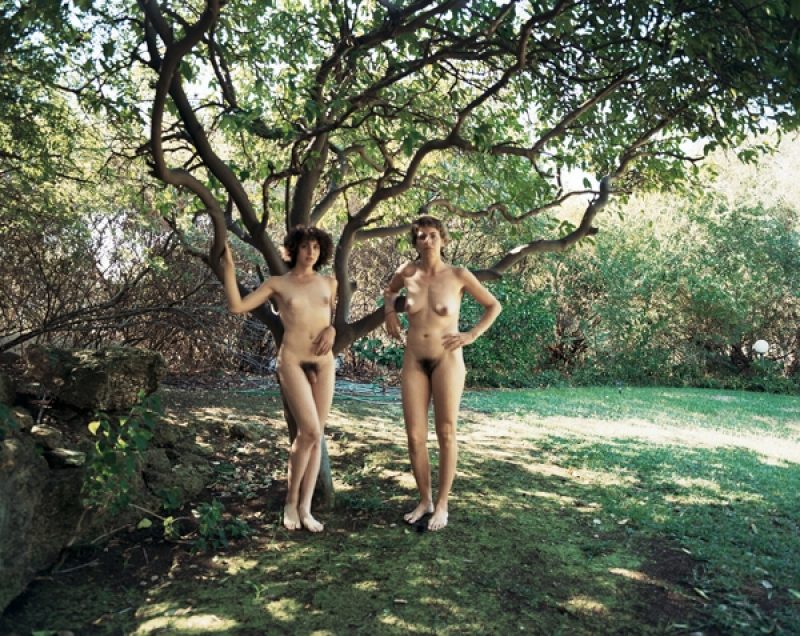 Rona Yefman, Eden from Let it Bleed, 2010, C-print. Courtesy of the artist.

Rona is perhaps the master of this conversation, and her particular closeness to Gil gives access to him. This is not a family portrait showing flawless attempts, but the widest range of emotional imperfection. Parents are almost entirely excluded; it’s a world inhabited by youthful characters in the absence of authority. When the father does make an appearance, he wears costumes—women’s clothing—playing with familial borders. Gil and Rona are rebels, orchestrating quiet shock in the family order, cutting like a knife into its center, creating a tempest to conservative suburban values, existing in a war zone. Rona’s photographs explain such chaos very well, in a calm and “normal” way. Yet the rules are not normal. Everything is not normal. Showing harmony is not true.

The exhibition stage includes a set of large twin dolls knitted by Gil which are turning slowly overhead while a taxidermied cat presides from the top of a shelf. Mixed videotapes play on monitors, a cluster of shimmering human puppetry inspired by Pee-wee Herman. From this video archive, a protagonist with two lives appears. The setup: part real and part make-believe—some footage is observation and some is posed—all edited to change the formula for reality. Whatever reality is. It’s mostly the fiction of reality that makes sense. And when you see it, there’s an uncanny feeling, an aesthetic fright leading back to something familiar.

Michel Auder is a French-American video artist based in New York.

“Liberty’s show manages to be about prison and not about prison at the same time: her audience writes about how the music lets them forget they’re incarcerated for a moment, and she calls that effect ‘time travel.’”