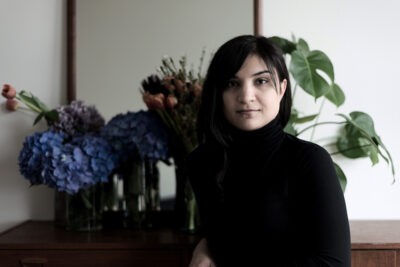 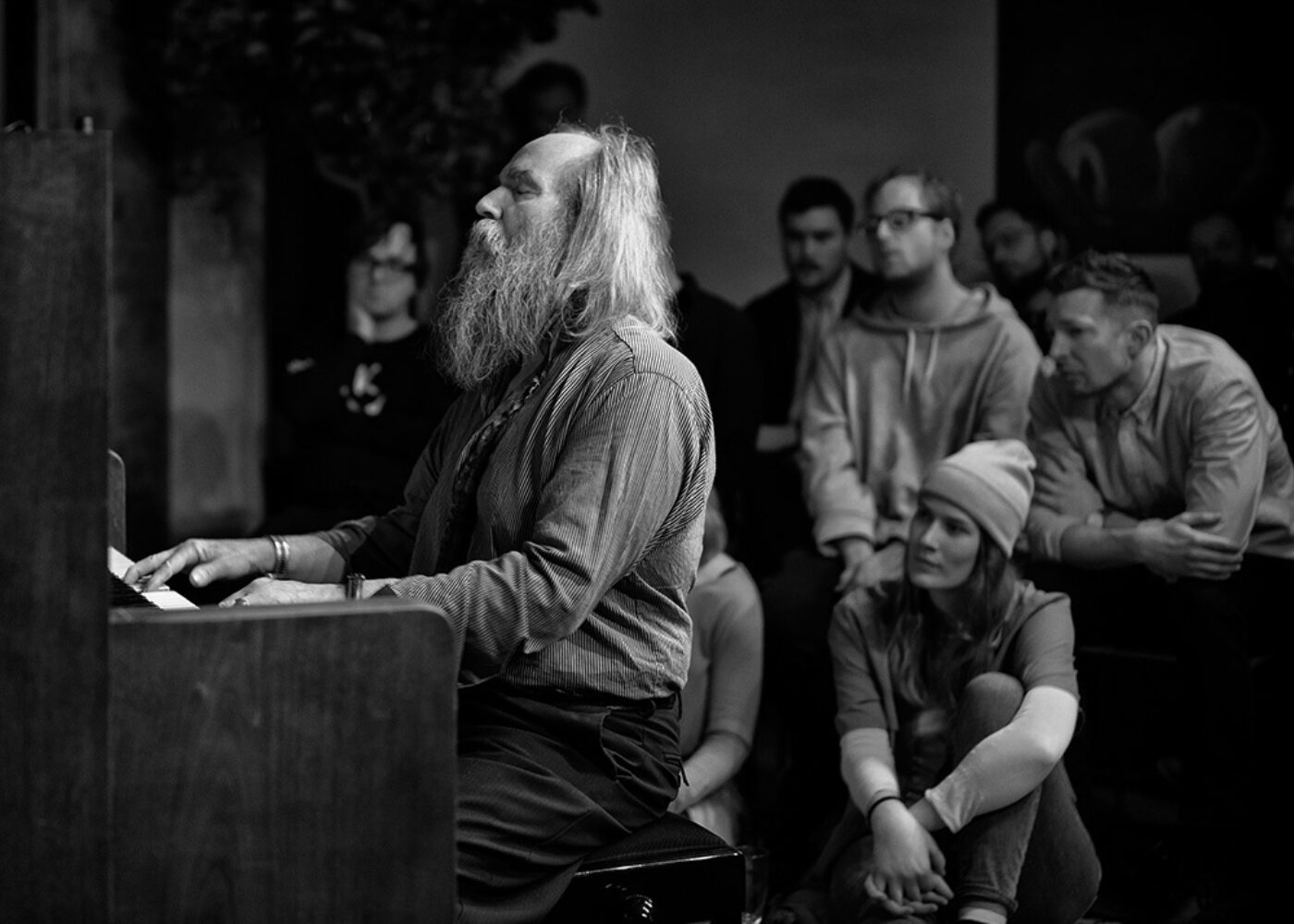 The spiral is a well-worshipped symbol and tool for believers in the pre-ordained. Cosmological truth seekers and acid-trippers have united to find this shape in nearly everything since 1,170 AD when a reputed mathematician named Fibonacci coined a mathematical sequence known as the Golden Ratio. It can be found in the cochlea of the ear, the folds of our genome sequence, even in emotional systems, and this pattern is believed to connect the individual to the arms of the galaxy. To many, it represents order in nature, evidence of divine design and the faith that all life is interconnected. Its coil is a shape and movement tied to transcendence and the power of Earth’s gravity; everything that rises must still fall, but softly and slowly.

This physical experience is the backbone of Continuous Music, a piano technique based on a complex series of notes performed so rapidly that the sounds blend into a swirl, a brisk wind of arpeggios that lifts listeners into the spiral. Lubomyr Melnyk is the Ukrainian pianist and composer who founded this compositional practice for which he has become revered. He is the fastest pianist alive, and one of our world’s greatest living composers.

Our conversation begins with a sound memory of a train station in Ukraine.

Stephanie BerzonWhere are we now?

Lubomyr MelnykWe are in a very large station in a small town-city where I had to change trains. It is very early morning and winter, so people go inside the station to get out of the cold. It is not heated, because the well-being of the people is of no concern to the government. The people working in the station are thickly bundled in many layers of clothing.

SBWhat do you hear here?

LMAn elderly woman is sweeping the floor with a brushing broom, that lovely swishing sound of dried grass against the cold marble floor, and children are making the occasional outcry of complaints to their parents. On a bench sits a family of three: a father, a mother, and their son who is in a wheelchair. The wheelchair is primitive, because they are poor, and the parents speak to their son in subdued tones. I cannot hear their words, just the soft, tender voices. The child has cerebral palsy and needs them to feed him. Around them is a halo of voices echoing from somewhere far off in the vast station house, and the screeching sound of a door against the marble floor cuts through the space. I look at this family in their hardship crowned with love and wonder, where am I really? 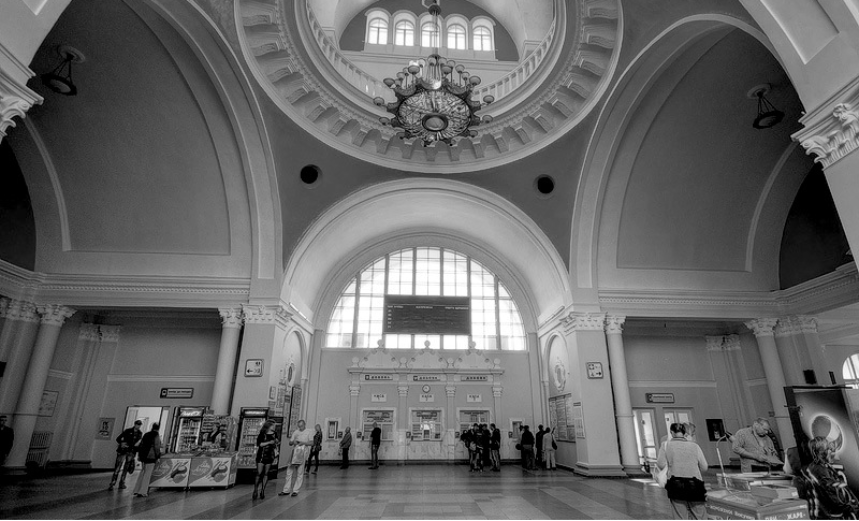 SBI am obliged to ask then, where are you really?

LMI am in a beautiful horror—a place where hardships and sorrow fill every day for the poor. A place where simple joys and love flourish, where the very sunlight brings a bit of Heaven into the hearts of my people. I am in Ukraine, the land where Ukrainians have suffered the worst horrors of oppression for over three hundred years at the hands of the Russian Orcs who still basically rule my country from Moscow.

Like Sauron, he spreads his shadow from the East.
And my music will hardly be able to withstand him!
We speak of sound, but where will sound be when the Tyrant declares War on Sound?

SBYour music is drawn in opposition to the silenced cruelty in Putin’s reign. What is the relationship between Continuous Music and these sounds of tyranny?

LMContinuous Music has a transcendental relation to Sound, Existence, and Life. All three of these elements are found in the Voice of the Piano that only Continuous Music can create. It is, itself, a prayer to God without words or specific thoughts; but nevertheless, it is something sacred and given in love to God, even when the player is not specifically thinking that it is. Like much other classical music, it is a manifestation of a Divine Voice, and the very act of playing Continuous Music is transcendent, from a small to a large degree, whenever it is played. The complex work of the mind in generating Continuous Music becomes itself a tiny prayer. In fact, I believe that no one ever can become a master of Continuous Music without a devout love for God. Like a Buddhist mantra or the prayers of a Carmelite nun, it goes beyond itself. Just as prayers exceed their word value, so does Continuous Music speak beyond the externally perceivable “music piece.” There is a greater dimension inherent to it.

This True Voice of the Piano is one of the secret, imperceivable weapons against Putin, whose power stretches from Trump in Washington, DC, to London, to Paris, to Brussels, and Berlin. Can you imagine if all around the world, a thousand or twenty thousand pianists played a Continuous Music piece at once? What that would do to Putin’s evil body? I dream that one day we can do that, and maybe take his evil breath away. 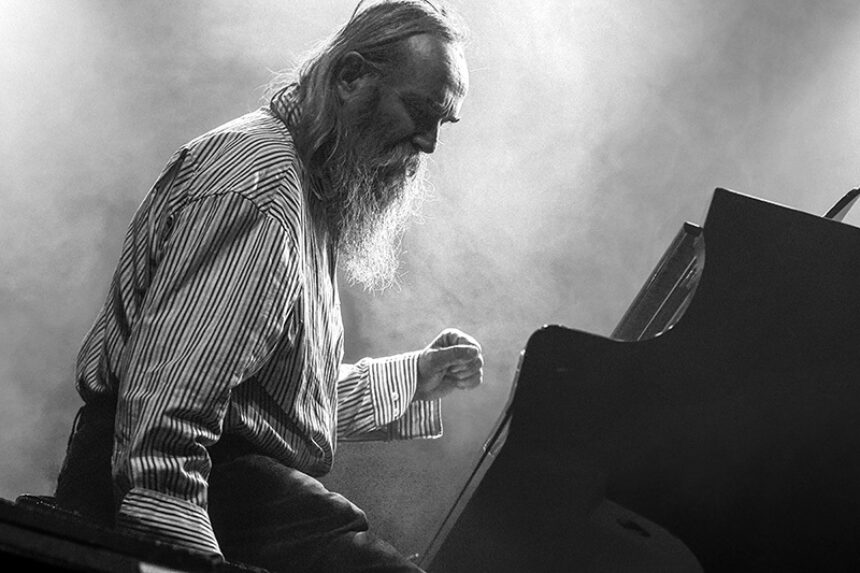 LMIn the church near me hangs a seventeenth-century painting depicting the fight between Heaven and evil. It states there on the banners, homo non percipit ea quae sunt Spiritus Dei, which means “humans can not perceive that which is the Spirit of God”; and here you ask me to tell you precisely that.

Contrary to what atheists and non-believers say about themselves, every human being on Earth knows God, and knows Him quite well. He is inherent in our very being and that of every creature. While some say, “we do not believe,” and others say, “we do believe,” they are all speaking nonsense. You cannot believe that which you know. So I do not believe in God. Not at all. I believe in this world and the floor upon which I walk, but I do not know it. The floor might be, or it might not be; I cannot tell. I just go on believing that the coffee cup will hold its coffee, though I can only believe that. I can’t know. Likewise, I do not believe in God. I CAN ONLY KNOW HIM!

Why do I say such things against everything that scientists are shouting at you day and night? Why do I dare to stand in the face of Galileo and Hume and Star Trek? Why do I tell all mankind that time and the entire universe, every star, every bit of sky, everything we can see and “know” will simply cease to be? Because I have existed for seven minutes in an impossible world, one that does not exist, meshed into this one by complete mystery. But anyway… That is another story!

There are many people who have heard the Voice of God, and it is silent. Although you hear the words! There is Sound, but there is no “sound,” as we know it. All I can say to you about God is that He is Sound.

Zen Buddhists know this. When I spent some days with a Zen monk, all the sound around me became transformed into this miraculous tapestry of physical, spatial wonders. The sound of the universe was being bent around him. John Cage knew this, and that’s why he used the occurrence of sound in the Zen tradition as a manifestation of God. Remember: homo non percipit ea quae sunt Spiritus Dei!

So those of you holding your coffee cup or waiting for a bus, always remember that the street beneath your feet may melt away and change color from gray to orange, or simply turn into a field of water lilies before your very mind.

And before you think that I have gone mad, remember that I am the one who can play the piano at 19.5 notes per second when no one on Earth can play faster than 14 notes per second. There is quite a difference. So, in this music I try to create a tiny prayer of sound, to say to the world: Hear this beautiful sound!

SB“No tree, it is said, can grow to Heaven unless its roots reach down to Hell.” I think Carl Jung does a nice job here at connecting the human experience of misery and pain to the faith that it will pass.

LMWell, that quote puts a new perspective on this with the suggestion that you cannot reach Heaven without first sinning, which I don’t think is right at all.

Continuous Music has a purpose to help heal the souls of mankind. The beautiful Voice of the Piano is a healing element in itself. It has given me strength throughout my life, and it will give strength and courage to my people in Ukraine to persevere. The Russians would fade away, would be blown and scattered by the wind, if the nations of the world would throw off their current evil leaders who all align themselves with Putin and protect him. These leaders of European countries control all of the banks, and these banks could shut down Putin in one hour, putting an end to his reign of murder and desolation, and the gnawing evil that burns in the hearts of his Orc soldiers. His Russian spirit, drawn from its origins in the ancient, sickly hearts of his forefathers like Ivan the Terrible, will dry and shrivel. In one hour the European banks could put an end to the suffering of millions of people as well as the horrible agony and the pain suffered now at the prisons of the Russians, but the European leaders, like Merkel and Boris, command the banks to continue their evil protection.

So perhaps we have to resort to Continuous Music, which stirs the human mind, energizes the thinking process of people, and gives them a shot at enhancing their intelligence. Perhaps this music can indeed become a weapon of healing. Not just to heal, but also to energize and empower the people. Not just my people in Ukraine, but also the people everywhere on Earth.

This music exists to soothe the scars left by the evil of men. This piano music is a balm to refresh our human spirit. This music is a flower-fragrance that pours from the piano to brighten our lives.

SBWhere can Continuous Music naturally be heard on Earth?

LMMy music is based on the Sound of the World, so it can be heard everywhere you are! In the sound of a stream rippling quietly, of leaves blowing in the wind, of the waves on a shore, of rain falling, of tall grass blowing in the wind, of swaying treetops in a forest, of frogs at night, of crickets, of the sea churning around great islands, of a ship’s bow plowing through the water; and where we began this little journey: in a train station, as a train rumbles its rhythmic way through on a track close by. Ka-ba-chunk—ka-ba-chunk—karaba-chunk. Ultimately, the Continuous Pianist has to be the greatest Drummer with the power of a train engine, and the greatest Romantic, in order to create Trains and Oceans and Love Songs of this world. All from this miraculous gift of

Stephanie Berzon is a writer and Director of Residency Earth currently living in Portland, Oregon. 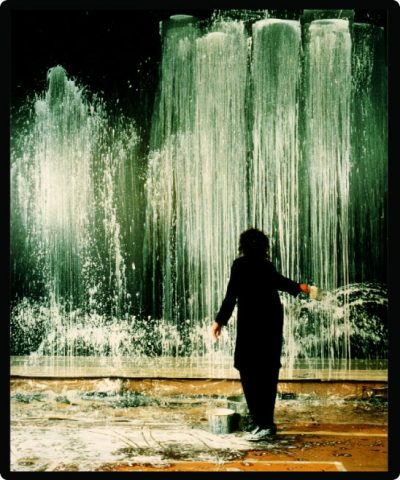 Pat Steir has been at the forefront of American painting for a number of years. She seems ageless. Her role as female literal painter takes on epic proportions