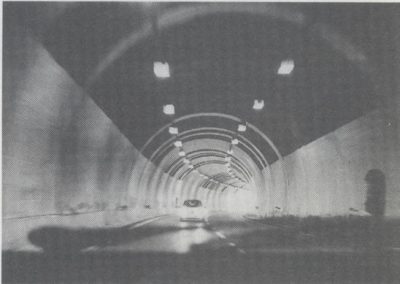 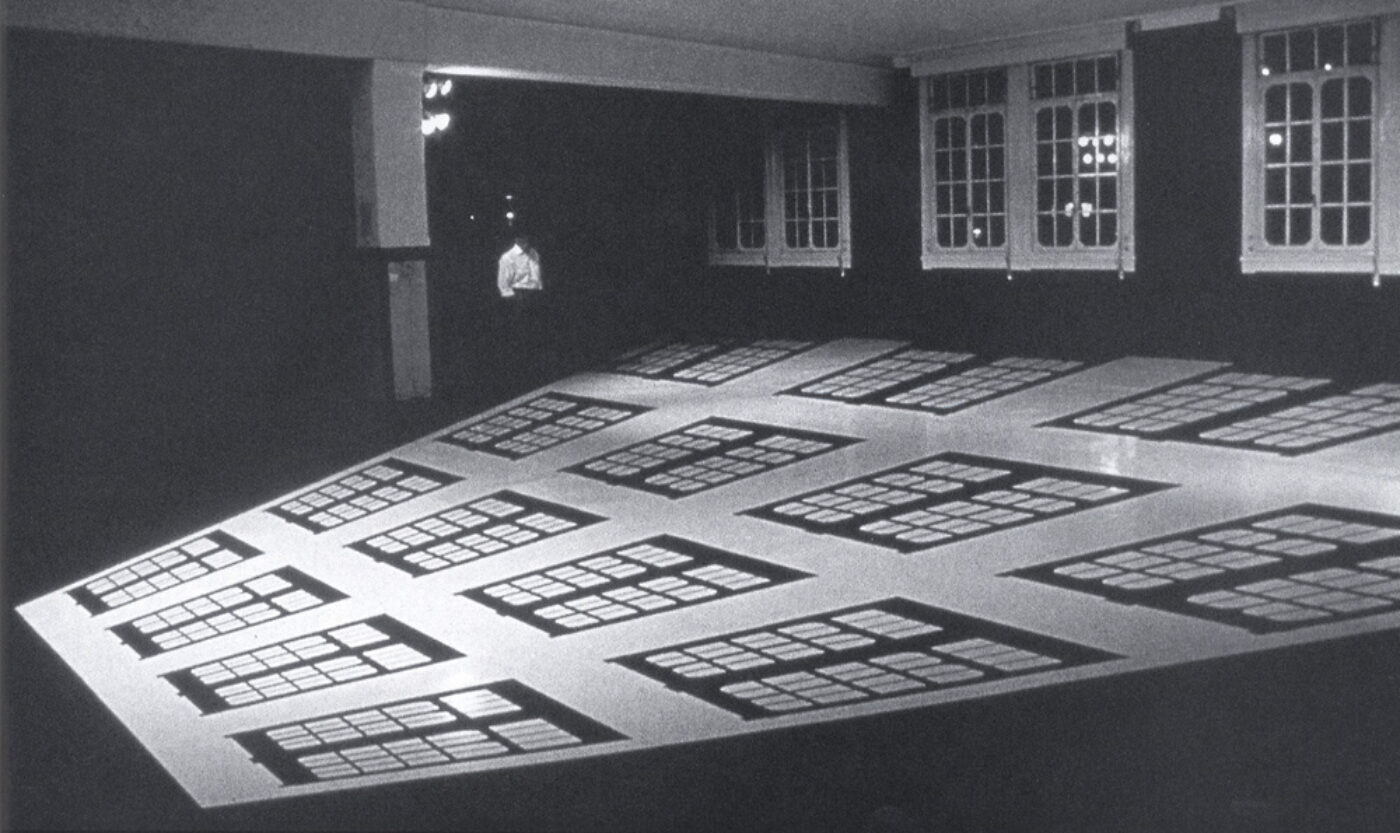 Throughout her career, Brazilian artist Regina Silveira has investigated the tension between movement and spatial perspective. In her site-specific installations, the artist silk-screens silhouettes of objects, actions, and architecture directly into the gallery walls. The result is a heightened awareness of perspective that displaces the viewer, challenging any narrative reading of the reproduced images. One is confronted with a cinematic architecture, a theatrical projection, a large-scale after image—a distorted view. The skewed perspective envelopes the viewer, making it difficult to identify the mediated images. Silveira returns the viewer’s gaze back to its source by creating the illusion of three-dimensional form in elegant two-dimensional wall drawings. The effect is a dizzying, psychological space.

The thrill of vertigo, like the screams of terror and joy on an amusement park ride, is evoked in these psychological spaces. On one hand the installations entertain—not in a “figure-out-the-joke” act of cleverness, but in a search for location and form. Silveira presents a range of contradictions. The flat, projected image is static, applied directly to the walls of the white cube with black paint. Yet the images are often about movement: the approach of a motorcycle with a Rorschach splash of mud left behind, a shadow cast by a table when a bare bulb sways. Unlike sculpture, which requires movement to activate form, these installations remain fixed as their viewer negotiates his own physicality. The ambiguous perspective and the halted action of the image activate a spatial relationship between moving image, painting, and sculpture, leaving the viewer with a choice: to insert oneself into the image, or to view it from outside the frame. 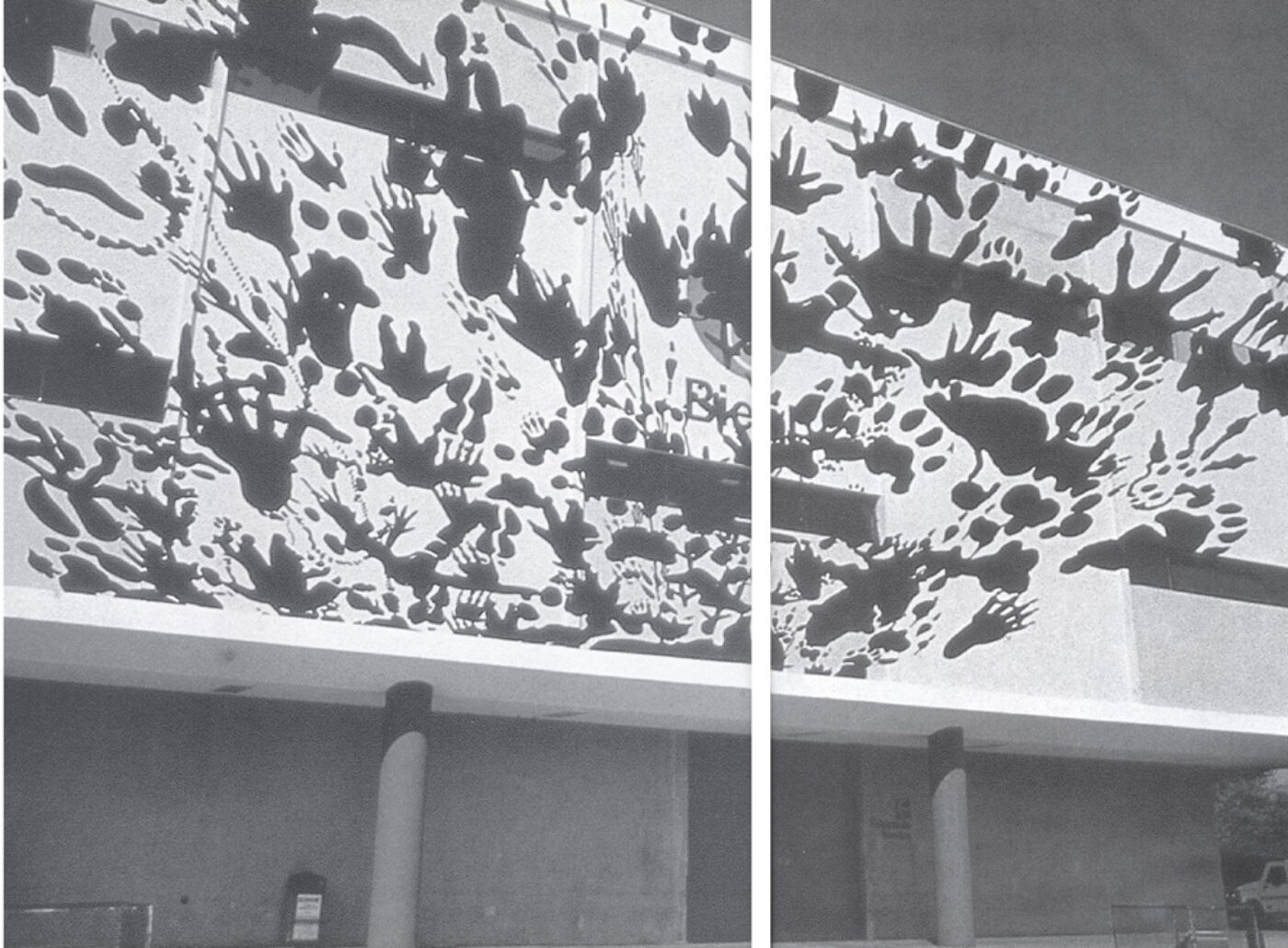 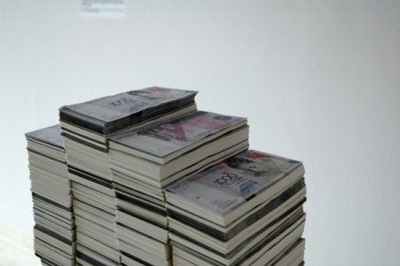 Esperanza Mayobre creates passwords. These are not acts of secrecy or exclusivity. They propose an entry into a body of work that defuses deceptive cultural hierarchies