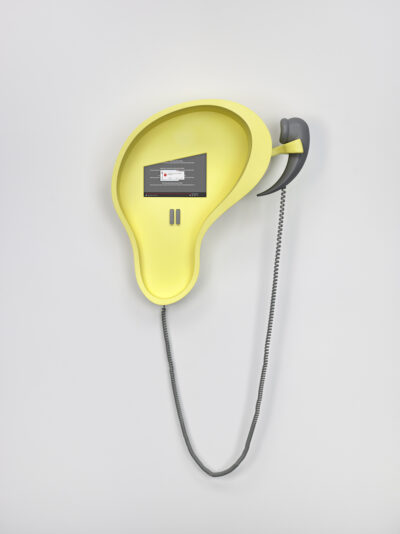 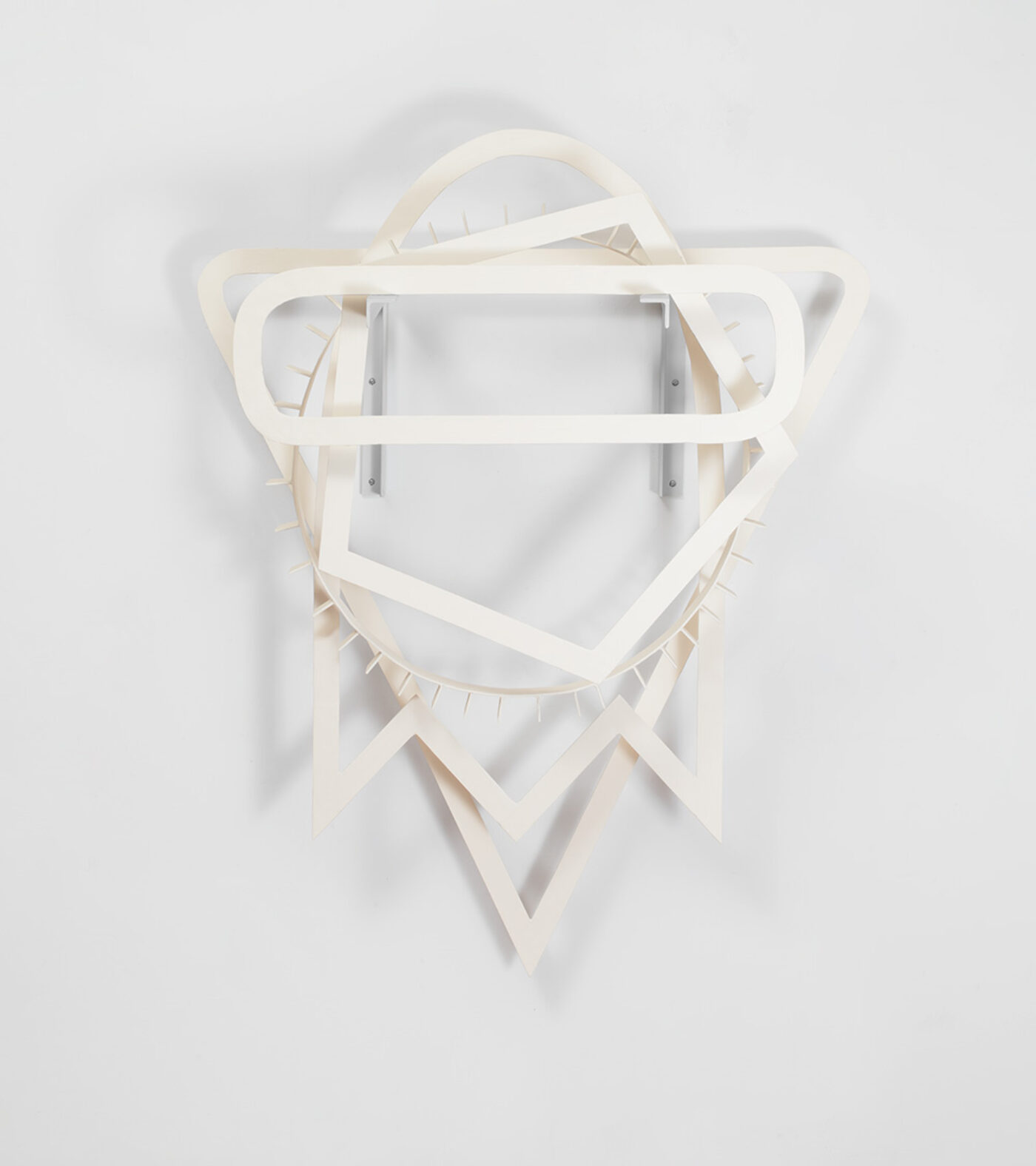 In the late ’60s, sculpture became loosely defined as anything that wasn’t painting. This big umbrella enterprise sheltered all kinds of approaches including wall constructions, wall drawings, text pieces, sound pieces, early performance art, even some forms of photography. Somewhere in the ‘80s the term installation seemed to replace and even subsume this slipshod usage of the term sculpture and sculpture itself appeared to have lost its original identity… and integrity. Installation seemed to evoke a notion of a greater radicality with its heightened sense of context: Place rather than Thing. Searching and challenging the borders and limitations for defining a work of art per se is less on artists’ minds today. 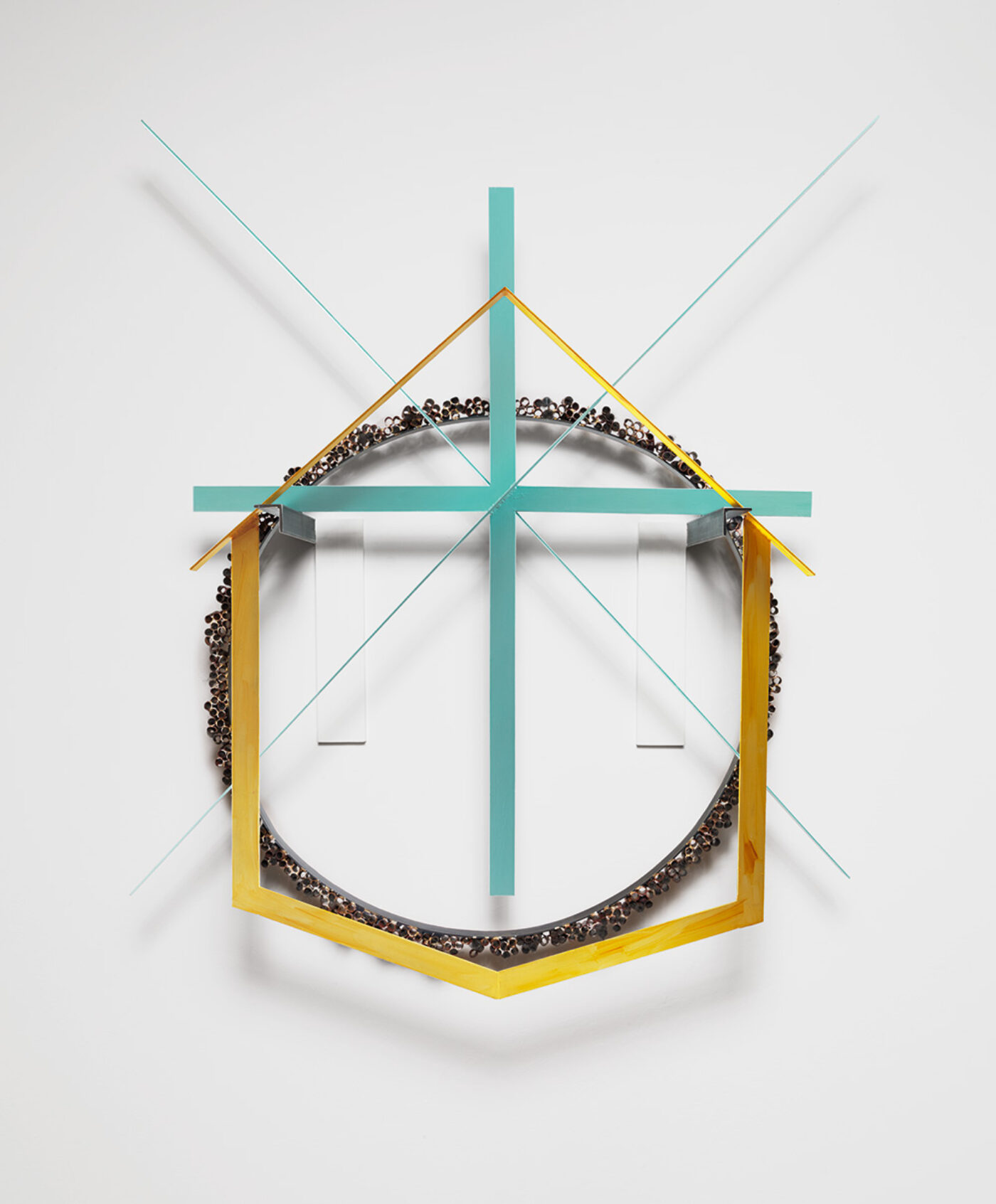 A spectral view (a kind of gradation) has replaced binary oppositions as a way to encompass and designate the complexity of contemporary art practices and experiences. And therefore, we embrace the in-between. Yet the stumbling block can often be the language that we rely upon to address all this.

When I walked through the doors of the Hionas Gallery to see Rebecca Smith’s exhibition, there was one white wall piece that seemed to hover in front of a white wall. It was nothing if not quietly but palpably breathtaking. It made the room feel complete; it beckoned me closer… and thrillingly, there was nothing to say!

I recalled the Hungarian philosopher and chemist Michael Polanyi’s premise for his wonderful book The Tacit Dimension—that we know more than we can tell, and we can tell nothing without relying on what we cannot tell. I remembered John Cage’s aphorism: “I have nothing to say and I am saying it.” At that moment of first encounter, I felt that I had shared with the artist a simultaneous experience: the making of the work, its presentation, and my viewing of it all linked up in an immediate correlation of understanding and pleasure. And yet, it was almost as if there was nothing there. 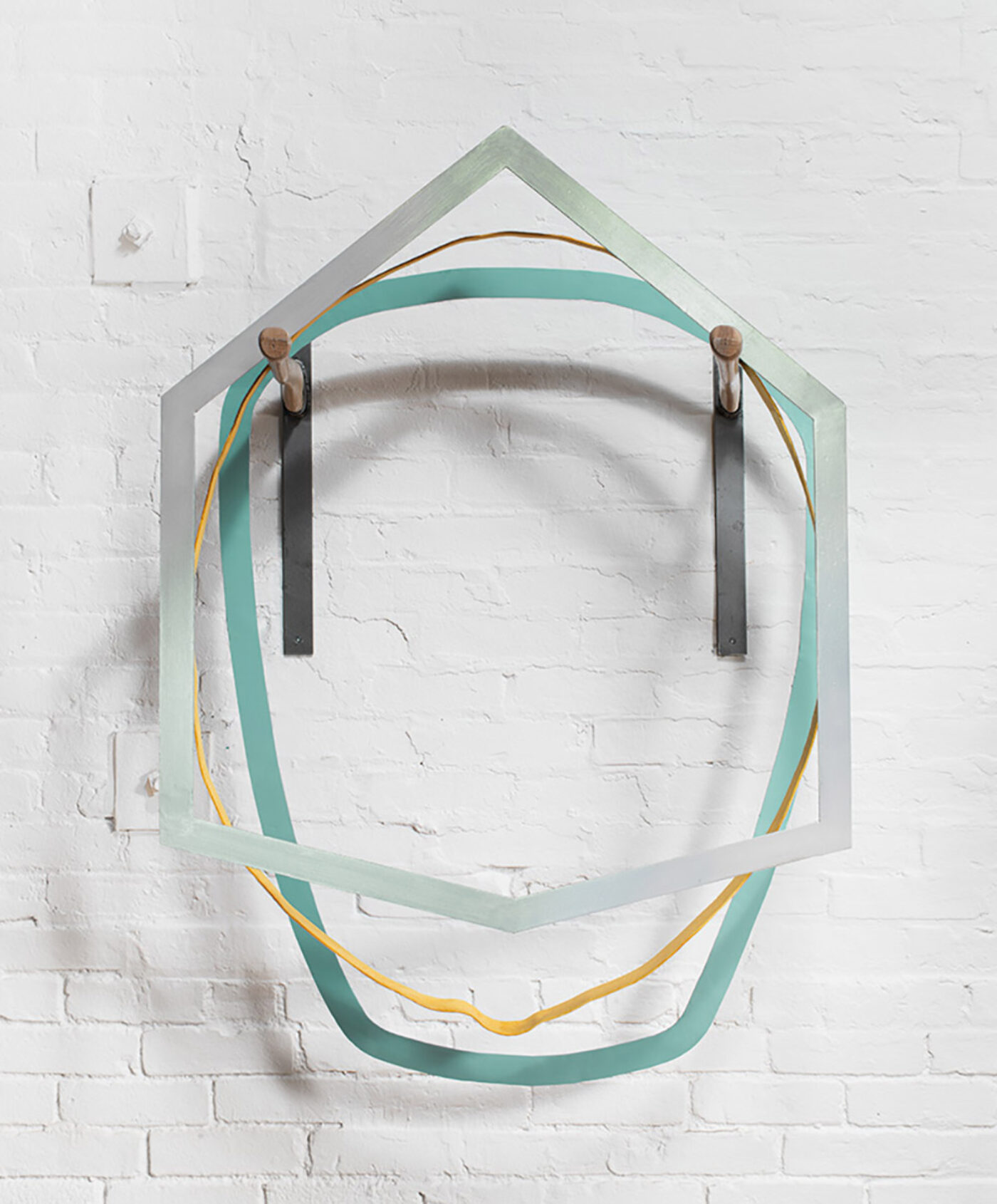 Smith is a sculptor of the in-between. Her work is mostly on the wall and yet boldly projects out from it. It is mostly what we would call abstract although all the component parts seem suggestive of nameable things. These parts are barely composed, rather they are placed and layered. They sit on supports that cantilever from the wall—practical solutions, but they hardly disappear as such. Her titles are often puns, and, as she told me at her studio the other day, “They are pictures not of what something looks like but of the way it operates.” 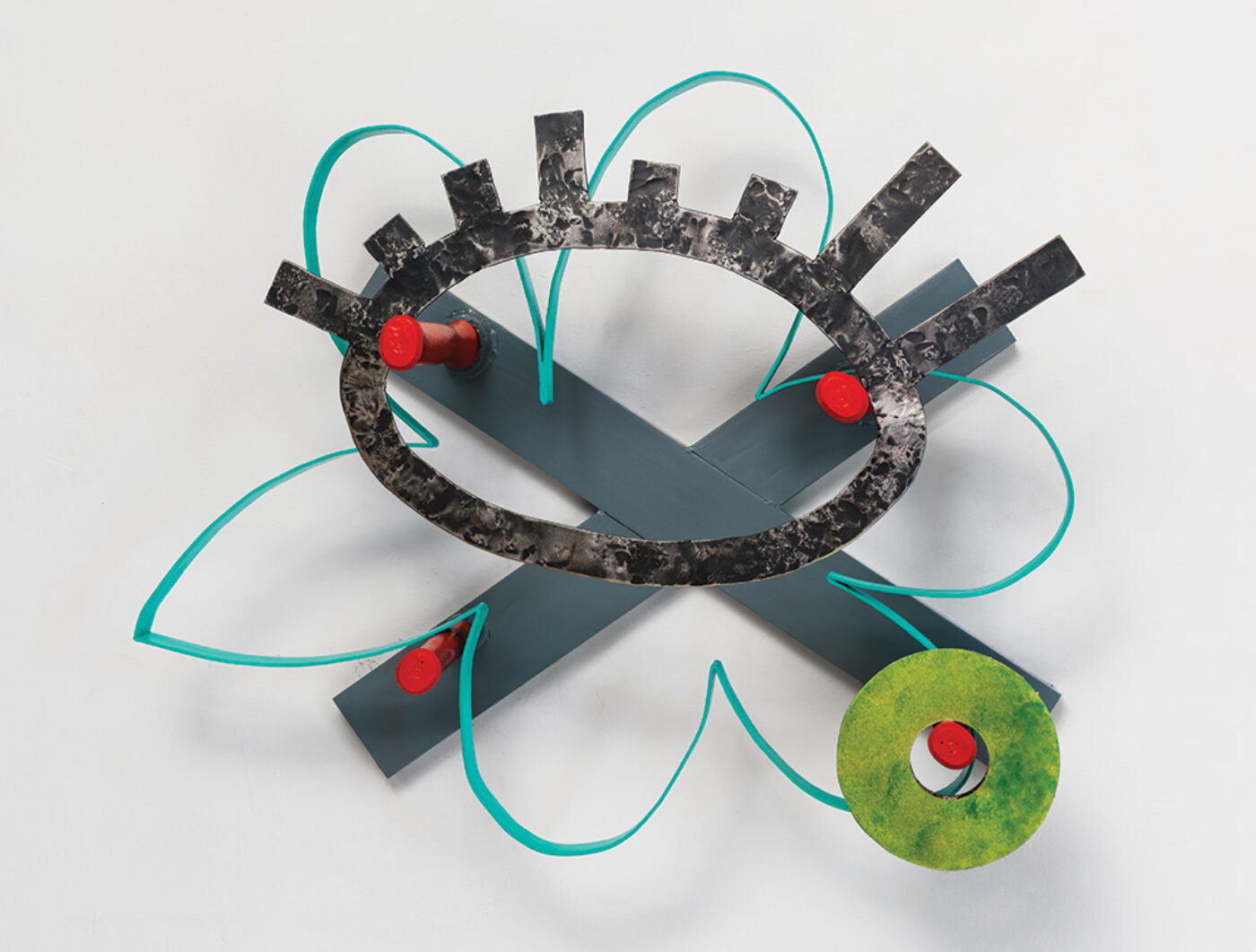 Sculpture is written in the DNA of Rebecca Smith. Her father, David Smith, is arguably the greatest American modernist sculptor. She is also a passionate environmental activist who tirelessly works to combat the forces of climate change. Somewhere in between we can glean something further and deeper about Smith’s work. As in the works of many artists today, there is a longing to engender a greater social relevancy (and therefore a pointedly deeper emotional meaning) to so-called formal abstraction. Artists as diverse as Carrie Moyer, Donald Moffett, Jack Whitten, Stanley Whitney, and Mark Dion seem to elicit an atmosphere of social consciousness that is embedded in the work itself rather than broadcasting a didactic or ideological message signifying a particular position. Amid all this we encounter Smith and her work, blossoming in the fertile field of sculpture today, as it proliferates and progresses toward its next important phase.

John Newman is a New York-based artist. He has had over fifty one-person shows and participated in numerous group exhibitions in galleries and museums throughout the US, Europe, and Asia. He is the former director of graduate studies in sculpture at the Yale School of Art. He currently teaches at the New York Studio School and the School of Visual Arts in New York City.