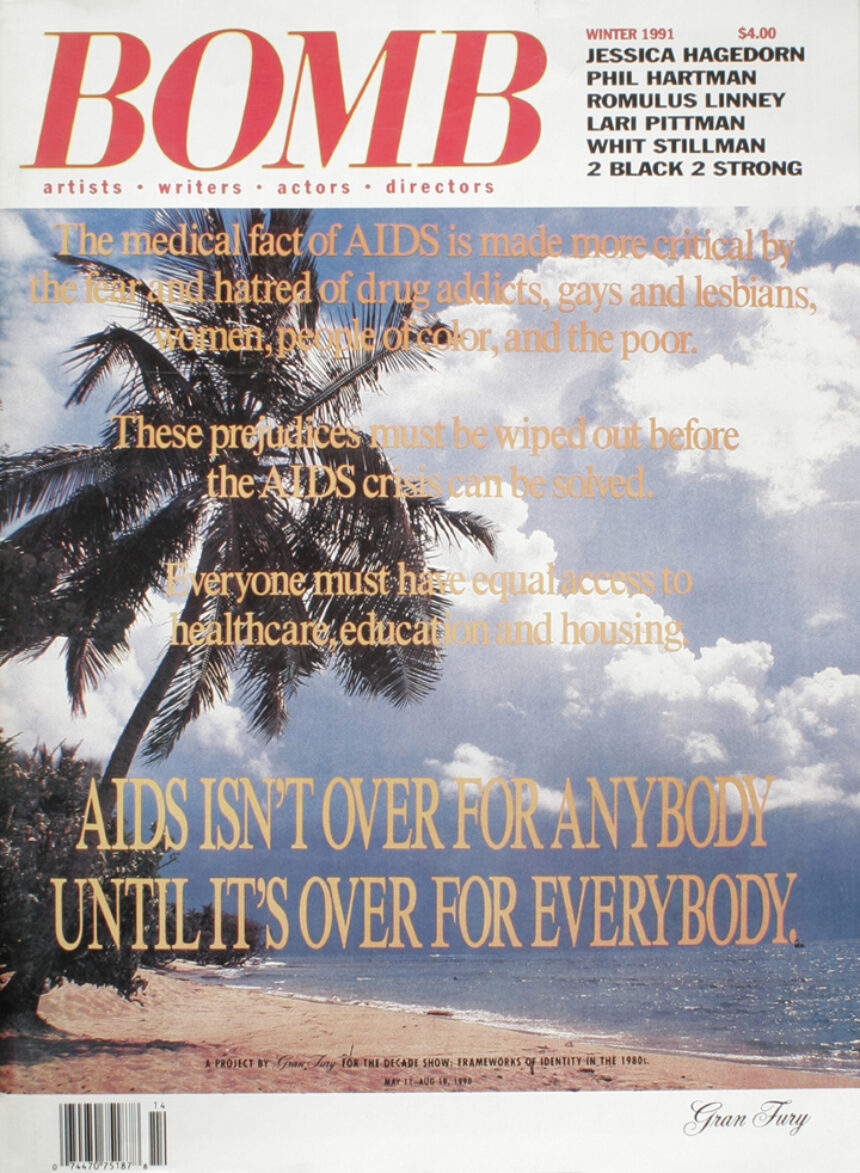 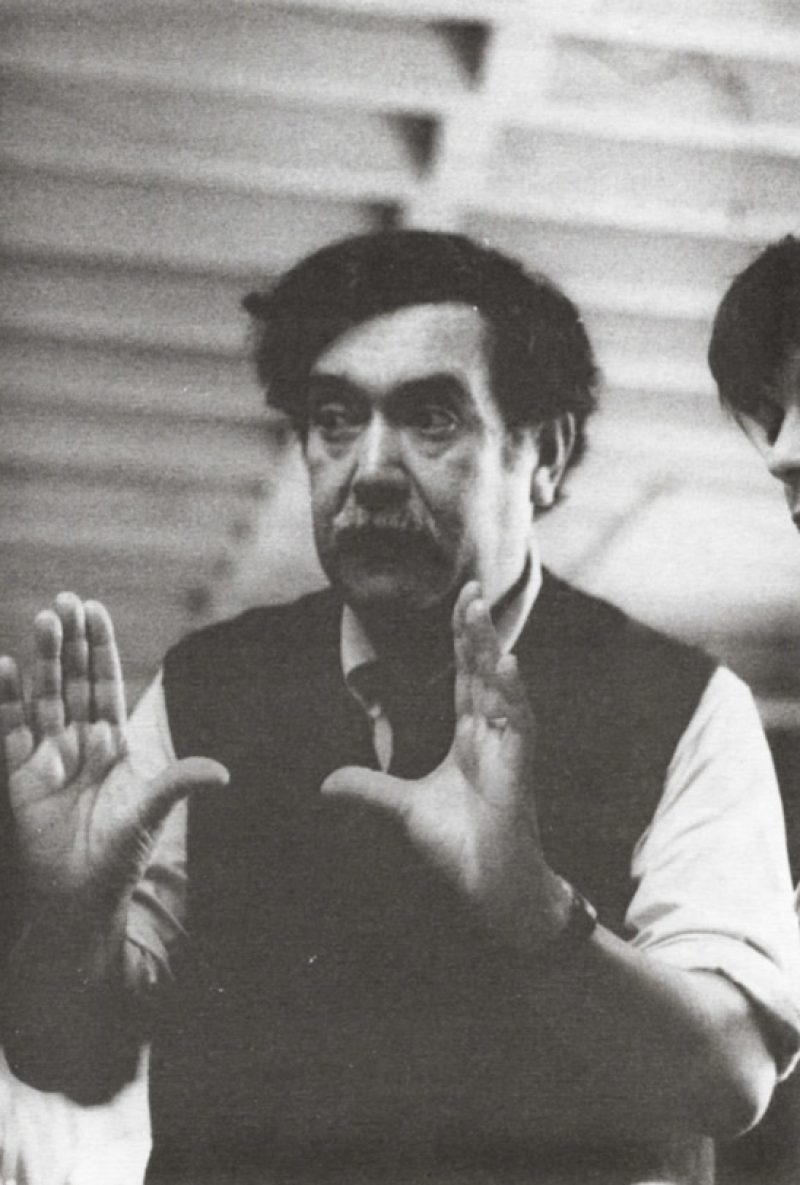 An exile since the Chilean coup in 1973, Raul Ruiz has directed over sixty films from South America to Europe ( Three Sad Tigers, The Three Crowns of the Sailor, and The Hypothesis of the Stolen Painting). In Ruiz’s latest film, The Golden Boat, an NYU philosophy student wanders through the sordid streets of Manhattan. The plot intertwines allegory and philosophy with bloody TV-style shoot-outs and stabbings. Director Jim Jarmusch makes a cameo as a policeman, writer Kathy Acker is an intense academic, and sculptor Vito Acconci paints swirls of blood across the wall. Michael Kirby (of the Wooster Group) stars as a bloodthirsty street person obsessed with a Mexican soap opera star (who also has a paranoically jealous husband).

Raul Ruiz has worked with French television’s Institut National de L’Audiovisuel in Paris. His video installation (which opened at the ICA in Boston and the Museum of Contemporary Art in Santa Barbara), The Expulsion of the Moors, analyzes the underlying Muslim-based Moorish culture in Christian Spain.

Carole Ann Klonarides You use the situation of making a film as in integral part of what the film will become. How does this happen?

To find a system of my own, as a commercial director, I started with the American B-movie and Commedia dell’arte in Italy, which are equivalent. Commedia dell’arte worked in the same way as Shakespeare, Calderon, Lope de Vega, using a mixture of luxury and poverty. It’s what I like about the B-movie, an expensive look with no money at all, in the manner of Ford Beebe, who made those Flash Gordon films. Beebe didn’t have any idea about what was happening until he was shooting so he wrote the first thing that came to his mind. Without knowing it, he was making the ready made, automatic writing, objet trouve, using all the techniques of the Surrealists and of modern painting of the ’20s and ’30s. For me, I am always trying to make this connection between different ways of producing: film, theater, installations, and videos.

CK Do you feel that your films are foreign, no matter what language they’re in?

RR When I made the Chilean film Tres Tristes Tigres I needed a lot of everyday expressions that don’t exist in Chilean so I invented word games, a sort of slang. The film comes from nowhere because they are speaking a slang nobody knows. 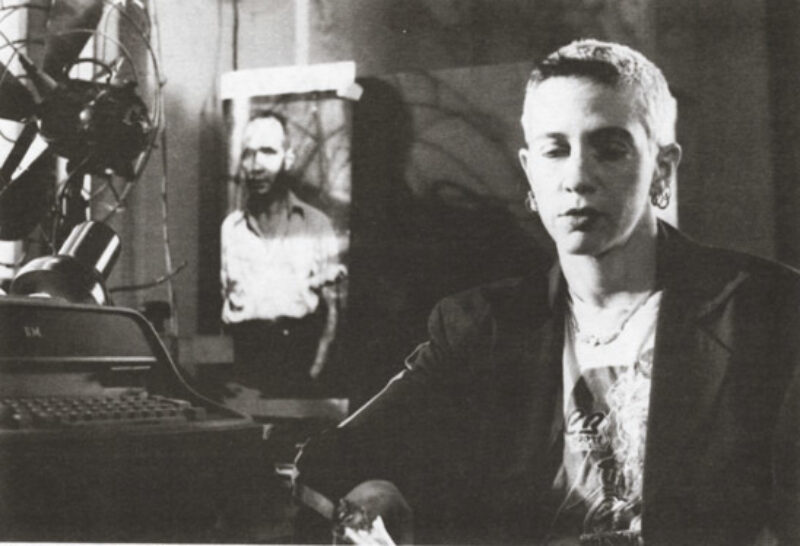 Kathy Acker as the professor in The Golden Boat.

CK So how did people respond when they saw it? Did they forget about the story?

RR There is no story. Tres Tristes Tigres is a film without a story; it is the reverse of a story. Somebody kills somebody. All the elements of a story are there but they are used like a landscape, and the landscape is used like story. Coleridge, in his diaries, decides that a way to work with poetry was to use vegetables as animals and animals as vegetables. A human being was like a tree, and landscapes are alive and they move.

CK Warhol had his own film company and then his own cable show. Godard has his own production company to make television programs. If you were given the opportunity to have your own program on television, what would you do?

RR I am starting a very strange experience with a theater in Milano. We are trying to make a very simple relation between film and theater. Two years ago, I made a play, Oedipus Hyperborean. I showed up the first day of rehearsal without a play and said to the actors, “Let’s play this game. I will be away between eight o’clock and 11 o’clock writing. Then I’ll come here and we’ll translate what I’ve written for two hours. Then we’ll rehearse in the afternoon, then we’ll stop and go have some dinner in town, and then we’ll sing.” And we did that, and the play was made in one week. It was not simply improvisation; there was my writing, and the actors were also writing.

CK I read that you like the idea that there is no author in television, here we have a play without a playwright.

RR Yes. It was to be done in a film theater with the audience on the other side of the screen and the actors on the set of the film theater. And some things would be projected on film. So we stopped rehearsing to make the film. In film, an actor is in front of you and then is only that. You forget about the audience. You are thinking only of the other actor. After two weeks, we finished filming and started rehearsing again. The rehearsals changed completely, the actors were speaking only for each other. It was a really strange hyper-realist situation, like being in a dream. 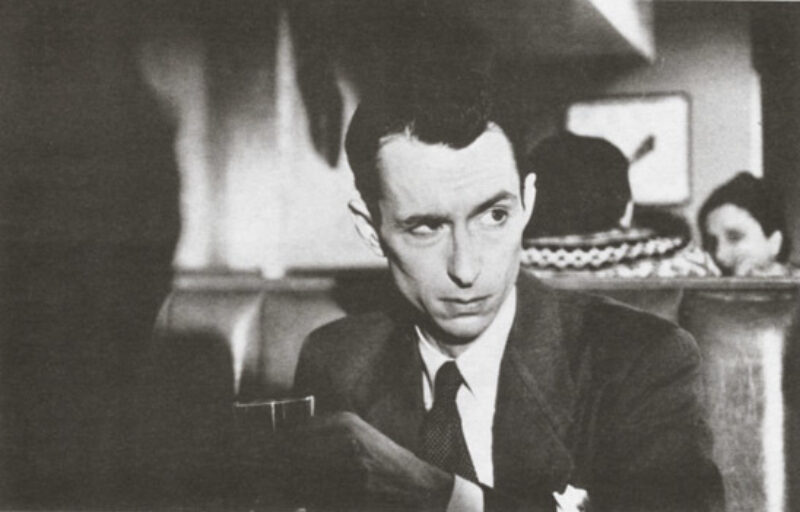 CK You mentioned that your video installation at the ICA allowed you to bring your interest in film and your interest in theater together. The difference is the viewer can physically enter into that space.

RR Yes, you go inside the painting. Sometimes, when you are filming outdoors into the night, you get a very strong impression while the technicians are testing lights. The wrong lighting creates a very poetic effect. It also happens sometimes when you are rehearsing a play. It is such a strange moment, a casual light, only a mistake, but from another vantage, magical. It is possible to recreate this moment in installation.

CK The Golden Boat premiered at the New York Film Festival. You use American TV genres like the crime show and soap opera. How would the film compare if broadcast on regular television?

RR If you were in a bar drinking scotch on the rocks and happened to look up lit the TV you’d think it was normal for maybe five minutes. The rhetorical effect is the same with a lot of reverse angle shots, only everything the characters say is somehow wrong. I use the violence as a flat element the landscape is the crime. Things that happen are very rare. very different. The tone, the way the actors play the dialogue, is in the norm of television, only three times faster. I prefer mechanical acting, the school of Michael Chekov, the opposite of The Actors’ Studio.

CK At the beginning of your film career in Argentina, the people you worked with were working in reaction to Mexican television and the Hollywood film.

RR In reaction to Hollvwood, yes.

RR It hasn’t changed. I made one once. I have been asked to make a small one, 104 chapters, but I am too old to work like that. The problem is even if you don’t take it seriously, it’s still a lot of work. That’s the problem with all cinema, bad movies and good movies need the same amount of energy, and imagination. 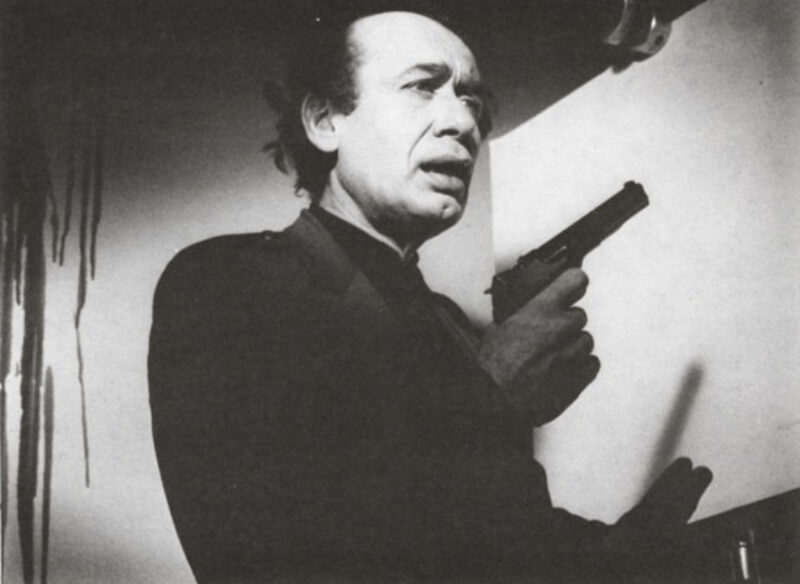 CK Are you working with new technologies?

RR I will have a test … I start a film in Boston with Continental Cable Vision using high definition television equipment. Have you seen the test at MIT where they have the flat screen by injection, not projection?

CK Architecturally, it could be fascinating.

RR And terrible, in the night, on a building, in a landscape … that could be terrible too. I’m serious.

CK Like in the movie Bladerunner. How about the proliferation of media technologies and the way it affects our environment?

RR The moment to make a real critique of that is coming. It is the moment to talk because the new technology is a real challenge, a dangerous challenge. The communication technologies in architecture posit a new problem for Urbanism, and we need a new Bauhaus to critique it. We need a positive critique to invent new things, to use the audio-visuals at the center of a new Urbanism.

CK How is it had?

CK You use banality in your films, along with visual disorientation. why these techniques?

RR In the hopes that my films would have to be seen many times, like objects in the house, like a painting. They have to have a minimum of complexity.

CK If your films were on video, a viewer using two VCRs, could take all of your films and start mixing them, re-editing them.

RR They are made to do that! They are interactive. Everyone is depressed about he fall of cinema. I really, can’t feel depressed about that because nothing will be lost or disposed. It is not more than the end of fresco as a technique and then you wait for someone like Jackson Pollock to take it up again: the game of the fight against matter. When you lose, well then, you take it back. It is so dramatic. Film may be the best way to work with that interaction, to see it.

—Carol Ann Klonarides is an independent video producer and curator living in Brooklyn. She recently completed a video, with her partner Michael Owen, for and about the Wexner Art Center in Columbus, Ohio. 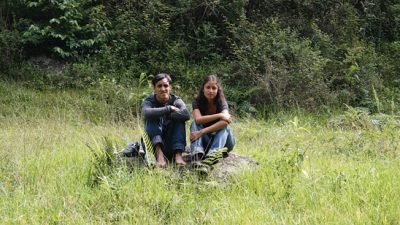 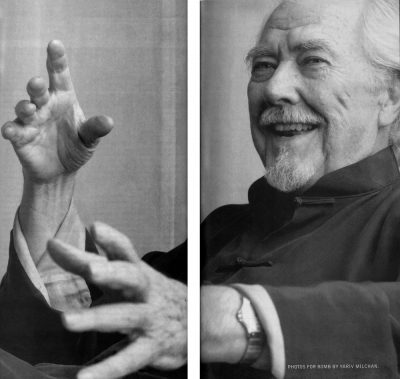 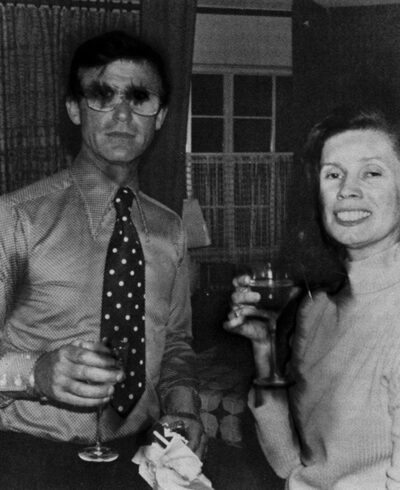 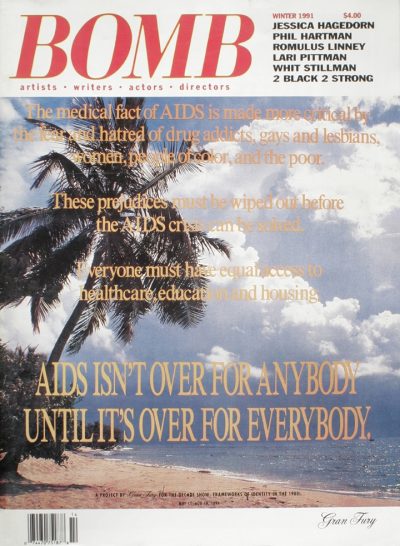