Race in Space by Glenn O'Brien 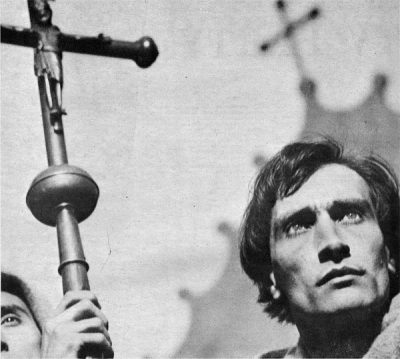 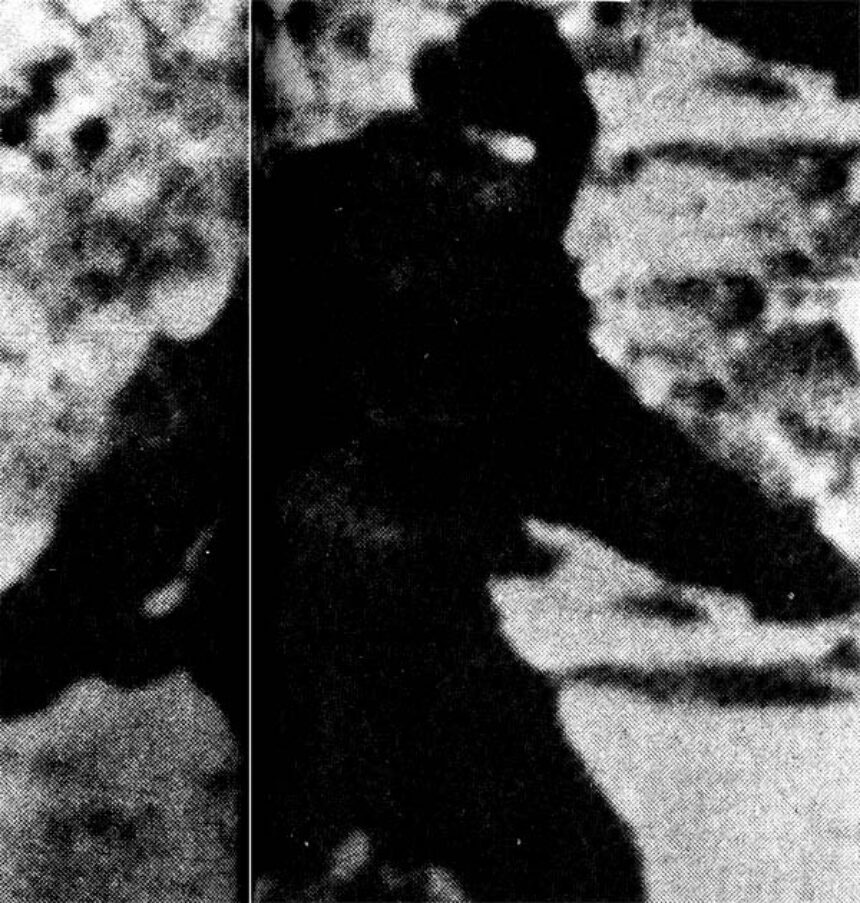 THEY MIGHT BE FROM AN ADVANCED CIVILIZATION,
BUT WOULD YOU WANT YOUR DAUGHTER TO MARRY ONE?

In 1835 the New York Sun achieved the greatest circulation of any newspaper in the world––the surge in readership being directly attributable to the story of the century, the existence of intelligent extra-terrestial life. The reports, datelined South Africa, claimed that a new observatory with the most powerful telescope yet built had found the Moon to be inhabited by a race of intelligent beavers. The hoax may not have gone over with the sophisticated readers. John Jacob Astor, King of the Beaver Pelts must have laughed it off with one of his rare laughs as thousands of his tenants gobbled the story up as fact. But it was, in fact, an important historical event––the first modern report of intelligent aliens.

As man’s imagination absorbed more knowledge of the planet and its solar system, the aliens became more and more real. They improved as fast as telescopes. Ironically, the first superior race in the realm of science fiction, the Vril people of Sir Bulwer-Lytton’s Vril: Power of the Coming Race (published in 1871), came not from the stars, but from the pits. They lived inside the Earth, which Bulwer-Lytton described in all its hollowness as a glorious place to inhabit. The Vril are super-humanoids gifted with telepathy, flight, and the ability to use a great power called vril, which is now bandied about in the daily papers as bid energy and which Wilhelm Reich called orgone. The Vril could zap someone to a crisp although they were loathe to do so, being superior in spirit as well as eco-technologically. Bulwer-Lytton was a founder of the English Rosicrucian Society, and this novel was very popular among European occultists for many years. The Vril are white, of course, and blond and blue eyed enough to fit the Aryan myth of Germany in the twentieth century. Hitler and many of his inner circle actually believed in the hollow earth and seem to have spent some time looking for it.

But the Vril are a benevolent, beautiful, superior race of intraterrestials. At the turn of the century aliens began to appear from space. Among the first were H. G. Wells’s Martians from War of the Worlds (1896). This was not a benevolent race. It was vaguely humanoid, but as much insect as human. They were not white. But they did have some human qualities––they were colonialists, out to conquer the Earth. And they were damned ugly.“There was something fungoid in the oily brown skin, something in the clumsy deliberation of the tedious movements unspeakably nasty.”

Wells’s novel shared the best seller list with The Yellow Danger by M. P. Shiel, not exactly science fiction, but a future novel in which China and Japan wage war for world supremacy. The year was 1985.

The first great villain of outer space was of course Ming the Merciless––the despotic emperor of the evil planet Mongo, the arch enemy of Flash Gordon. Oriental villains were very popular throughout the first half of the twentieth century, epitomized by the evil Dr. Fu Manchu, created by Sax Rohmer, another English occultist who belonged to The Golden Dawn Society, (so did Bram Stoker, creator of Dracula). Ming the Merciless was Fu Manchu gone interplanetary, discontent with ruling just one planet.

A month later Hitler invaded Poland beginning the Second World War. But in the United States the huge war and invasion panic that gripped the country that October was not caused by Hitler, it was caused by Orson Welles’s radio broadcast of H. G. Wells’s War of the Worlds, updated and done in realistic style. A huge hunk of America actually believed that the Martians had landed in New Jersey. There were riots, suicide attempts…

But soon the world was plunged into a real planetary race war. Hitler’s favorite movie was King Kong. Apparently he thought it immensely funny––the blonde in the hands of a lustful giant ape––and finally the ape was conquered and the maiden delivered. It was perfect.

Hitler was a big fan of science, but he was also an occultist. His idea of a master race was something like Bulwer-Lytton’s Vril––heroic, proud bodies. He once said, “Let a German professor run the world for a few centuries and you’ll have a race of cretins made up of people with big heads on shriveled bodies.”

“Hitler should have seen this,” I thought as the aliens emerged from the mothership in Close Encounters of the Third Kind. I thought of his words as the funny little melon-headed Brancusi gumbie eunuchs cavorted with porpoise-like earnestness.

Maybe German professors have been running the world for a few centuries. Judging from the aliens we’ve been imagining it seems as if we’re headed that way. Science fiction and saucer contactees seem to agree––most aliens are puny ectomorphs with hydrocephalic crania, no hair and white skin. If that’s evolution I’d rather not go.

I also think of that Hitler quote when I see Mike Wallace’s Biography of Werner von Braun on the tube. After lobbing /&&V-° missiles against London, Werner went straight from boiling Hitler to gladhanding Ike without passing through Nuremburg, settling in the US where he launched our first satellite, and designed our end of the world delivery system.

The vision of the German professor may still be guiding the show, making our models for “evolution.”

The saucers appeared at the end of the Second World War. Their occupants are most often described as humanoid. Not infrequently they are attractive white people, seemingly no different from regular humans.

The “close encounter” that is perhaps the favorite of the UFO establishment is the story of Betty and Barney Hill, which became a book and a TV movie. This mixed couple, Betty is white and Barney black, were driving down a highway in New England at night, when their car was stopped by a flying saucer. They were taken aboard by the occupants, according to the story, and were examined. After they returned to their car they had no memory of the incident, but both suffered the symptoms of emotional trauma. Under hypnosis the story came out. But Betty remembered one thing that Barney didn’t. The captain was wearing a Nazi uniform. Doctors say its an archetype from her subconscious. Well, who knows? But there are a lot of Nazi UFO fans out there. Well, a few anyway. Enough to buy the books of Samisdat Publishing of Toronto, which puts out Nazi UFO’s and Secret Nazi Polar Expeditions. There are lots of kinky drawings of saucers decorated with iron crosses, runes, etc., hot out of archives. This is the fringe of course, but Darth Vader had to start someplace, didn’t he?

In science fiction whites rule the galaxy. Only in the seventies did other races get even token representation in the colonization of the universe. How many Vulcan officers are there in star fleet, not to mention talking unicorns or silicon based intelligent mineraloids. The highest ranking black in the history of space is Star Trek’s Lt. Uhuru. And her job is listening to the radio.

The most distinguished black (except James Earl Jones as Darth Vader’s voice) is the astronaut in the TV movie of Ray Bradbury’s Martian Chronicles who is first to be possessed by a Martian intelligence. Some distinction.

Indeed, in the most popular pop visions of space white racism has taken over the Universe. Star Trek has the barely integrated Federation battling the Neo-Fascist Romulans and the somewhat Ruskie-Mongoloid Klingons. Star Wars finds a WASP elite holding out against a near universal Fourth Reich, complete with Intergalactic Storm Troopers and Darth Vader as the six million dollar Himmler. Battlestar Galactica is even more atavistic, with a barbarous, almost Hittite bunch of Neo-Fascists persecuting the Tribes of Israel meet Lost in Space, with master-race implications on both sides.

One wonders what Hitler would have thought of the Planet of the Apes series. During a time when science fiction was in a bit of a slump as far as movies and TV go, the Planet of the Apessaga produced three enormously successful movies and a TV series. Hitler and Muhammad Ali are not the only people in history to characterize blacks they don’t like as apes. It’s a common racist metaphor that the KKK among others are quite fond of. It goes back to the days when Darwin was hot off the presses and the cause of lots of wild speculation about the origin of the races. Now in the original “Planet of the Apes” there is even a black astronaut––he gets knocked off early on––but I still think that what accounted for its extraordinary appeal was its subconscious metaphor. Metaphorically this could be the “Planet of the Niggers.” Blacks take over after a holocaust and society is inverted. Now there’s something you could never make a movie about.

I was once sent on a Bigfoot hunt by a major magazine. It took me to one of the hotbeds of Bigfoot sightings, Pulaski, Tennessee. Contacting local Bigfoot observers, I learned that the area was also rife with flying saucers, cattle mutilations and the infamous Men in Black. But Bigfoot was all over the place. It’s a huge manlike creature covered with hair, they say. One redneck “contactee” describing his first Bigfoot encounter said, “It was huge and black. I knew it wasn’t no nigger, cause no nigger is that big and fast.”

Contactees told me that the aliens had confided in them to some extent, and that among the reasons for their contact was sex. Their race, debilitated by genetic damage from a nuclear war, needed potent human sperm. One of the contactees I met was the father of 22 children. He had had close encounters of the intimate kind. The aliens were short, pale, blond, with big heads, little hair. They were the cattle mutilators, the contactees said, as their diet is blood and “the parts of the animal you or I would throw away.”

Most of the sinister men in black were described as seeming to be orientals, but very strange. When I was leaving Pulaski, Tennessee I was convinced that something strange was going on there. It almost didn’t seem to matter if their stories were true or they believed them. I noticed that the plaque on the old town barbershop said that it was in this barbershop in 1865, that the Ku Klux Klan was founded. Myths die hard if at all. 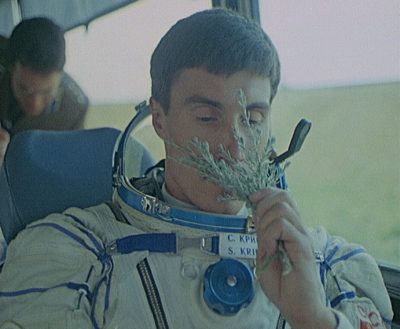 On directing a film about the Mir space station and viewing the fall of the Soviet Union from above.