The idea of curating a show entirely from Post-it notes is so simple that it quietly slipped below my critical radar. The concept alone is very layered and clever, in addition to the fact that the format would serve well in a charitable capacity. 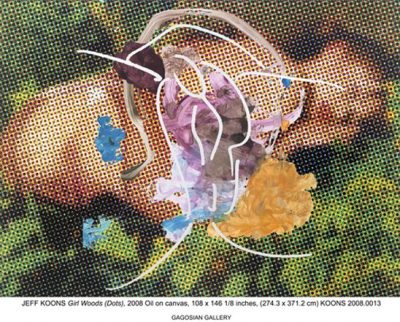 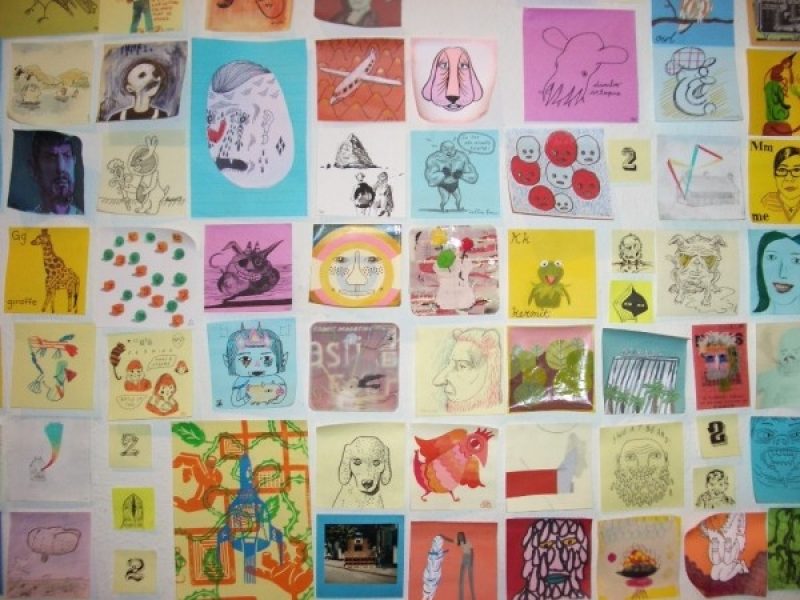 The first thing that came to mind when I saw Post-it Show 4 at the Giant Robot 2 gallery in Santa Monica was… why didn’t I think of that? The idea of curating a show entirely from Post-it notes is so simple that it quietly slipped below my critical radar. The concept alone is very layered and clever, in addition to the fact that the format would serve well in a charitable capacity. Post-it Show 4 is now over, hopefully number 5 is in order, and if that’s the case then just consider this a preview.

The Post-it note was invented by Arthur Fry and first manufactured by 3M in 1980. They are the stationary equivalent of less than a brain fart. Their great popularity over the last 30 years has since produced a broad spectrum of colors and sizes, and handily placed them at arms reach in just about every office and kitchen. Post-its are not widely considered an artistic material. They are not acid free or archival in any way. They are common, cheap and small, but these humble qualities have actually inspired artists like Rebecca Murtaugh and big-time curators like Paola Antonelli to further investigate their poignancy over the years. It’s quite like when people used to think that dirt was just dirt, and along came land artists like Michael Heizer and Robert Smithson, who pushed the world to dig deeper and consequently redefine the value of earth.

Almost every artist carries a sketchbook journal. The theme of work in these books can jump from laundry lists to architectural layouts. Some sketches can take a minute and others can take all day. If we apply this sentiment to Post-it notes, it is fathomable that a creative person could render something thoughtful and interesting on them as well. The stories of Picasso settling for lavish restaurant meals by drawing on the bill are legendary, and by that rationale we could pay respect to a page from the journal of any talented artist, or at least a well drafted Post-it from their refrigerator door. 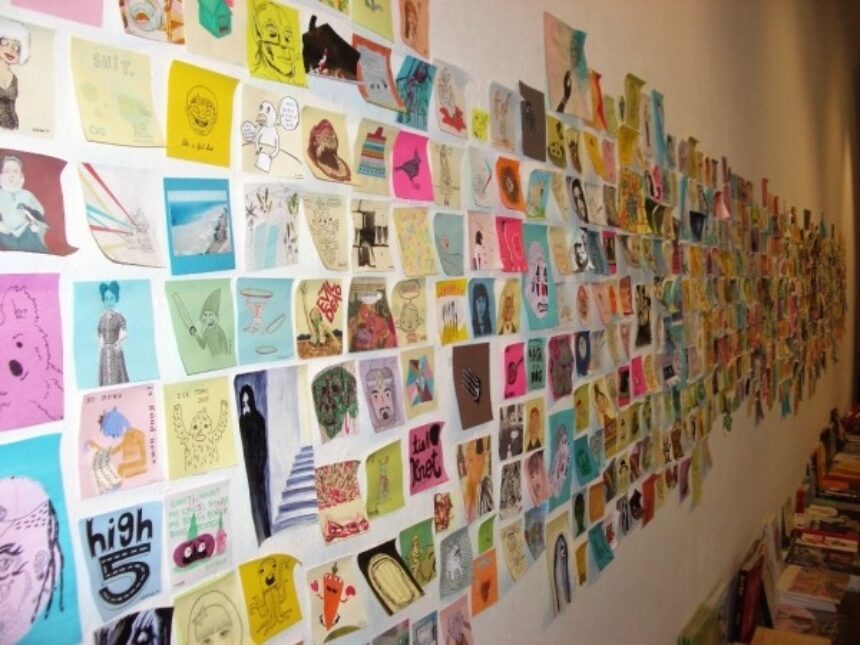 Post-it Show 4 was curated by Mark Todd and Esther Pearl Watson, featuring nearly 2,000 works by over 125 artists. The exhibit spanned a long wall in a horizontal strip. From a distant perspective, the variation of colored squares bound them all together as one piece. Ellsworth Kelly could have had a field day installing this show. As the viewer approached the wall, the drawing within each square would come into focus. It is also important to note that the gallery did not have enough space to exhibit every submitted Post-it simultaneously. Therefore, one sold would immediately be replaced by another. This cash-and-carry philosophy meant that with each purchase a metamorphosis of content was also taking place. Maybe a Rorschach blot took the space left by a portrait of Lou Ferrigno after it replaced a western woodblock print of the number two. The dialog between notes was totally random and the variation of style, technique, and medium was awesome. Portraits, landscapes, abstracts, minimalism, realism, surrealism, pencil, ink, collage, you name it… there was ample inspiration for everybody.

One particular collector who visited this show was eight years old, and I was informed that he really took his time to make a decision. The funny part is that I can imagine Andy Warhol being just as deliberate. Otherwise, anyone who would ever thumb their nose at an exhibition of this nature needs only to remember Henri Matisse, who eloquently observed that all the great discoveries in art and life were simple, familiar truths seen new. Now, please write that down and Post-it on something. 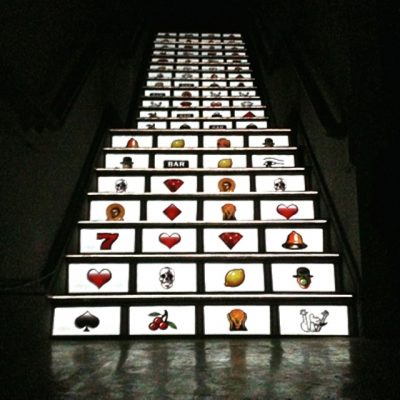 Kevin Kinsella discusses the current exhibition on view at the Radiator Gallery, This Is How My Brain Works, which offers a keen curatorial selection of collage art by various artists.