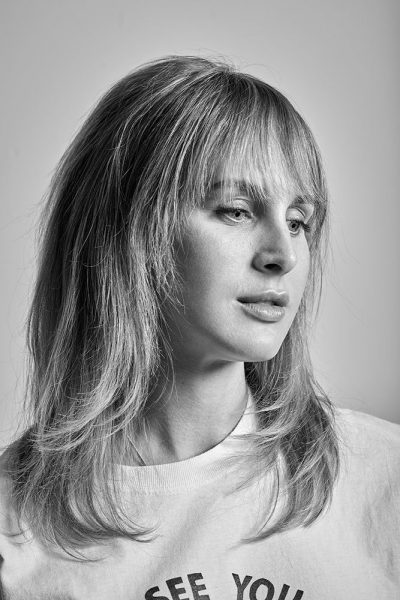 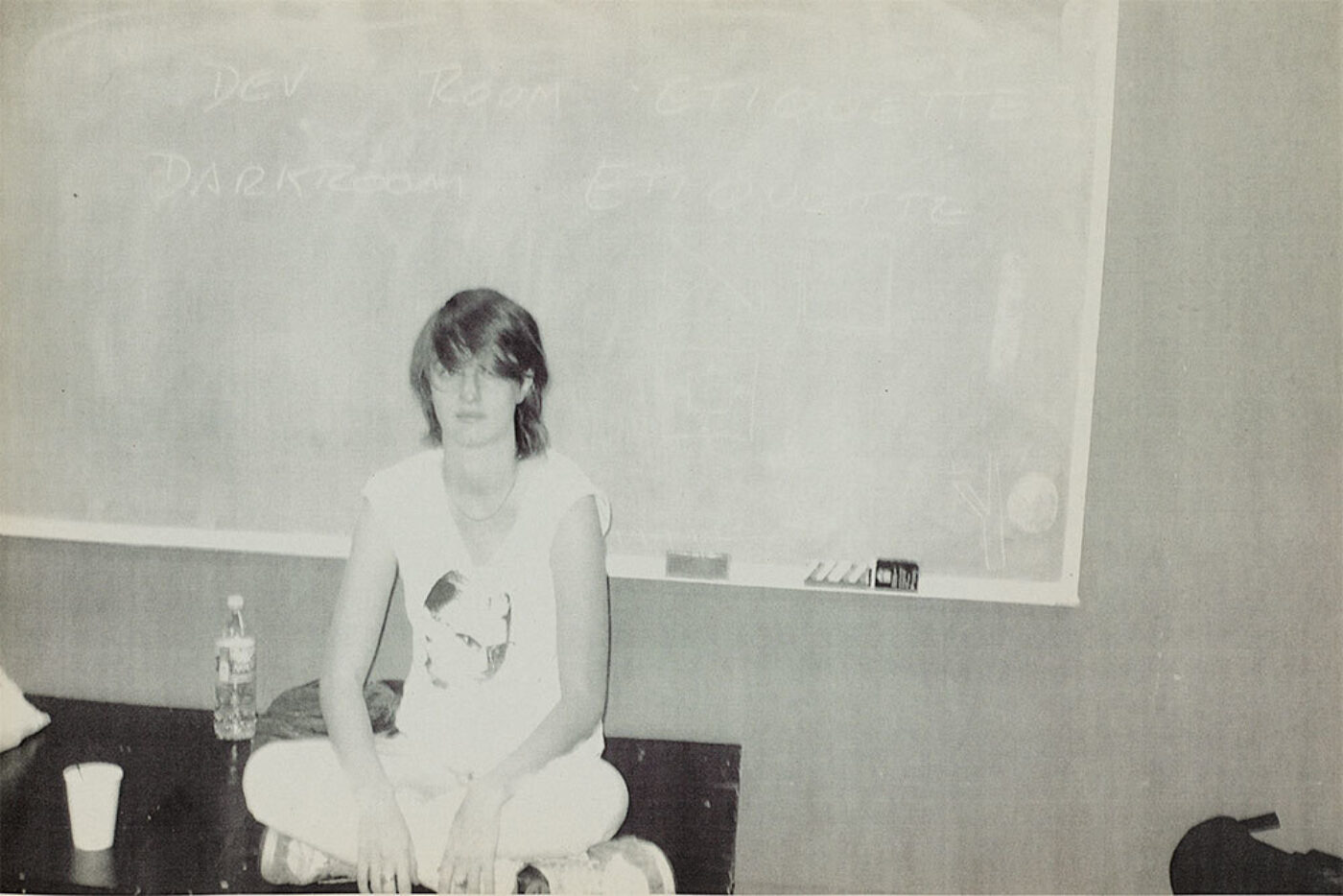 A queer archive eats itself because at times it craves fixity, even when it is supposed to be constantly in motion. What would queerness be if it did not have in-between-ness, oppositionality, or fluidity? How could queerness not be those things? We sometimes seek lovers who can tell us that there is more to who we are than the various adjectives with which we can be described. 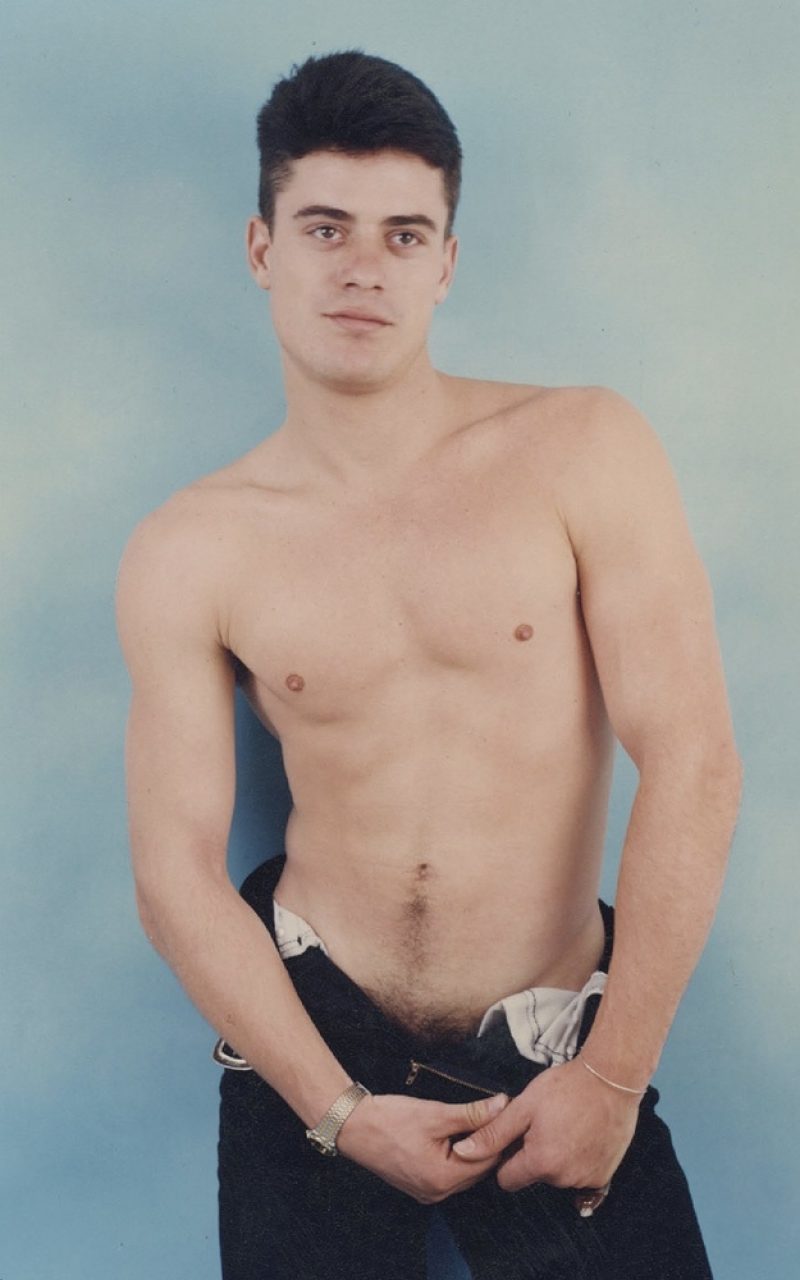 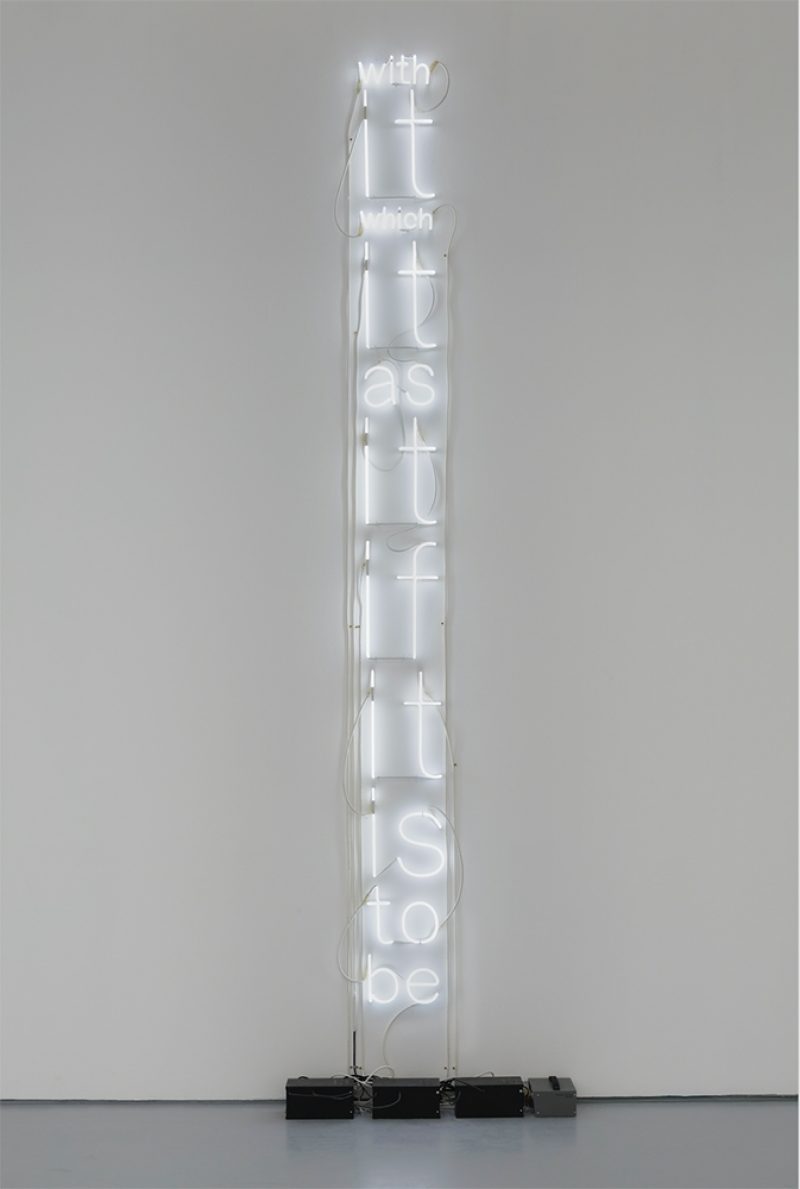 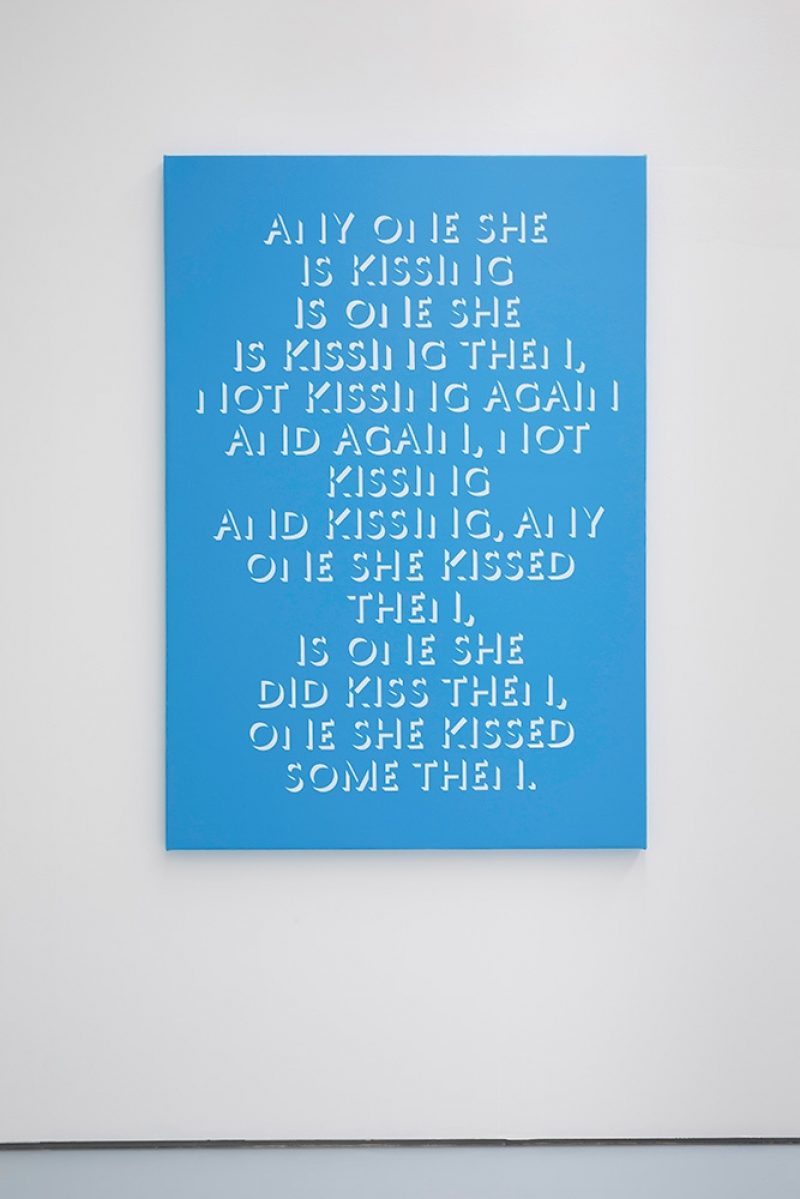 In “Giotto’s Joy,” Julia Kristeva writes of his painting: “We must then find our way through what separates the place where ‘I’ speak, reason, and understand from the one where something functions in addition to my speech: something that is more-than-speech, a meaning to which space and color have been added.” Though Kristeva has dis-identified in some ways with feminism, her words nevertheless could contribute to a queer-feminist methodology of archiving.

Eve Fowler, These Sounds Fall Into My Mind, 2019. Video (excerpt). Courtesy of the artist and Morán Morán.

Fowler’s “more-than-speech” is in fact a profusion of speech, an amassment of small choices and small attachments that are neither/both autobiography and history. Yet when the “I” wishes to remain intact, Fowler stays with it. Kristeva continues: “My choice, my desire to speak of Giotto (1267–1336)—if justification be needed …” Neither Kristeva nor Fowler need justification, so they speak in the subjunctive, in the tense of possibility. Their choices are unabashedly desires, and their desires are histories.

Eve Fowler, with it which it as it if it is to be, Part II, 2019. Video (excerpt). Courtesy of the artist and Morán Morán.

So on newsprint you find that lover whose touch you recall but not their face,
someone who moved you to write poetry
when you thought you could only produce
quixotic coming-of-age tales.
Their hair falls in a manner slightly different from what
you remember.
On your way home,
the midnight streets open up just enough so that
you can find yourself in them,
plucked into the present by a memory that you haven’t
experienced yet.

Eve Fowler lives and works in Los Angeles. A graduate of Temple University (BA, 1986), and Yale University (MFA, 1992), Fowler has had solo exhibitions at DCA Scotland; Participant Inc, NY; and in Sydney Australia at ArtSpace. Her work was included in Sites of Reason: A Selection of Recent Acquisitions at the Museum of Modern Art, New York, and in The Manifest Destiny Billboard Project organized by LAND, in 2014. Her book Anyone Telling Anything Is Telling That Thing was published by Printed Matter in September of 2013. Her second book, Hustlers, was published in May of 2014 by Capricious Publishing. Fowler’s recent film with it which it as it if it is to be (2016) screened at MOCA, Los Angeles; the Lumber Room, Portland, OR; and at The Tate St. Ives, in 2018. In addition to her studio practice, Fowler organizes Artist Curated Projects in Los Angeles, and she just completed a Fellowship at the Radcliffe Institute. 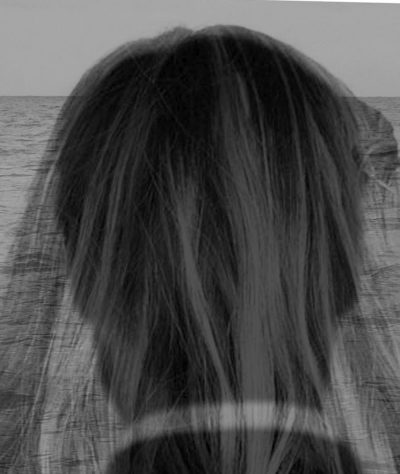 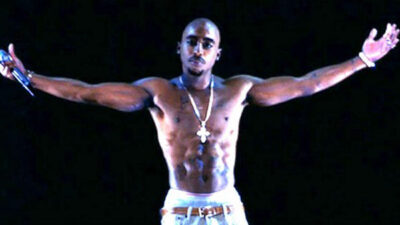