New works based on research into historical museums in London. 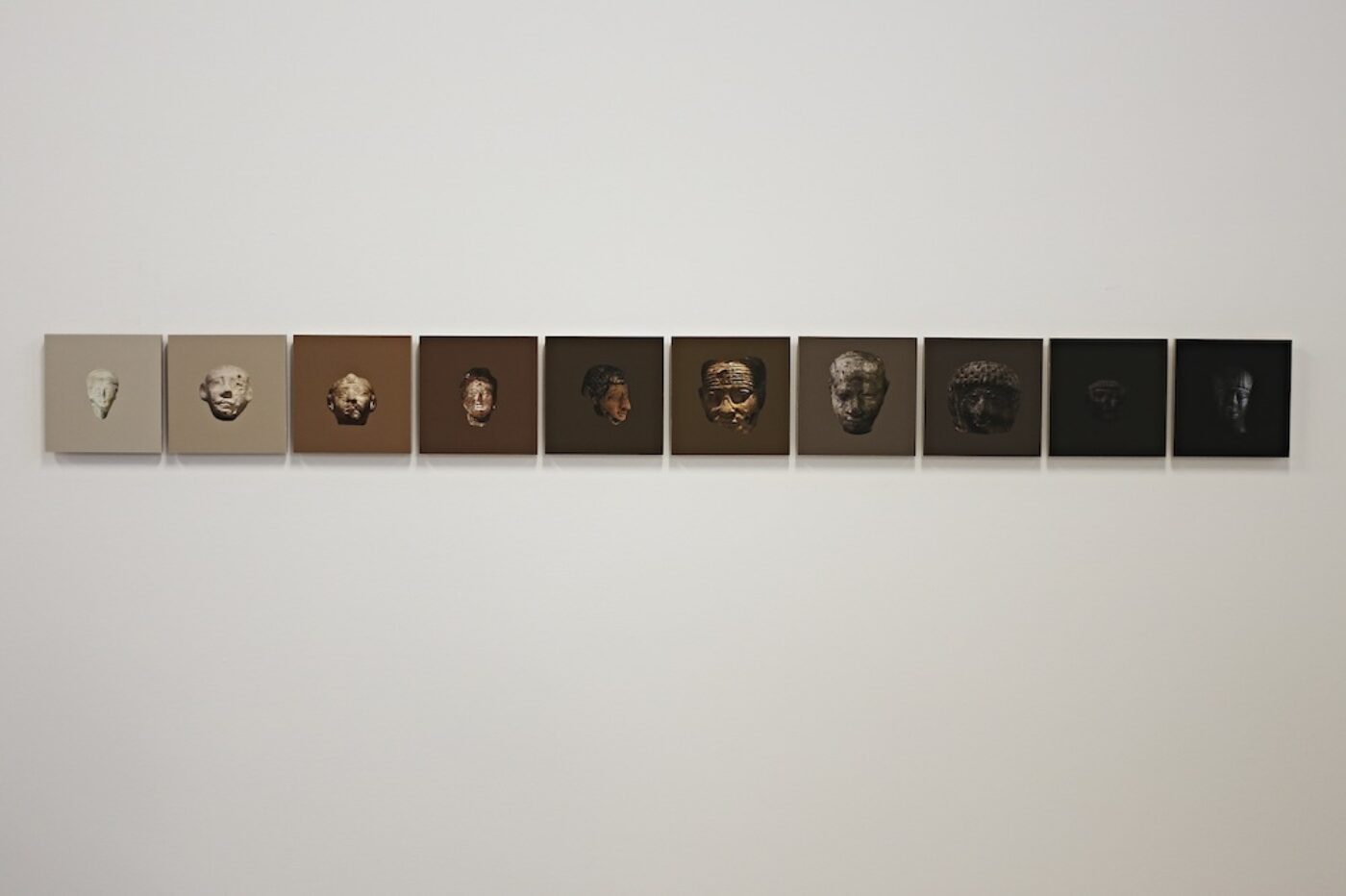 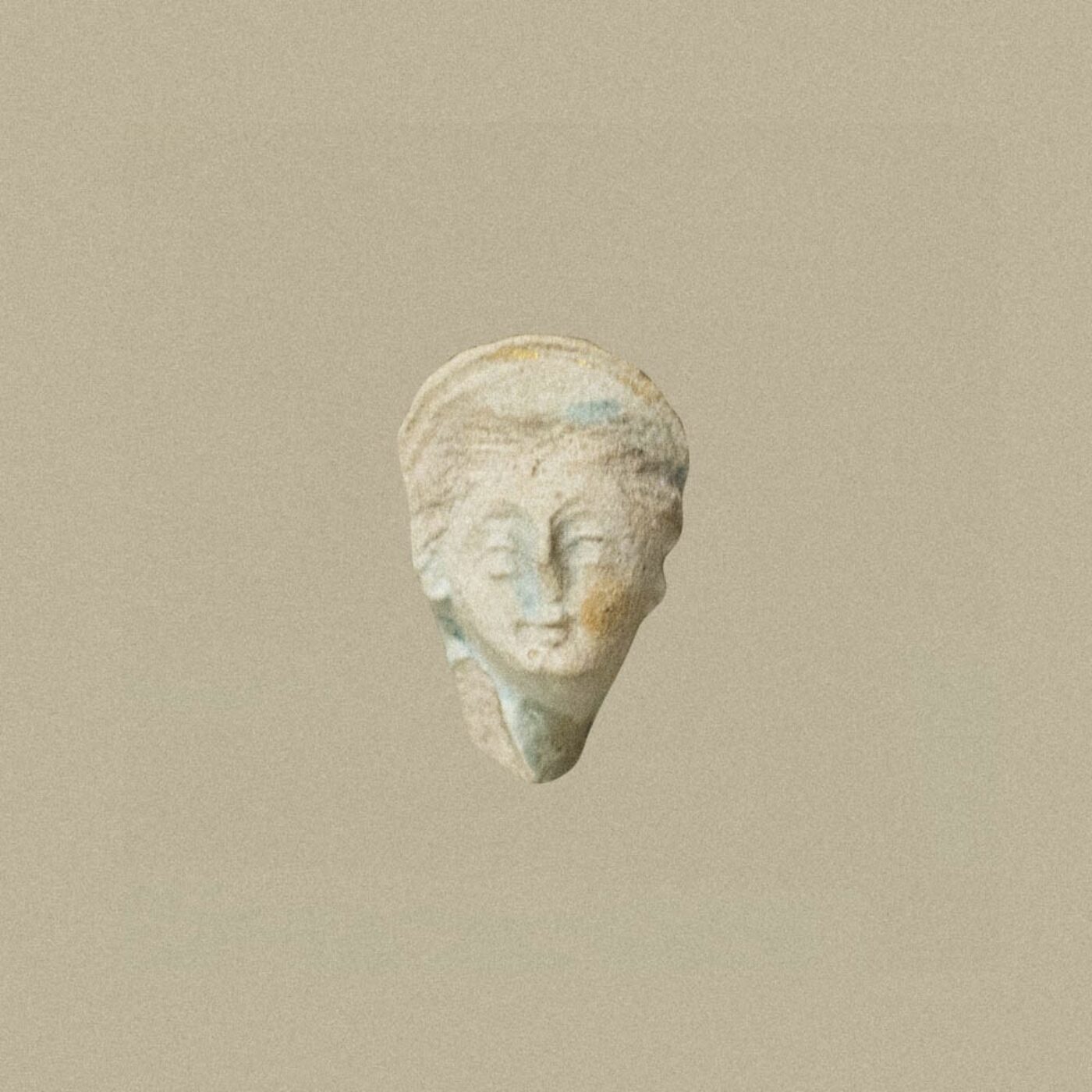 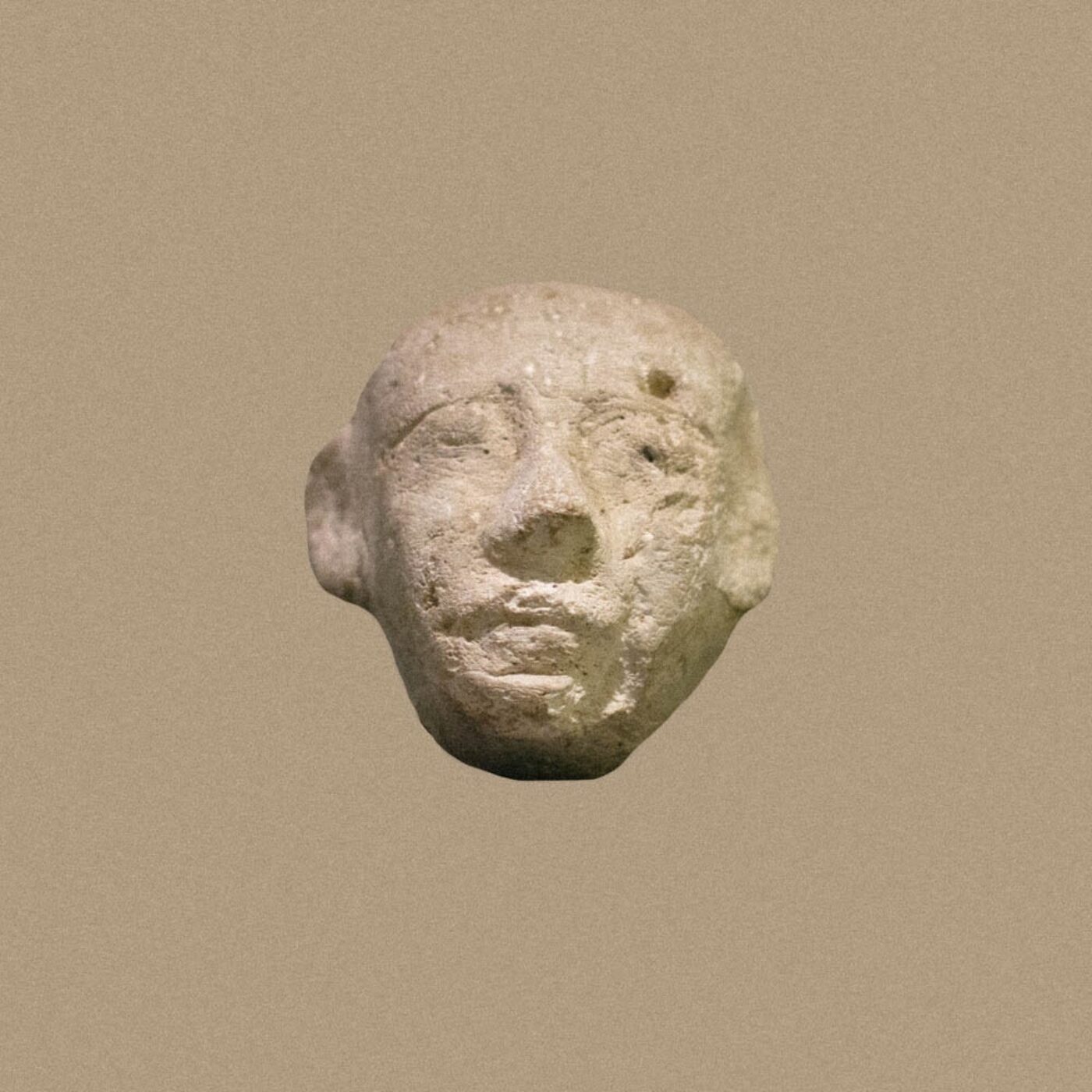 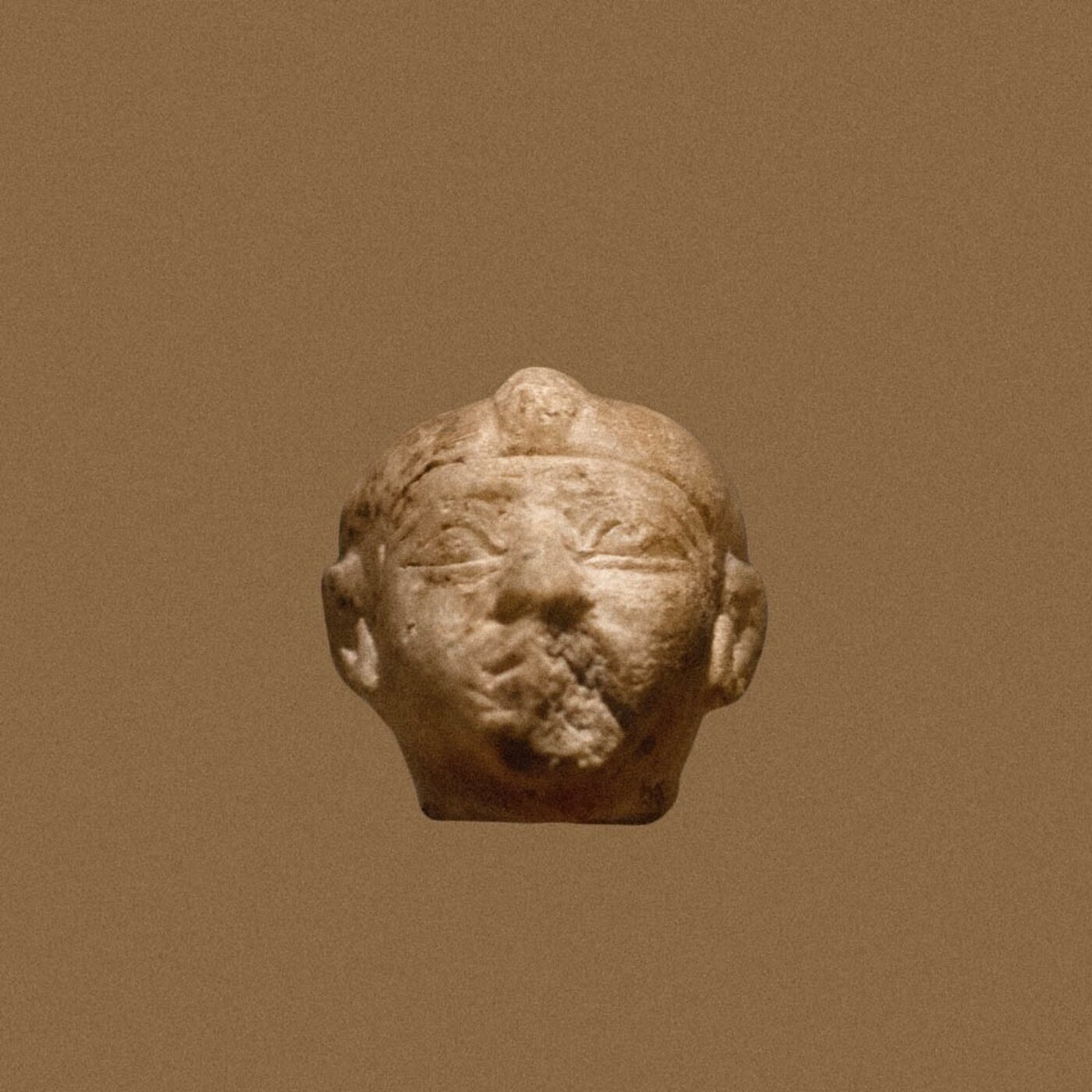 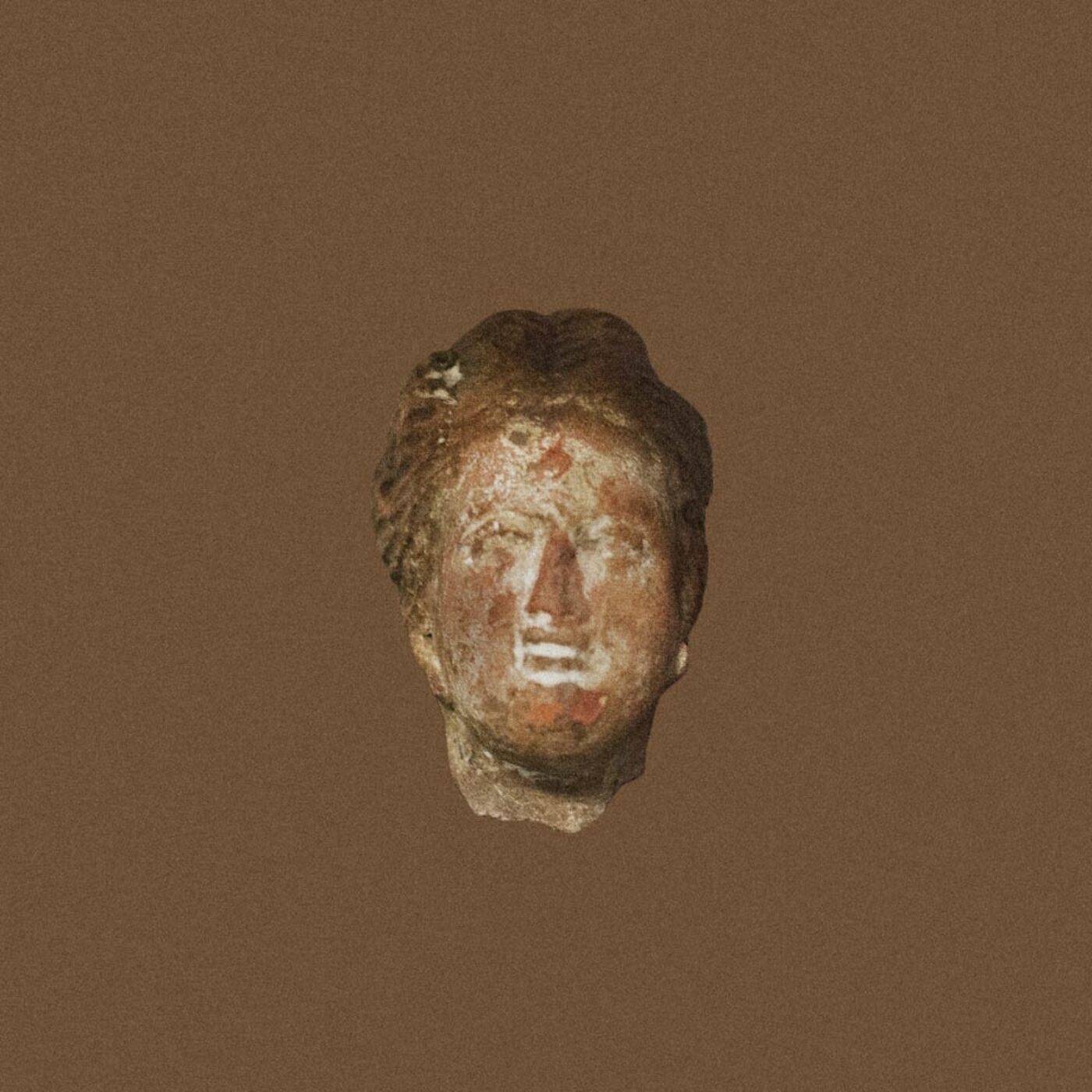 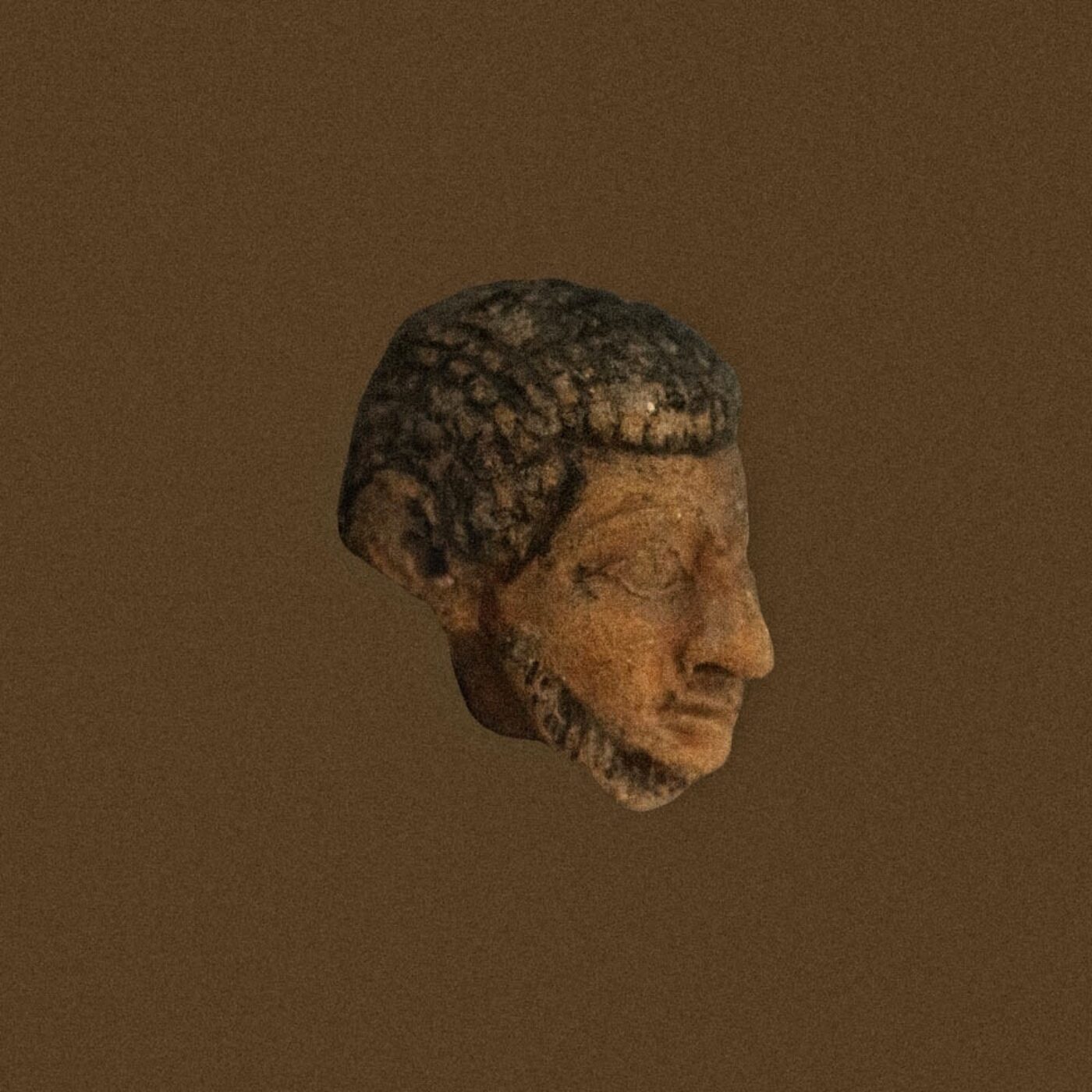 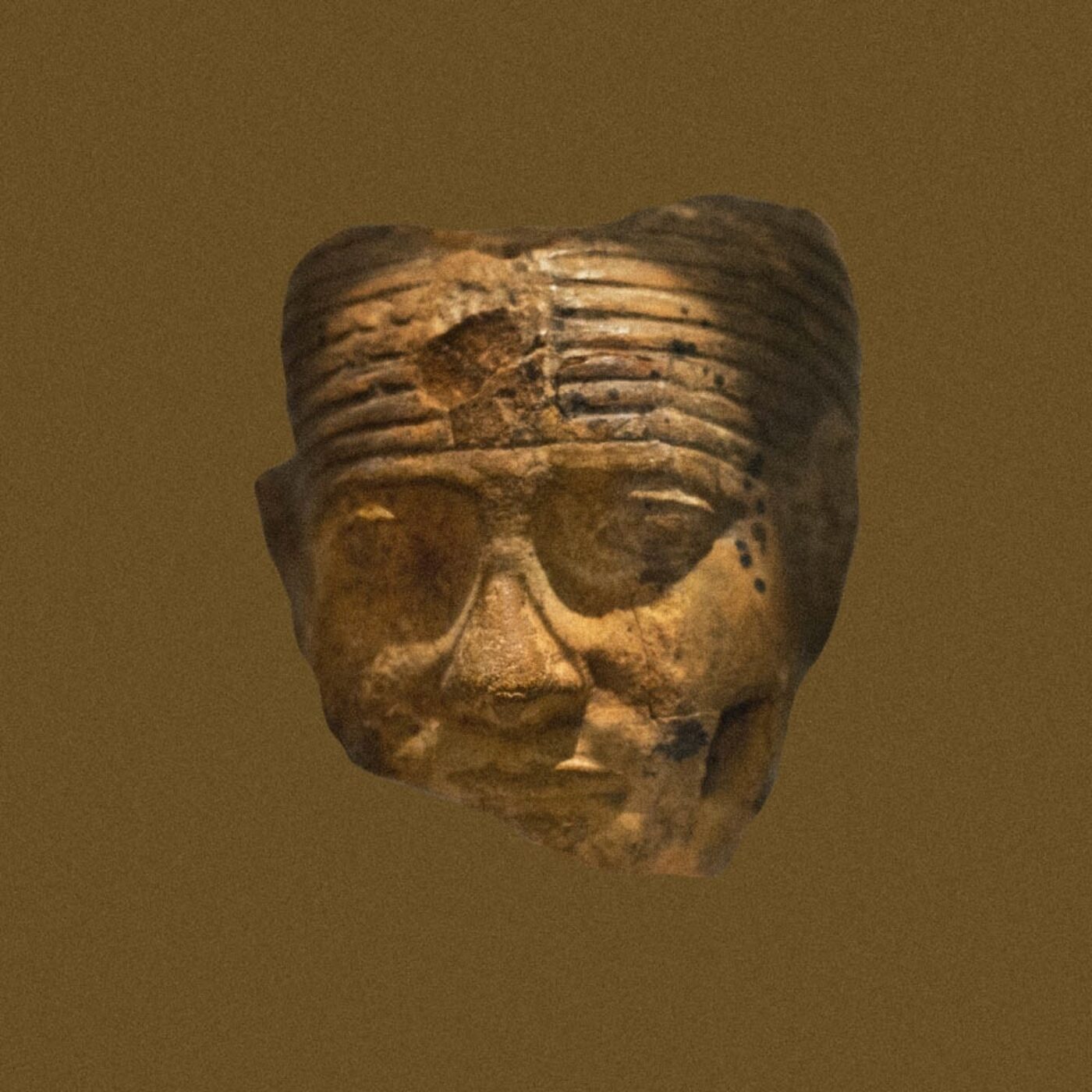 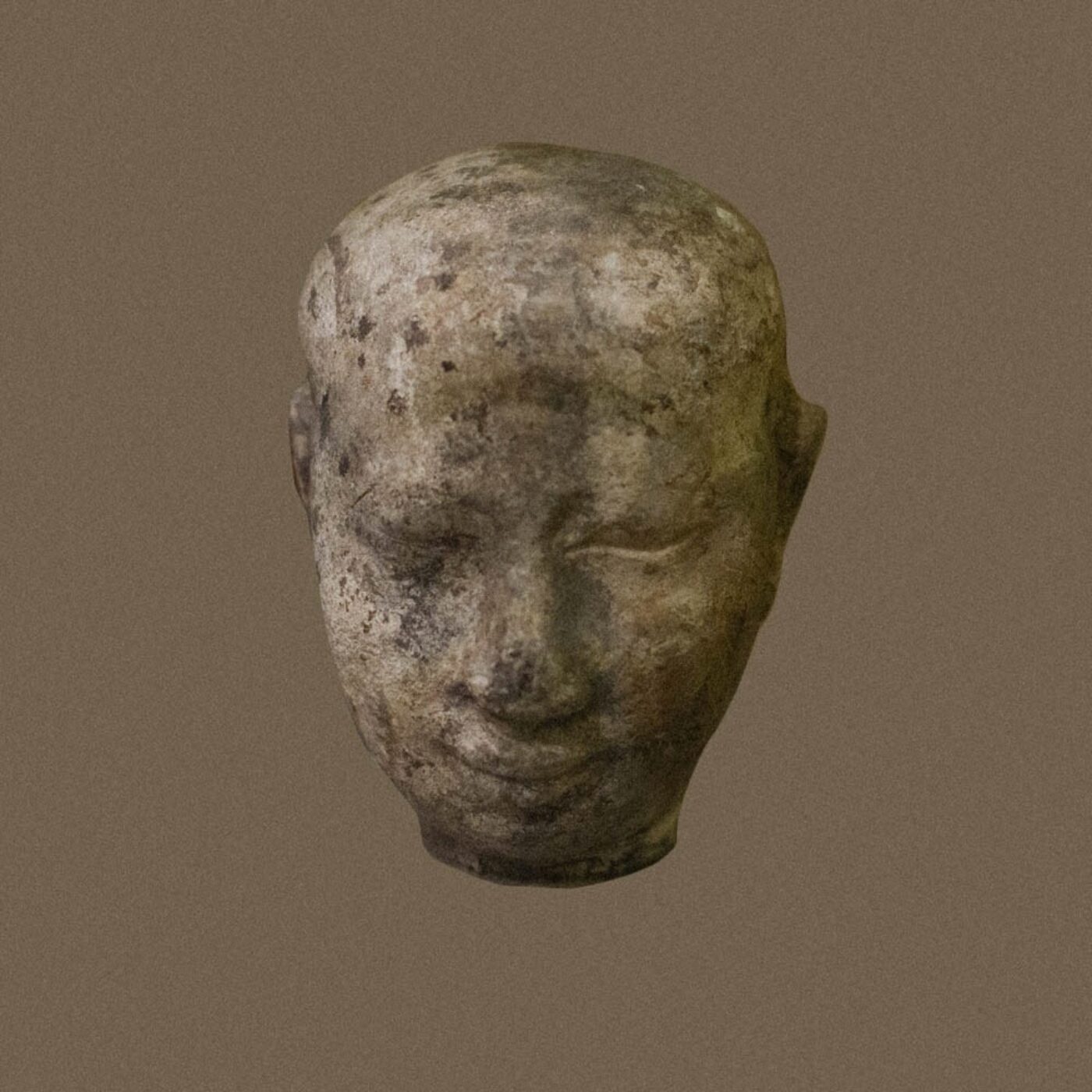 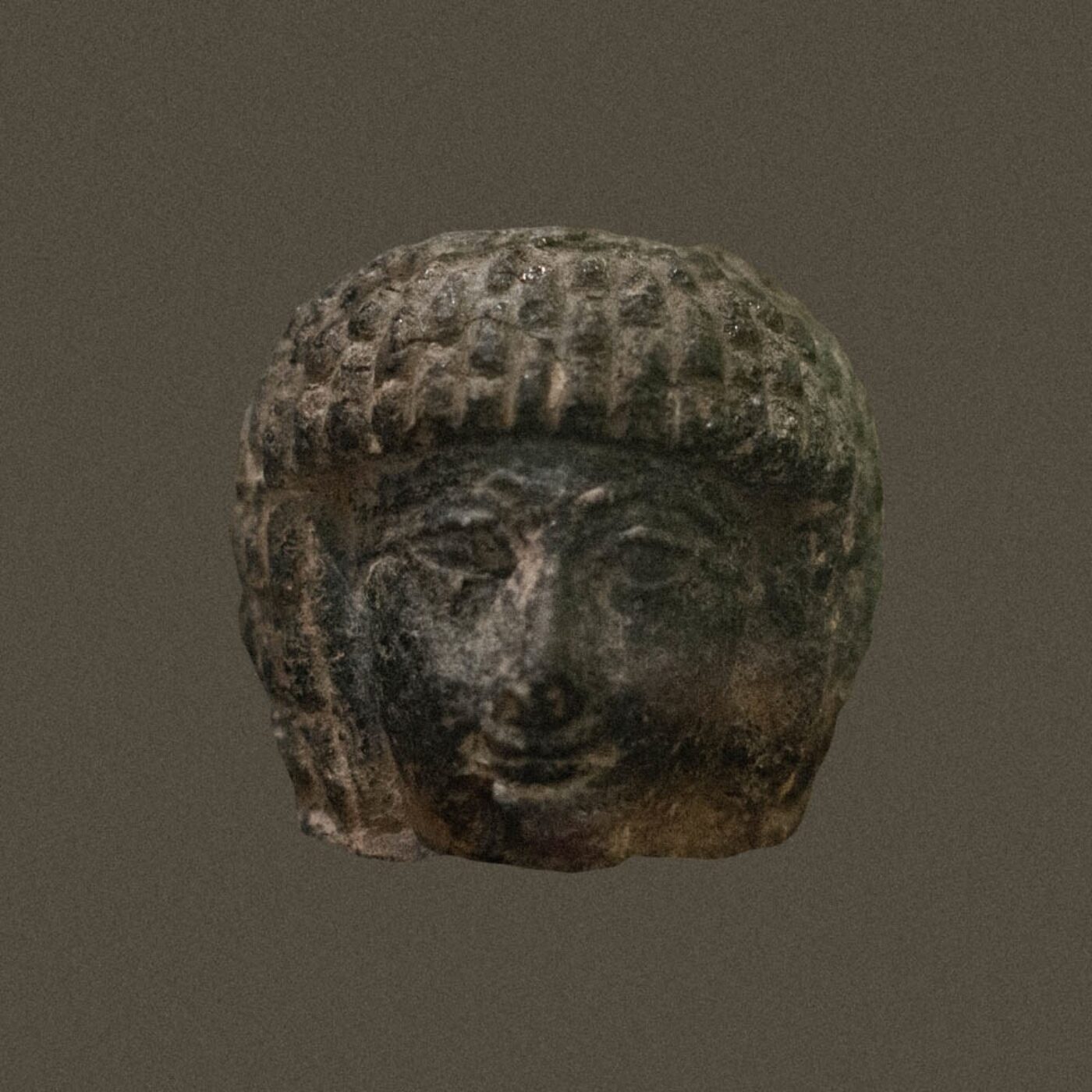 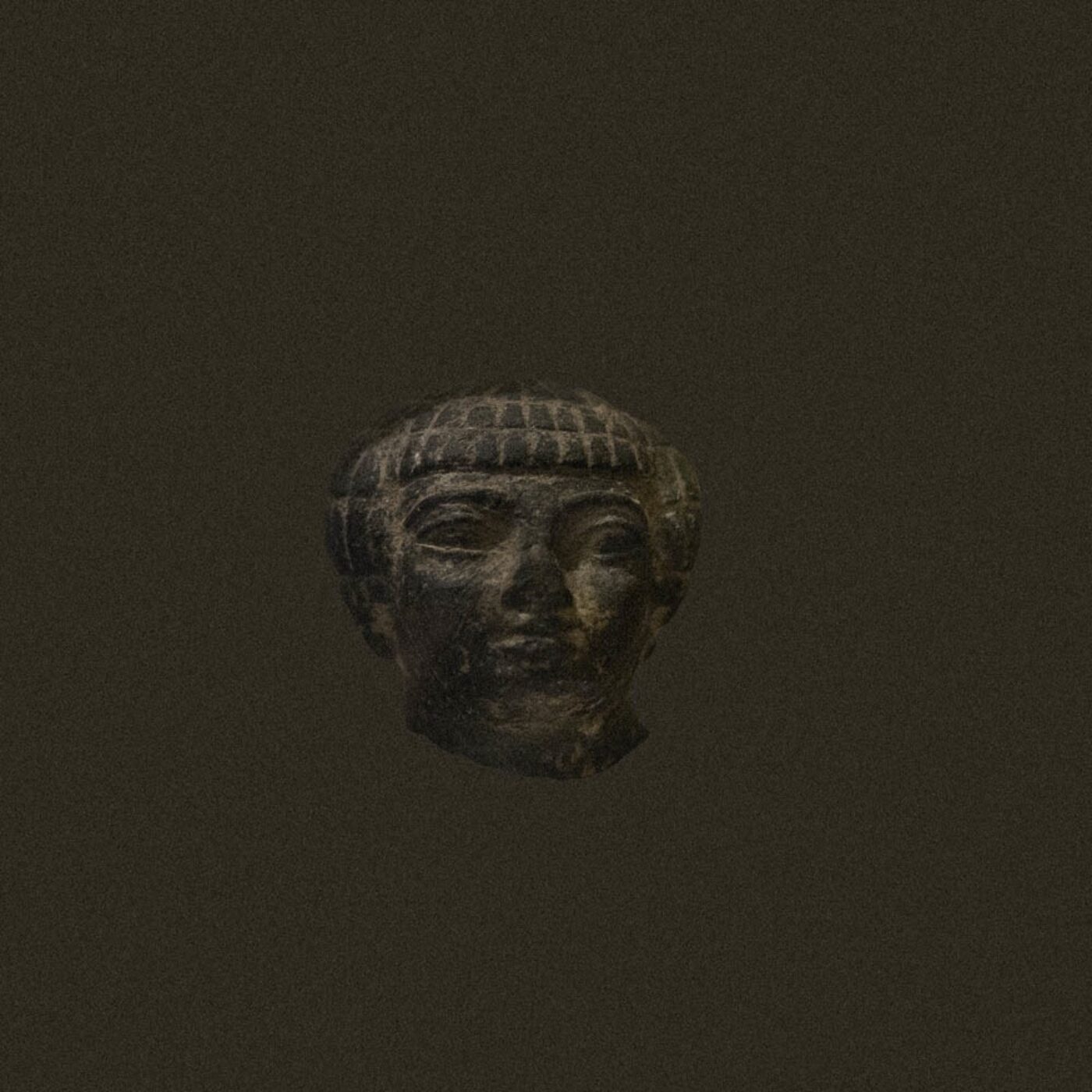 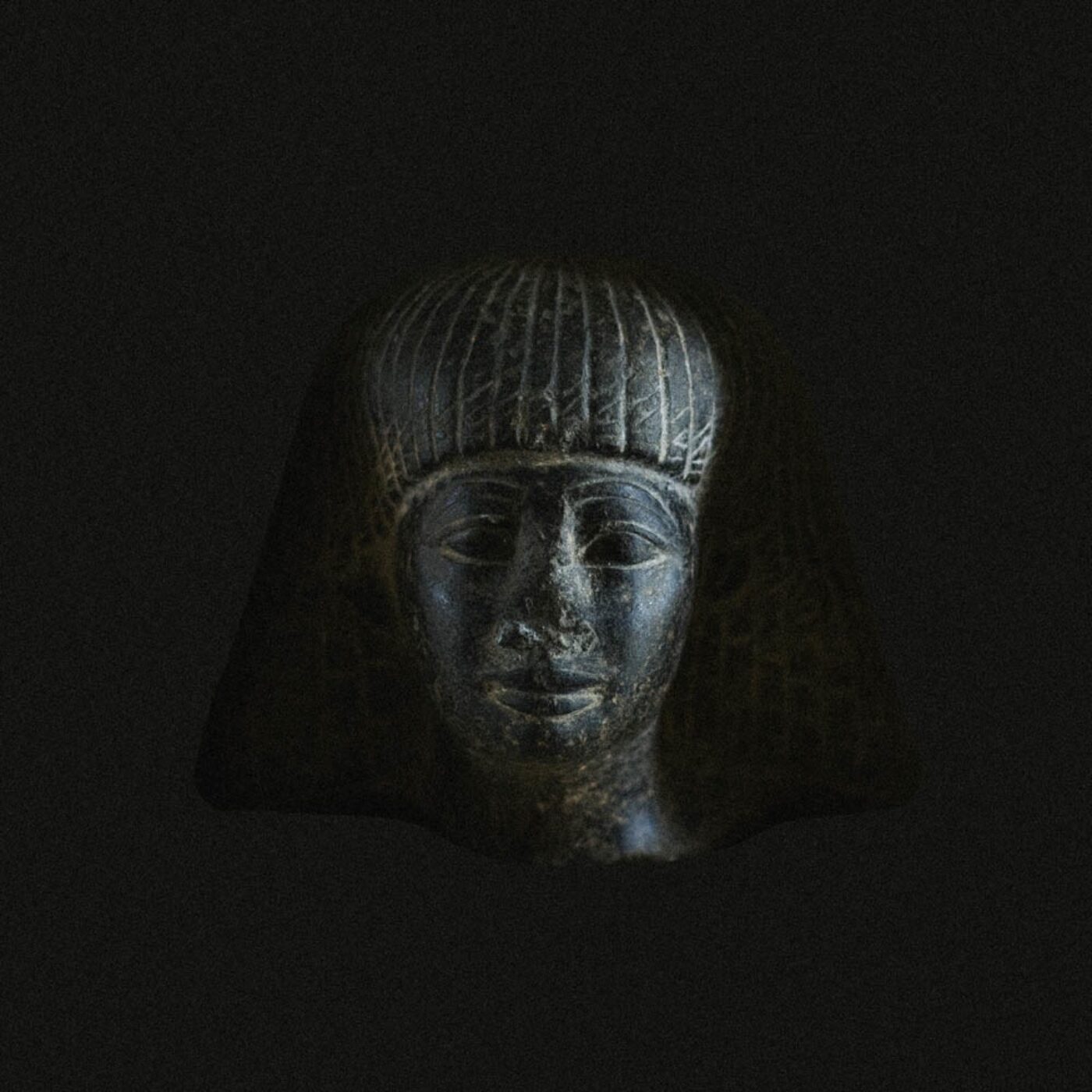 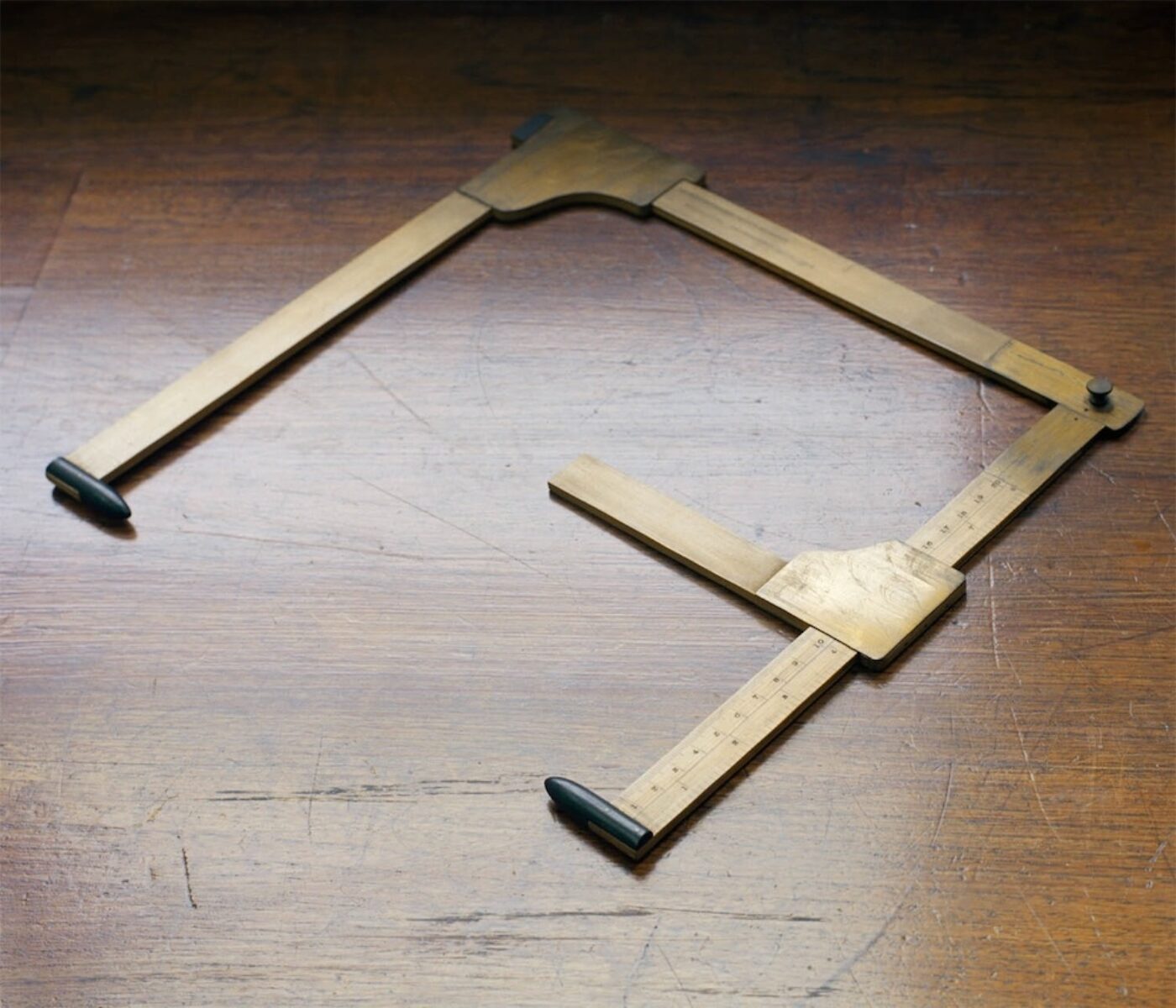 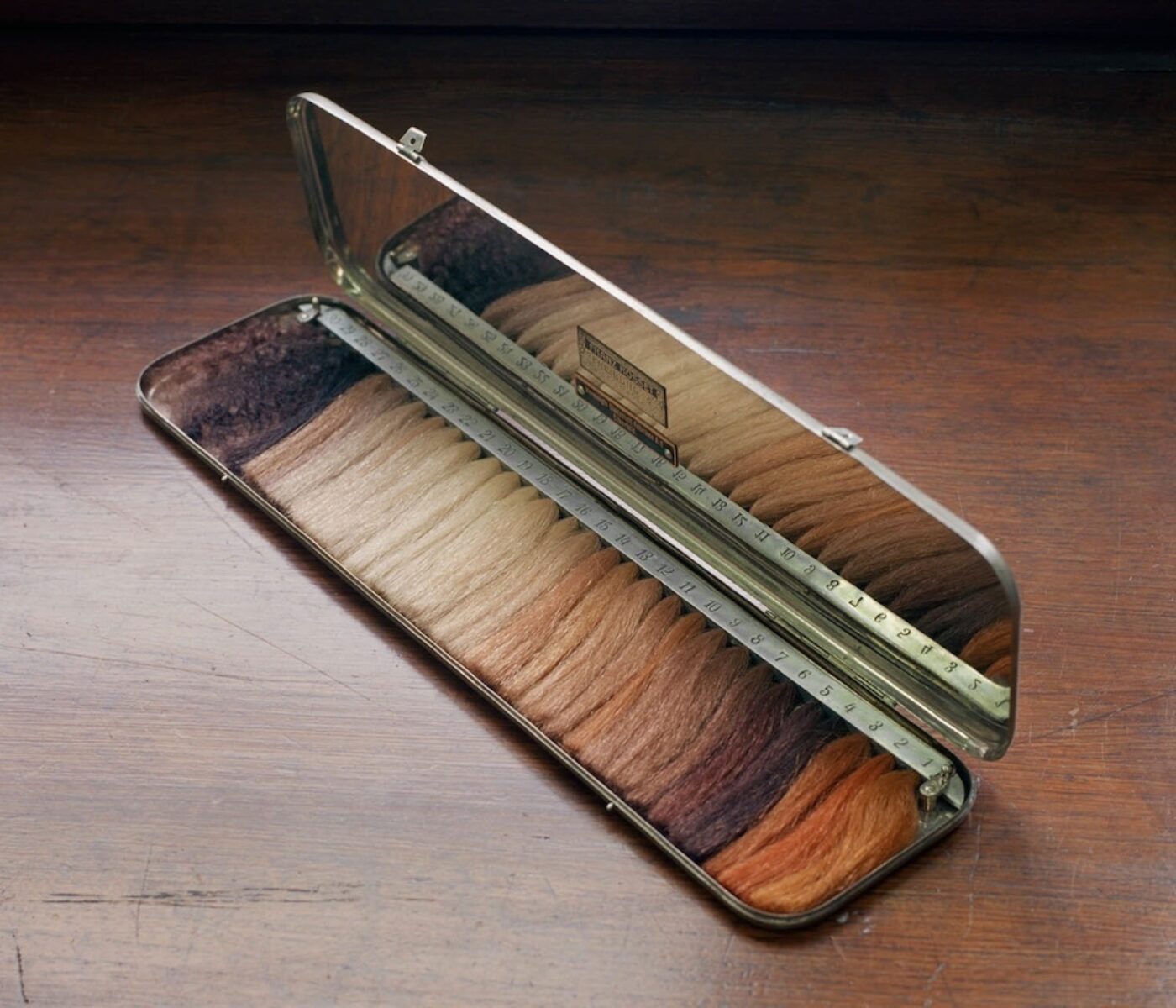 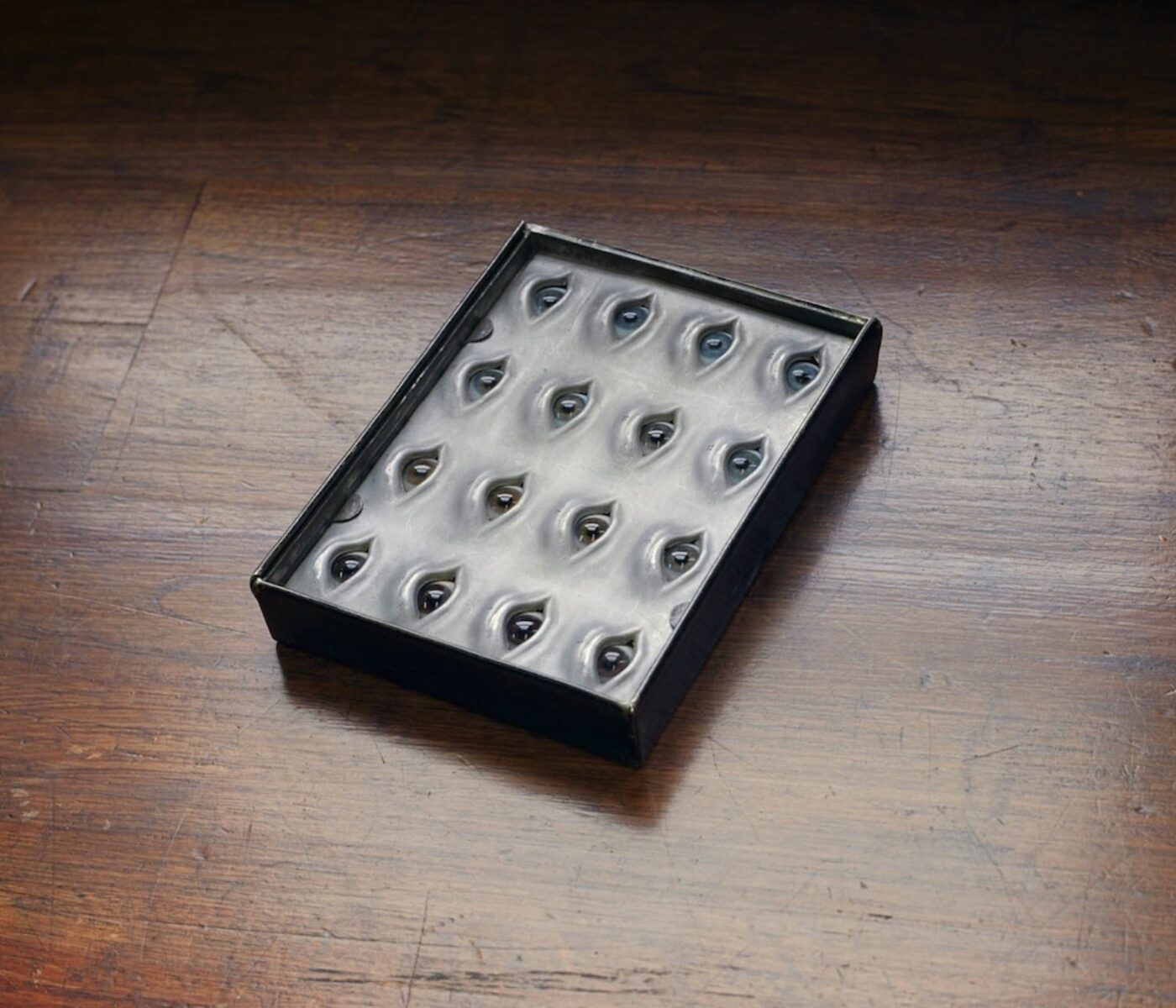 These works are based on research that traces the footsteps of Sir Flinders Petrie, the father of modern archaeology, who was also a follower of eugenics and a close friend of Francis Galaton and Karl Parsons, both pioneers in the development of eugenics. In archives and museums in London, like Petrie’s museum and the Galaton collection, which are both at UCL, I find objects that define our notion of the past, objects that are classified in a hierarchical system that is arranged in space to construct an image of the true past according to a development scale that builds up, reaching the viewer as the peak of that development.

I’m not an archeologist or a historian. As an artist, my interest in these figures is that theirs is a practice that constructs an identity: it allows me to look at an early attempt by Europeans to organize a knowledge of the relationship between East and West. Archaeology was a key tool in this process. I start with a focus on the threefold relationship between the photograph, the object, and the physical body, looking at how fragile the borders between those three are—how for the archaeologists, the categories that separate one kind of pottery from another can easily translate to human beings. How similar are the tools for measuring pottery and those used for measuring heads? I question our presumptions concerning the archaeological-historical object and its value as past evident, the nature of museum presentations and our understanding of how information is organized and the motivation therefore.

In most archaeological projects, the ultimate goal is that of true knowledge. Once other factors—such as religion, historiography, or the local population’s needs—creep in, they stand in the way of what the archaeologist sees as knowledge. This brings the archaeologist to face two distinct aspects of the profession: on the one hand, the belief in the use of the archaeological science as a legitimate and efficient tool to gather knowledge about the past, and on the other hand, a reality that does not allow for a straightforward route to that knowledge without actively stepping on someone else’s knowledge or idea of the truth.

Michal Bar-Or is based in Tel Aviv and London. She received her BFA at the Bezalel Academy of Art and Design in Jerusalem in 2008 and MFA in photography at the Royal College of Art, London. Recent exhibitions include Measure for Measure at the Petach Tikva Museum of Art in Israel, Laboratory Austria, Xhibit in the Academy of Fine Arts, Vienna, and Exile (part of the exhibition platform Host and Guest) at the Tel Aviv Museum of Art. Bar-Or was a finalist in the New Sensation 2013 project hosted by Saatchi gallery and Channel 4. 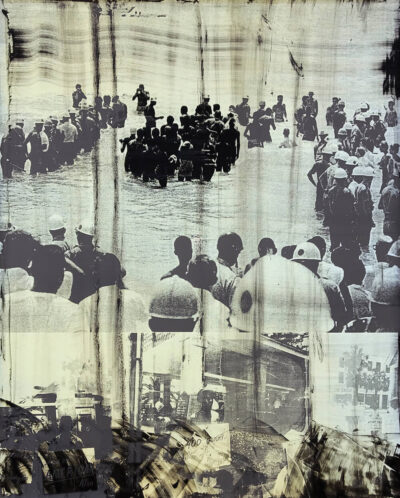 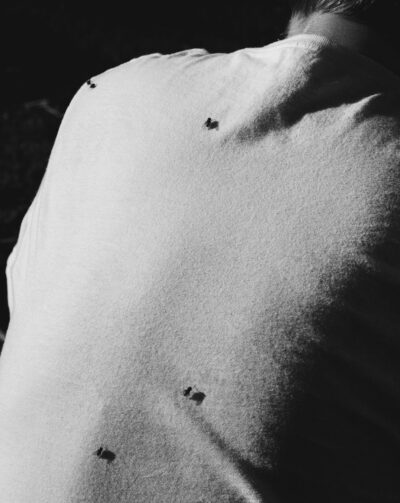 Contis explores the construction of myth, place, and masculine identity in the enduring imagery of the American West. 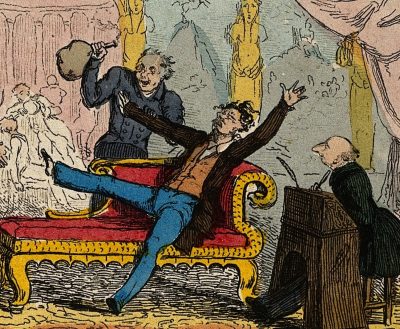