“I started making this work because I was sick of seeing everything.” 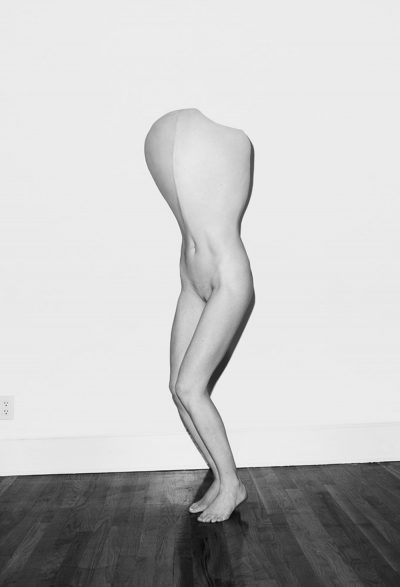 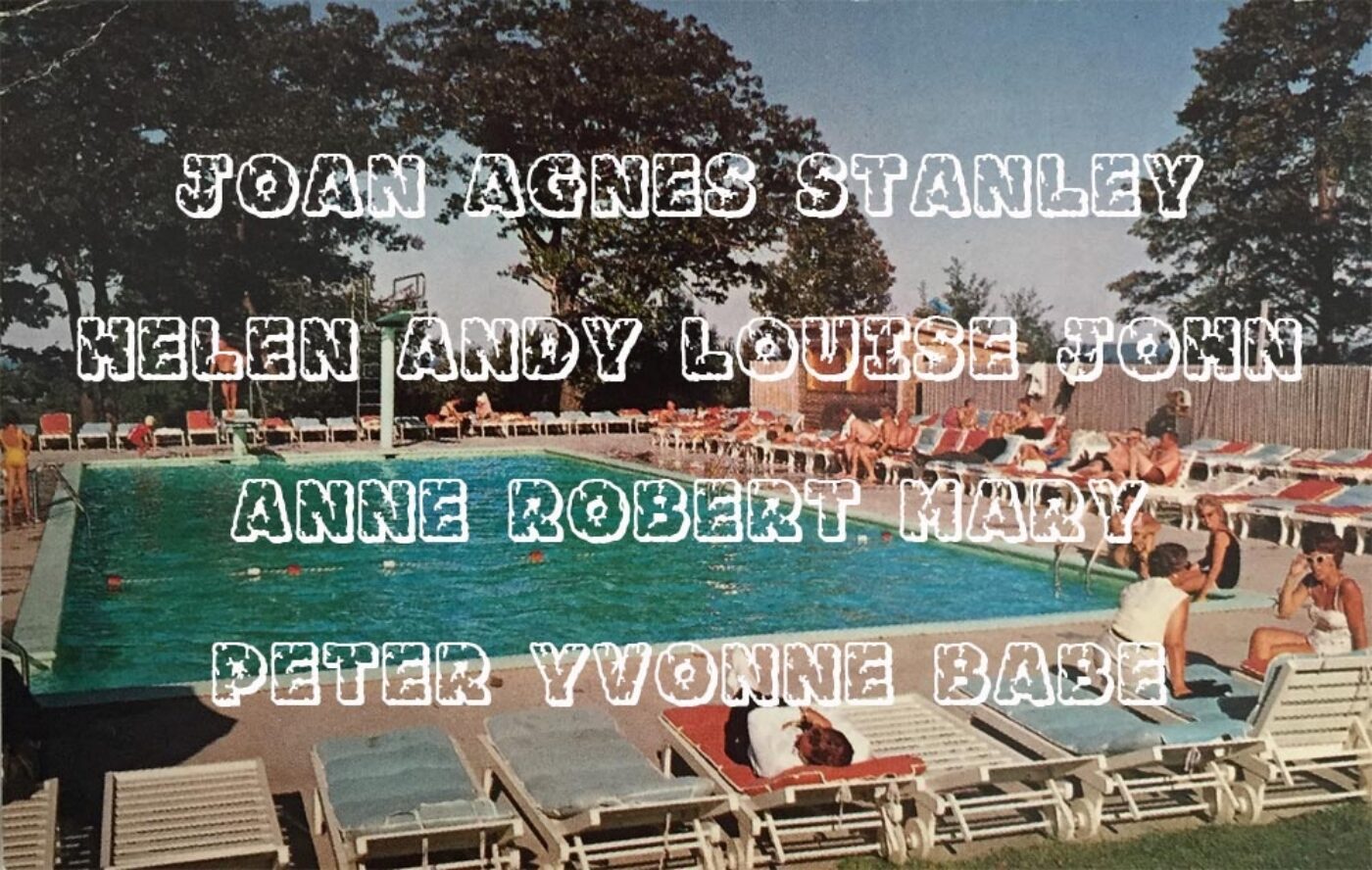 I started making this work, USA Objects, because I was sick of seeing everything—too many feeds, too many images, too many materials. I put everything in my studio away and bought balsa wood to make some maquettes. The balsa brought to mind a range of vernacular American folk arts and crafts, like wooden country ephemera or model kits—objects found in domestic interiors in rural Maine where I grew up. I decided to play on the shape and proportions of the balsa, but shifted the scale to make larger beams. Each beam is painted and drawn on with beeswax stick in a determined scribble motif and can be hung in any orientation. These resemble faces. This gesture is typical of my work, as my abstractions are often, mystically, related to the body. The works oscillate between image, object, and painting. 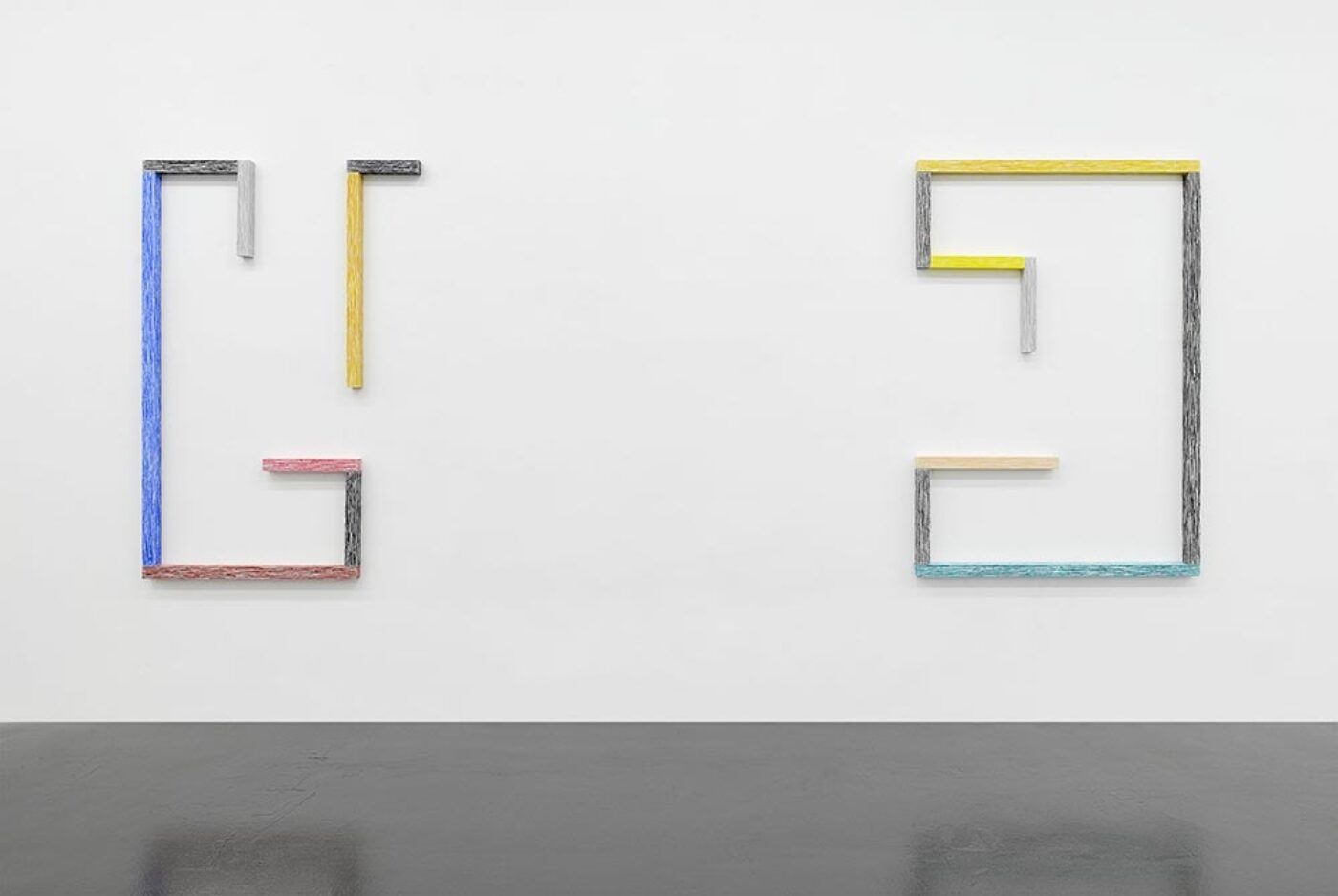 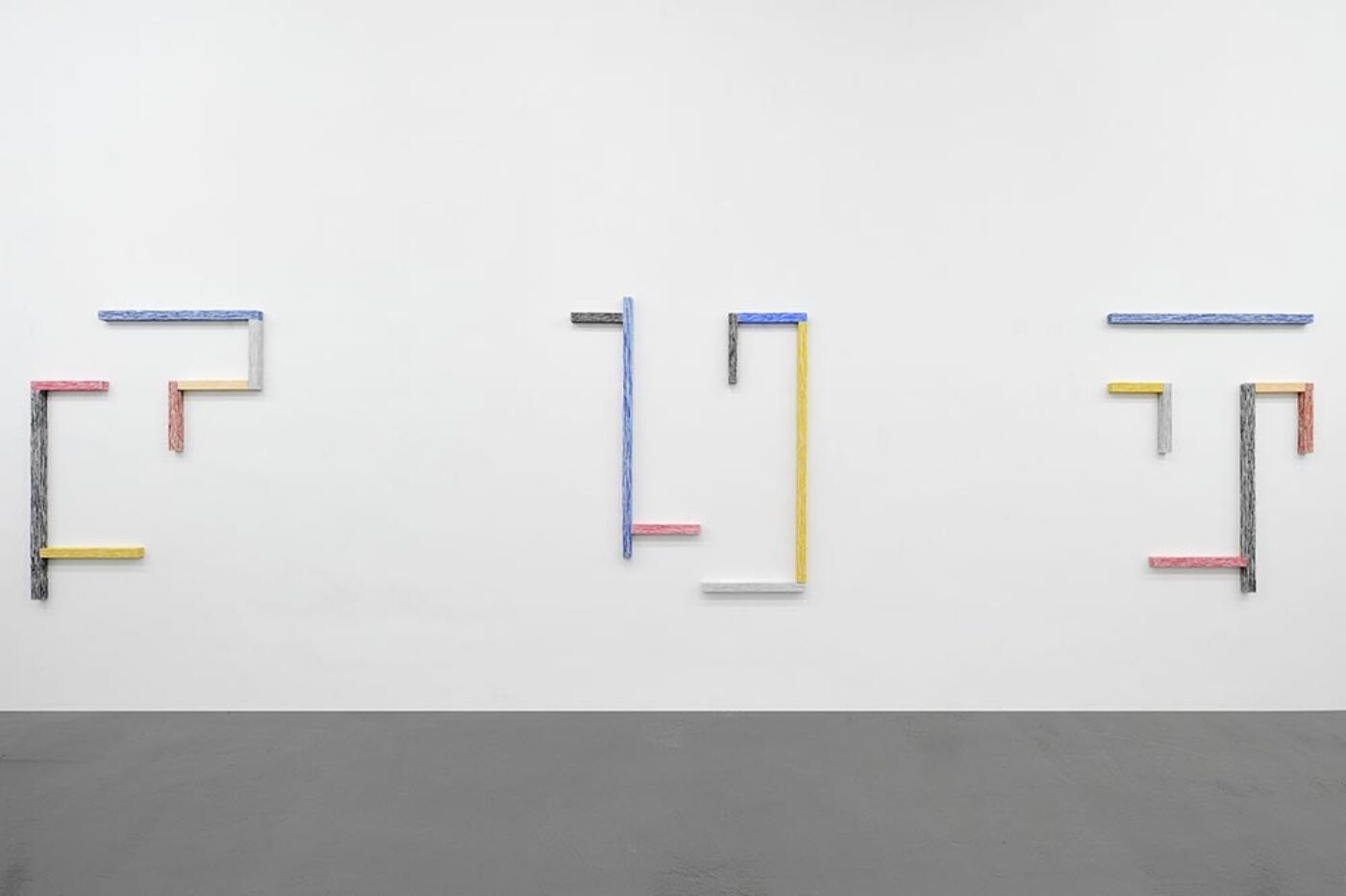 Through my arrangement of the beams, familiar images began to emerge. I was reading about early Modernism, and it’s no surprise that Mondrian seeped into my process. I think his impulse to partition color was an interesting one: clean, organized, neurotic maybe. The compositions of those black partitions kept appearing as I arranged the works in my studio, a reference I eventually used. The lines that corralled color for Mondrian became lines of color for me to explore abstraction modularly. 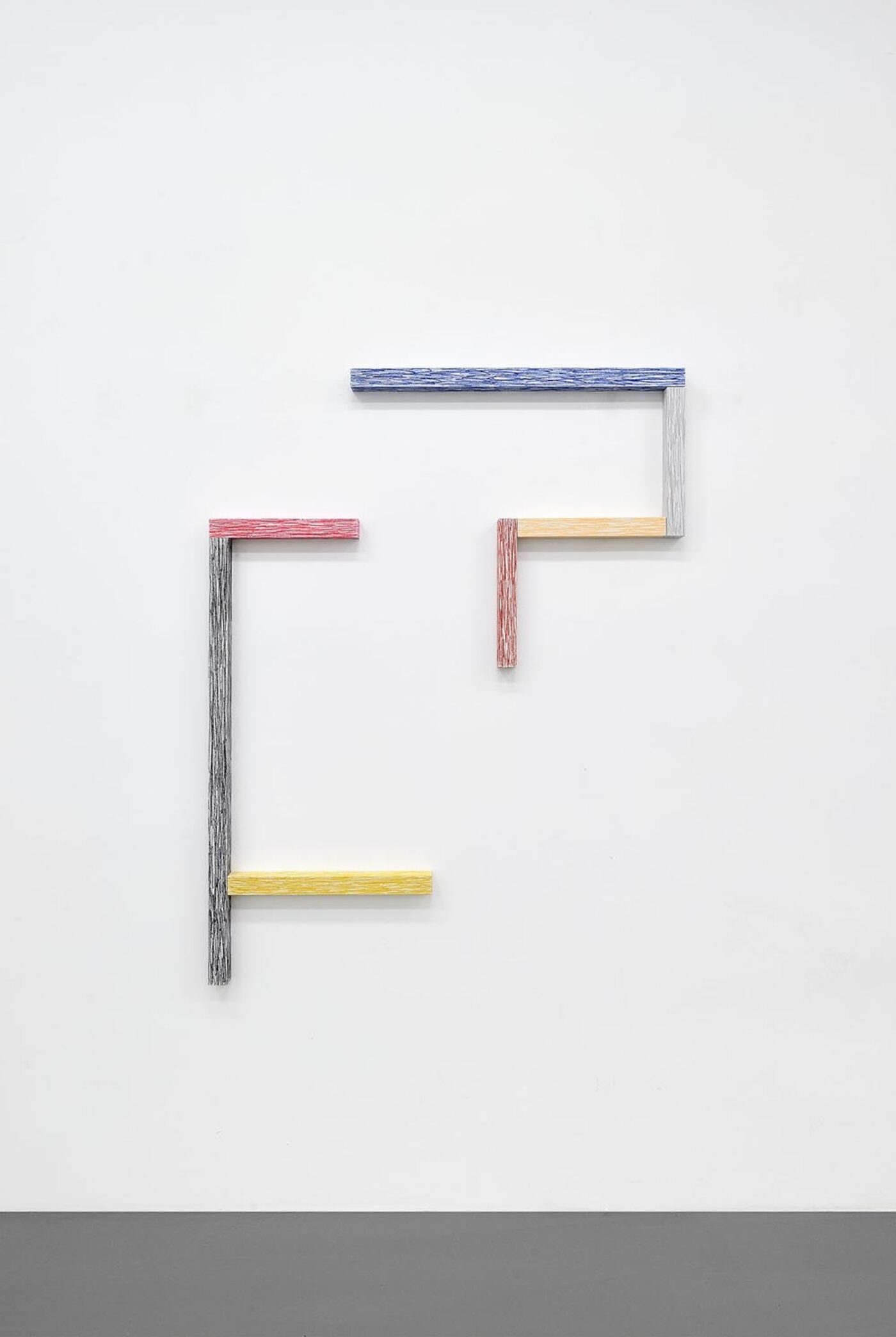 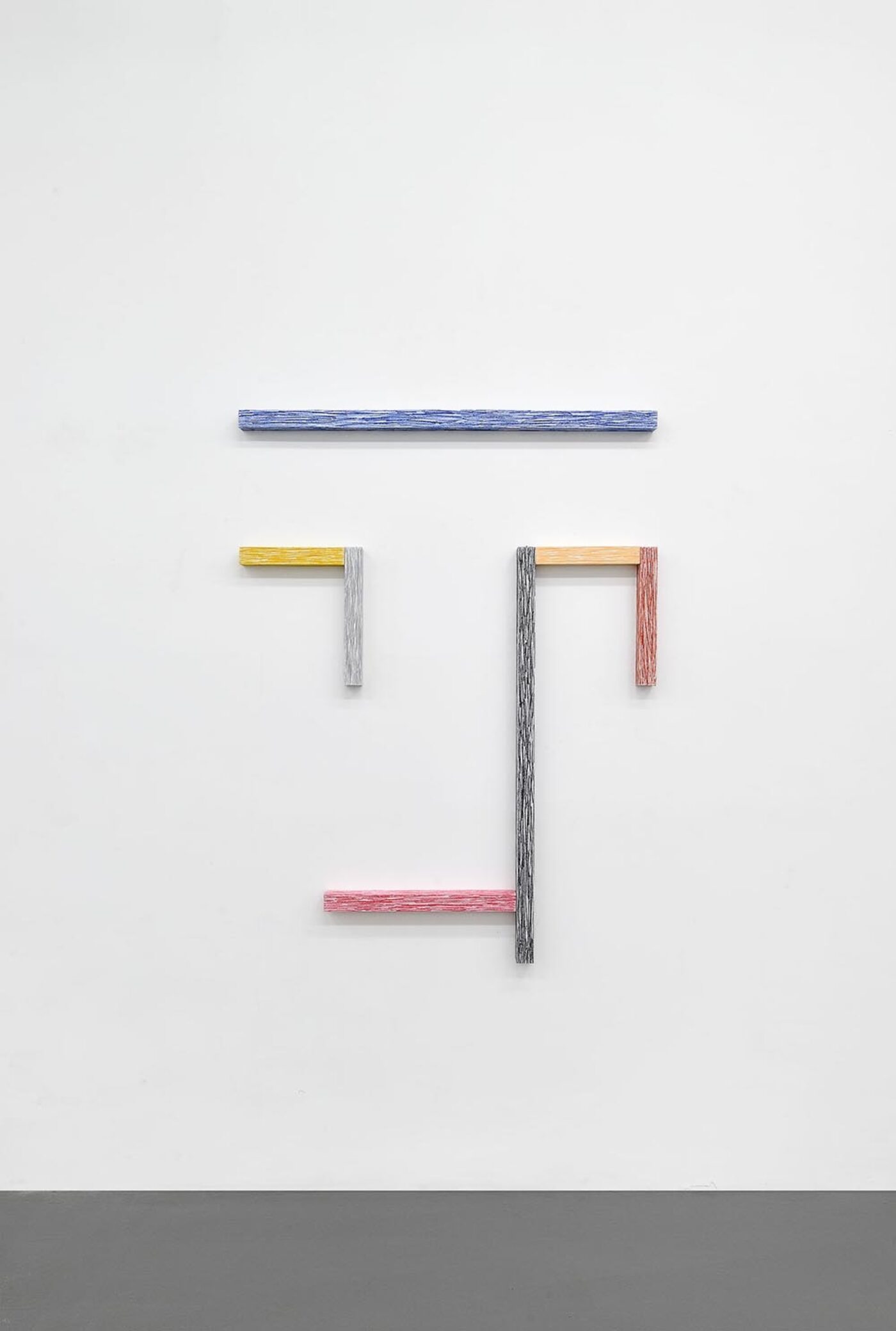 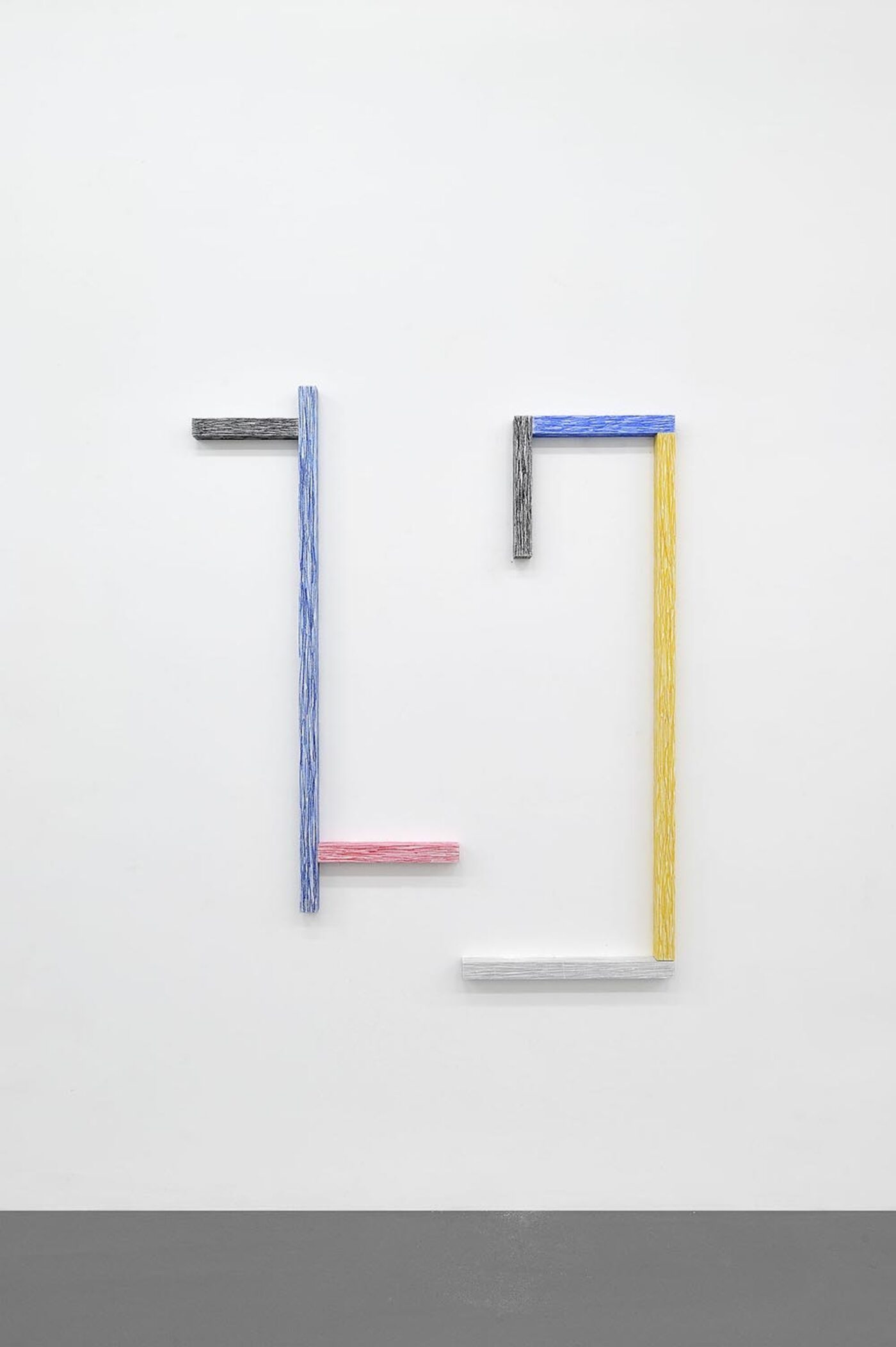 I named the pieces in the same manner we name boats or antique cars or tropical storms, giving a hint of personality and a gender to an inanimate object or natural force. I chose names from the canon of art history, but they are also just typical American names. This naming device mocks gendered terms of endearment and ownership, and it points at the patriarchal aspects of art making and of naming things. 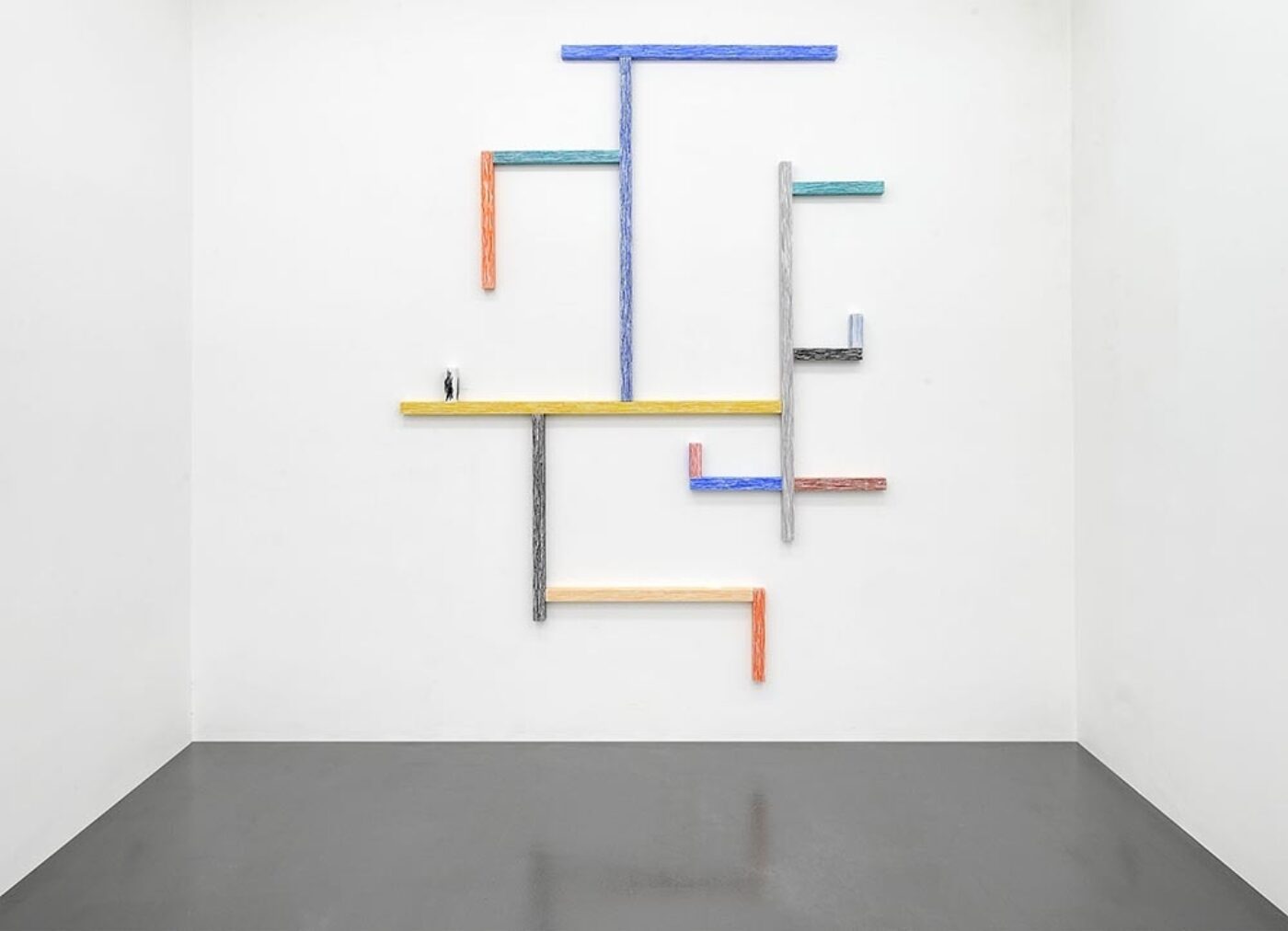 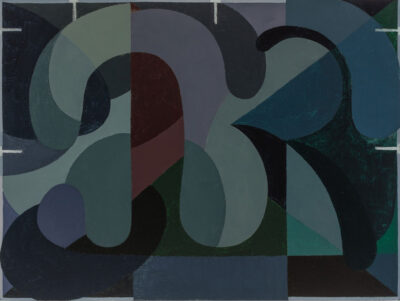