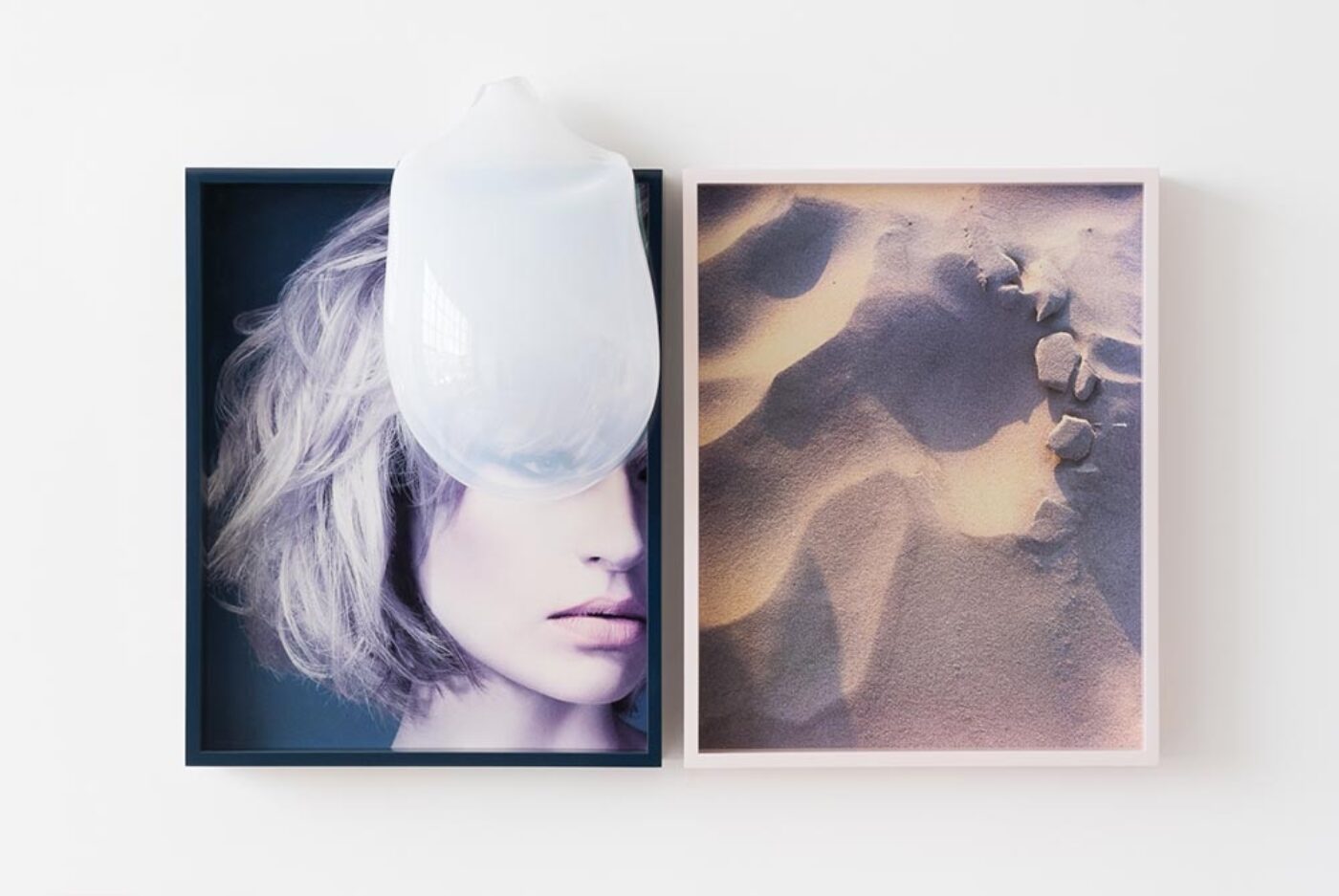 Gabriele Beveridge has quite the eye for sad-looking models in posters—the kind of women who hawk things like hair dye and shampoo. Hanging in the sun too long, the women’s faces are now dull and not so lustrous. There’s often an equally sad-looking, droopy, blown-glass bubble hanging off Beveridge’s picture frames, like a deflated balloon or even a saline breast implant. In Sugar baby, mystic mountain the glass sprouts tentacles of plastic tubing. In other examples, eyes are obscured by feathers or fake bamboo. Either way, beauty is marred, literally and figuratively so. 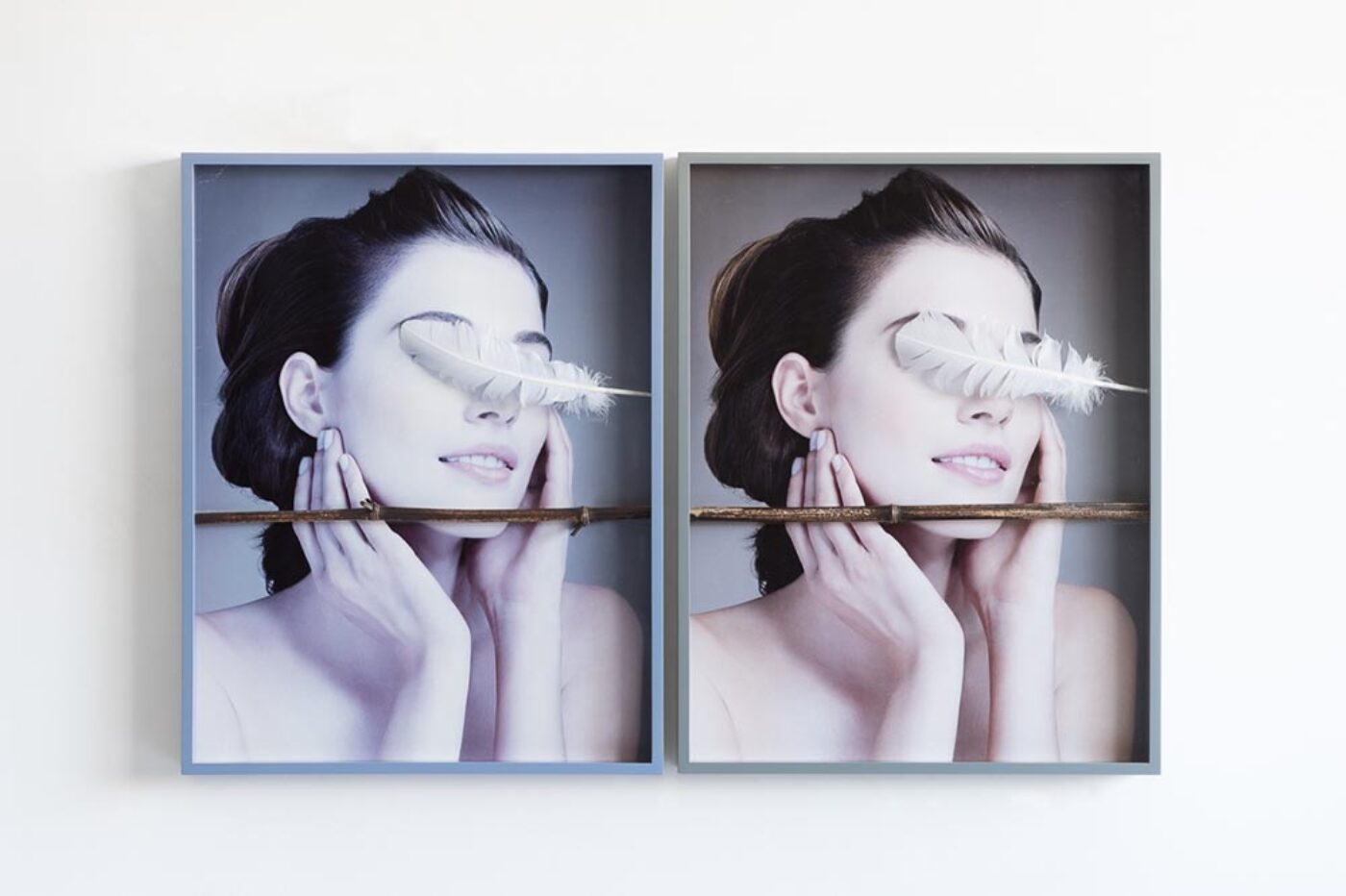 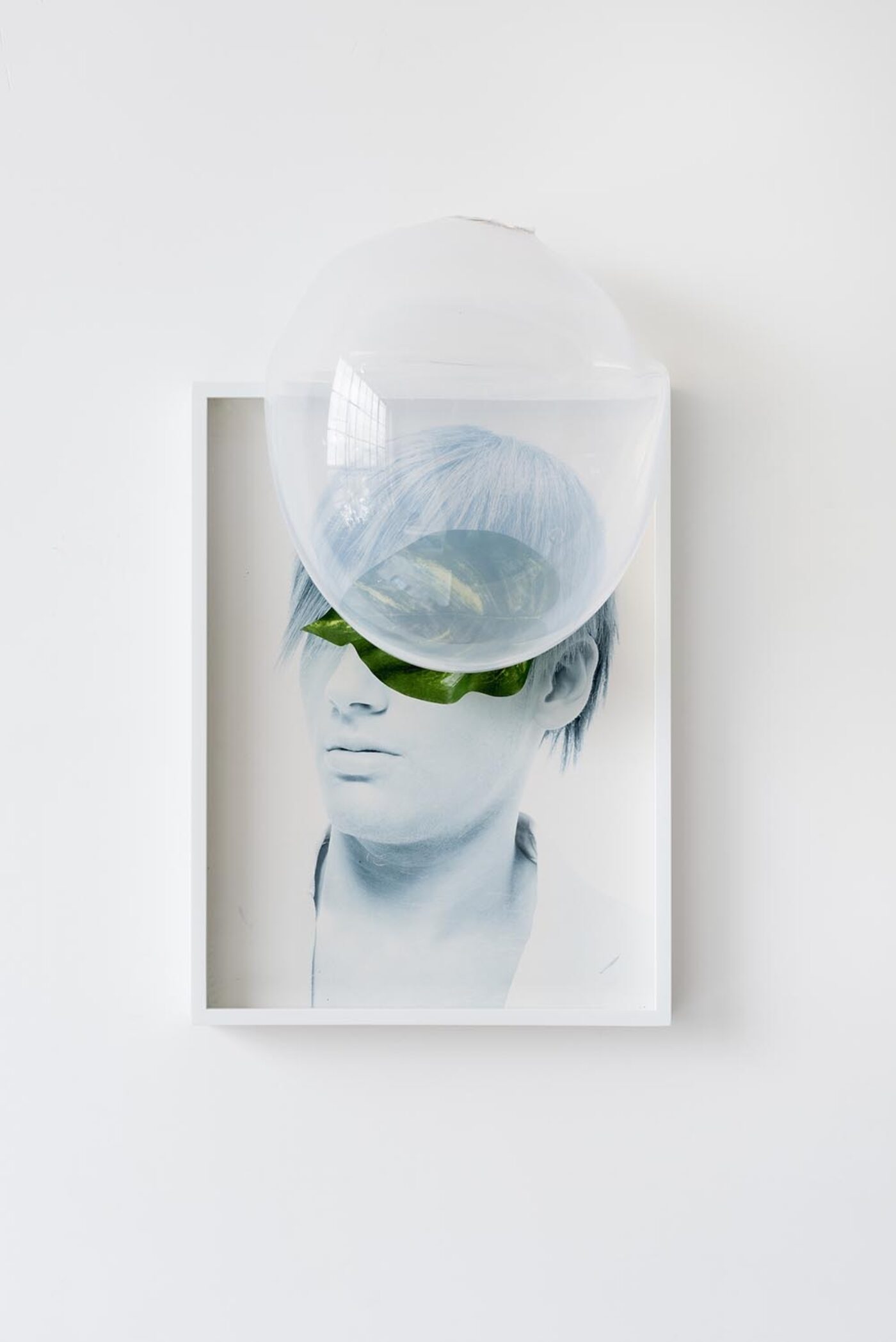 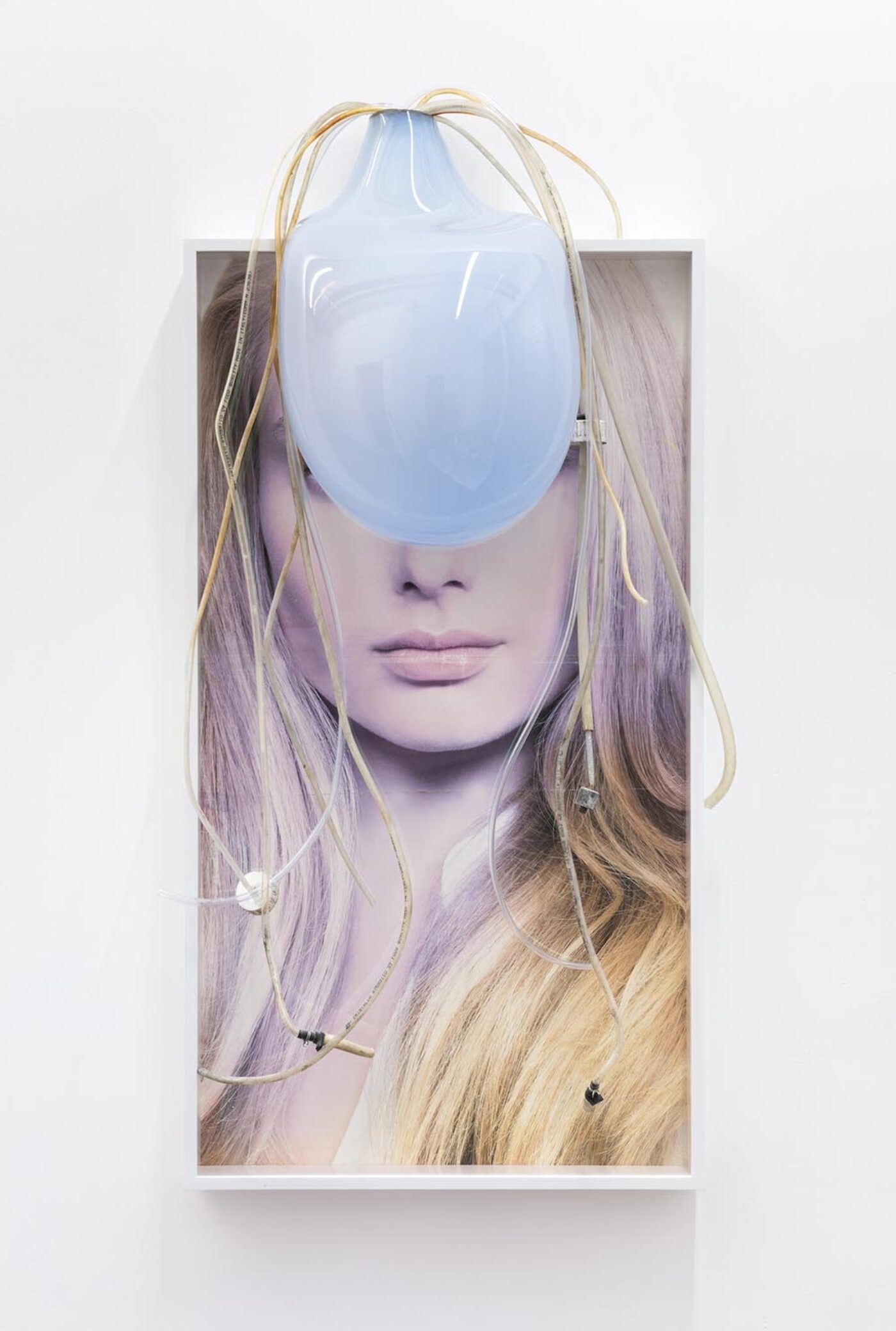 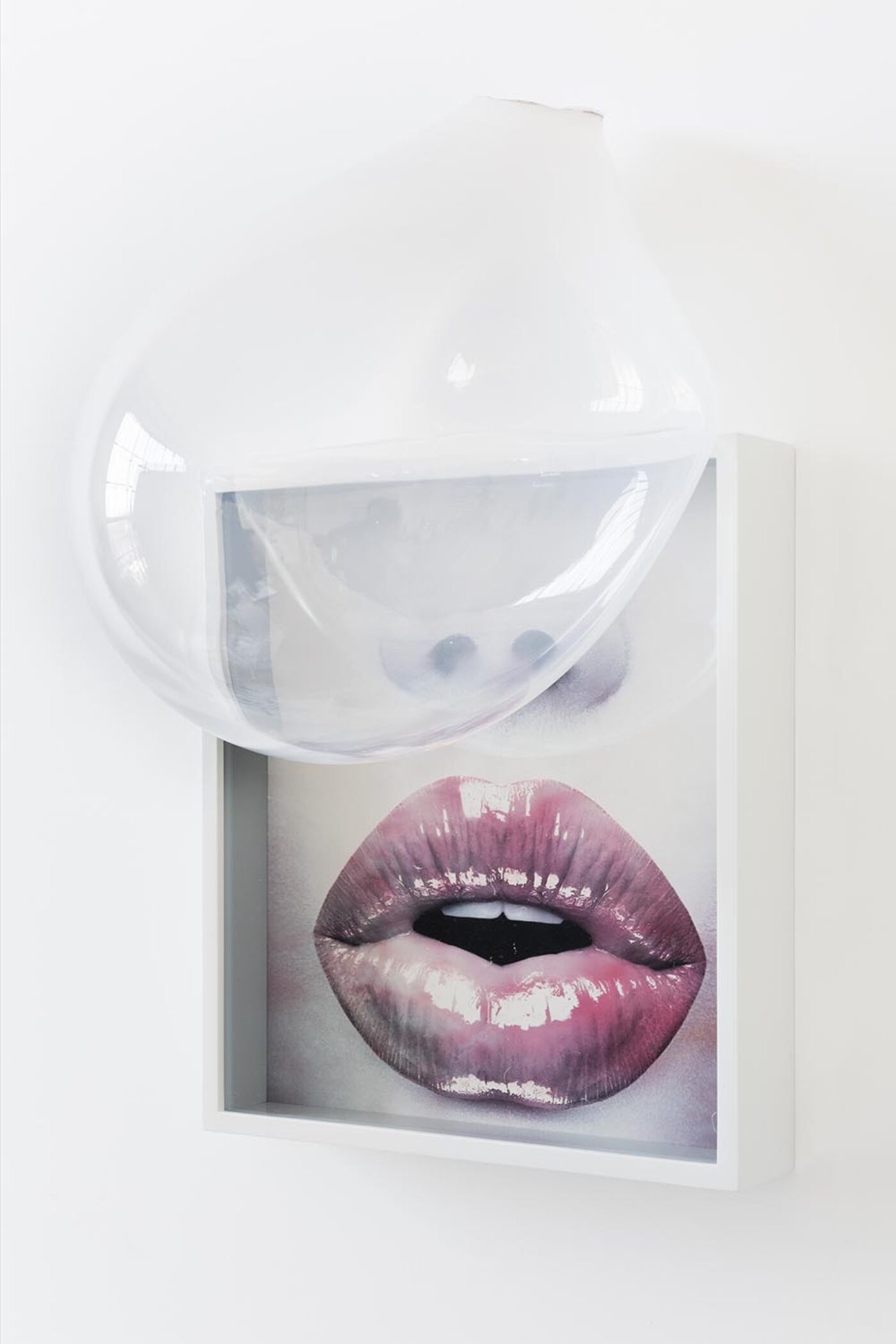 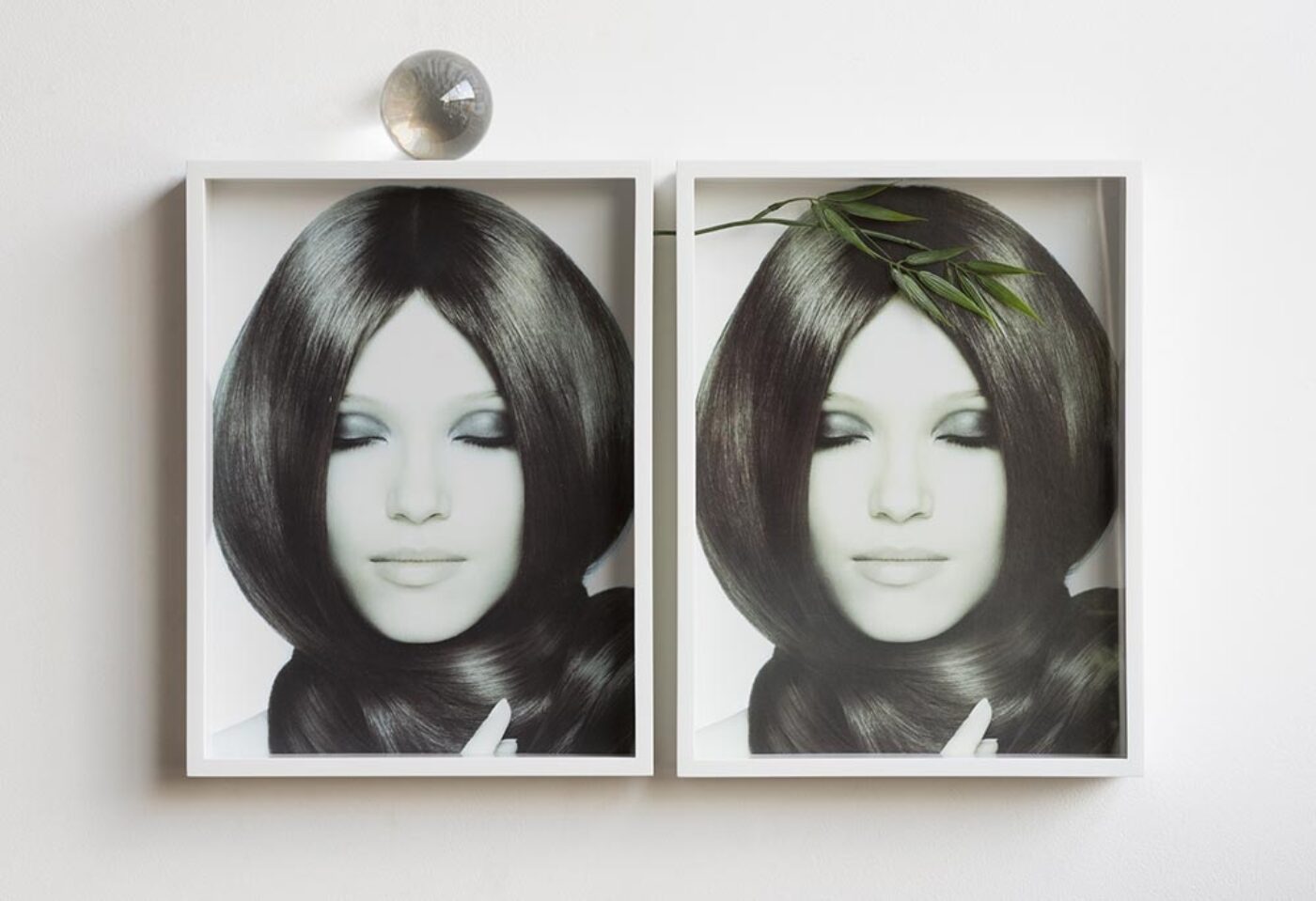 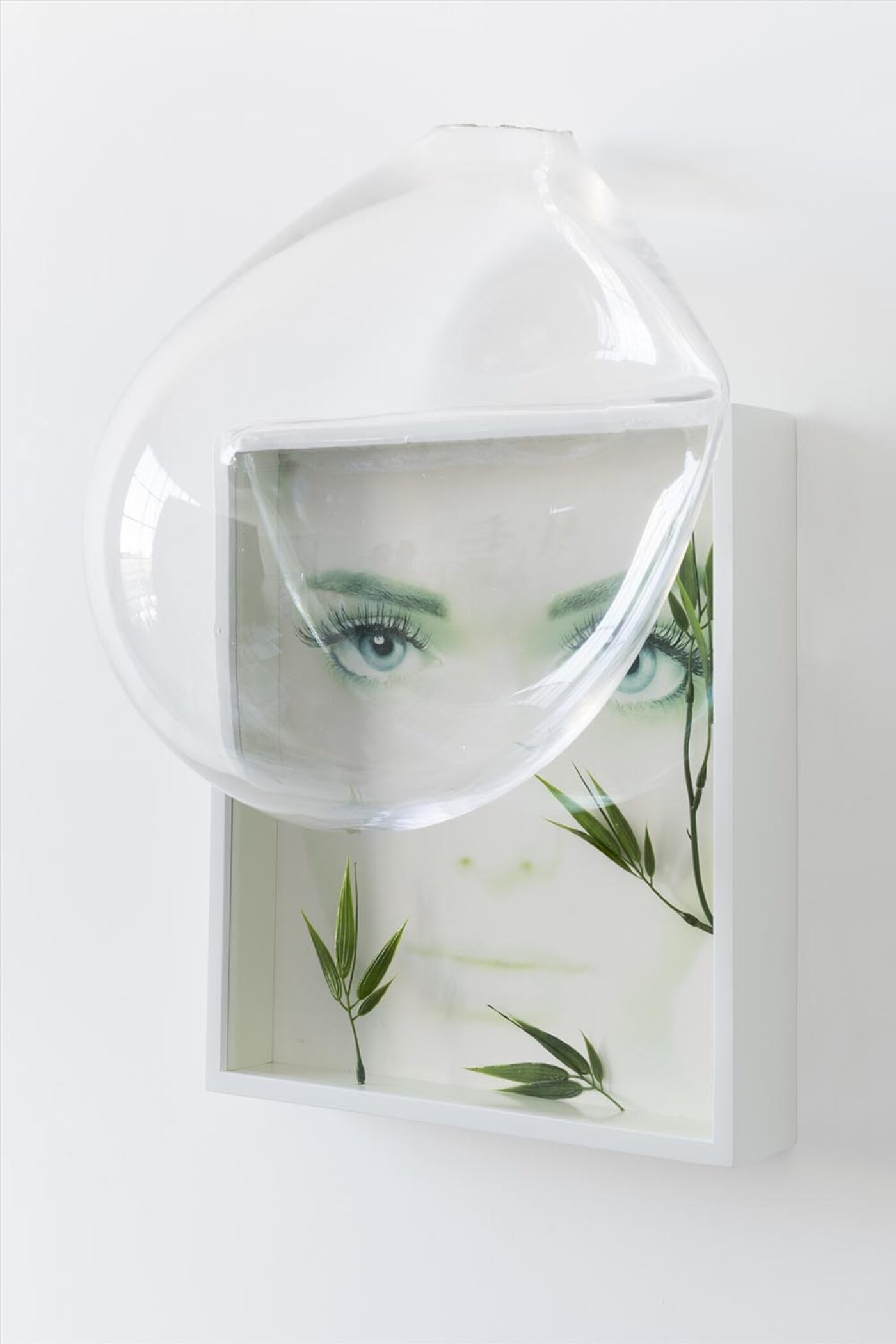 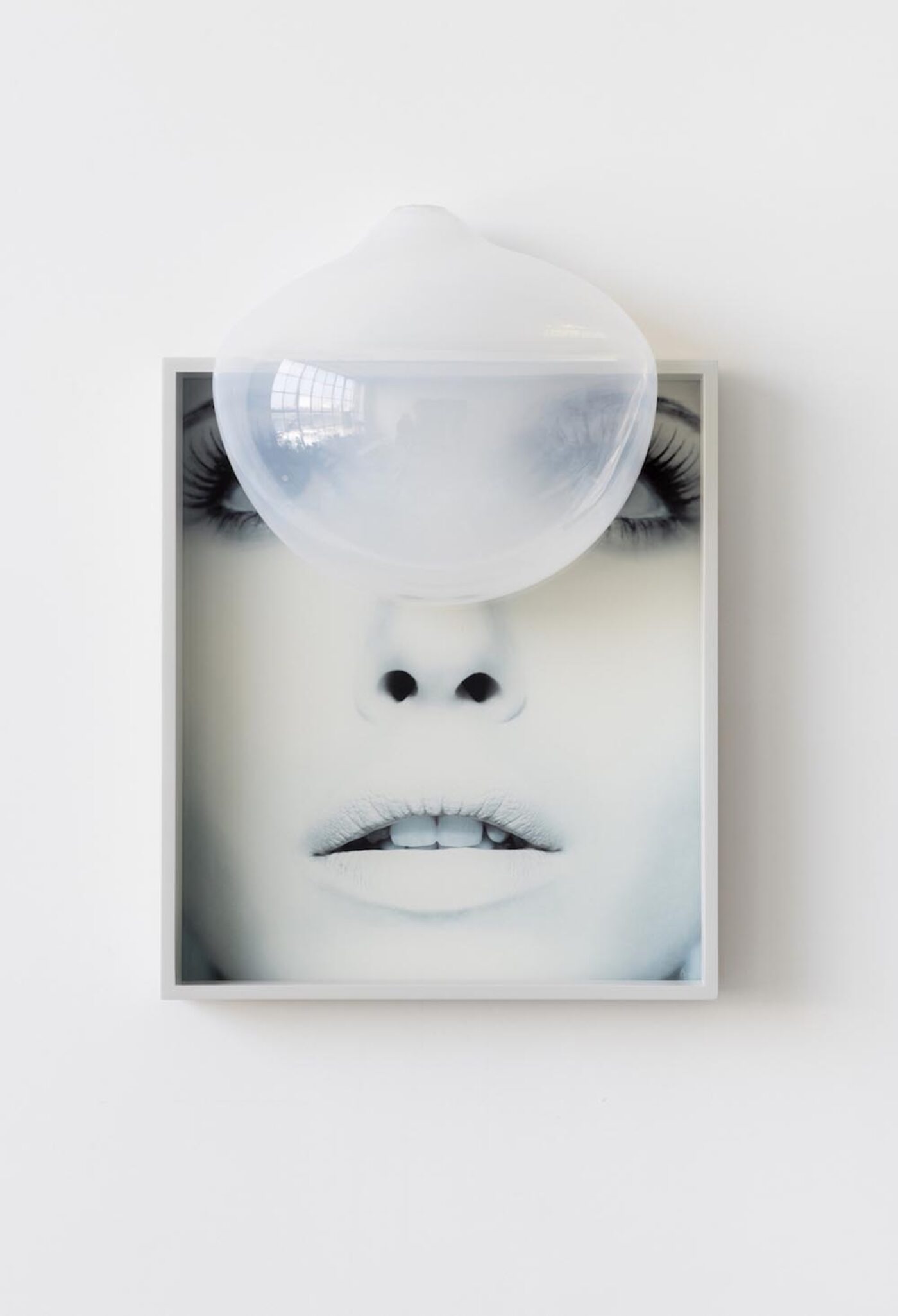 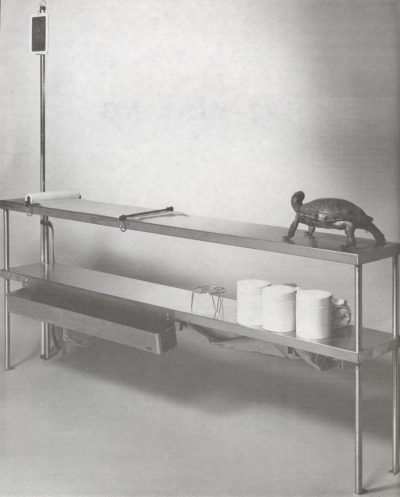