Porcupines and Other Travesties by Emily Listfield 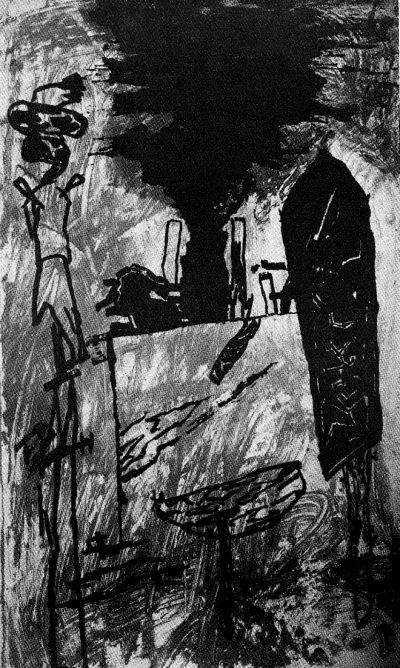 Her needs stick out all over, like a porcupine’s needles, keeping men away. I do not like her. I do not even pity her.

Her desperation, like the premature gray that courses through her unbrushed hair, flies in all directions, static airwaves saying, I need, I need, I need, I am afraid of getting old, I want a child, Will you take care of me? Please, please, please. She does not pretend to like independence. It is not something she ever wanted, it has been thrust upon her and she groans under its weight.

She looks drawn, parched, her skin cracking, bony, lined. Moisturize I want to tell her, Moisturize, I was told, It is important as one starts to age, say the ads, Moisturize, said my mother, handing me a bottle of yellow liquid for my 16th birthday, and I did, I do. Moisturize, moisturize, yes ma’am.

The women lie sunbathing, oiled, deeply tanned. They smell of coconuts. One is about 40, the other is younger. The older one, with a gold ankle bracelet, a ring on her toe, a string bikini, talks about her relationship with George. After listing his numerous merits, she says, “But he’s only 25.”

“Because it’s freedom, that’s why. I adore it, I really do adore it.” Her voice is shrill. It is the shrillness of hope wearing thin. Soon it will be an unbearable voice. She will be the only one who can stand it.

I had a boyfriend once. He had sharp cheekbones and dark skin and big brown eyes. They took him away and put him in an expensive sanatorium. Something to do with schizoid tendencies.

I imagined him there, gaunt, his cheekbones sharper, his eyes shinier, bigger. When he came home, though, he was all pale and puffed out, like the Pillsbury doughboy.

“All they give you is starch to eat,” he said, “and there’s nothing to do all day, no exercise.”

We were teenagers then. I was waiting to go crazy too. It seemed inevitable at 17. Good things, bad things, adult things. But not loneliness. We thought it was something you outgrew. 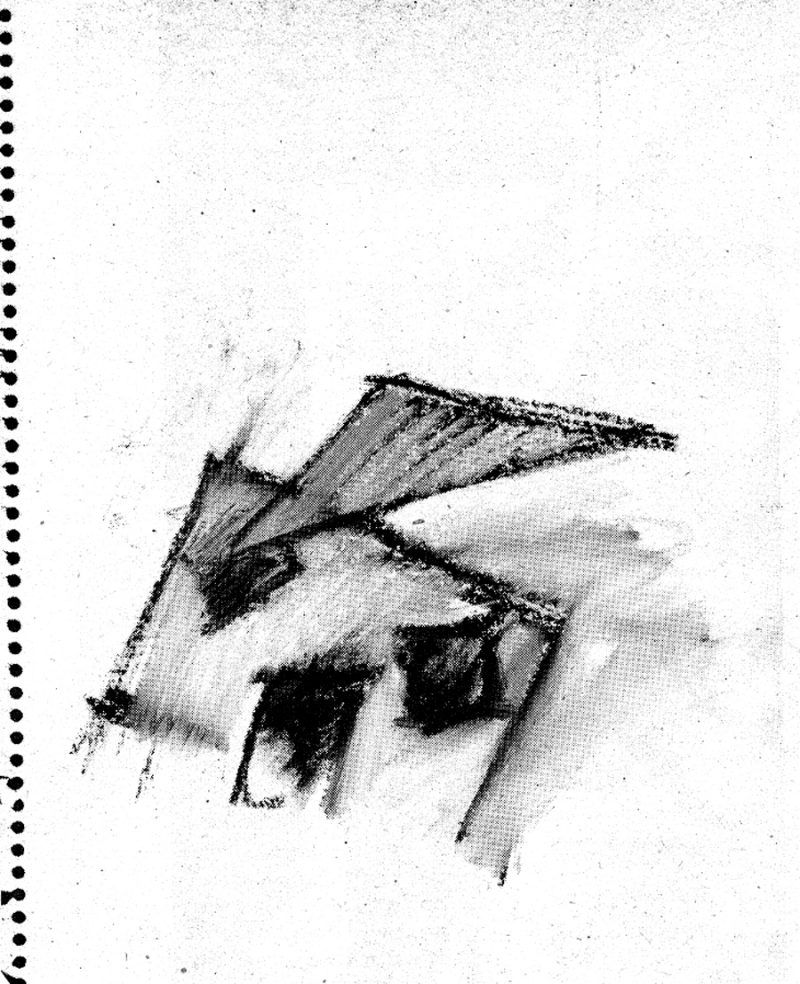 And so now they are separated. This is the truth. I’ve checked. And he doesn’t want to be alone. Neither do I, but I am giving him time. He doesn’t ask for it, he doesn’t even think he wants it, but it is the only thing I can give him. Weaving without a break will break the weaver. I know. I’ve tried. “Don’t weave me in just to pick up another strand,” I tell him. “Time, time,” I say.

In time, he will come around, I think.

He comes around now, but he has weaving on the mind.

Three girls are on a train going from Providence to New York. They are 18 and work together as waitresses in a hotel. They are on their way to the big city for a week’s vacation.

Nobody likes lonely women. Rotting flesh stinks. Ashes to ashes, dust to dust. Go on home, honey, go on home and forget all about it.

Nadine didn’t get married ’til she was 42. Now don’t go getting the wrong idea, it’s not that Nadine was homeward-bound, not Nadine, she just took her own sweet time about it.

I went away with a boy who turned out to be insane. This time, I should have known better. He had tattoos and no home.

He sat on the bed of our hotel room, throwing the switchblade into the wooden door six or seven feet away. It went fast and would stick and then he would get up and pull it out and go back to bed and throw it again. Again and again. I cannot describe the sound a switchblade makes as it snaps open. You have to hear it to know. Again and again. I didn’t do anything. I couldn’t very well pretend to be reading.

When he grew bored with his game, he went over to the desk and cut himself a piece of cheese. “Here,” he said, motioning to me with the knife. “You’re the woman, you clean this.”

“What are you, crazy?” I said. This was not the proper response. He grabbed my arm and held the cheese-smeared knife to my throat. “You’ll clean more than that,” he said. And I did. Damn straight, I did.

He slept with the switchblade under his pillow. He was a heavy sleeper. I lay rigid until dawn when I carefully picked up my bag and ran.

Only one letter managed to catch up with me at the next American Express office. “These are not the times of Zelda Fitzgerald,” it said. “You can’t just go running off like that. Come home.” 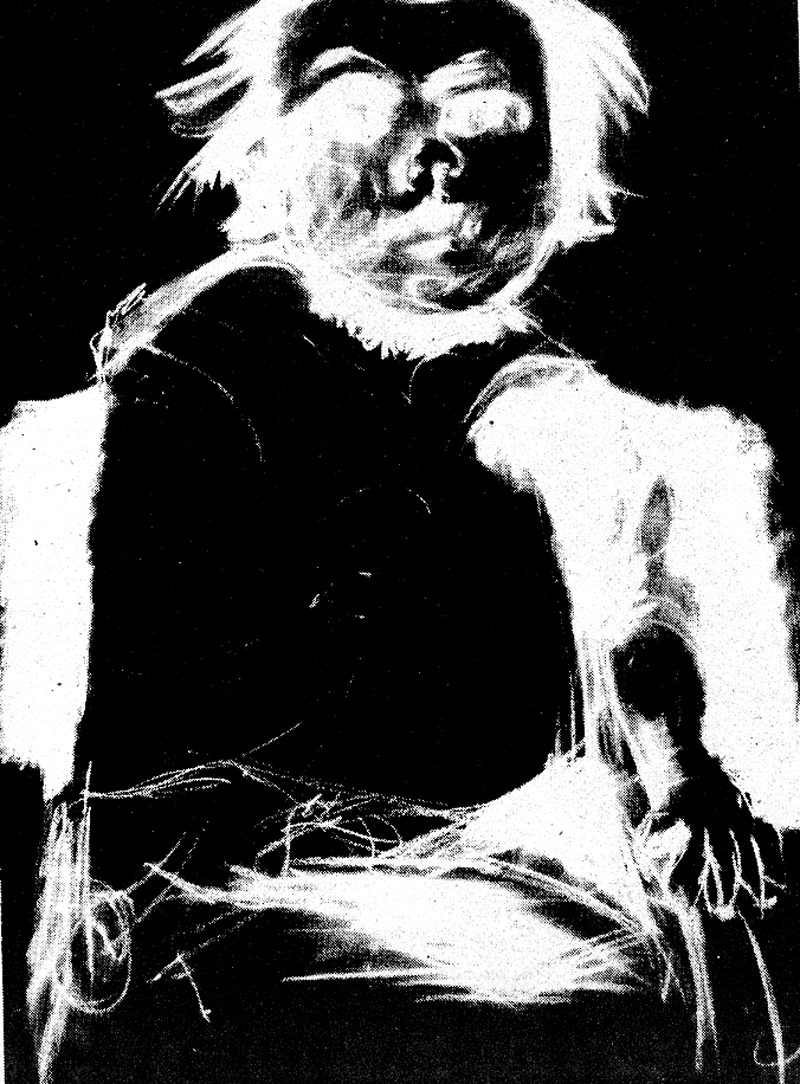 We sit at the bar, our stools close together, talking intently. We have much in common, our coloring, our haircuts, our sexual preference, though not our sex. We are both currently in what is called open relationships and we find ourselves spending more nights together at the bar than we used to.

He puts his arm around me and says something that makes me laugh. He laughs with me and then we stop laughing and resume whatever serious talk we have been having, probably something to do with convincing each other of the values of open relationships.

To my left is an old man with a big face, pockmarked and toothless and flecked with red, a drunken drunkard’s face. He stares at me and stares and stares at me. I ignore him. But my friend is getting upset. “Will you please stop staring,” he says.

“I’m juz trying to figger out who’s using who,” the man says, slurring and accusatory.

We laugh at him. Our laughs, though, are a slightly higher pitch than before.

On buses, I scan the seats, looking at women’s left hands. Is there a gold ring there? Are they married?

Cabs are no relief. If, for some reason, the driver is not inclined to tell you about his children, he is sure to want to discuss your marital status.

“Are you married? A pretty girl like you should be married.”

“Are you married? No? Well, you must have a lot of boyfriends. Just one? What do you have just one for? A girl like you should have lots of boyfriends. You’re too young to settle down.”

The truth of the matter is that I really don’t care how much time I spend with him. I don’t mean I don’t care about him. It’s just that I don’t have much time, and I don’t always know what to do with it.

It could be that he doesn’t care much either. We have more in common than we care to admit. Our not caring binds us in comfort, making it easy to spend time together.

“I can’t tell you what I’m doing next Friday,” he says.

“Well, I guess whatever happens, happens,” he says. “She always had to know where I was all the time.”

I don’t ask. I don’t particularly want to know. It’s easy when you’re not in love. It makes it so easy.

Three women find themselves living together. None of them had planned it this way, but nonetheless, here they are, sitting on the bed, polishing their nails, gossiping, feeling as if they are suddenly in the sorority they had no desire to join so many years ago. They are keeping each other company.

Each has been alone and not alone and now alone again. It is what, more than anything else, they have in common. They talk most about the times when they were not alone, the good times, the hard times, but not alone times. It has not always been this way.

Three pretty women all in a row. “You all must be having some wild time,” says a man they know. In fact, they watch television and talk about when they were not alone and plot strategies to be not alone again. This is just an intermediary period. They take up smoking and buy a case of wine. 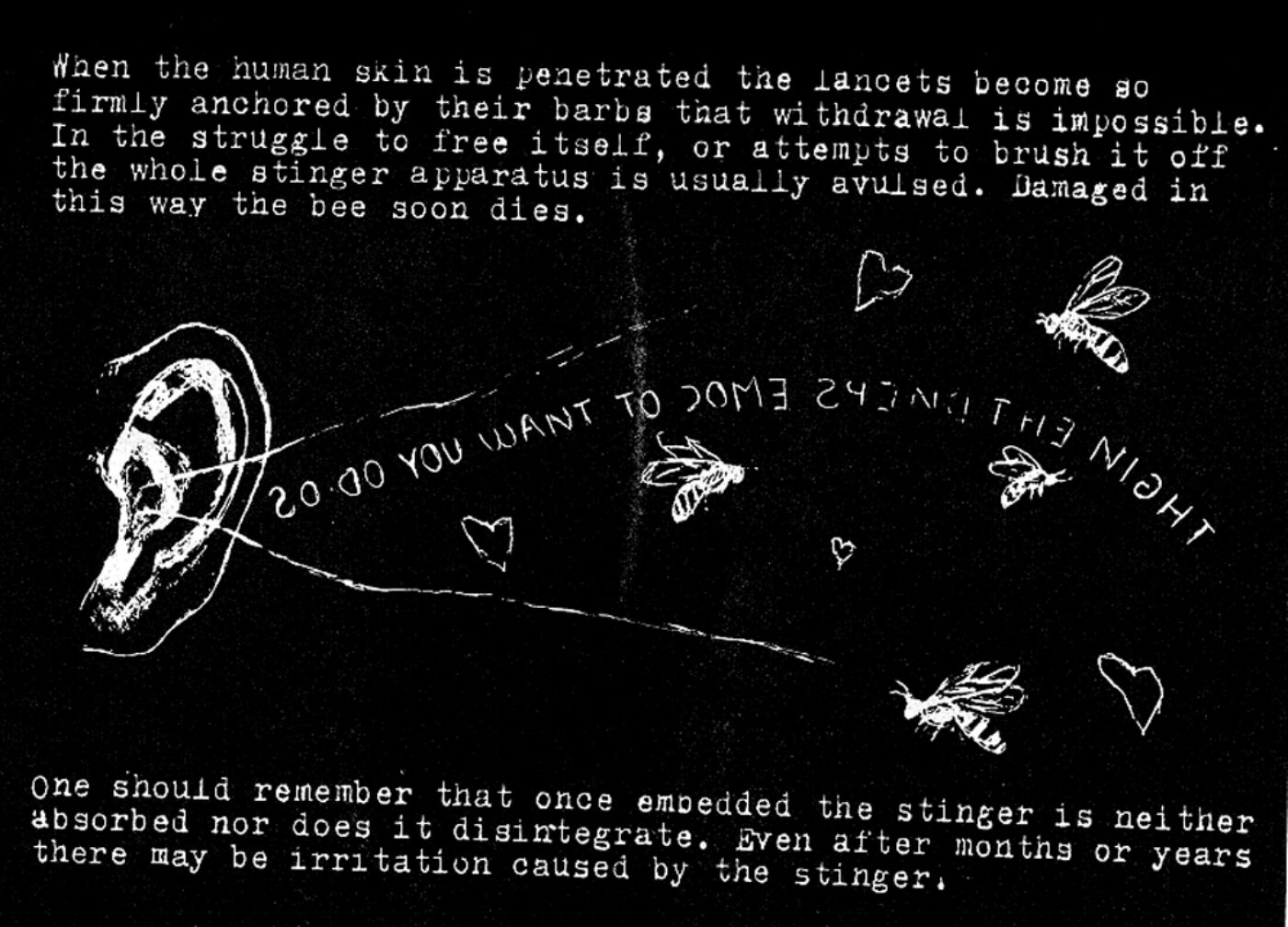 I go to a country club dance with her. It is the price exacted for a weekend’s visit. She must go and so l must go.

Her father, after a day of sailing and martinis, stands in his red pants, his paper white hair, under the yellow and white striped tent, coming on to her friends. If he is not exactly coming on to them, he is certainly kissing them longer than he should.

Her mother, lean and elegant, prefers to be the center of attention. She grabs a man’s khaki hat and puts it on her head. “Yippee,” she yells and claps her hands.

“Let’s get out of here,” my friend says. It is a quiet car ride back to the family house. “I’m never going to get married,” she says as we wait for a light to change.

In the dark, I reach for the enamel pill box sitting on my night stand, distinguish between shapes and the sensations they will bring, make my choice. I don’t need water. I just need some rest.

“What are you looking for?” I ask him. An old habit.

“I’m not looking for anything,” he says.

Lonely lady number one buys a puppet. A yellow, long-haired, beady-eyed monkey. She sticks her hand in it and wraps its arms about her shoulders. They gaze into each other’s eyes, whispering sweet nothings for their ears only.