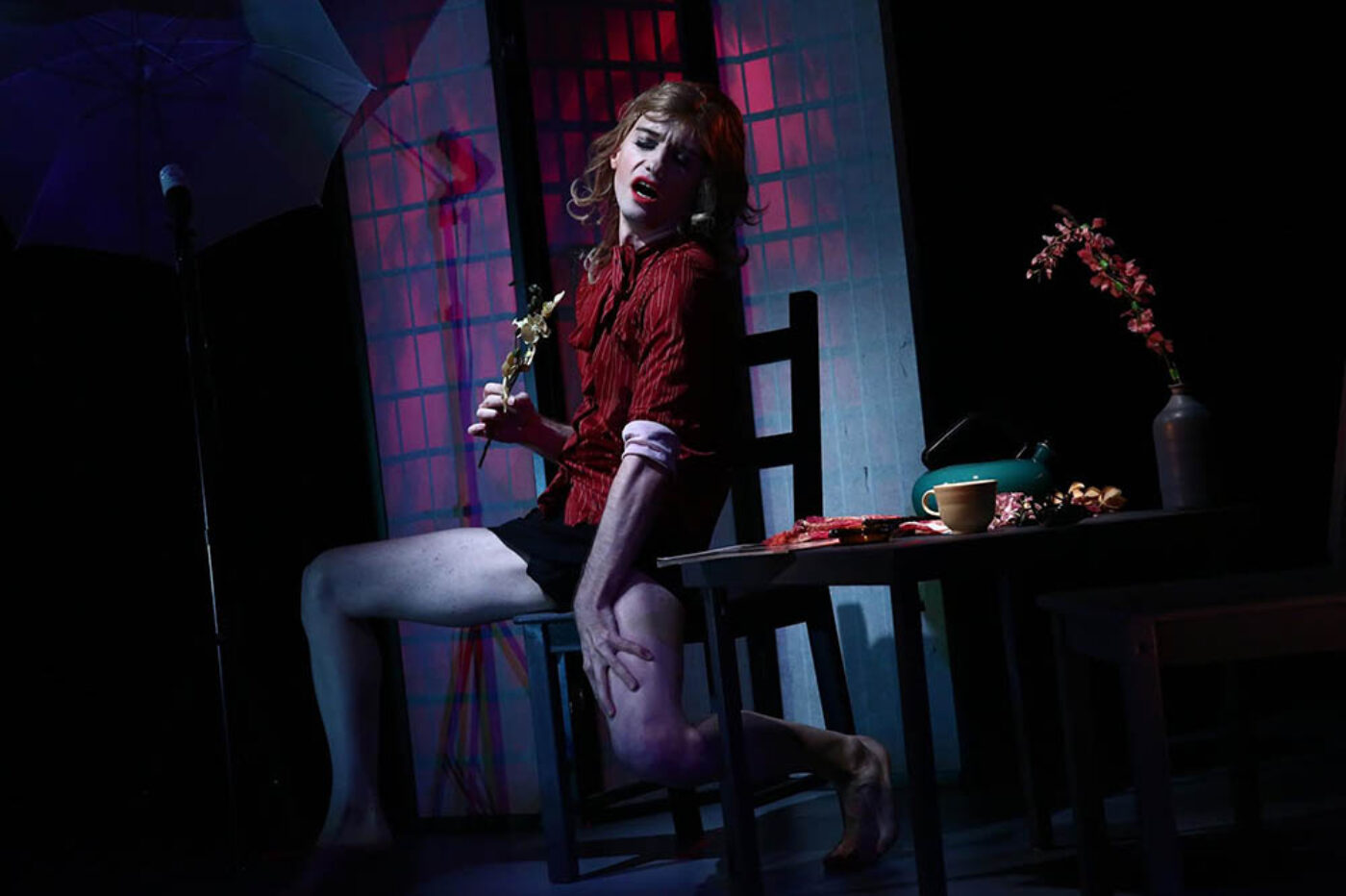 I first met Oleg Dubson in 2005. I was working at the Film Society of Lincoln Center. He showed up as an intern. I immediately liked him. He’s sort of impossible not to like. We became friends. He turned me on to things like Michaux’s Miserable Miracle. I’ve known Charles “Chip” Krezell since the mid ’90s. We were neighbors. The morning of 9/11 we hopped on our bicycles and rode straight into it. We were idiots. I was in one of Chip’s films. Chip was in one of Oleg’s films. (I introduced them years ago.) Chip alerted me to Genet Porno. After I saw it I went backstage to say hello to Oleg. He told me he had seen Chip after a recent performance. He said, in a very earnest voice, “Chip really gets it!” That’s why I asked Chip to conduct this interview.
—Chris Chang

Charles Krezell You were very brave to do this play. It will be interpreted in many ways… mostly unflattering.

CK I brought a date to the show… our second date.

OD Oh no! How could you?

OD Oh no! You should never have done that!

CK When Yvan Greenberg [the director and actor] came out naked at the beginning, and a few people in the audience walked out, I had my doubts.

CK You have been working on this for three years, right?

OD Actually, longer. It’s been in development for five—with some breaks in between.

CK What was the genesis of the piece?

OD Yvan was fascinated with Genet’s Our Lady of the Flowers. He was accepted in the artist residency program at the HERE performance space. He struggled with creating a theater piece until he discovered, online, Damon Dogg. He’s a gay-porn-star and video-blogger.

CK Yvan also acts in the play as Damon Dogg. Multiple roles give the play a new dimension. Genet uses double identity. How did you work with multiple identities?

OD In the beginning there was only the Damon Dogg character—as an actor. He played the porn scenes with the Lady of the Flowers character. Then we blurred the two identities. Yvan’s notion was that artists are treated as pornographers (especially in the United States). When the original actor playing Dogg left—Yvan decided to step in. Yvan loves meta-theatrical elements. He wanted something new. He decided to introduce the show himself: “Hi, I’m Yvan, I’m the director, but, due to circumstances beyond my control, tonight I’m also Damon Dogg.” We started to push that idea further. All these themes already existed in the play: the blurring of identity; the role of the artist in society; the way artists are treated; etc. Artists as pornographers. It all became clear. We realized, at that point, that we were creating a show about pornography, but that there was no full frontal nudity. We did have gigantic dildos; and very theatrical, grotesque representations of nudity. So Yvan said, “OK, there has to be a scene where I’m naked.” So we had to figure out how and when to do it. How would Yvan Greenberg, the director, fit into the construction of the play. That is, what exactly is the shape of his…

OD (laughter) Yes. Multiple penises and penis identities are all present in the performance. Right from the beginning, and on and on, until a complete blending and merging occurs. And then everything becomes indistinguishable. Each character falls away, identity falls away, and ultimately, paradoxically, in the end, the process leaves Yvan… more Yvan-like. Although, not quite. The show opens with a great introductory monologue and then there’s a twisted closing speech where Yvan says goodbye. That comes completely from Damon Dogg’s video blog. Except that Yvan delivers it as if it came from himself, personally.

CK You talk about the artist as pornographer. But in your play it’s the pornographer as artist.

OD Yes, yes. Neither is mutually exclusive. You can be one and the same. In the States, the arts, in many ways, are considered something auxiliary. People do not know how to assign value unless it’s monetary value. If your work is not commercial, or money driven, then it’s not valuable. So we always have to hustle. We have to hustle and convince people that what we do is worthwhile.

CK In the play you sell yourself. You have a pimp, and everybody—everything—is exchangeable. Is that the portrayal of the system that you’re talking about?

OD That’s the system. It’s often also the way people relate to each another. It’s a given. We use each other all the time—in love, as well. How does society use art—and for what purpose? What can you do for me? How can I use you? There’s a constant state of manipulation—and it’s clearly present in Genet’s novel. Even amongst the people living on the margins: the prostitutes, transvestites, pimps and criminals. We view artists as people on the margins. So, in a holistic universe, what happens between individuals, and in society, is very intertwined.

CK I feel a sadness beneath it all. 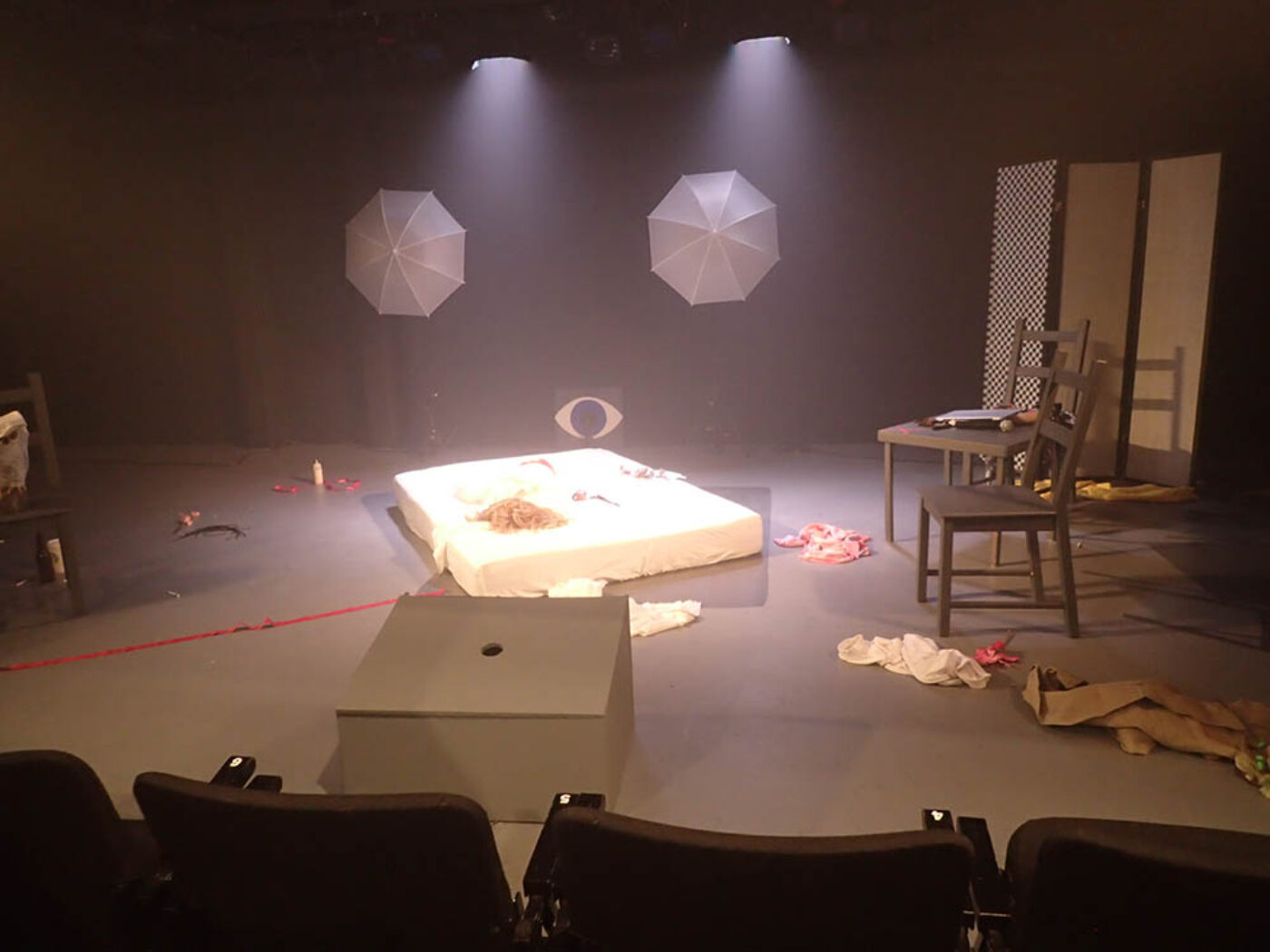 OD Absolutely. Emptiness. Absolute emptiness… or a false desire… or a representation of a sexual act… or a nonsexual act. People watch primarily to get off—but often times it’s because they cannot actually have the sexual act that they want. It’s fake. It can be real in its fakeness but it represents something else. With social media, everybody’s living in a very strange age of narcissism. Everybody directs the camera toward themselves. Yelling out to everybody and nobody in particular, “Look at me! Look at me! Like me! Give me more likes.” Behind that is a real desire to really feel liked. It is very much mixed with self-love, and a gigantic layer of insecurity, but it’s still narcissism.

CK And Damon Dogg, with his video diaries, reflects the entire thing, and the melancholia and sadness underneath it all?

OD Yes, certainly—I’m not sure how Yvan felt about the blog—I looked at it and felt, Oh my God, this is rather depressing… and lonely. Dogg decided to do a video diary for particular reasons. There is something lacking—but he still wanted to connect in some way. People watch him having sex. That’s what he does. He exhibits himself in supposedly intimate ways. But that’s not enough. He also wants you to see the most mundane things in his life to see if he can generate some interest. Sympathy? Most likely. On top of that, he asks for financial support, “If you like this episode of my daily life, give me a donation.” It’s like tipping the bartender. It’s not just, “look at me and like me,” it’s also, “well, if you do, give me some money.” That actual speech is in the show. Spoken by Yvan. The artist says, “If you like this show give us some money. Cause we have to hustle… all the time.” Artists and poor experimental theater companies…

CK Comparing Genet’s criminal world to Damon Dogg’s video life in some way reflects the contemporary changes of attitude toward sexuality—and yet—there is an underpinning melancholy to all of it.

OD Yes, there’s a very stark contrast. Genet led a really crazy life. He was a prostitute, a vagabond, a convict, and a thief. And he was a homosexual. For him, everything was incredibly real. You could say that his books are simulations but all his emotions and writing comes from an incredibly personal and passionate place. You can say it’s cynical, but it’s incredibly direct and emotional. He’s an incredibly good writer. He was in prison, fantasizing, masturbating, and then writing about all the things that filled his imagination. There is a big difference between that and the world of Damon Dogg, where you get to actually do the fucking. But with Dogg there is very little passion. People who watch porn mostly just jerk off and then go to sleep. There is none of the emotional obsession and passion of Genet. To me, in Dogg’s world, the sadness lies in trying to get something you cannot have. That also exists in Genet’s novel through the character, Divine, who keeps falling for men who take advantage of her. But they can never be what she wants them to be. She worships… cocks. Cock worship. She finds cocks profound—almost holy objects. But where does that get her? The cock will leave—you know? The cock will fuck you and depart—something that happens to her multiple times. Eventually it destroys her. She’s seeking fulfillment of a particular kind. A friend of mine said, “It’s like trying to find God through fucking.” Divine can’t. It’s impossible. And there is a time limit, a very specific time limit, to fucking.

CK At the end of the play, Divine grows old. She’s dying. She’s lost that moment to be appealing. Her life slips away. Is that the right way of looking at that? Is the timeframe of her life based on the cock, or sex, or whatever?

OD Yeah. I think that’s a fair way of looking at it. Of course, in the book, there’s much more that happens to Divine than we show in the play. But I think that’s fair. She basically spent her life prostituting herself and hustling and trying to hold on to the idea of a man with a giant penis.

CK It’s not even about love. It’s about this almost object. Sex.

OD Yeah. The way she relates and talks about men is very much centered on their cocks and what they can do for her—deliverers of ecstasy/orgasm. That transcendent experience only lasts so long. So she goes, and seeks, and is torn apart. And she’s aging. Ultimately her whole life is spent on the street for moments of transcendence. It’s fleeting. And then she’s alone. 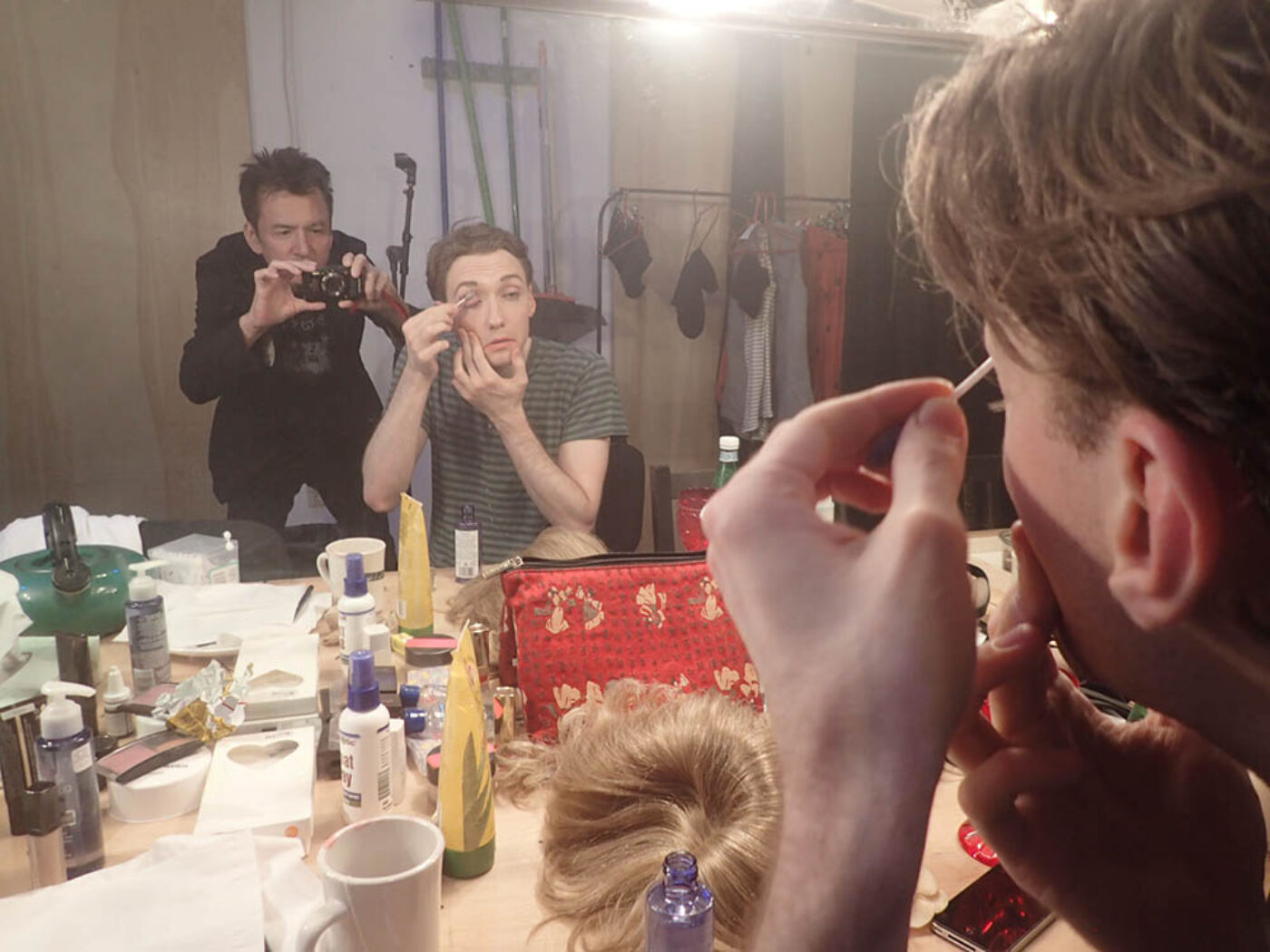 CK In the play, when you decided to do the sexual acts over and over again—was that purposely to upset the audience?

OD Yes, yes. But I don’t think we ever truly consciously thought about it that way. The sexual scenes are represented very graphically and grotesquely. For us, they are not that interesting in themselves, especially over time. There needed to be other elements—all of them equal. They always had to co-exist. How is it from the audience’s perspective? What position are they put into? Where do their eyes go? What decisions do they make? I don’t know. I know it’s not easy.

Charles Krezell is a New York City based filmmaker, playwright, and community-garden activist.