As an artist concerned with architectural questions, I have made regional planning maps for most of the world which organize terrain according to hydrological drainage––not into rivers only but into saltwater bodies, including the salt lakes, seas and bays of the world.

Within the art community, I have presented historical discussions that relate patterns of human settlement and migration to the physical framework of saltwater basins. It seems that a remarkable number of events in history become explainable when viewed within the basin maps. Recent events include: the internal fragmentation of Afghanistan and Iran; the Muslim revolt in northern Nigeria; the secessionist efforts of the Basques, Bretons, Catalonians, Welsh and other European peoples; the Kosovo uprisings in Yugoslavia; the resurgence of Great Russian nationalism, exclusive of other nationalities, within the Soviet Union; the separatism of British Columbia and the Pacific United States; the claim for repossession by the Palestinians at least of their Dead Sea Basin homeland. A most prominent examples, of course, is the effort of Arab peoples to form a confederate union around the Arabian Gulf, an effort rising to a head in 1917 and being manifested now plainly in the struggles of Arabistan.

But ecology is my primary concern, not history. I map the world to try defining the separate catchments in which sails, salts and pollutants collect and circulate. The Arabian Gulf and the land sloping into it are an ecological unit: it circulates nutrients and water much as a biological organism. It can be conceived, monitored and managed as a single ecological system.

As an ecological system, the Arabian Gulf is in jeopardy. Already overgrazing and desertification have through centuries desiccated most of the terrain, greatly reducing drainage and evaporation. Now, industrial pollutants and agricultural chemicals threaten biological existence in the Gulf itself. But if that biological existence were strong and manifold, the Gulf could sustain a substantial biogas, seaweed and fisheries industry. According to Jacques Cousteau, it could yield enough biogas to meet all future hydrocarbon needs after that fossil fuels are depleted. And if that lands sloping into the Gulf were comprehensively monitored and managed for diverse yields, they could be restored to ecological productivity. The Basin altogether could become a self-sufficient ecological and economic system. But present land-use practices and resource-extraction practices bode ill for the Basin. The Arabian Gulf is in danger, and so are the peoples on its slopes.

Fortunately, as is true in most basins of the world, the peoples of the Arabian Gulf Basin are generally of one nation. They are generally Arabian. They share a common culture and a common language. 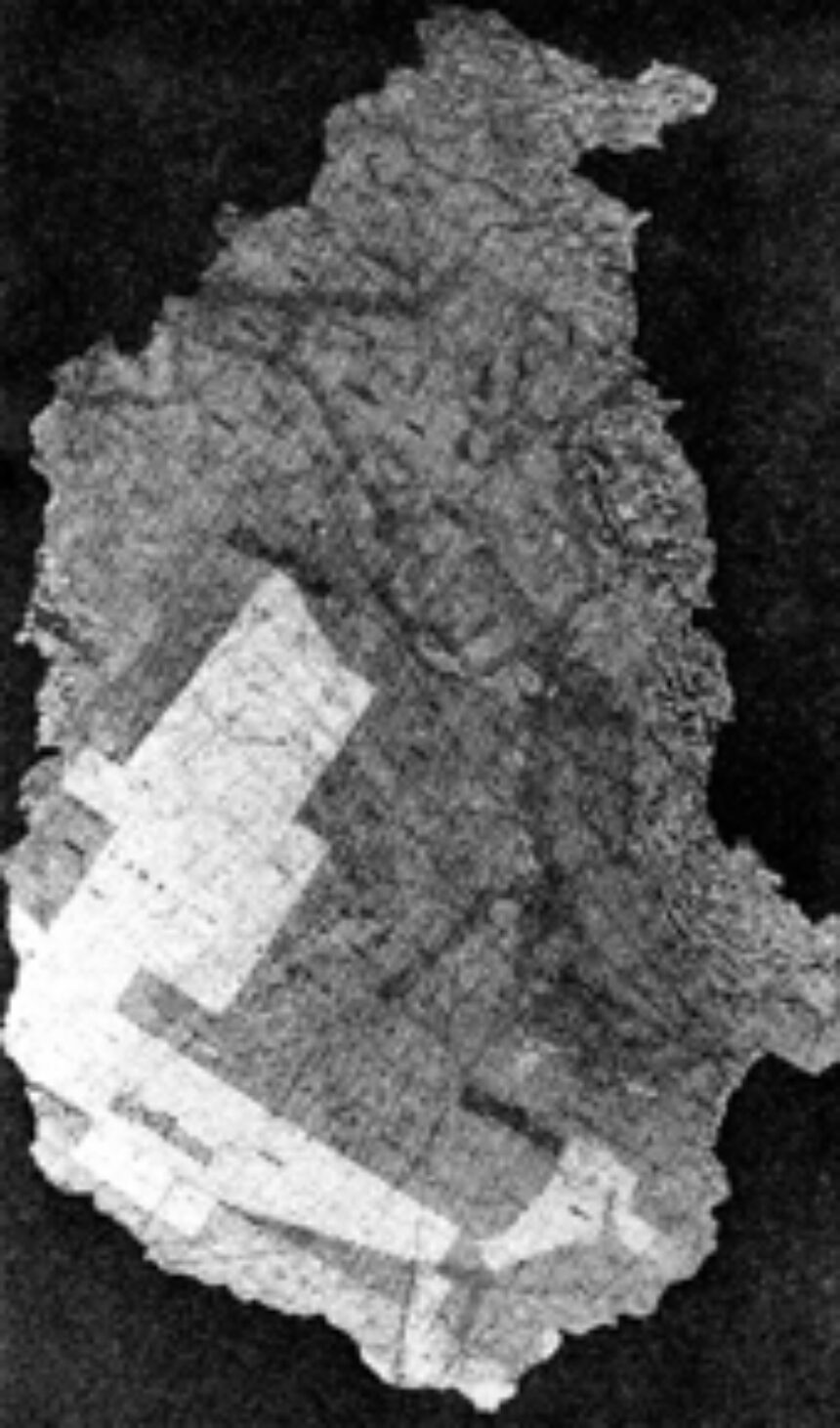 Fortunately too, there is a project of the United Nations Regional Seas Program drawn up specifically for the Arabian (“Persian”) Gulf. The project, like similar projects for the Mediterranean Sea, Caribbean Sea, Gulf of Guinea and Red Sea, has legal authority to include within its plans all the lands which actually or, with de-desertification potentially drain into the regional sea. It is now being determined whether the maps I have prepared for parts of the world including the map for the Arabian Gulf Basin could serve as functional maps for the UN Regional Seas Program. If so, there there would be United Nations sanction of comprehensive observation and management of the terrain with each of the maps I have prepared, including the map of the Arabian Gulf Basin.

Because I would like to bring these maps into administrative reality, at least under the authority of the UN Regional Seas Program, I am interested in parts of the world where such a reality seems to be within reach. I believe that the Arabian Gulf is one such part of the world. The breakdown of Iran into its ethnic parts, whether or not under Iranian administration, was proposed to me when I began the mapping with earth artist Dennis Oppenheim in 1978. I saw a distinct ecological argument for a separate administration of the lands draining into the Arabian Gulf, including Arabistan. These lands of present-day Iran could be conjoined with other states within the Arabian Gulf Basin––including Saudi Arabia, Syria, Jordan, Arab Turkey and Iraq––in a common ecology and resource program. And all of this conjoining could be sanctioned under the supranational jurisdiction of the UN Environment Program, parent organization of the UN Regional Seas Program. 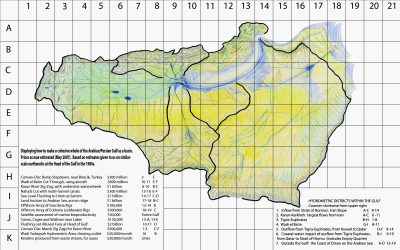 In 1982, BOMB Magazine published images of my ocean-basin mapping along with a letter sent on July 7, 1981 to the director of the Iraqi Mission to the United Nations.