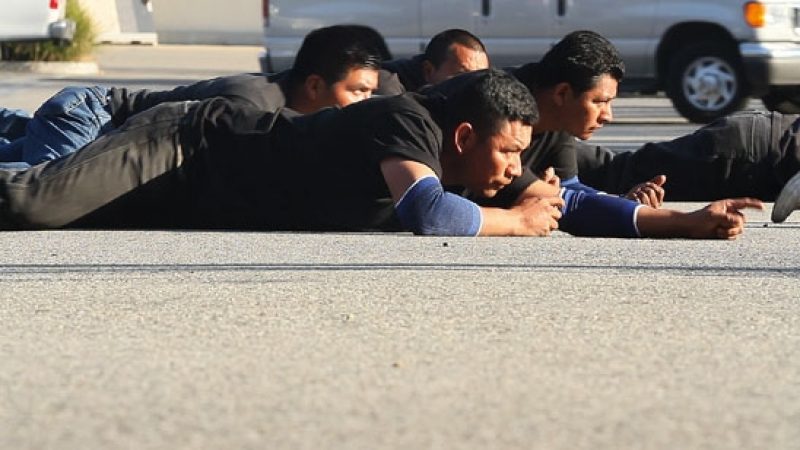 A lot of political art tells you emphatically what you already know all too well, or, just as frequently, it offers some pedestrian work alongside a thousand words of pretentious explicative wall text. Great way to spend a Saturday. How often does it make you laugh, or make your thoughts chase their tails, never mind make you wonder if maybe you’re dreaming? The exceptions are the great ones’ works—by a Maurizio Cattelan, or, in literature, a Roberto Bolaño.

Yoshua Okón, a prolific artist who’s doing his best work now, is one of the greats. White Russians (2008)—a project ostensibly about white-trash rednecks that is really about art-world voyeurism—and the incredible Octopus (2011) are film installations that ensnare; mysterious parables that fall over you like a net you didn’t even notice, trapping you inside, making you a part of them. Octopus is set in the parking lot of a Home Depot in LA where day laborers gather in the hope of being hired, most of them undocumented migrants from, in this lot, Guatemala. Such people are a ubiquitous feature of our country’s landscape now, caught in their low-wage livelihoods, risking deportation. This country scorns them and has turned them into political fodder: the embodiment of a great evil that has beset our poor struggling country. They must be sent home so that we can be noble again! Does the average US-citizen customer coming to and going from Home Depot ever give the day laborers much more thought than that?

We worship military prowess and war veterans, but does anybody look at these anonymous workers and think of warriors? Some people won’t need this background information but Okón provides it for those who do: In the last decades of the last century Guatemala was immersed in a hideously violent civil war between vanquished guerrillas and a triumphant, US-backed military. Okón realized that many of the day laborers were veterans of that war, and that they had fought against one another on opposing sides. Their war-ravaged country being unable to provide them decent jobs, they were here now, eking out a living in the country that also happened to bankroll the Guatemalan war.

How to find meaning in this, something much more profound, poetic, than the obvious explanations I’ve written above? Okón invited the workers to make a film with him in Home Depot’s parking lot. They would reclaim their warrior selves. With the grace of expert jungle guerrilla fighters, they crawl on their bellies holding invisible weapons and roll on their backs up into firing crouches. They speak to each other softly in Mayan, and patrol—jammed into shopping carts, invisible weapons ready, holding still, they stare into this dangerous territory from which the enemy might pounce at any moment. Ridiculous, of course. We hear the whinnying, gruesome, sublime laughter of Kafka. It is a beautiful puppet death ballet. Whose puppets are they? They lie dead in the parking lot, and the customers come and go, barely glancing, different realities coexisting, merging.

I was in that Home Depot parking lot too, and it was just like that—there were no cameras, nobody was acting, nobody directing. It’s always a little jolt when I remember that I saw Octopus on video screens. I keep thinking I dreamed it.

Francisco Goldman’s most recent novel is Say Her Name. 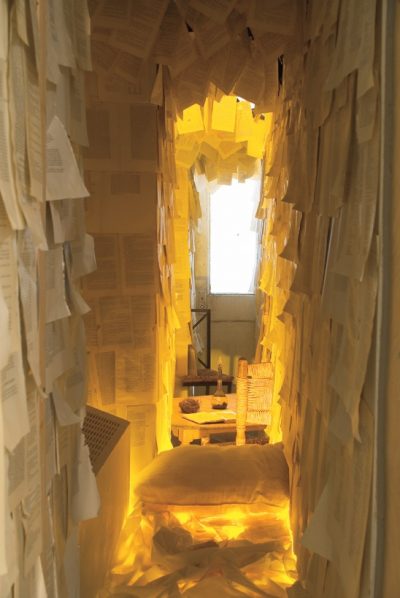 Sebastián Patané Masuelli once answered an asinine question of mine about his influences with the quip, “If we had planned to arrive in this country we would have done certain things in advance, like learn the language.” 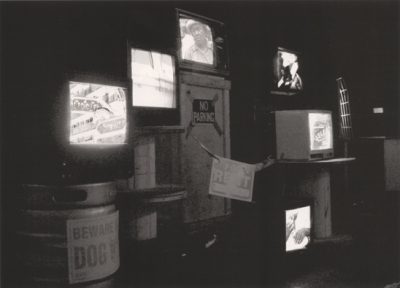 Maksaens Denis, a multimedia artist from Haiti who divides his time between Port-au-Prince and Paris, is also a dj and vj who comes from a classical music background. Appropriately, what might first appear to be unwieldy about his work has the exactitude of classical composition.