Nothing Happened and Then It Did by Michael Andrews

Jake Silverstein’s Nothing Happened and Then It Did: A Chronicle in Fact and Fiction is a hilarious and engrossing new book that lives up to its title, blending journalism and invention. Absorbed in the book’s infectious narrative, you forget about the fact/fiction framework and simply revel in the half-true tale of Silverstein’s preposterous efforts to find material for a magazine article. 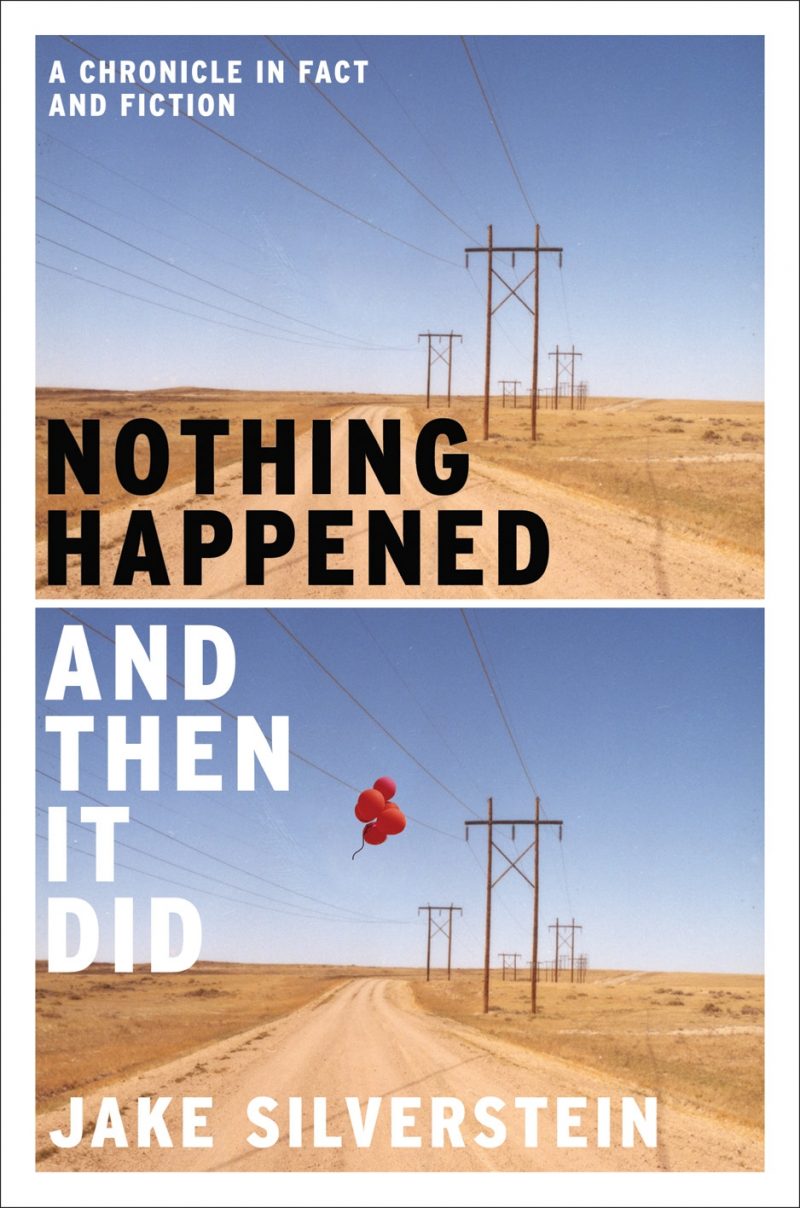 In 1999, Jake Silverstein was a twenty-four-year-old struggling poet. The solitary toil of writing poetry made him feel cut off from the world and so he decided to try his hand at journalism. “Journalism,” he reasoned, “though I had no experience in it, seemed like a good way to be in the world.” He managed to find a job as a newspaper reporter in the tiny town of Marfa, Texas, and for the next five years he roved the desolate deserts of Far West Texas and Northern Mexico, trying—and failing—to become a magazine journalist. Such is the story set down in Nothing Happened and Then It Did: A Chronicle in Fact and Fiction, a hilarious and engrossing new book. However, as hinted at in the title, half of the book is true while half is sheer invention, with alternating chapters labeled appropriately. Silverstein’s explanation for this dissembling—such as it is—points to the peculiar mental states induced by the “giant solitudes” of the Southwestern desert. The vast expanses and the absence of human community can cause a person to lose his grip on reality: “Alone on the plain, a man tells himself stories about who he is that draw from both domains. Fact and fabrication are opposites only where there is a society to verify or deny; for a man in isolation—and who is not?—the two share a greater taxonomy.”

It’s an odd conceit and its overarching significance, if it has any, never becomes entirely clear. Fortunately, this doesn’t really matter because, absorbed in the book’s infectious narrative, you forget about the fact/fiction framework and simply revel in the tale of Silverstein’s preposterous efforts to find material for a magazine article. He searches for the lost bones of Ambrose Bierce in Texas on the basis of a few dubious tips, only to find something far more unsettling. In the bayous of Louisiana, he hunts for hidden pirate treasure with two comically greedy men. The expedition yields great material for a magazine article but he can’t use it because the paranoid treasure hunters (just two of the many memorable eccentrics who populate the novel) swear him to secrecy. Later he manages to join a support crew in the deadliest car race in the world, running from southern Mexico to Texas. And yet, absurdly, he can’t get close enough to the action to produce a story. In these excursions and others his journalistic ambitions are thwarted in the most outlandish ways, yet Silverstein endures the disappointments with a wonderfully deadpan sense of humor. By the end of the book he has vowed to quit journalism for good.

Silverstein’s most sensational journalistic failures occur in the fictional chapters. Even so, one assumes there is some truth to them since they dovetail so nicely with the factual chapters. The truth is, Silverstein didn’t exactly struggle to break into magazine journalism, as the four “fact” chapters were originally published as articles in Harper’s Magazine. Not only does this make the theme of thwarted ambition all the more confusing, but I found it strangely disappointing as well. The parts about failure are quite poignant, so it was a letdown to learn that they were entirely made up. But should I feel let down? A great novel is made up, yet no less affecting for it. Art is true, not factual, and just because it was “Jake Silverstein” who failed rather than Jake Silverstein doesn’t make the story any less compelling. The sheer pleasure of reading this book eclipses any impulse to split hairs regarding documentary and fiction. Silverstein blends the two marvelously, approximating, if not replicating, a lived experience.

Nothing Happened and Then It Did: A Chronicle in Fact and Fiction is out now from Norton.