No Science by Weston Cutter

If you can’t find yr way in, written on the edge of a brick 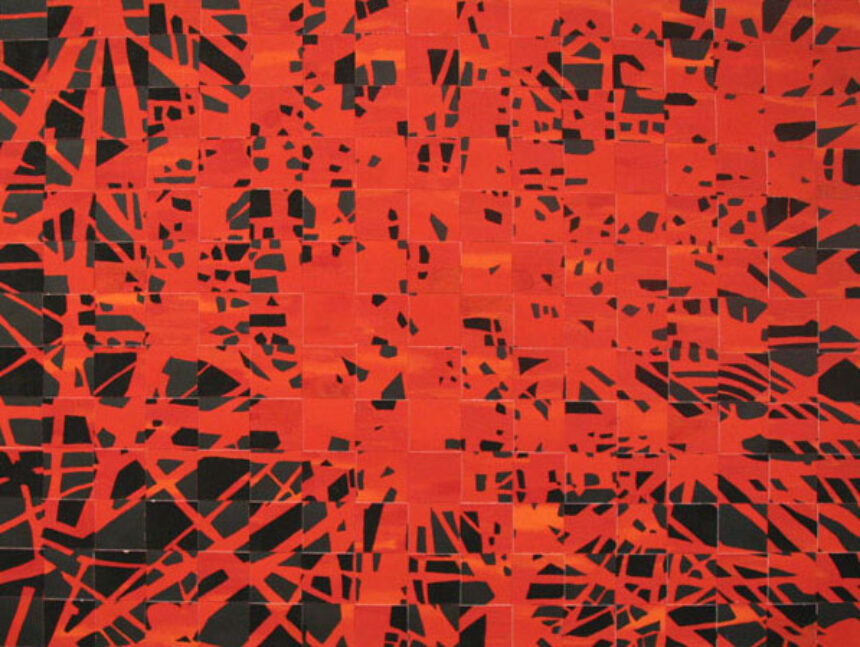 Peter Moysaenko How might you respond to the assertion that contemporary poetry, stacked against advances in such studies as that of quantum mechanics, offers little in the way of knowledge or intelligence, favoring the cultivation of elegant delusion and sophistic logic over a genuine apprehension of the conditions of existence?

Weston Cutter This questions all sorts of dicey-ness and trouble for me. A close friend is a high-energy theoretical physicist (the stuff he studies is what’s modified by all those adjectives, not he himself—he’s real and low-to-moderate-energy), and I bet we’d both argue that our respective fields are equal re: providing knowledge and intelligence, delusion and sophistic logic. Where things get truly forky is at “a genuine apprehension of the conditions of existence”—the phrase could do with a whole bunch of unpacking (“conditions of existence” meaning roofs over heads and bridges not collapsing, or broken hearts and memories of youth, or the half-life of radon and the never-ending quest to quantize gravity?), plus there’s N. Bohr who said, “Those who are not shocked when they first come across quantum theory cannot possibly have understood it,” and then R. Feynman who said, “If you think you understand quantum mechanics you don’t understand quantum mechanics”—eminent scholars both, and each positioned well to savor whatever truths QT/QM had to offer. This is already getting long—there’s plenty more to say—but let’s be fair: the fundamental condition of existence is not knowing, and poetry and physics, plus pie charts and plowing fields and parsing the stock market each, in ways, are valid means of apprehending elements of the unknown we live in, plus let’s just admit that “more” or “less” re: apprehending conditions of existence has much more to do with the user than the field.

If you can’t find yr way in, written on the edge of a brick : it’s August, heat and wetness thick as a scent but I can find winter anywhere : the brick a member of an old wall’s army, remnants of cement : scabs : too hot to sleep well : last night I lay down in my bed but awoke in the next room’s chair : and if the phrase is complete in itself : if you can’t find yr way in : perhaps brick as answer : perhaps nothing : no answer : I’m thinking snow, thinking my way arctic : relieving : the brick’s been sitting on a table I’ve passed dozens of times, been sitting like a doomed prince, the kingdom already fallen and him sitting in his last throne : all brick walls just iterations of until : on the way home the long walls of the church hold the summer day’s heat : heat as confession, brick as priest : private unto darkness : amen : + at night, when it’s cooler, 3pm August will still be stuck in the wall, trapped : a name not quite forgotten : spare heat for absent touches : if you can’t find yr way in and perhaps there is no way in : no in : how warmth moves into brick : voices into dark : and before dawn, day’s bricks finally cool, their heat like secrets told to the dark : ready again : again :

Weston Cutter is from Minnesota, presently lives in Iowa, but has a strong inclination that Chicago is really where it’s at. He’s got stuff coming soon-ish in the Gettysburg Review, Third Coast, Sonora Review, and Apostrophe Cast.

For more on Peter Hildebrand, visit his page at Pierogi Flat Files.