Nilo Cruz’s Two Sisters and a Piano by Rone Shavers 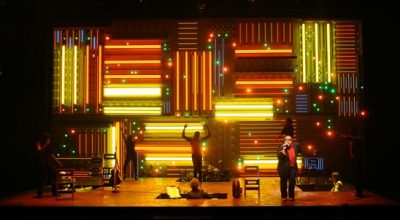 If you want to trace the pathology surrounding the uproar over young Elían Gonzalez, here’s a suggestion: read playwright Nilo Cruz’s latest drama, Two Sisters and a Piano. Set in Cuba in 1991 during the twilight of Gorbachev’s glasnost era, Two Sisters centers around the plight of Maria Celia Obispo, a once-well-respected writer, and her younger sister Sofia, a brilliant pianist. Both have recently served a two-year prison sentence (for denouncing the Castro regime for not instituting a little Cuban-style Perestroika) and are now living under stringent house arrest, one in which all of their meager possessions have been catalogued and documented, and may be taken away at a moment’s notice. Their only hope lies in Maria’s husband, who now lives abroad, and his attempts to obtain her freedom as a victim of political persecution.

Maria is sequestered, ostracized, and desperate for human contact of any kind: enter Lieutenant Portuondo. An ardent military man, while sympathetic to Maria’s plight, he also wishes she were more sympathetic to his romantic advances. It’s a volatile mixture: one where personal passions conflict with the political passions of the collective whole, resulting in a work that reverberates with the themes of loss, unattainable love, and woe.

Cruz’s work is both simple and effective, illuminating exactly how debilitating the decision to oppose one’s government and leave one’s country can be. And if there is a simple way to understand why such an international impasse can arise over the status of a small boy, it may just be found in this play.