Ben Mirov interviews Justin Taylor, whose new book Everything Here is the Best Thing Ever is out now on Harper Perennial Press. 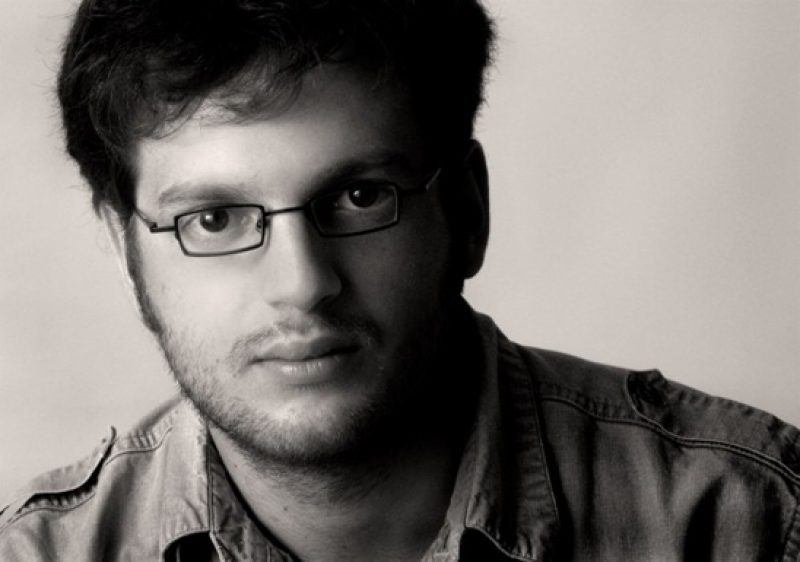 Justin Taylor’s collection Everything Here is the Best Thing Ever is jagged-edged, darkly-wrought debut made of broken beer bottles and sidereal light. Stories in the collection range from densely packed flash narratives to longer pieces that draw out their impact in a lengthier, but no less potent, manner. Perhaps the most articulate aspect of the collection is its unforgiving portrayal of its characters. The young men and women in Taylor’s stories gain their vividness and our sympathy via the same qualities that make them distasteful outsiders. What culminates Everything Here is the Best Thing Ever, is an incisive, ultimately forgiving portrayal of a generation at once despicable, self-absorbed, callow and intensely human.

Ben Mirov While reading Everything Here is the Best Thing Ever, it occurred to me that you’re the type of writer that is able to crystallize a lot of influences in your prose. I know you’re a fan of Donald Barthelme, but I expected to see more of his influence in BTE. Were there specific writers that you drew from while writing BTE?

Justin Taylor Absolutely. I think influence is a fascinating and powerful thing. I know some writers fear or are wary of it, but I’m an eager embracer of models and anti-models, both. Sometimes it’s about saying “Okay, I love this, and it’s monumental, but it’s been accomplished already.” I do love Barthelme enormously, and I’ve learned volumes from reading him, but I’m not going to match Barthelme at writing Barthelme stories, and even if I could, what would be the point? So I’m not worried about following in his footsteps, or appearing to, because my work is never going to look like his. It’s about extrapolating a lesson, or picking up a technique, or having an idea of your own sparked by some idea you’ve encountered, and then putting those things to work in a wholly other context, the means to different ends of your own devising, where they may or may not even be recognizable anymore. I love the idea of building my nest from bits pinched from all over the place. If someone looks at my work and recognizes that this twig is from a birch tree, or that that bright red thing is a torn piece of label from a soda bottle—more power to that person for their good eye, but that doesn’t make it any less my nest.

BM You have an admirable output. On top of your critical writing for places like The Nation and The Believer you also blog regularly for HTMLGiant and write poetry. Do you feel it’s important for writers to work across all genres, these days, in order to attain a reputable level of success?

JT I think that all the kinds of writing I’ve done—as well as my work editing anthologies, and a small magazine—inform each other in useful ways, some more obvious than others. I know that writing and reading poetry has taught me lessons about language that I couldn’t have learned any other way. Which is not to say that they cannot be learned some other way, only that this was the right way for me. And I know that writing nonfiction—book reviews, journalism, essays—has given me a whole other set of perspectives and opportunities; it’s a different skill-set, and one I’m glad to have. But I don’t think it’s “necessary” in any sense—artistic, commercial, or whatever. I think people do what feels right for them. I like to work with people, I like thinking up projects and executing them, and I like trying new things—but there’s no denying that every thing you do is time spent not doing something else. You have to be able to prioritize, and more than that, to choose. I hardly ever write poetry anymore. I still read it, but I funnel my writing energy mostly into other projects—namely this novel I’ve been working on, which is almost due.

BM As an addendum to the last question, do you associate yourself or feel like you’re part of an ever burgeoning group of writers who actively work across genres and mediums, not because they are making some kind of overt aesthetic statement, but because it seems natural (I’m thinking of writers like Tao Lin or Blake Butler who seem content to work across genres or attempt to transcend them)?

JT Well, you’re unlikely to confuse a page torn from my book with one torn from Blake Butler’s Scorch Atlas or Tao Lin’s Shoplifting from American Apparel, but yes, there are associations there, and not merely theoretical ones—they are really-existing personal and professional relationships. Blake is my editor at HTMLGiant, as well as a friend. I’ve known Tao for years—I’ve published his work, we’ve lived together, etc. I don’t know that we’re “ever burgeoning,” but ‘09 was a pretty good year for us—each of us either put a book out or got a book deal, and I think we all have books coming out in ‘10. And it’s not just about the three of us—Mathias Svalina’s poetry collection, Destruction Myth, Joshua Cohen’s monster novel, Witz, that Dalkey Archive is doing this spring, Shane Jones’s “Light Boxes” getting picked up by Penguin—these are all examples off the top of my head. I’m sure there are more—I know there are. I don’t think of us as a coterie or scene, but we’re all aware of each others’ work, and HTMLGiant is the kind of nexus of that awareness, and it does feel like a critical mass is approaching, or has been obtained. A mass of what, I’m unsure, but here we all are.

As far as cross-genre goes, I can’t speak for Blake or for Tao, but what are we really doing that Denis Johnson or Joyce Carol Oates or John Updike or John Ashbery haven’t done already? Those guys all write in multiple disciplines—fiction, non-fiction, poetry; Ashbery also dabbles in the visual arts, as a critic and as a collagist, as did Donald Barthelme. Some writers specialize, others don’t, and I think it’s about what, as you put it, “seems natural.” I think there’s this urge to connect, say, blogging with age—something about “the kids are/n’t all right” or “the way we live now.” But my favorite blogger is Dennis Cooper, who is the same age as my dad. Dennis is more in touch with contemporary culture than I’ll ever be, if I live to twice Harold Bloom’s age.

BM I was thinking, and I’m not sure how to put this in question form, that your writing reminds me of John Hughes’ movies in a number of ways, specifically the way you capture and articulate stereotypes of the ’90s and the way your characters are often in periods of transition or liminality. Many of the characters in BTE are hybrid goth, raver, nerd types, or just simply outsiders that are struggling for acceptance or love or friendship. Am I way off base in making this comparison?

JT When I was growing up I was fascinated by people who seemed to fit snugly into their little sub-culture. They seemed like these great actors—not in the sense of being poseurs, but in the sense of knowing their lines, and their costumes, and being really comfortable in their roles, and expert at performing them. I never once felt that way in my whole life—I still don’t. And I’m sure those people weren’t really the way I imagined them; they were struggling to define themselves and live up to their own definitions as much as anyone else was—which is what I’m interested in exploring in the book. I hope I’m not just trading in stereotypes. But I think it would have been impossible to write about the ’90s without making reference to that kind of pathological typing, because it was such a fundamental part of how the culture articulated itself during that era.

BM One of the things that struck me throughout BTE were the moments of violence strung throughout the collection. Characters often perpetrate violence, unwittingly or wittingly, upon each other with a disturbing complacency, almost as if they see violence as intrinsic to their lives. Do you feel like violence is a key aspect of the stories in the collection?

JT For me, the violence—in the stories where violence occurs, which is only some of them—has a feeling of inevitability. You don’t necessarily see it coming, but in the instant of arrival it feels in some sense “right” or even (perversely) “proper.” This seems close to your idea of its being “intrinsic,” but it retains this sense of the violence coming from without, which is how I would prefer to think of it: a kind of necessary excess. By and large, in these stories, emotional violence is perpetrated unwittingly, whereas the instances of physical violence are mostly deliberate, though usually the result of some serious emotional miscalculating—the two things are hopelessly intertwined, of course. “Jewels Flashing in the Night of Time” is probably the darkest story in the whole book, but even that narrator’s violence is essentially the result of his failure to negotiate a power-relationship, and even in the climactic moment of the story (which I don’t want to spoil) he isn’t sure whether his act is one of total control or total submission.

BM Do you have a favorite story in the collection, one that you’re particularly attached to?

JT The one I’m most attached to is “The New Life.” The setting is the South Florida suburbs where I grew up, and something about it just shakes me to my core. Writing that story, getting it right, was the apotheosis of something powerful and essential for me. Readers who have told me their favorites have tended not to pick that one, and I tried unsuccessfully to get it published before collecting it in the book, so it may not be objectively the “best” one, but it’s my favorite. Apart from that, I love all the stories equally. I put everything I had into every single line. I wouldn’t take a do-over on any of them.

BM I thought we should try some word association to wrap things up. I’m just going to say a few things and you write whatever pops into your head:

JT If the circumstances that led to your need for this deferment still exist, you may be eligible to extend the deferment, or there may be other types of deferment or forbearance for which you may qualify if you need to further postpone repayment on your loans.

JT I want to wander through the night / as a figure in the distance even to my own eye.

Everything is the Best Thing Ever is out now from Harper Perennial Press.

Ben Mirov is the author of I IS TO VORTICISM (New Michigan Press, 2010) and GHOST MACHINE (Caketrain, 2010) and has a blog (http://isaghost.blogspot.com/).