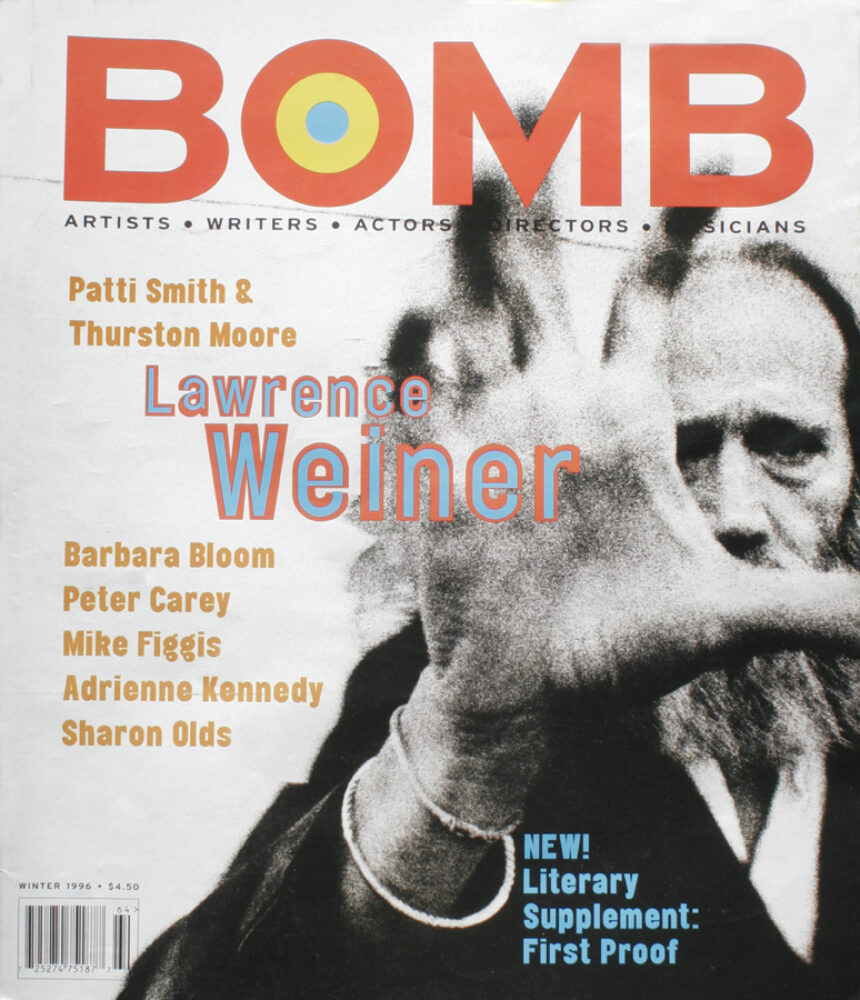 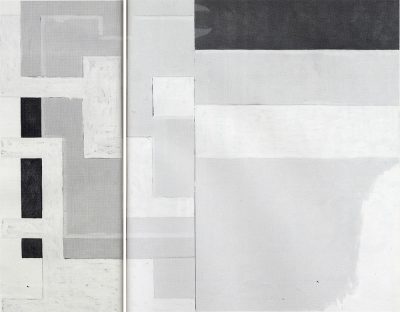 whether or not it had rained, the air plummeting with hellish weeping,
the hairy leaves on

the maple by the pond, under which Phillip had wed Cynthia, shaped like a
child’s balloon or a pregnant woman, almost round but with a gash delved
into its midst, turned back, thrashing, into silvery green, so I am reminded
of my mother bending over, her wet hair falling across her upside-down face,
brushing brushing the long tawny length of it

not under my arms but elsewhere, around the
wrists and ankles and fingernails where you wouldn’t expect to find
moisture ordinarily

and at other times, around mid-day, when the kids are all
at the pool but Yo-Yo continues to bark with a high piercing yip yip in great
despair and no matter how many windows I close the sound

Helping Julia to pack for California, wrapping her dishes in old newspaper,
placing them in a beautiful old salad bowl, taking them out to her car to
place in an open trunk, barefoot, in the muggy heat of July, that day, while
her son Adam sat on the camp bed and read, the bees came like tiny bombs

I was seven, in Bridgehampton, where we had a small white house down by
the pond, white lilies opened only in the morning, and I went out into the
thick mud where there were blood suckers, and picked one or two to give to
my father, who was asleep inside the house, but when I came up the slope,
my legs all muddied, the bees

I thought I was being

of polio just before my birthday these days
twist into one

the white sky reflected thru the trees in the pond

I took a photograph
her daughter Isobel standing in the pond, her shadow
elongated in the water, braided hair a gold shimmer
her solitude

“There was a time when mapmakers named the places they travelled through with the
names of lovers rather than their own. Someone seen bathing in a desert caravan, holding
up muslin with one arm in front of her. Some old Arab poet’s woman, whose white-dove
shoulders made him describe an oasis with her name. The skin bucket spreads
water over her, she wraps herself in the cloth, and the old scribe turns from her to
describe Zerzura.”

traveled during the war and wrote
his name was Richard, called Dick
Childlessness
brings estrangement

I have never explicitly affiliated my not having children with

my father’s absences
I thought I would find him in the heavy
book of words, dictionary
which rested on his writing table long after his
disappearance and which I thought
was magical, containing all secrets,

or perhaps
find a way to him on little word boats, paper sails, some spirit’s breath, into a
“conversation”, Paul Celan’s term,—

“the poem holds its ground on its own margin. In order to endure, it constantly
calls and pulls itself back from an ‘already no more’ into a ‘still-here.’”

This turn, this coming about, refuses to let time go, but is always using it to

fuel the poem towards the meaning of
the presence of meaning

I have been pregnant three times

two abortions while in college, one in Milwaukee without anesthetic
after which I bled

in the Emergency Room I was afraid they would send me to jail
I told my English teacher
who had said I don’t know if you have ever thought about it, but
you can write
seeding my life with pursuit

Fred, the father, died last year in New Mexico.
We were engaged. He gave me a
ring, a small emerald set in diamonds, at the end of the summer
in Santa Fe.

I had been working as a “mother’s helper” in New Jersey taking care
of three children, their mother pregnant with her fourth

the youngest, Pete, called my name each morning had
immense glee
learning a word for a thing bird? bird? hearing one sing

I remember thinking what what what

Fred wrote “come out on a hobby horse I will still love you”,
We drove to Second Mesa to watch the Hopi Snake Dance
a gaggle of Indian children surrounded us
calling him Mr. Smokestack laughing I bought a tiny clay dish
with a creature painted on it

he showed me the desert

married an English girl they had three children. When he died the marriage
had collapsed. When he drank he talked too much, brilliance becoming garrulous,
sentimental, pretentious. I kept his letters. I thought he was smarter
than anyone on the world when I was seventeen. He had read Nietszche and
Celine, nihilist in the midst of idealists. He called me “Little Chick.” He
encouraged me to write.

“In the desert the most loved waters, like a lover’s name, are carried blue
in your hands, enter your throat. One swallows absence.”

the word name has man and men in it

Ondaatje writes of his heroine Hana: To rest was to receive all aspects of the world
without judgement. A bath in the sea, a fuck with a soldier who never knew your name.
Tenderness towards the unknown and anonymous, which was a tenderness to the self.

my first trip out of the United States

my stomach was upset
they sent me to get Pepto Bismol
the doctor had gold chains around his neck, his shirt open

one woman was reading Steal This Book

his daughter, Haven, eight when we met she is married now in Boston I do not
hear from her/sometimes I see Brian on the street

lawn after rain
swimming in the pool, the photographer walking round and round and his
camera wheezing and clicking

hawk circling the blue sky above
inscribing a dangerous

then I went into the hospital for the
operation but at the last minute they decided to do a D&C, an
abortion, rather than risk the
hysterectomy because when you are pregnant your
blood is “frothy” so I was sent
home to wait

an image of a cork on a sea

Emerson writes, “Where do we find ourselves? In a series of which we do not know the
extremes, and believe that it has none. We wake and find ourselves on a stair; there are
stairs below us, which we seem to have ascended; there are stairs above us, many a one,
which go upward and out of sight.”

these steps I took
I do not regret

to be a poet

they were illegal dangerous
sad and expensive

words are acts of the world they are prior to us

is born four flights below

their daughter Jane, just fifteen, broke up with her first boyfriend she was
so sad I have a picture of her at three in a pink bathing suit

in the photograph a blur on a bough of blue spruce
the nest a palm of dry mud on the ground.

Ann Lauterbach is the author of five volumes of poetry, including Before Recollection (1987), Clamor (1991), and, most recently, And For Example (1994). She was awarded a MacArthur Fellowship and has received fellowships from the Guggenheim Foundation and the Ingram Merrill Foundation. She is a professor at the City College of New York and head of the writing faculty in the MFA program at Bard College.

Poem and Painting by Marjorie Welish 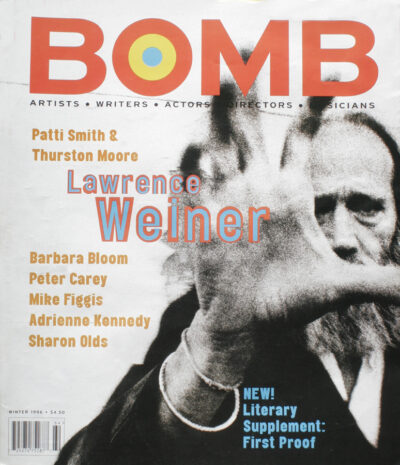