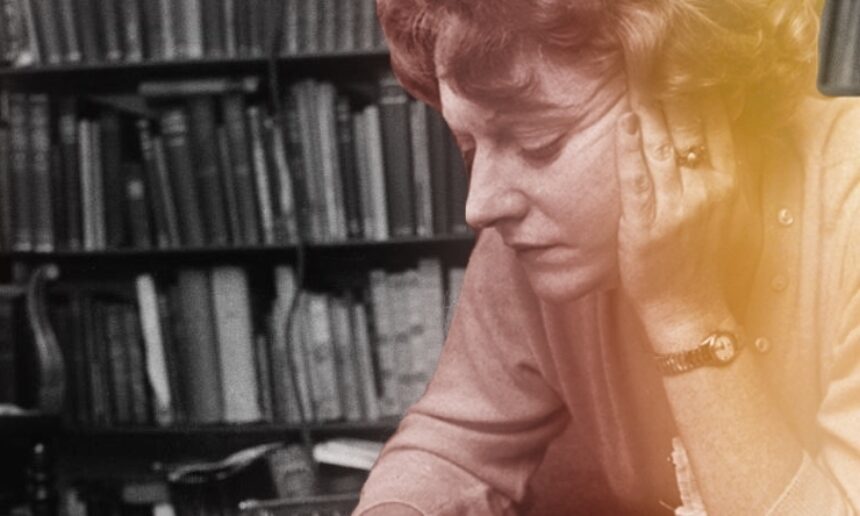 To me truth has airy properties with buoyant and lyrical effects; and when anything drastic starts up from some light cause it only proves to me that something false has got into the world.

It is impossible to persuade a man who does not disagree, but smiles.

Laughter. That’s what the human race was made for.

Most people took a man, in all respects, for what he said he was.

She did not know then that the price of allowing false opinions was the gradual loss of one’s capacity for forming true ones.

There is no more beautiful a sight, he said, than to see a fine woman bashing away at a typewriter.

“We’re very much in love with each other,” Berry explains, squeezing his wife. And Sybil wonders what is wrong with their marriage since obviously something is wrong.

The season of falsity had formed a scab soon to fall away altogether. There is no health, she thought, for me, outside of honesty.

“You mustn’t think that because I take my gifts seriously, I take them solemnly. It is all an airy dream of mine, unsinkable because it is light. I don’t play the eerie fortune-teller at all; I don’t play anything when I play the cards; I am simply myself.”

She wasn’t a person to whom things happen.

Without an ever-present sense of death life is insipid. You might as well live on the whites of eggs.

That seemed rather obsessive, reading books a second time and a third, as if one’s memory was defective.

Henry Castlemaine loved his daughter dearly, and himself a little more.

It didn’t occur to me, then, that the vertiginous blurb that was written to me about the girl was in fact so excessive as to be suspicious.

It’s strange how you think you know people, and then they do something odd, and you have to start on virgin ground again.

Truth is not literally true. Truth is never the whole truth. Nothing but the truth is always a lie. The world is ours; it is in metaphorical terms our capital… Never, never, touch the capital. Live on the interest, not on the capital. The world is ours to converse and ours are the fruits thereof to consume. We should never consume the capital, ever. If we do, we are left with the barren and literal truth.

Neurotics are awfully quick to notice other people’s mentalities, everyone goes into an exaggerated category.

What’s bred in the bone comes out.

I did not remove my glasses, for I had not asked for her company in the first place, and there is a limit to what one can listen to with the naked eye.

People in those parts are very typical of each other, as one group of standing stones in that wilderness is like the next.

“Neurotics never go mad,” my friends had always told me. Now I realized the distinction between neurosis and madness, and in my agitation I half-envied the woman beyond my bedroom wall, the sheer cool sanity of her behavior within the limits of her impracticable mania. Only the very mad, I thought, can come out with the information “The Lord is risen,” in the same factual way as one might say, “You are wanted on the telephone,” regardless of the time and place.

The superstition of today is science of yesterday.

People, even one’s friends, do go off with things. But their main objects of acquisition are books. Guests go off with books out of the guest-room.

Parents learn a lot from their children about coping with life. It is possible for parents to be corrupted or improved by their children.

Wonderful to have a whole day unplanned. It’s like a blank sheet of paper to be filled in according to inspiration.

I reject the idea that it is best to have never been born.

Once you know some facts about a person you are in some way involved with them.

It is always the same with people who make a fetish of self-control: they strike the most histrionic attitudes.

I chucked the antinomian prose when I was twenty. There’s no such thing as a private morality.

For though he knew the general axiom that death was everyone’s lot he could never realize the particular case; each new death gave him something fresh to feel.

But charity elevates the mind and governs the inward eye. If a valuable work of art is rediscovered after it has gone out of fashion, that is due to some charity in the discover, I believe.

There’s a dirty swine in every man.

“All human beings who breathe are a bit unnatural,” Dougal said. “If you try to be too natural, see where it gets you.”

We all have a fatal flaw.

If there is one thing a bachelor does not like it is another bachelor who has lost his job.

It is better, (he thought) to be a pessimist in life, it makes life endurable. The slightest optimism invites disappointment.

“I’m not lonely before they come. I’m only lonely when they go away.” But safety does not come first. Goodness, Truth, and Beauty come first.

Long ago in 1945 all the nice people in England were poor, allowing for exceptions….

Nothing reveals a secret sweetness so much as a personal point of misery bursting out of a phlegmatic creature.

Why couldn’t people be moderate?

And, of course, the question answered itself: she had been too memorable to remember.

It’s an act of presence… as when you visit a bereaved friend and there’s nothing to say. The whole point is, that a meeting has materialized.

She had observed before that when people were in process of moving in to a new house, and until the furniture had arrived and been put in place, everyone felt they could come and go, like the workmen and the removal men, without permission.

Her talent, he thought, is a rich one. As in life, he thought, it is the very rich who understand thrift while the poor spend quickly on trifles.

One who has never observed a strict ordering of the heart can never exercise freedom.

Anxiety is for the bourgeoisie and for great artists in those hours when they are neither asleep nor practicing their art. An aristocratic soul feels no anxiety nor, I think do the famine-stricken of the world as they endure the impotent extremities of starvation.

We are leaving the sphere of history and are about to enter that of mythology. Mythology is nothing more than history garbled; likewise history is mythology garbled and it is nothing more in all the history of man. Who are we to alter the nature of things?

Masses of old, old letters are very upsetting to contemplate, each one containing a world of past trivialities or passions forever pending. The surprise of words once overlooked and meanings newly realized, the record of debts unpaid or overpaid, of boredom unrequited or sweetness forever lost.

A secretary is one who keeps secrets.

In reality, no farmer prays for rain unless the rain is long overdue; and if a miracle of good fortune occurs it is always at the moment of grace unthought-of and when everybody is looking the other way.

He was unaware that the same story that can repel can also enchant, according to the listener.

That afternoon she stepped out with the same courage of her wild convictions and the dissatisfaction that has no name.

His snobbery was immense. But there was a sense in which he was far too democratic for the likes of me. He sincerely believed that talent, although not equally distributed by nature, could be later conferred by a title or acquired by inherited rank. As for memoirs they could be written, invented, by any number of ghost writers. I suspect he really believed that the Wedgwood cup from which he daintily sipped his tea derived its value from the fact that the social system had recognized the Wedgwood family, not from the china that they had exerted themselves to make.

Weakness of character: to my mind this is no more to be despised than in physical weakness. We are not all born heroes and athletes. At the same time it is elementary wisdom always to fear weaknesses, including one’s own; the reactions of the weak, when touched off, can be horrible and sudden.

People who want justice generally want so little when it comes to the actuality. There is more to be had from the world than a balancing of accounts.

Another maxim was All is not Gold that Glisters, and another was Honesty is the Best Policy, and I also recall Discretion is the Better Part of Valor. And I have to testify that these precepts, which I was too flightyminded to actually ponder at the time, but around which I dutifully curled my cursive Ps and my Vs, have turned out to my astonishment to be absolutely true. They may lack grandeur of the Ten Commandments but they are more to the point.

The apologies of the rich. They are cheap.

The young are very generous.

“The prohibitive price of fares,” said his aunt, as one multi-millionaire to another.

Lucan besides was a silk purse, and it was useless to expect such an object to turn into something so good, so true, as a sow’s ear.

All obsessed gamblers are liars.

“I was given your name by an old school friend of yours in Paris.”

This is a tactic in the con-business that usually works. The mention of a school friend one doesn’t remember generally gives rise to a slight feeling of guilt rather than suspicion.

“The nature of jealousy… the feeling as a sort of admiration… to want what others had… What is jealousy? Jealousy is to say, what you have got is mine, it is mine, it is mine? Not quite. It is to say, I hate you because you have got what I have not got and desire. I want to be me, myself, but in your position, with your opportunities, your fascination, your looks, your abilities, your spiritual good.”

Proximity to a man who does nothing gets on one’s nerves after a time.

Excerpted from A Good Comb by Muriel Spark, edited by Penelope Jardine. Copyright © 2018 by the Estate of Muriel Spark. Reprinted with permission of Georges Borchardt Inc.

Muriel Spark (1918–2006) began a prolific forty year career as a poet, essayist and novelist some time after marrying and living in Rhodesia, divorcing, moving to London, working for UK intelligence during World War II, and editing The Poetry Review. Of Scottish origin, Spark is remembered for the rare artistry of her audacious and often self-reflective fictions (The Prime of Miss Jean Brodie, Memento Mori, The Comforters, etc). In 1965, she received the James Tait Black Memorial Prize, and in 1965 for The Mendelbaum Gate. In 1992, she won the US Ingersoll Foundation TS Eliot Award, and in 1997, the David Cohen Prize. Muriel Spark became Dame Commander of the Order of the British Empire in 1993.

4 June 2010, Edinburgh. The brightness of the morning. Sky flat. No clouds. When he came into her room with coffee she was already awake.