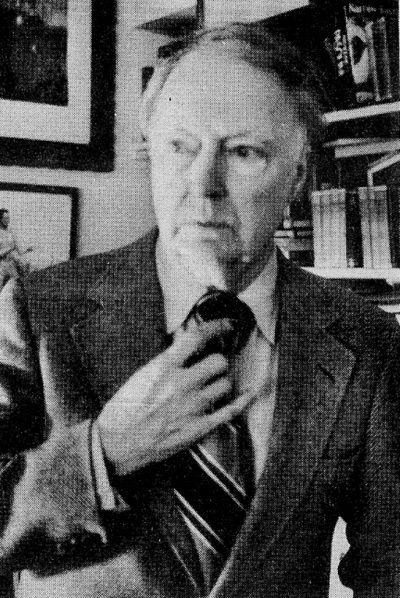 A songster by the name of Baby Bundy was accustomed to thrill his church and congregation every Sunday and Thursday in New York by singing anthems, solos, and old hymn tunes. Once in the midst of a long cadenza a Dragon Fly stole into his mouth, and was almost swallowed. Instead of giving forth his next note Baby Bundy exhaled to the congregation’s wonder the golden fly, who came sailing out straight ahead to freedom.

The Dragon Fly lived near the Lily Pond and had for companions midges, golden fish, frogs with blazing green on their coats, and a youthful Cannibal named Mud Toe. The Cannibal was very doleful because he knew no other cannibals and furthermore it was against the law at the Lily Pond to eat anything but vegetables. Sometimes the very thought of another vegetable made him scream so loudly the golden fish, the butterflies, and the frogs all fled in fear and trembling. The Dragon Fly, however, who had, after all, been swallowed in church by the Songster was not afraid, for he knew, even if the Cannibal swallowed him he’d soon give him up again. Nobody can enjoy a Dragon Fly in his stomach.

The Dragon Fly said, one day, “Cannibal, what is the matter with you, that you mope and scowl and droop?”

“The matter, Dragon Fly, is I know only fish and turtles, and I have to eat sea kale,” he complained, “when it’s people I long for.”

“But you’ve been living here with us in the Lily Pond for years now without eating anybody, and look at you: strong, bronzed, with an erect spine and clear eyes! What more do you want out of life, Mud Toe?” (Mud Toe was his adopted name.)

“On the other hand,” the Dragon Fly went on, “Baby Bundy, who lives on the other side of the Shore, has to sing in New York for a living (where he swallowed me by mistake), and rides in overage subway cars with people unwashed as midnight and cross as starving tigers. Yet he goes his way summer fall and winter and doesn’t give up.”

“Then I will visit Baby Bundy and see how he keeps he sweet disposition,” the Cannibal announced.

Mud Toe went on foot to Greenwich Village where Bundy lived. His appearance did not startle anybody too much except perhaps a traffic policeman. Yet all Mud Toe had on was a shark’s tooth or two, sensibly arranged over his torso.

When the Cannibal got to Bank Street, he stopped a boy with scowling blue eyes whom later he was to find out was a Thespian.

“Do you know the way to Baby Bundy, the Songster?” Mud Toe inquired.

“I do, but why should I tell you?” the Thespian scolded. “And besides, why don’t you wash your hair? It’s full of water lilies.”

“I am a retired cannibal,” Mud Toe explained (ignoring the personal remark), “not through age, but by law and regulation. I want to visit Baby Bundy to see how he keeps cheerful in the summer, when I am depressed summer, spring, winter and fall.”

“I have just come from Baby Bundy, matter of fact,” the Thespian volunteered. “And I think he would enjoy at least playing the piano for such as you. He never tires doing so, as far as I can see …”

“Thank you for the suggestion, Thespian,” Mud Toe replied, “but you still haven’t told me how to reach the Songster.”

“Go,” the Thespian commenced with his mouth tightly closed and his eyes blazing, “go to the big building that overlooks Suicide Docks, and before you get too close to the water, turn around three times and whistle. The wind will tell you which way to turn at that time.”

Mud Toe thanked the Thespian and went on his way.

Night was falling when he reached Suicide Docks, and there was no wind. The Cannibal sat down on the curb and began to cry. The people about him were so dirty and cross he had no desire to eat any of them. There was no air, the trucks gave out black curls of smoke, and several children were beating an old woman because she refused to buy them frozen fudge bars.

Mud Toe became very homesick for his pond, the Dragon Fly, and the Turtle (whom he had almost married during the cold winter of two years ago).

Just then he heard a piano, coming from above.

“Is that you, Bundy?” Mud Toe cried from the curb.

A window went up on Storey Two, and a brown-eyed young man eating two pieces of chocolate cake called down:

“It’s Mud Toe,” came the reply. “A cannibal forbidden to practise his calling. May I come up and see how you keep cheerful in the Good Old Summertime?”

“Mud Toe!” Bundy mused over the name. “Why haven’t I seen you mentioned in Remarkable People You May Have Missed, the celebrity calendar?”

“No way!” Mud Toe replied in the lingo he had heard near Suicide Docks. “I have lived practically all my life with the Dragon Fly and the Turtle, and a few golden fish at The Lily Pond.”

“Very well!” Baby Bundy consented. “If you don’t mind only a brief visit, well and good, for I’m due uptown in half an hour at the studio of the Slavic Queen for an accompanist session, so come up and I’ll tell you how I keep happy and cool in the summer.”

“I declare! You don’t care much for clothes, do you?” Baby B. exclaimed when Mud Toe entered his big studio with the 40-foot ceilings, and the five-acre rehearsal rooms. “I guess, though, your physique can stand airing.” The Songster went on looking at his visitor with careful scrutiny.

What can I fix you to drink?” Bundy inquired as the Cannibal continued on his part to gaze open-mouthed about him. “I have coconut glace, sarsparilla shake, and Hershey dream soda.”

“I’ll take the whole shebang, Baby B.,and while I’m drinking I’d like you to play me one of your Happy Hour Melodies people are always talking about.”

“I will make you a Hershey dream soda, as it’s all mixed and ready,” Baby B. proposed, and almost instantly proferred the Cannibal a king-size cup of frothy imported cocoa.

“Doesn’t surprise me, for prices have never been higher, Mud Toe, yet somehow I go on eating and sleeping in the Big Town.”

“You have lots of room, here, don’t you?” Mud Toe went on with his observations of the studio.

“Only enough though for myself,” Baby B. said nervously. “I’ve had my share of roomers and sleeping-companions. They just don’t pan out for an artist. I have a lot on my mind and I don’t need steady company. It’s worse than lonely!”

“Well, as it’s not getting any earlier out, shall we begin?” Baby Bundy proposed when Mud Toe made no rejoinder to his observations about living by himself. “Gather round the piano, why don’t you, and I’ll play a Happy Melody.”

Seating himself before his Grand Piano, the Songster closed his eyes tightly for a moment, then plunged both hands into resounding cheerful ear-splitting chords.

The Songster then played a number of his famous Happy Songs, one after the other in rapid fire.

What was the piano player’s astonishment, though, when he saw the Cannibal looking down on him from atop the 40-foot ceiling.

“What on earth, or rather how in heaven’s name did you get up there!” Baby B. vociferated.

“I rose automatically,” the Cannibal tried to explain. “Your songs are wings and have made me fly! I can never thank you enough!”

Baby B. now played a melancholy albeit still sweet melody, and the Cannibal slowly descended.

Kneeling at the feet of the Songster, Mud Toe cried, “How can I ever repay you for such happiness?”

As he spoke he kissed the pianist’s feet hungrily.

“Now, now,” the Songster admonished uneasily. “No need for excessive demonstrations, you know.”

Rising and bowing, the young Cannibal said, “May I ask you a favor?” But even as he was making his request, Mud Toe’s eyes caught sight of a ticking clock.

“Is that timepiece fast?” the visitor wondered. “Because it doesn’t jibe with my Dragon Fly-Turtle sun chart!”

“That clock is about 20 minutes fast, Mud Toe,” Baby B. admitted.

“I’m a ‘latey,’ you know, and so have to hurry all day because I have this natural inclination to come late.”

“To make a long matter short, Baby B.,” Mud Toe began after a great deal of bashfulness and hesitation, “you have made me feel entirely different about life. You have also cheered me up tremendously. I guess I can bear my lot now.”

Baby B. lowered his eyes in embarrassed pleasure.

“To go back to the favor I mentioned. Will you permit me to kiss you good and hard as a farewell gesture?” the Cannibal inquired. “Please,” he said as he saw his host hesitate. “Don’t start so. I gave up eating people long ago, though I am still a young man by the Lily Pond calendar. Only 14. Would you mind shaving off your mustache though, before I kiss you, Baby B.?”

“Why I certainly would, Mud Toe!” the Songster spoke with indignation. “My mustache is part of my stock-in-trade. I’m really quite annoyed you could ask such a favor.”

“Don’t be annoyed with me,” Mud Toe implored. “I’ll kiss you right through the hair.”

“Well get along with it then, why don’t you, because I’m due uptown in just a few more minutes.”

Baby B. closed his eyes, and Mud Toe bent down and kissed him once gently, then again and again, each time with more force.

“I believe that is enough,” Baby B. opened his eyes smartly and looked questioningly at Mud Toe.

“Just one more kiss for the road,” Mud Toe coaxed.

“Alright, but then stop.”

“Thank you, Baby B.,” Mud Toe responded, wiping his mouth dry and then kissing him again.

“I’m sorry!” Baby Bundy interrupted, and ushered the Cannibal to the door. “But you’ll have to go now. I have to vocalize a bit and spray my tonsils prior to my task as accompanist to the Slavic Queen … But thank you so much for coming, Mud Toe, and thank you also for your compliments! We all need them.”

“Just one more kiss, Baby B., at the threshold,” Mud Toe implored.

“Oh, stop it!” the Songster pretended to scold while allowing Mud Toe to take another kiss. “Now go back to your Pond!”

And Baby B. closed the door.

The Songster stood on the threshold for several minutes, thinking about his visitor.

It had been an unusual afternoon, no question about it, and to tell the truth nobody kisses quite so tenderly as a retired Cannibal. 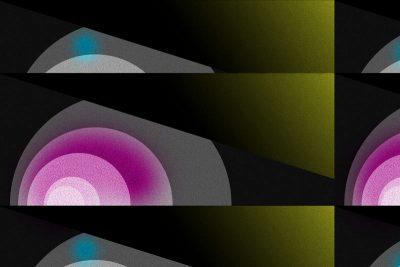 The Tears of Cortés by MJR Montoya

Montezuma II sacrificed a baby giraffe that was given to Hernán Cortés just before his conquest of the New World.