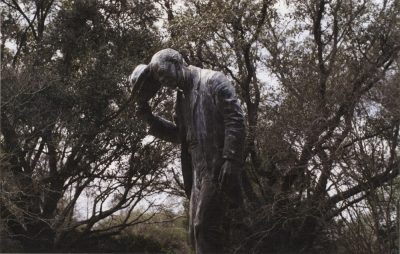 Jealousy and grief, my Pule, my ex-husband, my dead ex-husband, surrendered to one and then the other, a swinging pendulum, and I would watch … I think the very definition of jealousy should include grief—for there is no way someone is “joyfully jealous” or “wonderfully jealous,” because jealousy is such a black mirror that reflects the motion of desire without release, that internal sin being desiderium—the desire for what is sinful—I suspect, not gaudium. From this summit I began my adult life teaching at the same Catholic school I attended. Pule met me picking up his ten-year-old cousin from my class. He had stood there grinning. And there was the sound of wind pressing against the glass; when I think about it, what I took for the sound of wind was probably the blood coursing through my ears, I was so nervous. But with the third pregnancy Pule played my jealousy. “He’s got another colored woman set up. Just like you. Pretty little house. Pretty little babies. I know you think I’m lying but I can show you.” And it was almost the same clapboard house except that it was two stories. The same pebbly black tar roof and white paint, though. Pule arranged the visit; we entered without a key. The Doctor stored things there, too. Those old-fashioned console radios packed up in the living room and hallway. And magazines twined and piled up on the sofa. They were stacked upon the dresser in the bedroom, too, but there was also, atop a stack of Saturday Evening Post weeklies, a tinted photograph of a Negro child in a sailor suit.

And where there’d been a piece of dried hide in the bedroom corner of the other house stood a terracotta Chinese warrior that came to my waist. I gave it a shove and watched it break. It was then I decided to have the newest of the colored doctors unburden me. Supposedly the best and safest abortionist. Gossip had this one padding about claiming that he was the only true surgeon, black or white, in town. I’d first seen him parked in his car, just outside the moth-eaten park on the southwest side. I was sitting on a bench, pregnant with Merwin, nibbling some horrible mess of a pickled pig’s foot with a candy cane jammed in the trotter. I sat there watching our new doctor bake in his car. And I thought then—what kind of ambitious colored man would turn to these small-ass towns? He then got out and stood on the fender, craning his neck before suddenly getting back in and taking off. A minute or two later there was his car again, this time leading a slow procession down the road to the Lower Third, a parade consisting of some worn-out red pickup truck pulling a blue, narrow clapboard house, the blue color of ice in children’s books. A team of five or six men took turns trotting alongside, pressing their hands against it, as if their pressure held the house together. The house dipped but held up when it hit a pothole or rut, like some drunk tripping over her feet but dancing herself steady. I crossed the park to watch. It was one of those waspy days where there was enough breeze to nod branches and rattle blinds. That’s what I saw inside the house—rattling Venetian blinds. And there was a girl standing right beside the window. I have to say now, because this is memory, and it was a bright day, and I was not just a little nauseated by my pregnancy and that nasty, sticky concoction where I couldn’t even wipe my hands—but through the flicker and buck of the blinds, I was sure I saw a girl. It was when Pule brought me to the blue house out in the woods that I learned that the girl was, in fact, not a girl but some old crone with the biceps of a fireman. She had no place previously, and when this became hers she had gone on for the ride in her new house. She’d do the preparations for the doctor, packing poison gauze; he’d do the D & C at the Negro hospital. And afterward would be the first time in my life that I held a lit cigarette between my fingers.

That was actually the second time that jealousy—my jealousy—caught me. Pule had the first child outside our union. Understand, he claimed he still loved me at the time. And Pule wanted so much from me then, nuzzling my ear, holding his breath. At the time I felt more pain for him than anger. “O Gina, O Gina, O Gina!” he rocked as he sat with his back to me on our bed. At first I didn’t know why. “I want to take you out tonight. Let’s go to Tonk’s,” he said. He then told me mid-meal. Some barely-of-age tramp in heat that used to rub up on him. And she had begun to tell people that she was carrying his baby. “I wanted you to hear it from me first. No, I don’t love her. I want nothing to do with the bitch but yes, the child is mine.” He wept. And by the sixth month he was so in love with her I couldn’t reach him. He would retreat to his little room beside the garage and be melancholic, listlessly brushing the whisks across the drum skins because he fancied himself something of a drummer. Then this, too, passed. Soon after the birth of our first child, though, I found he had other spawn scattered about Putman and Alachua counties. Four or five bastards who should be highstepping atop his grave. Back then I tried to burn his encyclopedias. A to somewhere in B—Berkeley? Bréquigny?—popped up in an orange plume after I steeped it in kerosene. But I lost heart with the others.

Solon Timothy Woodward’s short fiction has been nominated for the Pushcart Prize. A practicing physician, he lives with his family in Jacksonville, Florida. His first novel, Cadillac Orpheus, was published in 2008. He is at work on his second novel, Viaticum, from which this excerpt was taken.

Excerpt from Netsuke: A Novel by Rikki Ducornet 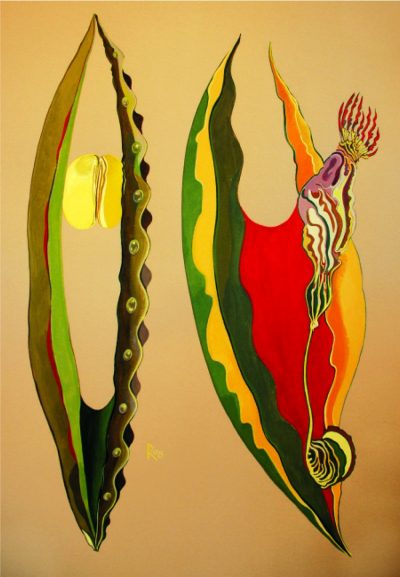 A psychoanalyst interacts with three people: his wife, Akiko, and two patients: Kat, whom he also calls The Cutter, and David Swancourt. He receives these patients in his new office, Spells.