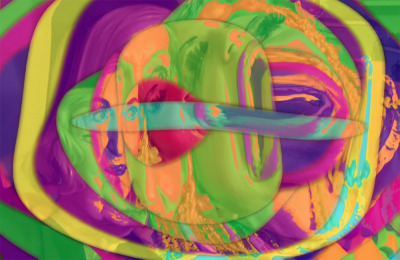 This is the first of a series of videos in my new piece Motherland, a lighthearted psychodrama about mommy issues and Hillary Clinton. Motherland’s story begins here, in three videos released in a serialized format by BOMB over the next few weeks, in a shadow narrative of the upcoming election. Then, after the results are in, we will film the epilogue to this tale of one ambitious mom and her Weimar millennials.

The narrative and characters developed here will exist IRL as well as on your laptop screen: Motherland will have a live production on December 3, 2016, in a world premiere at ISSUE Project Room. While that show will happen in the very same space as these videos, with the same characters, the story will be different and so will the world!

The other night I was describing this video to my friend Rich, a journalist, at a dinner party and I said, enthusiastically, “Think about it, how many times do you think Hillary has sat in a messy office thinking, ‘Fuck, man’ while drinking beer and listening to Drake?” And he responded, “I think you may have some pretty large misconceptions about Hillary Clinton.”

That may well be the case, but I still hope you’ll enjoy the show.

In this week’s episode of Motherland, Hillary (Cammisa Buerhaus) brings in an expert to try to get through to the Weimar Millennials. Analyst (Andrew Ragni) is a psychoanalyst to the political stars and their children. After her dark night of the soul tormented by a stalled percentage lead and the shrieks of the brats interrupting her Drake session, she turns to the last resort: family therapy. The question is: Can she ever get through to the youngsters of this generation, whose attitudes (and grasp on reality) she can’t begin to figure out (not that she’s really that interested)?

There’s Joel (Felix Bernstein), a self-declared aesthete with an overblown sense of his own historical perspective and a pretend gluten allergy, and there’s Gerte (Cecilia Corrigan), who vacillates between hallucinatory nostalgia for a time period she doesn’t understand and sexually hysterical mania. Neither one of them seems receptive to the Analyst’s intervention, despite his wide array of cutting-edge therapeutic techniques. The millennials won’t stop acting out for attention, because no matter how much Hillary listens to them, they won’t be satisfied until she shows some vulnerability. The only thing that eventually seems to calm them down a little is dance therapy.

Hillary is the only one the Analyst can convince to lie down on the couch and take the talking cure (neither of which actually exists). Hillary falls for the notion that the truth will set her free, and she ends up getting squished under the Analyst’s needy projections (turns out he’s just another big baby who wants her to listen to him complain!). Analyst stands in for the “liberal media” and left-leaning pundits, whose desire to get Hillary to “open up” is actually just an attempt to soften the withholding maternal figure. Whenever Hillary does open up, we start whining.

Warning: The following article contains spoilers from the Friday, October 27 episode of Motherland. If you have not watched the episode, don’t read on unless you want to be spoiled.

The episode opens with the Analyst closing out his hard day’s work of analyzing this dysfunctional family. Handing Hillary what is sure to be a hefty bill, he claims his work is done, despite the fact that the Weimar brats are still hysterically roughhousing in the darkness. Brushing off Hillary’s questions about the race (she thought she was hiring a political analyst), he asks her one last time if Gerte might be her press secretary. The candidate again denies the allegation, but follows the Analyst’s gaze to see Gerte transformed into an impressive levitating mystical being, rather than the hot mess we saw in episodes one and two.

Gerte then reveals herself to be not only Hillary’s press secretary, but the Goddess Artemis. The special effects are visually stunning and the atmosphere is mystical.

In what may be a hint at the show (and election)’s finale next month, Gerte-Artemis tells Hillary she has chosen her “among all mortals, to be my champion.” Using her apparent supernatural powers, Artemis tells Hillary that she will face many difficult battles in her quest for the presidential throne, and will meet a very scary man. The episode ends with Artemis commanding Hillary to go forth and fight in her name, and Hill obeys. She walks into the darkness, eyes seemingly on the prize.

Well, here we are. All fall I have been working on this performance and video series, Motherland. One of the ways I’ve been describing the project is as ”a lighthearted psychodrama about mommy issues and Hillary Clinton.” Then this last week I started describing it as “my bloody tear-stained valentine to Hillary Clinton.” It was always my intention to wait to shoot the final episode of the series until after the election, since the whole thing was meant to be a real-life news cycle fantasy. However, the ending I wrote is not the one I expected to write, or expected to live through.

In this episode, the gang we’ve come to know and love in episodes I through III have gathered for what they think will be a celebration of Hillary’s victory over the man with the little hands. They’re joined by glamorous supporters hailing from contemporary Brooklyn, 1992 Washington DC, and 1931 Berlin. The group kills time waiting for their champion and enjoys a Chinese food feast, one which they don’t realize will be a Last Supper. Despite the auspicious environment (and messianic table arrangement), everyone seems pretty blasé about Hillary’s inevitable victory, even Artemis, the goddess who chose Hillary as her champion, to do battle in her name against the forces of darkness. The seat they’ve reserved at the long table for the chosen one remains empty as the evening wears on, and the wine and lo mein flow. Bill plays sax. People discuss intersectionality and manicures. Then, the goddess gets a call that changes everything. Artemis realizes too late that she has underestimated the man with the little hands, and that this band of beautiful, champagne-socialist saints are not nearly as safe as they thought they were at their premature victory feast.

On December 3rd, at ISSUE Project Room, we will perform Motherland in an entirely new form, as an original play I’ve written in response to the events of the last four months.

I hope you’ll be able to join us. If you can’t but are free on the 2nd, be my guest at an open dress rehearsal. Tickets are free here, but we will be taking donations for Planned Parenthood at the door.

On December 3, 2016, Cecilia Corrigan will present the complete Motherland cycle at ISSUE Project Room. Tickets for the event are available here.

GERT is Cecilia Corrigan, ISSUE Project Room’s 2016 Artist-in-Residence. She is a poet and performer who has published three books: True Beige (Trafficker Press, 2012), Titanic (&NOW/Northwestern University Press, 2013), and Cream (2016, Capricious Press, illustrated by Jocelyn Spaar). She has performed at the Duplex, La Mama, Dixon Place, Swiss Institute, Artists Space, and The Kitchen, and her work has been featured in such publications as Interview, BOMB, The Observer, and Artforum. Her fiction and criticism have been published in Flash Art International, n+1, The Awl, Adult Magazine, and Joyland, among others. Corrigan will also be performing at ISSUE on September 13, 2016, as part of Erased Architectures, a collaboration between Corrigan, James Ilgenfritz, Elliott Sharp, and Steve Buscemi.

HILLARY CLINTON is Cammisa Buerhaus. Much like Madame Clinton, Buerhaus is an internationally touring actress and successful sound artist. Buerhaus noticed her similarities to Clinton about a year ago and has been developing her personae since. Hillary will appear again in Buerhaus’s film PRIVATE LIVES, this October 15th at the Knockdown Center in Queens, NYC, and post election at Hyle, in Athens, Greece.

JOEL is Felix Bernstein. A writer and artist, he is the author of Burn Book (Nighboat, 2016) and Notes on Post-Conceptual Poetry (Insert Blanc Press, 2015). His writing has been featured in the LA Review of Books, Poetry Magazine, Hyperallergic, and Texte Zur Kunst. With Gabe Rubin, he performed Bieber Bathos Elegy at the Whitney Museum of American Art, and Transition Incomplete at at MOCA Los Angeles. His book with philosopher Kyoo Lee on contemporary queer avant-gardes is forthcoming.

ANALYST is Andrew Ragni. A doctoral candidate in New York University’s Department of Comparative Literature, w he is writing a dissertation on European sex tourism in colonial Africa and South America at the turn of the century. He is also studying to become a psychoanalyst. His writing has appeared in Performa.

Motherland’s DP and EDITOR is YIYANG CAO, a video/installation artist. She received her BFA in Film/Animation/Video at Rhode Island School of Design. Studying the contradictions in waiting and entertainment, Cao attempts to provoke dimensional thought on our collective states of being. Her work has been exhibited in New York, Germany, Denmark, Austria, Netherlands, and France. 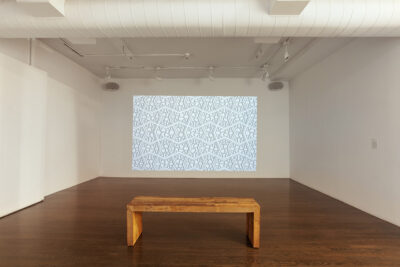