Missing In Action by Ann Powell 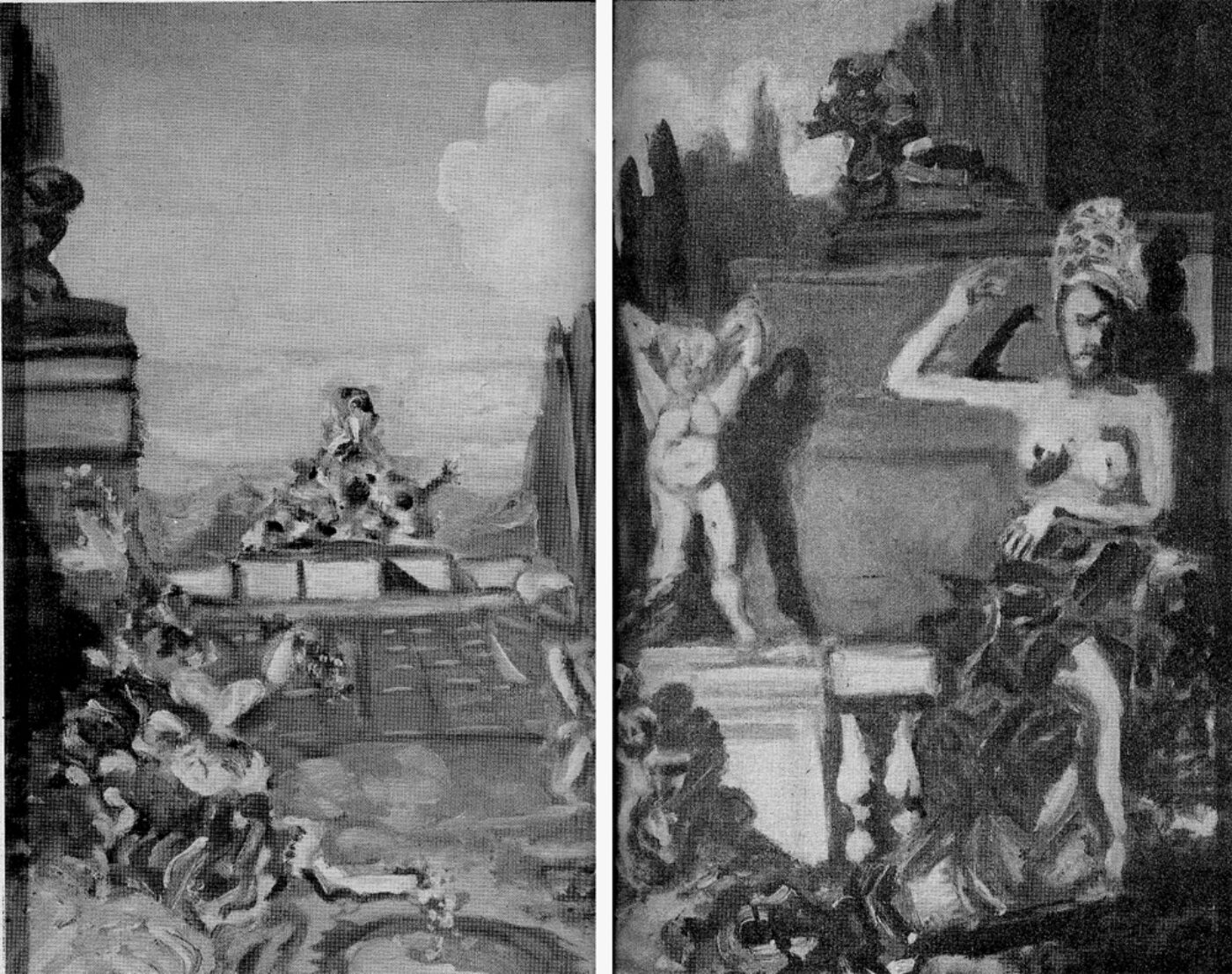 First I look out the window to check on the
weather it never changes so it’s hard to tell what’s going
on maybe nothing is years ago I hear the city was like a
garden orange blossoms eucalyptus birds of paradise palms.
I hear the air was so sweet it bruised into your brain like
nothing before or since like nothing you could put your
finger on. It was so sweet just thinking about it makes me
sick. A city filled with voices hushed into mongoloid dreams
made stupid just by breathing hard to believe isn’t it?
Alien invasions that rock the pages of the National Enquirer
that change the heart of things in out of the way places like
East Texas or northern somewhere in Canada places so timeless
they cry out for a challenge. Of course it’s no better now
now the air is marked with a faint ectoplasm no blossoms
and nothing moves only a line moves. Outside it’s like
being in a room with the windows all closed. The day will
come when I get used to it or maybe the day has gone.
A few years after I moved here something terrible made
my body shake like an earthquake. She’s worn out, my friends
said, she’s just tired of the weather. Oh, I was tired
alright a deeper fatigue but words cannot describe it being
real and not a part of the imagination. Long distance calls
to New York and to Phil. I imagined the worst I am the lost
I’m dead tired and every time my body was seized with a violence
that made the bed vibrate and the floor under the bed
shutter it was like some ancient sacrifice oh god my brain shudder
my teeth ache am I just worn out am I just tired of the
weather and Phil would explain how weather keeps all things
alive and we hunger for the fires of cold and heat
because that is what hell is
and we weep for a certain light
because therein lies heaven
only it’s different for another than it is for me
and a parched landscape can lead to a trail of love
in much the same way
as an image of flesh can disguise a famine
and so it appears that I made a mistake
the air I breathe is not the air that guards me in my sleep
the air I breathe is not the air for me

I remember that first year in LA Rosie was
reading Dr. Zhivago on Christmas Eve while two men downstairs
beat each other with chains it was still and hot the chains
made a lot of noise and I remember thinking their pleasure was terrible
and how can pleasure be so idiosyncratic
anyway it was warm even for LA they said so on television
in January the rains started the windows leaked streams of
water into the room simulating sea water I got seasick
water stained the curtains yellow diluted the dirty blue
in the pool outside and down the stairs it was a horrible
place even in the rain but more so in the sun I make myself
remember the wild tears and a faint terror wraps me up and
rocks my body ever so slightly there was an earthquake that
winter I don’t remember the weather that day but there’s
a story that goes on the day before an earthquake the air
will get so smooth you can slip from place to place without
lifting a finger movement as telepathic the story goes
in my memory I’ve never experienced such a thing so I’m
the wrong person to reveal the possible truth but I don’t
look forward to it don’t forget it means the universe
out of God’s control and my body splintered like so many
atoms oh my poor earth I don’t mind the winds so much
being blown to the blackest edges has always been a secret desire.

Words fail me. What I’m after is a language
what I mean is a feeling but not precisely. I used to talk
about poetry all the time but now I talk about movies.
You see I’m developing a way with narrative. I can tell
a story explain a miracle with something of the mundane
arrange the order of a day’s events into something
resembling a flat white page abcdefghijklmnopqrstuvwxyz
day and night interior exterior time forward running time
set back. Time stands still does not apply only in eternity.
We are born knowing that.

A common sentence is a story. A man fights
with his wife. He wants a divorce. She’s not interested.
He leaves the house in a fury goes to a red bar blindly
picks up the first woman he sees invites her to dinner
and a fuck. They agree not to exchange names. They talk
of nothing personal. The weather is too. Politics in South
America is not. She wears an orange hat outrageous but
beautiful on her. At dinner everyone notices the hat. In
bed she takes off the hat and weirdly her face disappears,
he notices. They wind up the night back at the red bar
have another drink say goodbye. The sky outside is a black
thing, he notices. The man goes home. His wife’s been
murdered. The woman in the orange hat vanishes. No one
remembers seeing her. The man is arrested and tried for
murder. This is a story. The facts of it do not touch
the brain but jinx us back into reality.

into a dream of sex with no one in particular. This is not a story. 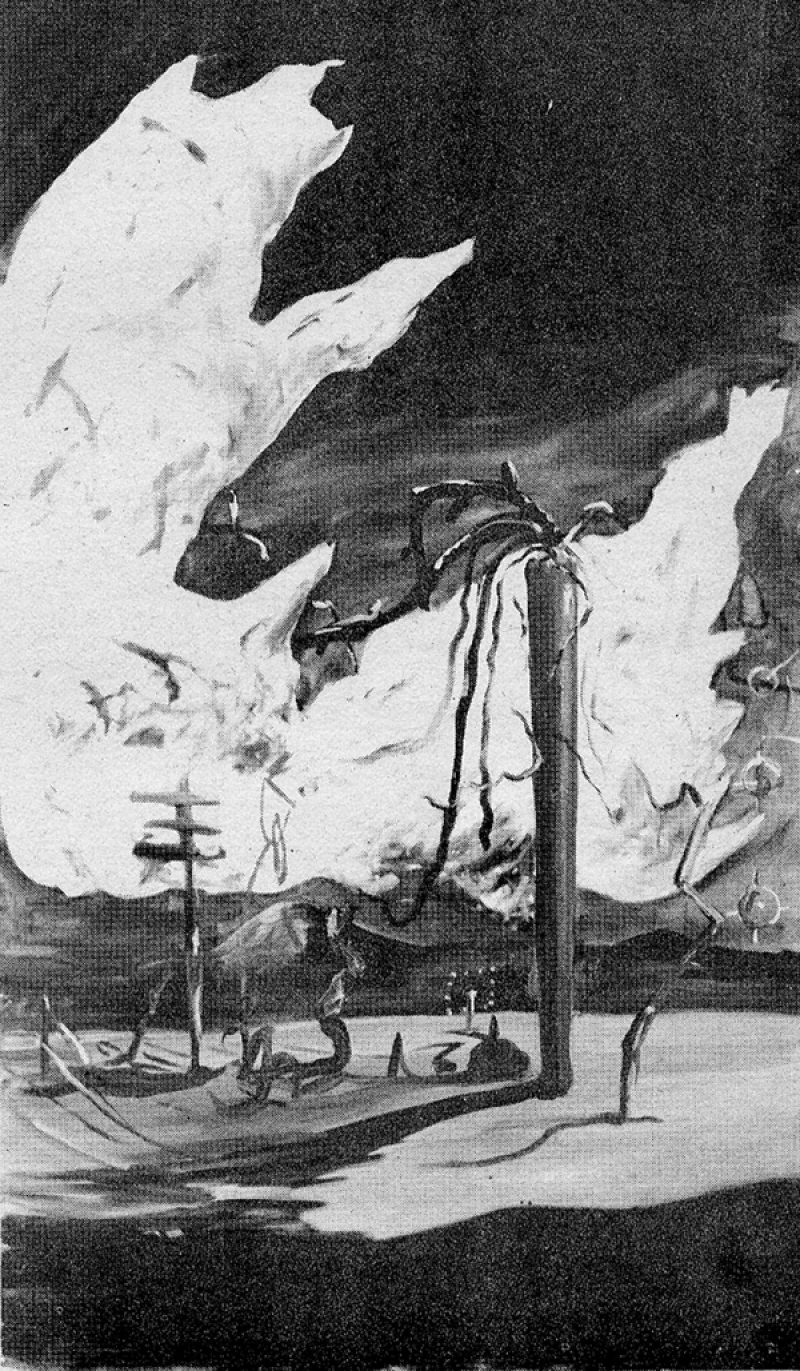