Miguel León-Portilla teamed up with Earl Shorris to assemble this magnum opus of Mesoamerican literature, and in this task they achieve nothing less than the human and divine. In the Language of Kings; Mesoamerican Literature—Pre-Colombian to the Present is a comprehensive anthology of indigenous literature from Mexico and Central America, a collection that reads like a historical novel with political nuances, capturing an epoch of grace. Although no one person claims credit for the translations collected in this anthology, it is clearly a solemn collaboration between writers and translators who understand equally the most secret voices of the Other, and listen attentively to the humming heart and soul of a people. From Tezozomoctli Ascends to the Throne, Book I: Nahua Literature, Metaphysical Poems: “Now the rabbit, the lord of the house of the dead / the lord of Ahcolmiztlan / here alone in the night lies our honorable grandmother / she Cuetzpaltzin / the white coyote in totomihuacan, tlaxcala / the Lord Coatzin, Tlalotzing—only flowers came to know war.”

In the Language of Kings reunites the finest literary works of Mesoamencan culture, from the glyphic writings of the Mayans through the epic and the narrative of the primordial gods, to events in modern Chiapas. León-Portilla and Shorris give us vivid examples, such as the book council of the Maya Quitchc, the Popol Vuh, and various codices, the sum effect of which is the evocation of one wholly formed Mesoamerican ethos. Although the anthology is a reduced selection in contrast to the complete works, and one which seems to give emphasis to the Nahua/Mexican experience, In the Language of Kings offers a comprehensive collection of the best pre-Hispanic works through the time of first outside contacts, and the inclusion of contemporary voices, such as Humberto Ak’abal, offers a compelling counterpoint. Pithy historical narratives describe events surrounding this literature, giving us visceral accounts of ritual, war, and the Spanish Conquest.

A wonderful glossary of names, terms, and concepts completes this literary compendium—words such as macehualint: “human beings,” and pipilin: “those of lineage or nobility”—assisting us to make connections between these ancient works and our contemporary society—and in particular, the large immigrant populations of Mexican and Central Americans in the United States. Pipiles, or Salvadorans—whether from noble lineage or common lineage—are all essentially macehualtin: “deserving of the gods’ penance.”

In the Language of Kings will be published by W.W. Norton in July. 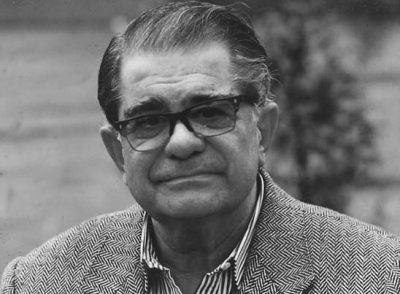 Miguel León-Portilla is a man smiled upon by the gods, or the muses—Clio, in particular.