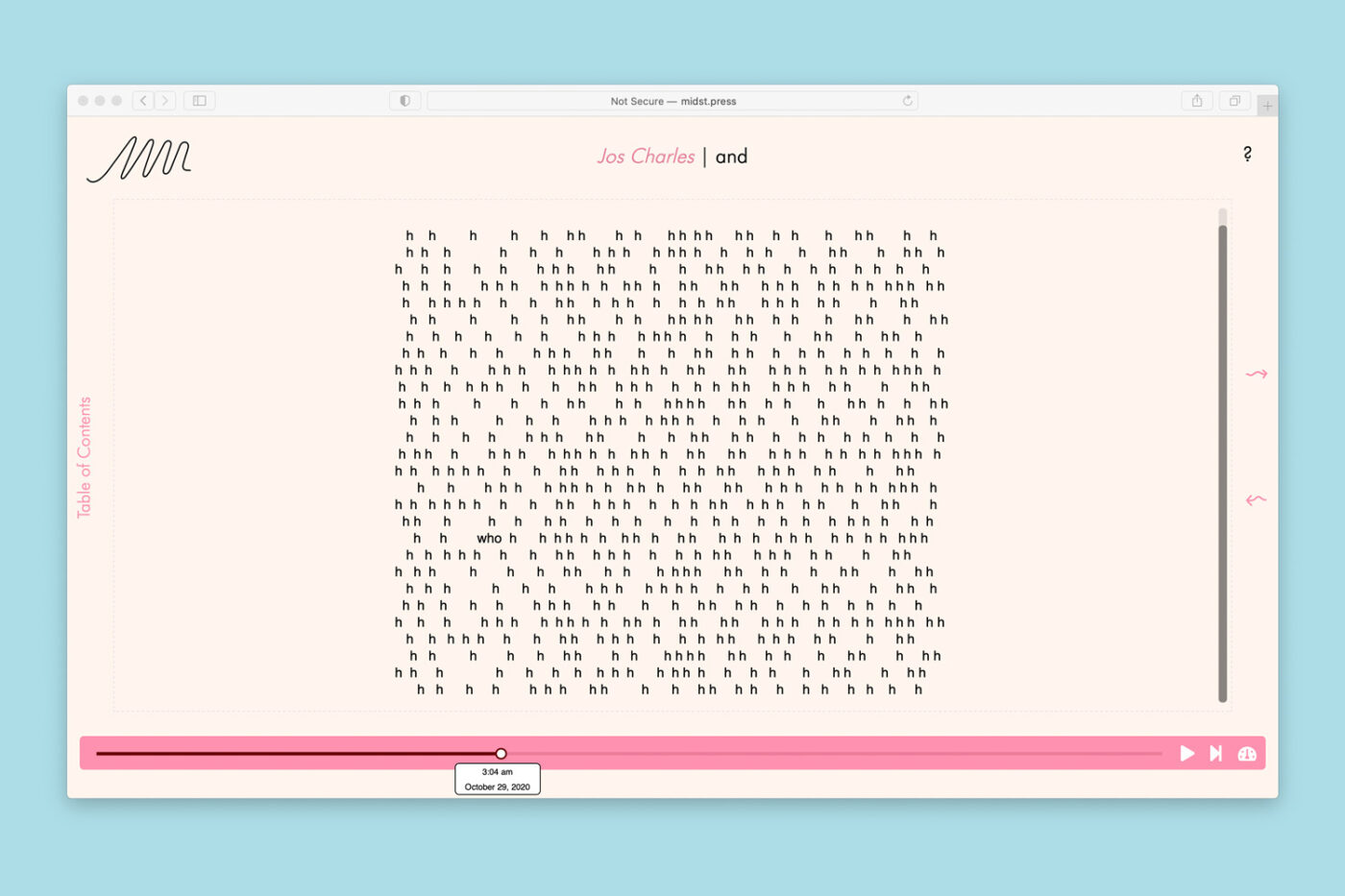 Midst, a new journal and word processing software spearheaded by poet Annelyse Gelman, uses technology to promote time away from social media’s endless scrolling, liking, and sharing. Instead, Midst tracks how poetry is written—its trials and errors—with interactive timelapses. The publication’s tenets are manifesto-like: “Poems are events. Poems are for everyone.”

A broad range of poems and processes are included in Midst’s first issue, which was released in February 2021. Most of the poems were written as first drafts on the Midst word processor, and, per the dates tracked by the timelapses, finished for the purposes of publication after a few days of work. Many poets began writing their poems in prose form, then added line breaks. The animations that resulted chart the rough growth of so-called “poeminess” over time. The issue also features prose poems written without revision, like Eleanor Eli Moss’s “The Hammer,” as well as other poems that are heavily, actively edited. Witnessing the variations that a single poem can experience over time, in addition to the diversity of the published forms and voices, reveals how playful and expansive poetry can be. It makes me want to write. In the process notes that accompany each poem, some poets discuss what they’d like to try with their poems in the future.

But Midst doesn’t simply make the writing process transparent. Like all technologies, it also shapes the text itself, a “central thesis” of the project. In particular, the candid process blurs the boundaries of in-betweenness and completion. For Gelman, completion is “a kind of arbitrary point in the immortal life-cycle of a poem, like taking a single snapshot of a leaping ballerina and saying, This is the dance.”

manuel abreu arturo’s “ablation” appears to develop toward completion over the course of another timelapse. In its last stages, arturo numbers the stanzas in a nonconsecutive order, skipping from 6 to 17 to 8. The ultimate poem appears incomplete, as though it’s missing stanzas. But as readers, we’ve also experienced the intentionality behind this choice. Together with Midst’s credo that “poetry is a process,” the supposedly “missing” and reassembled parts of “ablation” prompt a reconsideration of what it means for a work to be complete or finished, and whether these ideas are meaningful. Per arturo, “ablation” is part of a larger project about “how much ‘undead’ theological content actually pervades our secular world and concepts.” Like the versions of a poem, life and afterlife are continuous stages of a single process.

Rosebud Ben-Oni’s “Poet Wrestling with the Dead Stars We Are {:: made from ::}” similarly intertwines questions of finality with those of death. The poem was first titled “Poet Wrestling with the Universe Expanding as a Single Point,” concerned more with creation than death. In its early phases, the poem expands like the Big Bang from a compact block of text to something like the cosmos, exploding across the page with line breaks and spacing. But its ultimate form is more balanced between long and short lines, and couplets and single-line stanzas, reflecting the poem’s ambivalence about unidirectional progress. Ben-Oni’s subject-less gerunds foreground the experimentation that takes place between beginnings and endings:

Besides highlighting themes that challenge completion and finality, the timelapse format also enables poems to become performances. Aja Moore’s “TGIF” begins and ends as just a few lines that invite readers to pay attention to the poem as a video: “i watch time lapse videos of strawberries / forming. leaves churn sunlight into red / juice.” In between these points, her poem develops and discards confessions like a plant’s leaves over the seasons.

Jos Charles’s “and” also asks to be consumed as a video, its “initial” and “final” forms reading just, “(Hit play.)” When you click, isolated phrases, words, and letters dance across the screen. In her process notes, Charles explains that she chose a performative route because she found the software “‘surveillancey’ like showing up to therapy only to have your mom be your therapist.” Poets publishing a Midst timelapse must make their drafting process public. Whether or not it drives poets toward abstraction, this hypervisibility often shapes the final poem.

Early versions of Madeleine Mori’s “After Watching Westworld, the Left Side of My Body Malfunctions” condemn the father’s infidelity, but the final version opts instead for a humble confession of ignorance: “My mother, my father—what do I know about my makers?” During the process, Mori “paused in a classic poet’s ethical quandary, whether the details of [her] reality and indicting certain real people is always necessary to include in the fictionalizing of one’s life.” She says, “I may have only been able to write this poem in Midst’s unique software,” since it made her “more aware of the choices” she was making. The poem challenges narratives fixed by both the speaker herself, and whitewashed history: “why are our folk heroes still mostly white, / the ego-drunk ramblers, unmeasured, terrible mothers?”; “it’s time to reprogram / my narrative.” Charles and Mori’s works emphasize how Midst’s extreme transparency can drive poems in multiple directions: toward the impersonal or the abstract and self-interrogating.

Gelman, the creator of the platform, is not concerned with “surveillance chill,” “observer effects,” or the overall “conceptual fuzziness” of whether Midst “captur[es] a pre-existing process, or creat[es] a new one.” After all, “every aspect of a writing technology actively shapes what gets written.” Accordingly, Midst promotes access not only to individual poets’ writing processes—encouraging readers to write through inspiration, a sort of instruction by example—but also shows the life of writing beyond the isolated activity. “Poems are for everyone”: the writer, the reader, and other components of their contexts. Whether Midst is used to track and exhibit the process of poems that would have been written otherwise, or to explore themes and forms specific to the software, it reminds us to read poetry alongside the trial-and-error efforts, technologies, and audiences that constantly shape it over the course of what Gelman calls, its “immortal life-cycle.”

Julie Chen is a writer and musician. Her poetry and prose is forthcoming/published in The Margins, Hobart, X-R-A-Y and elsewhere. She lives in Brooklyn. 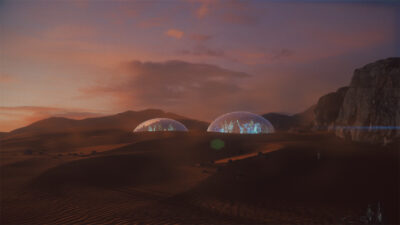 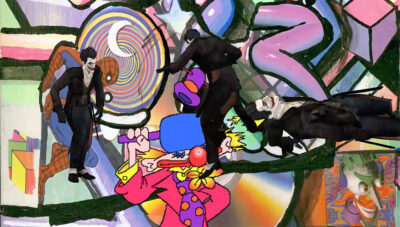 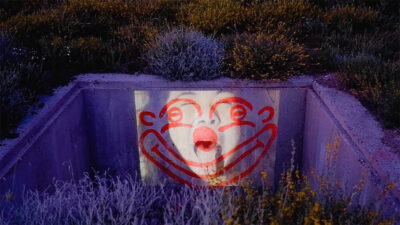