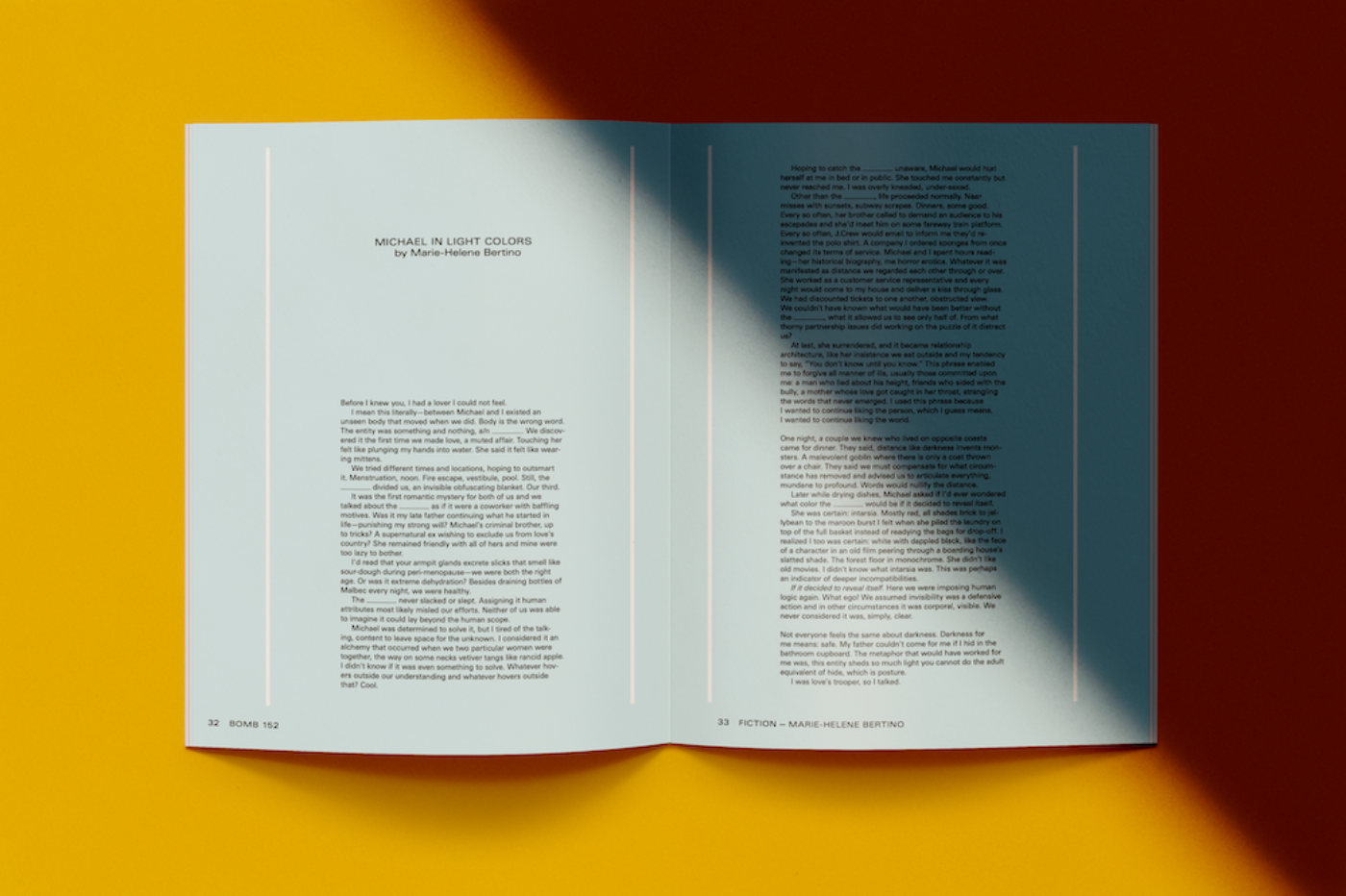 Before I knew you, I had a lover I could not feel.

I mean this literally—between Michael and I existed an unseen body that moved when we did. Body is the wrong word. The entity was something and nothing, a/n ________. We discovered it the first time we made love, a muted affair. Touching her felt like plunging my hands into water. She said it felt like wearing mittens.

We tried different times and locations, hoping to outsmart it. Menstruation, noon. Fire escape, vestibule, pool. Still, the ________ divided us, an invisible obfuscating blanket. Our third.

It was the first romantic mystery for both of us and we talked about the ________ as if it were a coworker with baffling motives. Was it my late father continuing what he started in life—punishing my strong will? Michael’s criminal brother, up to tricks? A supernatural ex wishing to exclude us from love’s country? She remained friendly with all of hers and mine were too lazy to bother.

I’d read that your armpit glands excrete slicks that smell like sour-dough during peri-menopause—we were both the right age. Or was it extreme dehydration? Besides draining bottles of Malbec every night, we were healthy.

The ________ never slacked or slept. Assigning it human attributes most likely misled our efforts. Neither of us was able to imagine it could lay beyond the human scope.

Michael was determined to solve it, but I tired of the talking, content to leave space for the unknown. I considered it an alchemy that occurred when we two particular women were together, the way on some necks vetiver tangs like rancid apple. I didn’t know if it was even something to solve. Whatever hovers outside our understanding and whatever hovers outside that? Cool.

Hoping to catch the ________ unaware, Michael would hurl herself at me in bed or in public. She touched me constantly but never reached me. I was overly kneaded, under-sexed.

Other than the ________, life proceeded normally. Near misses with sunsets, subway scrapes. Dinners, some good. Every so often, her brother called to demand an audience to his escapades and she’d meet him on some faraway train platform. Every so often, J.Crew would email to inform me they’d re-invented the polo shirt. A company I ordered sponges from once changed its terms of service. Michael and I spent hours reading—her historical biography, me horror erotica. Whatever it was manifested as distance we regarded each other through or over. She worked as a customer service representative and every night would come to my house and deliver a kiss through glass. We had discounted tickets to one another, obstructed view. We couldn’t have known what would have been better without the ________, what it allowed us to see only half of. From what thorny partnership issues did working on the puzzle of it distract us?

At last, she surrendered, and it became relationship architecture, like her insistence we eat outside and my tendency to say, “You don’t know until you know.” This phrase enabled me to forgive all manner of ills, usually those committed upon me: a man who lied about his height, friends who sided with the bully, a mother whose love got caught in her throat, strangling the words that never emerged. I used this phrase because I wanted to continue liking the person, which I guess means, I wanted to continue liking the world.

One night, a couple we knew who lived on opposite coasts came for dinner. They said, distance like darkness invents monsters. A malevolent goblin where there is only a coat thrown over a chair. They said we must compensate for what circumstance has removed and advised us to articulate everything, mundane to profound. Words would nullify the distance.

Later while drying dishes, Michael asked if I’d ever wondered what color the ________ would be if it decided to reveal itself.

She was certain: intarsia. Mostly red, all shades brick to jellybean to the maroon burst I felt when she piled the laundry on top of the full basket instead of readying the bags for drop-off. I realized I too was certain: white with dappled black, like the face of a character in an old film peering through a boarding house’s slatted shade. The forest floor in monochrome. She didn’t like old movies. I didn’t know what intarsia was. This was perhaps an indicator of deeper incompatibilities.

If it decided to reveal itself. Here we were imposing human logic again. What ego! We assumed invisibility was a defensive action and in other circumstances it was corporal, visible. We never considered it was, simply, clear.

Not everyone feels the same about darkness. Darkness for me means: safe. My father couldn’t come for me if I hid in the bathroom cupboard. The metaphor that would have worked for me was, this entity sheds so much light you cannot do the adult equivalent of hide, which is posture.

I was love’s trooper, so I talked.

I said, “I’m sliding my hand up your hot thigh, between your legs where you’re so, so wet.”

She said, “I’m feeling the results of your yoga practice! You’ve really been putting in effort!”

That’s when I discovered she was bad with words.

“I feel a trapdoor in the skin underneath my fingertips. If I press down, I’ll access where you carry pain.”

We continued our efforts to apprehend each other through all but one of the senses. I articulated every possible sensation. She stated what was literally happening. No matter how we tried to gain linguistic purchase, we were still wearing oven mitts.

Finally, we visited the neighborhood occult shop to inquire about our condition. They employed a cunning woman who specialized in romantic woes. This was New York, so she was booked. During the week we had to wait, I felt sheepish around the ________, knowing we were about to eradicate it. If my desires had cooled, Michael’s had tripled. She said after it left she was going to dig her hands into me for hours. She chomped the heads off carrots, took howling hot baths.

Our meeting with the cunning woman the following week was professional, a mole removal procedure with more candles.

Michael described our situation with holy, quaking eyes.
“A river divides us,” she said. “A thick pane of glass.”

The cunning woman dismissed our dramatics with a shrug. “Some people have shadows.” Inside a chalk circle, she addressed us and the . She warned that its departure would be uneventful, like mist clearing. But there was a rent in the air, a sudden upheaval in energy, and a sorrowful sound. Goodbye?

Hearing the ________’s pain, as you no doubt already guessed, I empathized, as I do with any lone thing forced outside humanity’s confidences. I’ve never had to explain this, or any, part of my nature to you, who lived outside for so long.

As it was, Michael and I regarded each other for the first time with clear access, her expression akin to a starving hunter prepping to disembowel a hare.

At home, we put everything we had into the other. When she came, tears basted her face.

Intarsia is a woodworking technique where various pieces of wood are fitted together to create an object or design. You can look things like that up. What the definition is for me you have to be born knowing.

I didn’t tell Michael I consider touch to be the cheapest sense. I who have been kicked unconscious, slapped, yanked across a room by my hair. Who’ve made what I thought was love with people who touched then left me with equal commitment, who never showed compassion through anything other than their fingertips.

Conversely, even though my vision has always been poor, my eyes have rarely betrayed me. When something smells wrong, it is. My hearing has been most loyal. Never anything anyone can hide in their voice. The sound of lying is an icicle hidden inside toweled air. The sound of wonder, release of pressure from a car jack.

Did you know that when a meteor passes Earth, it sizzles like bacon frying? That’s how you sound to me.

In the final weeks, bronze arrived in Michael’s tone as concrete built in mine.

Of course, you know before you know.

We broke up at a culturally inappropriate gaucho café during the first storm of the summer. The final conversation was gentle. We were laminated in rain.

I had already bought the ticket for the trip that would bring me to your town, the street where you work, the restaurant where you liked to read on Sundays (until that point, alone), and where I first saw you through what felt like the opposite of glass. Dark skin, dark hair, dark eyes. You gave the candle I was born with something to do. Royal, flawed, and unforgiving. The facets in the gem finally turned in light’s direction, and I flashed.

You are far away from me tonight yet hang in me like clothes on a line.

That night, I left the café, grateful and alone, and stepped outside where, to my dismay, it was no longer raining. Michael was already in sparkling conversation with the bartender, which made me glad. I saw her for a moment as he might, a beautiful woman in light colors, with nothing between her and the raging world.

Marie-Helene Bertino’s third book, Parakeet, is out from Farrar, Straus and Giroux this June. 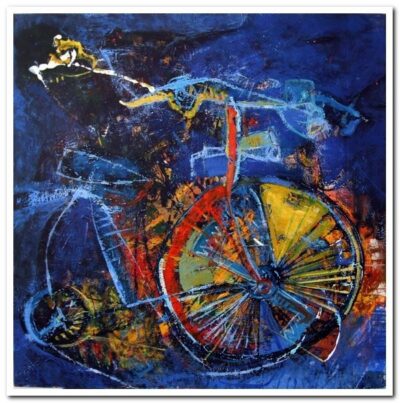 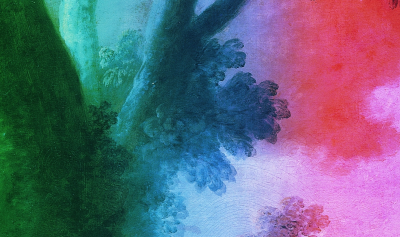 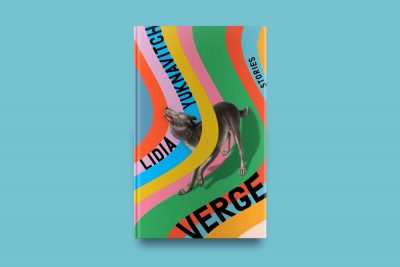 Goddamn it to motherfucking hell, she says. I think that ought to cover it, he says. He asks her why she feels the need to swear so much, so deliberately, what depends on it, why it’s so important to her. Why, after so long, she hasn’t grown tired. Worn out in the mouth.