On mystifying moments big and small.

Oct 3, 2019
Facebook Twitter Email
The spirit and the damage done: On Bruce Nauman’s 100 Live and Die by Paul Chan 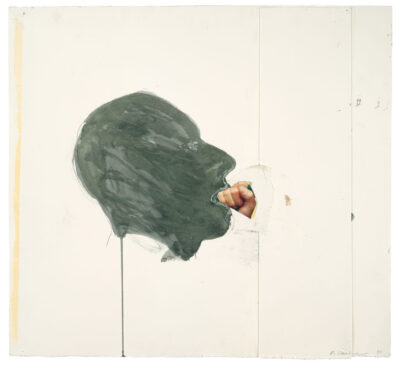 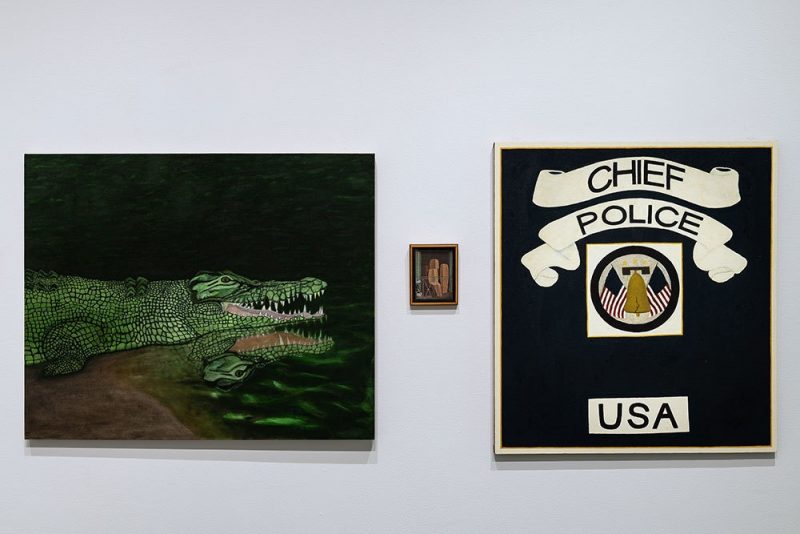 Leidy Churchman has been painting the world as he sees it, accumulating a catalog of things, people, places, events, and ideas of astonishing range, from zoo animals and mythological creatures to book covers and branded credit cards. He is as likely to be inspired by the modernist canon as he is by a string of words or a stray ad on the internet, and he filters these inspirations through his canny gaze and commitment to Buddhist philosophy. What emerges from these two purviews is a style defined by clarity and grace, an even-handedness that extends to the way our conversation developed over the course of several weeks during which we covered the surprises that come with paying attention, painting with and for your friends, and the importance of complete and total freedom. Like Churchman’s paintings, our correspondence was grounded in the tangible, real things that surround us, but also extended into the singularly enchanting musings of an artist in tune with a larger, metaphysical universe.

Tausif Noor Let’s start with Don’t Try to Be the Fastest (Runway Bardo) (2019), a site-specific floor painting you created for your exhibition Crocodile at the Hessel Museum of Art at Bard College. Was the process of making this piece different from other floor paintings you’ve done? It pairs beautifully with your video work and a new painting, Disappearing Acts (2019), which is of Bruce Nauman’s 2015/16 video Contrapposto Studies. There’s a kinetic quality that unites these works, even if they are technically different mediums.

Leidy Churchman This floor painting was different than others I’ve made. I think previous ones have been more related to video, gravity, and objects mixed into painting. This one is about the pictures’ signage and positioning as they seem to drift and transform along the runway. The Nauman painting brings a kind of highly fractured momentum. I like how they work together: in both pieces, there is a sense of forward motion but also a kind of pause within a heightened and groundless atmosphere.

TN In the exhibition catalog, curator Lauren Cornell refers to you as a “sign-painter—someone who crafts literal messages, often copied directly from the world.” You’ve suggested that paintings are similar to signs in that they can open up and be available to the viewer through multiple points of entry. I’m wondering if this “openness” of painting is something that you’ve come to as you’ve progressed in your career, or if this is how you’ve always approached painting.

LC I think it is possible for my paintings and my artwork in general to go in any direction. The way I am able to get into my work and feel motivated to try painting again and again is by letting things go and moving into the larger notion of complete and total freedom. When I begin, all possibilities are on the table: there is nothing I should be doing. I think this “openness” is not just about variety; it is about working with things as I see and feel them, and I was going to say demystifying, but maybe also mystifying, that is, the way we look and think our way into things, into our moments, from the big spaces and thoughts of and in our collective mind to the small voice in our stomachs that once in a while we acknowledge. 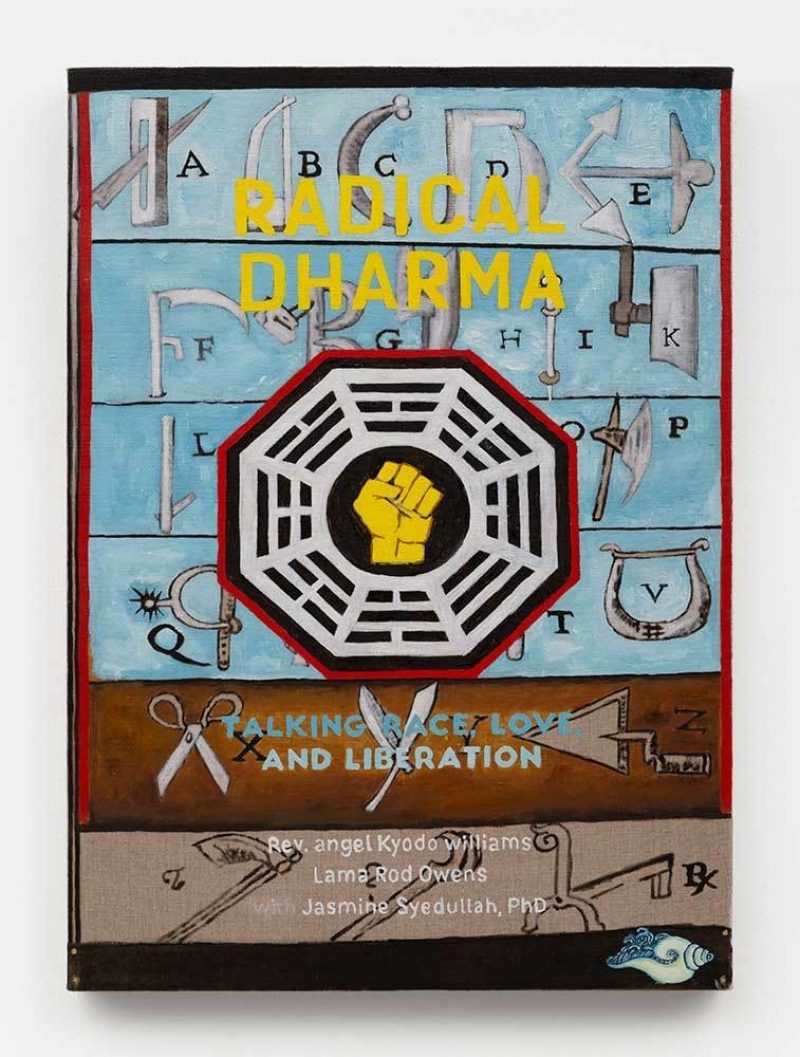 TNPart of what motivates that question is thinking through the boundaries between the world and the self in your work, and what being present in the world might look like. I’m thinking of Is the Universe a Simulation, Moderated by Neil deGrasse Tyson (2017), a painting of the 2016 Isaac Asimov Memorial Debate. More accurately, it’s a painting of a video of that debate, as indicated by the little volume bar you’ve painted at the top. Someone is there, watching and being present—in one sense—for the event that’s happening.

LC Something funny I remembered recently was that in 2016 when I painted Barbara Kruger’s piece that says “Seeing Through You” I was on some website and a small advertisement came up telling me that this work was available at auction that day. There are no particular requirements I have, but in this case the work was so stunning and fit nicely with the other paintings I was working on. Plus, it was having a live moment.

TN Being present in a metaphysical sense is also something that runs through your practice. We see it in a title that’s cited from the Buddhist meditation master Chögyam Trungpa Rinpoche, Knowledge Must Be Burned, Hammered and Beaten Like Pure Gold (2018), or in the painting The Teachers (2018) for which you’ve reconfigured the cover of the book Radical Dharma: Talking Race, Love, and Liberation (2016). Simone Weil thought of attention as a form of prayer. I’m wondering how your attentiveness to the quotidian bits of contemporary life might constitute something similar. 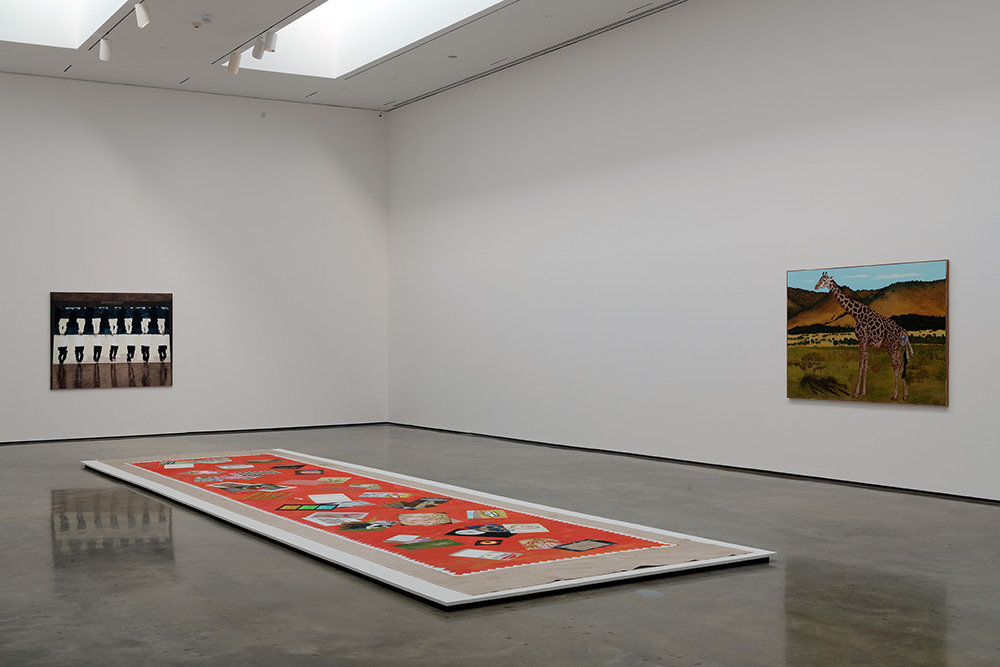 LC I think that might be true. I love the surprise element that comes from giving attention. There is always more to be seen. In some moments, with some things, I feel that they could become a painting, but not for the purpose of transcribing those things. The surprise comes from the thing, or idea, merging with painting. The painting ultimately takes over. It is more powerful than the information.

TN What if an observation or an idea that might become a painting doesn’t become one? Do you ever become obsessed or attached to those ideas? I tend to think of Buddhist philosophy as one that rejects attachment to the material world, but I wonder about the world of ideas.

LC It is definitely okay if something does not become a painting! There is always another painting. The painting is the thing that happens, not the idea. But ideas can leave and return again. Just as you look back, it’s there. 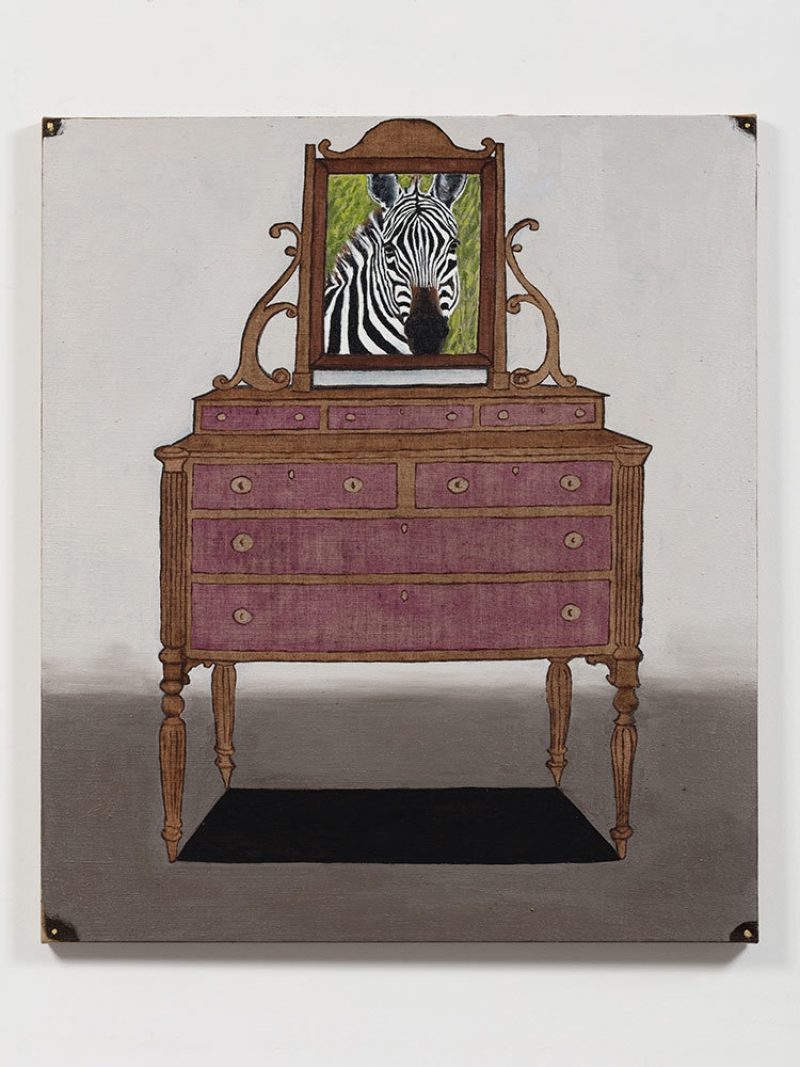 TN Your paintings take stock of the world’s ephemera, but you also make references to a smaller network of artists and art history, like in your Marsden Hartley paintings or a painting after a photograph by Emily Roysdon, who is now known as Every Ocean Hughes. Making art can often seem like a solitary, lonely activity; but your paintings embrace artmaking as a social activity.

LC When you are on your own—solitary—those are the times when you can get such a sense of how much the world is within you. The biggest things you can imagine comingle in your mind and your open heart. I love concentrating on other artworks because of that intimacy. And the longing. I love the longing. The Piers Untitled by Emily Roysdon (2016) came about as a painting from looking at a mix of photographs that Every Ocean Hughes took of the old Christopher Street Piers. This is a landmark in the queer community, a place to which in the past people could escape to be themselves, together. Maybe I would paint it sometime, but this particular painting is about Every. This painting is because Every went there in a boat to take pictures on what turned out to be a wildly rainy day. And I love that, and I feel that very much.

Leidy Churchman: Crocodile is on view at the Hessel Museum of Art in Annandale-on-Hudson, NY, until October 13.

Tausif Noor is a writer and contributing editor at Momus.

The spirit and the damage done: On Bruce Nauman’s 100 Live and Die by Paul Chan