The technology of light. 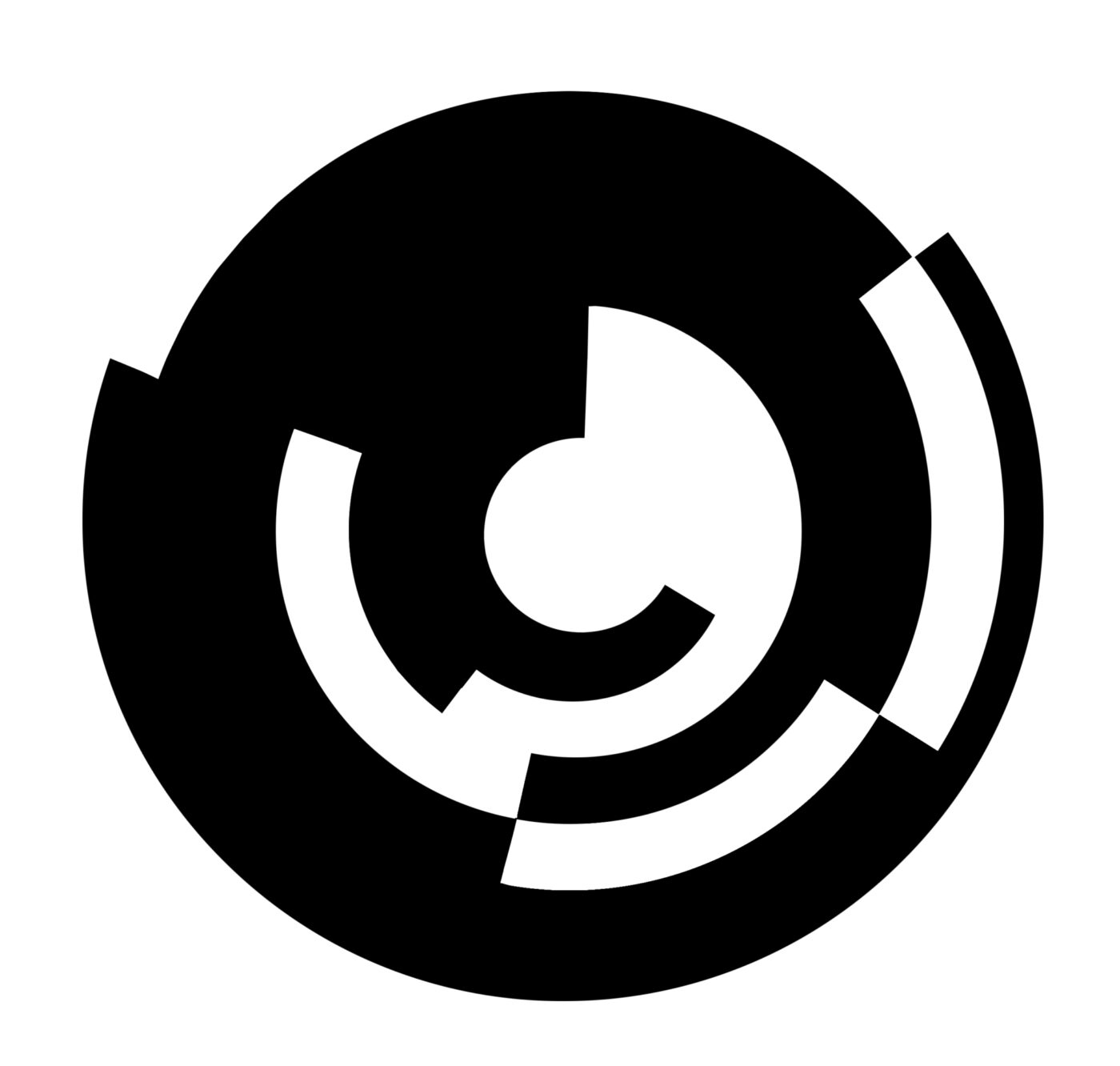 A graphic representation of the clockwork that drives The Vision Machine, developed by Henry Choi and Ravi Panse.

Sun dogs, or phantom suns, appear when sunlight moves through ice crystals in high-altitude cirrus clouds or low-lying air currents (known as diamond dust) and refracts horizontally to create a halo of light around the sun. Inspired by sun dogs, Melvin Moti’s The Vision Machineis a moving image installation that will operate with the same mechanical system for a period of fifty years, positioning the poetics of light refraction against the policies of planned obsolescence. The Vision Machine is a projector that creates images of refracted light through the paired down vocabulary of a light source, lens, and several rotating prisms. The piece was partially inspired by Riccardo Manzotti’s “the spread mind,” a radical externalist theory that holds that consciousness is spread between the material world and an individual. The Vision Machine is anchored between these two sources of inspiration—one physical, the other theoretical—arguing for the infinite interdependency of thought and materiality.

Commissioned by the Experimental Media and Performing Art Center (EMPAC) at Rensselaer Polytechnic Institute, The Vision Machine opens at EMPAC on December 4, 2014. The work was realized through a close collaboration between Melvin Moti and six students in the Physics and Engineering departments at Rensselaer: Parviz Alam, Henry Choi, Ravi Panse, Eduardo Gonzalez, Joseph Lapierre, and Philip Sweeting, all led by Peter Persans, Professor of Physics, Applied Physics and Astronomy at Rensselaer. Melvin and I first discussed the possibility of developing The Vision Machine during a long conversation in New York City’s Bryant Park in August, 2012.

Emily Zimmerman To start, could you describe the ideas that gave rise to The Vision Machine?

Melvin Moti I remember we first met and spoke about The Vision Machine in the summer of 2012, when everybody was observing the last phase of celluloid and film projectors moving out of the cinemas. I was playing with the idea of making a film without any “carrier,” without any medium involved. That is how the idea started. Since then I tried to stay close to the original concept of making a film (as in a narrative developing over time) without a medium and therefore without technical issues, which will become complications in the future. The technical part of the machine is therefore an essential part of the work, and the machine consists entirely of non-digital, rather old-school mechanical components. In this way, it can be played in fifty or seventy-five years with as much ease as today. The design is so elementary that it won’t age.

A second part of the background of this work is the representation of light. Light is always filmed when it hits a surface but, before that moment, it travels in the air. Traveling light is very hard to capture on celluloid, which is ironically a medium made by light. I’ve been working with this contradiction for a while; in 2008 I made a film where I tried to film light traveling through air, before it hits a surface. Recently I produced a series of works on silk that show sunbeams shining through clouds. The Vision Machine started as an attempt to make a narrative using only light, to let light do the talking.

EZ It has always seemed to me that there are two registers of intention at work in The Vision Machine: one is resolutely material, relating to the obsolescence of celluloid film and resisting the material configurations of digital circuitry, the other interested in particular theories of consciousness. How do these two registers come together in the piece?

MM Moving images have always been related to technology. I’m not nostalgic about film becoming obsolete because it’s a technological medium and technology changes. Film has also always been a part of mass media and popular culture, which is a part of cinema I absorbed as much as its counterculture (experimental cinema). For cinema to keep appealing to the masses it should be economically sustainable and celluloid is not.

With technology changing, the idea of cinema will also change. It used to be a medium where you immobilize the body and mobilize the brain; that’s less applicable nowadays. I wanted to make a projector that bypasses all the technological and economical factors of cinema and plugs directly into the mind of the viewer. To think that this projector will function in much the same way fifty years from now, operated with the same ease, it taps into the mind as directly now as in the future. Technology doesn’t stand in the way. I wanted to tell a story with more than a five-year relevance.

Additionally, I think cinema can best be described as a void. My job as a filmmaker is to create a void, which the viewer can inhabit to create one’s own fiction. That is truly where the story is told and where cinema is taking place, in the mind of the viewer, which ricochets between the elements surrounding my void.

EZ Yes, it is crucial to understand the complex interdependency between materiality and immateriality, rather than using simplistic dichotomies and conceptual shorthands. When you say, “plugs into the mind of the viewer,” what do you mean by that? When did you learn about Manzotti’s idea of “the spread mind” and how did it inform this project?

MM My film projects mostly consist of narratives in which many unconnected elements are placed together to form one temporality. It’s been an experiment to see how far I can go with creating a harmonious structure by juxtaposing unconnected or associative elements. This structure opens up a third space: the mind of the viewer. Plugging into the mind of the viewer would mean that, with this project, I tried to zoom into this third space without any interference or other story lines. The mind is space, a space which is a synergy between physical and mental processes. I consider The Vision Machine an abstract film, which cuts to this space without deviation.

I think I read about Manzotti’s idea of the spread mind about two years ago. I’ve been interested in the mind-body relationship for many years. This is also how I discovered Olaf Blanke’s studies of out-of-body experiences. I’ve been reading about this subject from different perspectives, and have been mostly captivated by theories about the location of the mind. Both Manzotti’s and Blanke’s work refer to the mind as something that could be located outside of the body and, at some point, I realized the connection with how I consider cinema, as something that is located outside the film.

EZ That echoes the tenets of expanded cinema. Was that tradition important to your thinking about The Vision Machine?

MM Yes, entirely. How expanded cinema relates to what’s inner and what’s outer is something that has become embedded in my work. Kubrick’s cosmic consciousness or Belson’s cosmic cinema I feel very close to. I think expanded cinema tried to describe an audience that becomes an author instead of merely a receiver of ideas. In contemporary life, entertainment and consumption have become preoccupied with letting the audience create their own originals instead of remaining passive. It’s extraordinary how foreseeing this theory or movement has been, picking up on exactly the right signals, which would decide our relationship between technology or media and consciousness. It surely has been important for my work and, with The Vision Machine, I think I’ve tried to reduce some of those ideas in an attempt to get my head around it.

EZ The fact that The Vision Machine will continue to operate in the same way for fifty or seventy-give years touches on the urgent topic of the conservation of works in digital media. Has this been an issue you’ve had to grapple with in your other work?

MM All of my movies, including the recent Eigengrau (2011) and Eigenlicht (2012), were shot and shown on 35 mm film. Conservation is a very big issue, with digital as well as analog mediums. Conservation is always an issue when innovation is important, and for that reason I’ve been interested for a while in “primitive” forms. For example, entopic phenomena, like floaters on the retina, which become attached to your eyes in the uterus and stay on your retina practically unchanged for your entire life. Or phosphenes, which you can induce by pressing the eyeballs on certain points, and always appear in the same location in the same form. These forms are universal, appearing similarly in people regardless of gender and culture. I’ve been looking for these universal, somewhat timeless forms, which are in contrast to the constant search for “the new,” and are exactly what makes conservation an urgent topic. More concretely, I am very concerned with the conservation of the color black as it appears on celluloid. This is the reason I’ve kept working on celluloid, because of the deep and textured black it creates. Digital black tends to be gray and milky. More than the conservation of the medium, I’m very concerned with the conservation of a color, one that has been essential for my work and the reason why I haven’t compromised how I make or show my films. The reason for me to continue working on celluloid is to conserve the color black on my negatives.

EZ This question of timeless structures within the dynamic flux of visual perception brings to mind Kierkegaarde’s argument in The Concept of Anxiety that the moment is not the most basic unit of time, but of eternity. He says, “Nothing is as swift as the blink of the eye, yet it is commensurable with the content of the eternal.” He goes on in a footnote to contrast the lack of glance within Greek statuary, against the Christian symbol of the eternal as an eye. This entwining of momentary perception and timelessness, is this also a dynamic you see within The Vision Machine?

MM It’s interesting to connect experience with technology. Thinking in this direction, the shutter can be considered the equivalent of the eyelid, a blink when film is transported in a camera or projector to the next frame. But the eyelid Kierkegaarde speaks about as a portal to eternity is maybe more of an unwillfull moment instead of a mechanical repetition. Duchamp spoke about the “infra-thin,” which measured the immeasurable distance between two things: the warmth of a seat that has just been left, people who go through subway gates at the last moment, the whistling sound made by velvet trousers when walking. The infra-thin is infinite not because it’s immeasurable but because it’s an unwillfull moment. In the theory of emptiness, the now is considered infinite and empty. To fully experience now, one needs to sharpen one’s concentration, to fully become conscious of the texture of now, to witness how everything in the entire universe happens during the blink of an eye. This experience of infinity is definitely related to the senses and perception, however, any willful force is so strongly reduced, it’s something you can reach through meditation and not really through art. Or you’d have to make a film for an audience who blinks at twenty-four frames per second, synchronous with the projector and only when the film frame is on, so they would only ever see the shutter and witness and entirely black film. That would be amazing!

Emily Zimmerman is a curator and writer based in Upstate New York. She is currently the Associate Curator at the Experimental Media and Performing Arts Center (EMPAC) at Rensselaer. See more here