Melissa Gould’s ongoing installation From Adler to Zylber uses iconographic artwork and the alphabet to organize a haunting pictorial catalogue of Jews sent to Auschwitz on Convoy No. 42. 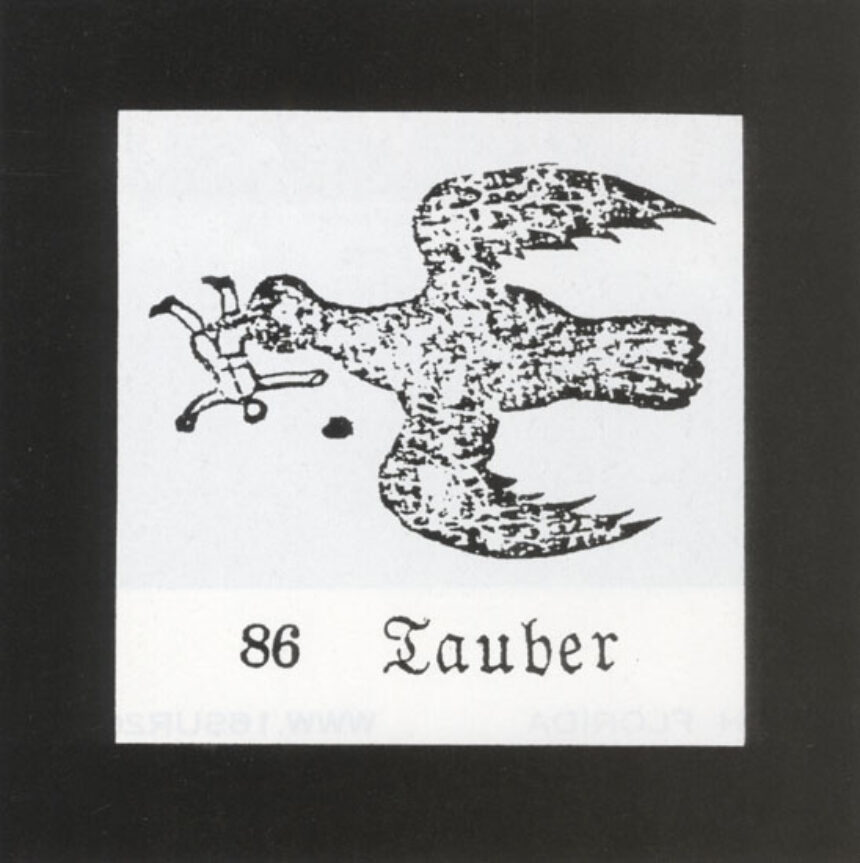 How emblematic these images are: they have a quality specific to folk illustration—woodcuts, handbills, primers, Loteria cards. This feeling is reinforced by a strict formality of presentation: each 36-by-36-inch square has a heavy black border, a number at bottom left, and a single word in Fraktur type. They have the charm of schoolbook illustrations from an earlier era and evoke the Märchen collected by the Brothers Grimm. But there is something wrong; the images have been altered. Emblems that at first glance seem lovely or quaint show us not a happy world of fireside stories, but one of cruelty and outrage. These are death notices: the word at the bottom of each square is a person’s name. Each name belonged to someone forced to board a transport designated Convoy No. 42, which on the morning of November 6, 1942, carried 1,000 Jews from France to Auschwitz. Gould’s black-bordered pictograms are based on 100 names from that group—German-Jewish names with links to the natural world. From Adler to Zylber (eagle to silver; soaring bird to buried ore) reaches back into the culture out of which such atrocities could become possible—a world of brutal fairy tales and predatory wrath. In Steigerwald (climber’s forest), a man stands on a mountain of logs, hacking at the jumble around him with his own wooden leg. In Breholz (firewood) a tall, thin puppet warms his feet on a smudgepot; but the feet themselves are on fire. Paradoxically, these images are also moving memorials—what the artist has called “gravestones for people who had no funerals.” Melissa Gould’s extraordinary tact has enabled her to deal almost gently with a ferocious subject without evading complexities. Of the Jews on that transport, only four survived the war; among those killed, the artist’s grandfather.

Melissa Gould’s From Adler to Zylber was included in the group exhibition Context and Conceptualism at Artists Space in New York City, on view from December 2001 through March 2002. 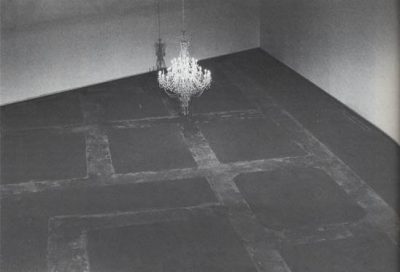 Speaking through materials, Joshua Neustein recalls cultural memory and history. His elegant and earthy installation Light on Ashes does just this.