Melissa Broder, When You Say One Thing But Mean Your Mother by Peter Moysaenko

The diction pops incessantly, and cuts like “Dear Aging Anarchist,” and “Sweet Spot” serve up a sense of rock ‘n’ roll poetics, brute and oblique. 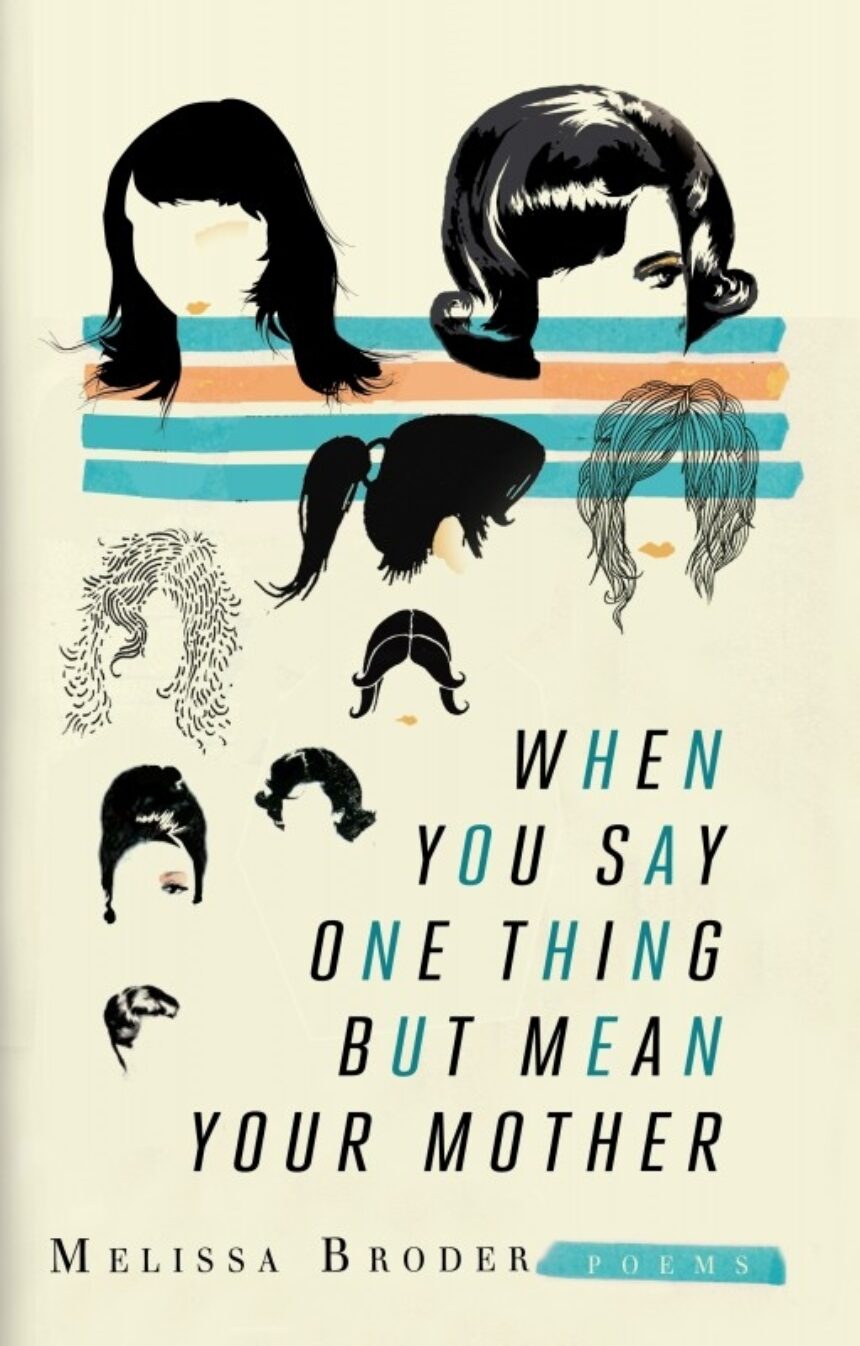 Have you met Melissa? See, she’s a pusher, a mover-and-shaker, that type of character you might need in your corner if you ever hope to skip the slush pile. She’s a publicist and a poet. The title of her debut When You Say One Thing But Mean Your Mother sums up the angle of the collection with its hands tied behind its back. Hardly a poem in the book surpasses two pages, but each one, according to a shifting margin of swagger and self-doubt, parlays its winnings onto the next. She bobs from confident couplets to anxious triads and talky quatrains not in the manner of a junkie switching gears but of abalabusta with a bottomless flask in the purse. The poems find themselves equally at odds with tradition and transgression, specters of fuck-ups and burn-outs, reified superegos zagging from shtetl to new world poleis—San Francisco, NYC, and stops between—in search of a fix.

The diction pops incessantly, and cuts like “Dear Aging Anarchist,” and “Sweet Spot” serve up a sense of rock ‘n’ roll poetics, brute and oblique. Like rock ‘n’ roll though, in Broder’s verse, wanton escape often loops back to the fears of the forbears, where freedom of choice comes at the cost of deep-seated disappointment. Loneliness—“an ancient handmaid”—rests as the final realization of the bounding “Double Dubuque” and “It’s Just Registering” construes from free love a furnished trap. Make no mistake, Broder’s lyrical escapades are worldly affairs, and fast, the stuff of piss and vomit, blood and genitalia, and a slew of brand name filler—Marlboro, Jenny Craig, Grand Marnier, Sweet n’ Low. This is hungry verse after all.

As might be expected, the collection’s insatiable language, the ravening voice that dares to pile up slant rhyme and alliterative clusters as in “Adult Onset Acne” and “Under the DM Tonight,” gets alienating after awhile, stirring in me that suspicion of big bluster, suggesting the speaker’s perhaps trying a bit too hard to have fun. The confessional “Where is Your Vampire?” treats teenage bulimia with an anti-sentimentality that veers towards a discomfiting breeziness of tone. Meanwhile, “Just Like Teach for America” tip-toes, as does “Hey, Hey Paula,” awfully close to terrains of spectacle.

Broder’s verse is acrobatic and whip-smart. Sure, at points its white-pony gallop seems to rocket the reader past opportunities for more studied contemplation, however,When You Say One Thing But Mean Your Mother is its own creature. A fit and noisy body, it steamrolls through crises with the sugar and swing typically associated with the likes of The Shangri-Las and the Ramones. These poems go on gut rhythm and beg for exclamation in a crowded room rather than the mute restraint of the printed page. And that’s a good thing too.

Melissa Broder’s When You Say One Thing But Mean Your Mother is available now from Ampersand Books.