A hybrid memoir on the search for the personal and cultural history of adoption. 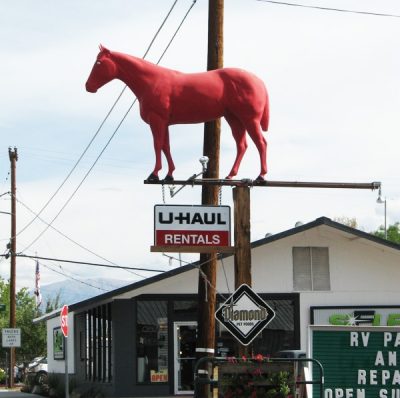 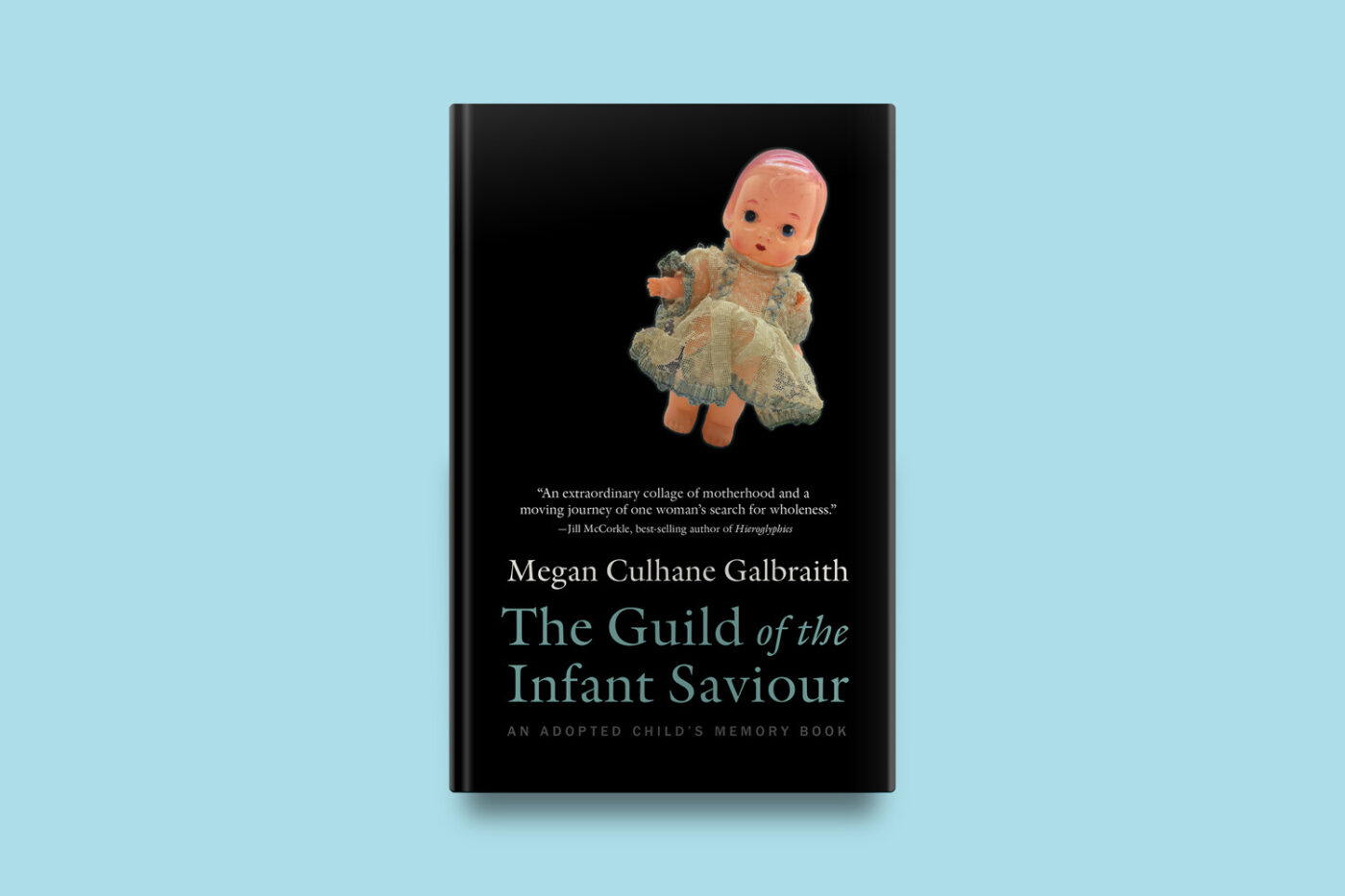 Megan Culhane Galbraith and I belong to a loose coven of writers and artists gathering semi-regularly to talk shit near Shirley Jackson’s old house in Vermont. Galbraith is my friend, yet I did not hear much about her book, The Guild of the Infant Saviour: An Adopted Child’s Memory Book (Mad Creek Books), while she was writing it. Now that I’ve read it, I see why she didn’t talk much about it. It’s an ornery, idiosyncratic book, an unruly collage sprung from a singular mind, defying description. Magpie-ing across several found forms, Galbraith troubles the idea of an adopted child’s memory book, not to mention memory itself. Her potent, often deadpan bursts of intimate prose weave towards material culture (those creepy dolls!) and away from the received, redemptive adoption narrative. I was delighted to ask her a few questions about how she made this nimble and chimeric book.

Claire Vaye Watkins Congratulations on this strange and beautiful book, The Guild of the Infant Savior. Your author’s note calls it a “hybrid work of creative nonfiction… essays, prose poems, collage, photographs and other experimental forms… part memoir, part social history, part bedtime story.” How did you know which approach to use given you’re so genre-fluid? What is the relationship, for you, between form and subject?

Megan Culhane Galbraith Thank you, Claire. I love that term, genre-fluid. In fact, I was talking with my friend David Fratkin about being a writer who also makes art––he made the wonderful short film for my book––and he said, “Oh, so you’re aesthetically bisexual” which is a phrase I will now print on a goddamn T-shirt. I’ll go even further to say I’m “genre polyamorous.” I don’t think there’s any reason to hem ourselves in by genre. I struggle to write a straight-up linear narrative. My brain just thinks differently.

In these essays, the form usually asserted itself out of the subject matter but only after multiple failures at trying to write it straight. I struggled so much on the page thinking I had to write a certain way or be “literary.” I finally learned to listen hard enough to what I was trying to say and get curious about it. Once there, the structure formed itself around the words. Truly listening to myself and to my work is what guides me. It’s about being open and honest with myself no matter how hard that is.

As for form and subject, sometimes the images came first and the words tumbled in around them, as was the case with the essay about the Domecon “practice” babies at Cornell. That started with the images I made for a show in an art gallery. “Other Names for Home” began as a straight essay exploring the idea of home. I made a list of orphan, foundling, and homes for unwed others in New York City that I’d found from my research and then realized the piece worked best as a stripped-down blocky prose poem. This is what I love about nonfiction. The truth is so extra that you don’t need extra words.

Back in my science writing days, I read that our brains compensate for gaps using the perceptual phenomenon of “filling in.” It’s basic Gestalt psychology that the whole of anything is greater than the sum of its parts. Telling my story in words and images allows space for the reader to connect those dots too. Readers are smart. Brains are cool.

Being genre-fluid implies a sense of movement that I really like. Playing with form and subject lets the work have a melody and harmony. Both voices blend together. I’m very genre-curious. I’ve been known to try things just because I want to learn how to do them. I once made a multimedia essay so I could learn how to make a short film. Staying curious is a very childlike approach to art-making. Beginner’s mind is much more playful because adults sort of ruin everything, don’t you think? 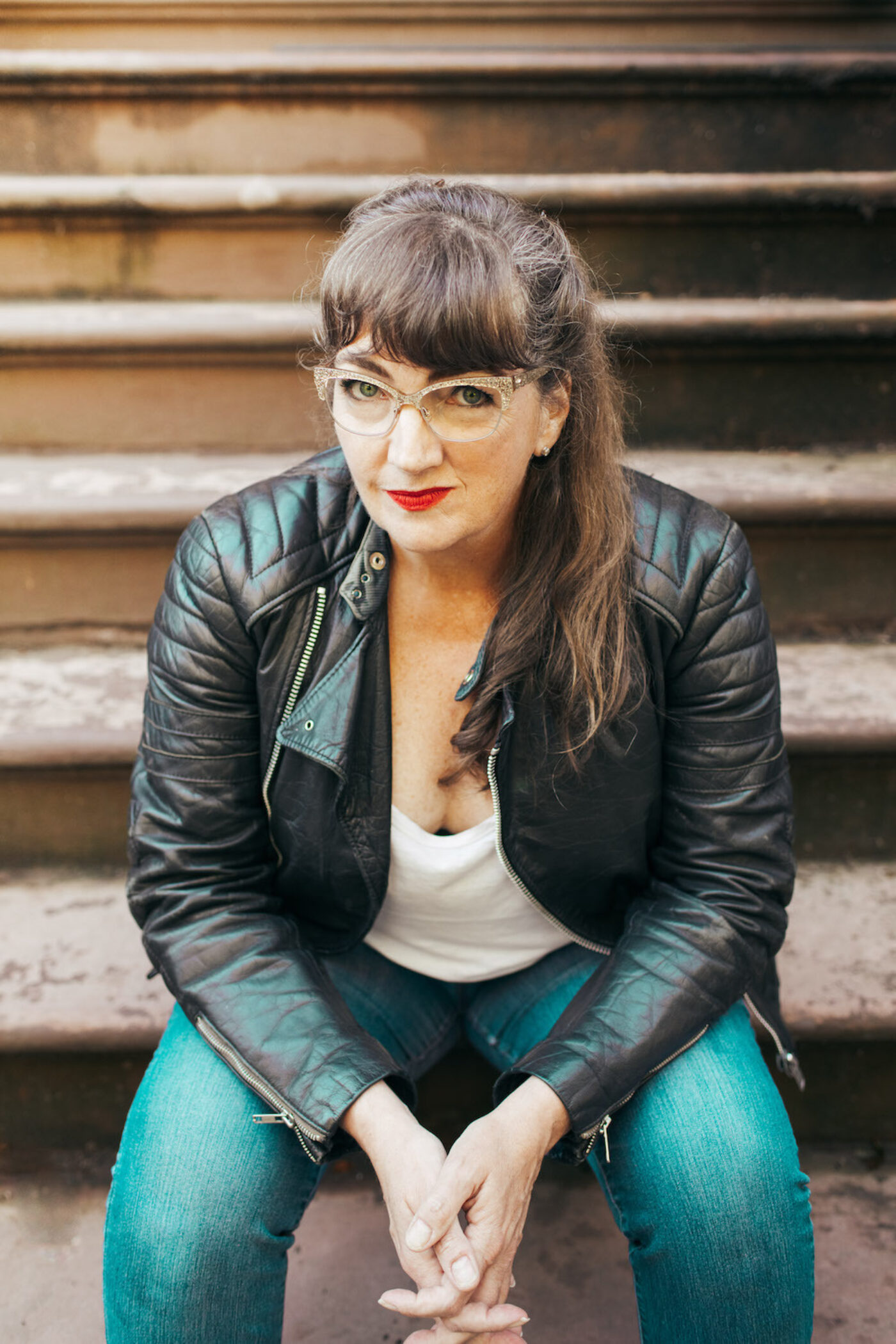 CVW Yes, certainly. Adults are so uncurious and unpresent compared to children, so rigid compared to the nimble and pliant way children think and feel and play and make. It’s quite intense to mother them for this reason, I think, a fairly mystical experience. But will you tell me more about this: “The truth is so extra that you don’t need extra words”? Should nonfiction be sparer than its more fictional prose cousins? I’m asking, I guess, for you to tell me about your aesthetic of truth, please.

MCG I hesitate to say nonfiction “should” be anything, you know? My truth presented itself in the container or form that was most appropriate for it and I just had to let it work through me. I believe that one phrase, one bit of biting dialogue, an image—one good sentence can carry a lot of weight. A photo, for instance, doesn’t “say anything,” yet there it is haunting us with its myriad silences and speaking a thousand words.

As writers and artists, we’re all telling and showing our version of a truth because there is no “universal truth.” We all move through the world as agents of our own creation. Three sisters can grow up in the same family and have completely different life experiences, due to personality or birth order, among other things.

In this book I was interrogating the idea of truth itself through the lens of memory. As an adoptee, I had to reassemble the shadowy missing pieces of my life based on my birth mother’s stories that were informed by trauma. That felt surreal to me and that’s where the images come in. They juxtapose the narrative and perhaps fill in those indefinable silences.

It makes sense that our beautiful and independent minds spin narratives differently. I love that there is room in literature, art, and life for all our stories. That’s the mystical aspect of art that I hope never gets defined.

CVW And you plunge into those mysteries so bravely, and with such a warm sense of humor. No schmaltz whatsoever! Adoption seems like a subject that needs that sort of complex sensitivity. Was there a familiar adoption narrative you were aware of, even writing against (or otherwise in relation to)? What pitfalls concerned you when writing about your adoption, since as you say the story is occasioned by the trauma and loss of surrendering a child?

MCG I’m so grateful to hear this. Specifically because the peril of writing memoir and especially a memoir about adoption is that you tweak the complex sensitivities of everyone associated with the adoption triad (adoptive family, birth family, etc.). It turns out I was not only opening up my own wounds and examining my trauma, but I hadn’t realized that using my voice would trigger those closest to me in adoption: my birth mother and my two siblings. They reacted cataclysmically and severed ties (ironically, my siblings aren’t even mentioned in the book).

This may be the thing adopted writers don’t discuss openly. I lost my birth mother, an adopted middle sibling, and my youngest sibling (my parent’s biological child) by writing this book about finding my own voice. I was careful to ensure I rendered everyone in his or her full three-dimensions, including myself. One of the pitfalls of writing a memoir of adoption is the gaslighting of adoptees by family members who can be utterly cruel. That gaslighting is further enflamed because most adoptees are told to hush; to accept that they could have been much worse off had we not been adopted. This is a savior complex that’s dangerous because it further isolates the adoptee and doesn’t allow room for us to voice our feelings for fear of being abandoned again.

Regarding the familiar adoption narrative you mentioned, I didn’t know of one to react to or to push against. I was simply writing how I felt, which felt like I was doing so in a vacuum. I only recently found supportive adoptive communities since this book has been published. I really struggled through the muck of my own feelings, unsure if I was part of a collective or alone. Now I see I’m not alone. I feel further validated in my approach to this book because of these communities and I hope my book helps others in some way, too.

The Guild of the Infant Saviour is available for purchase here.

Claire Vaye Watkins is the author of the novel Gold Fame Citrus and the short story collection Battleborn, winner of the Story Prize, the Dylan Thomas Prize, the New York Public Library’s Young Lions Fiction Award, and the Rosenthal Family Foundation Award from the American Academy of Arts and Letters, among other prizes. A National Book Foundation 5 Under 35 honoree, Watkins is a professor at the University of California Irvine and lives in Twenty-nine Palms, California. 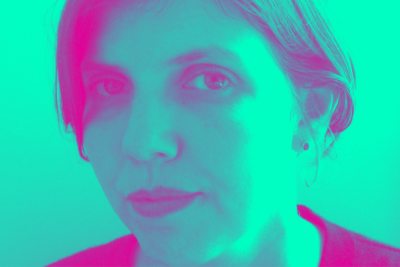 After researching climate change and survival psychology for her novel Weather, Offill asks if we might imagine a different way to live.

A.M. Homes has an “oddly revealing” conversation with painter and friend Jane Fine. Homes’s new book May We Be Forgiven is in stores now.