Mark Leyner’s prose is steeped in American pop culture and Burroughsesque descriptions of the grosser aspects of human behavior. Amanda Meer warns against reading them at the dinner table. 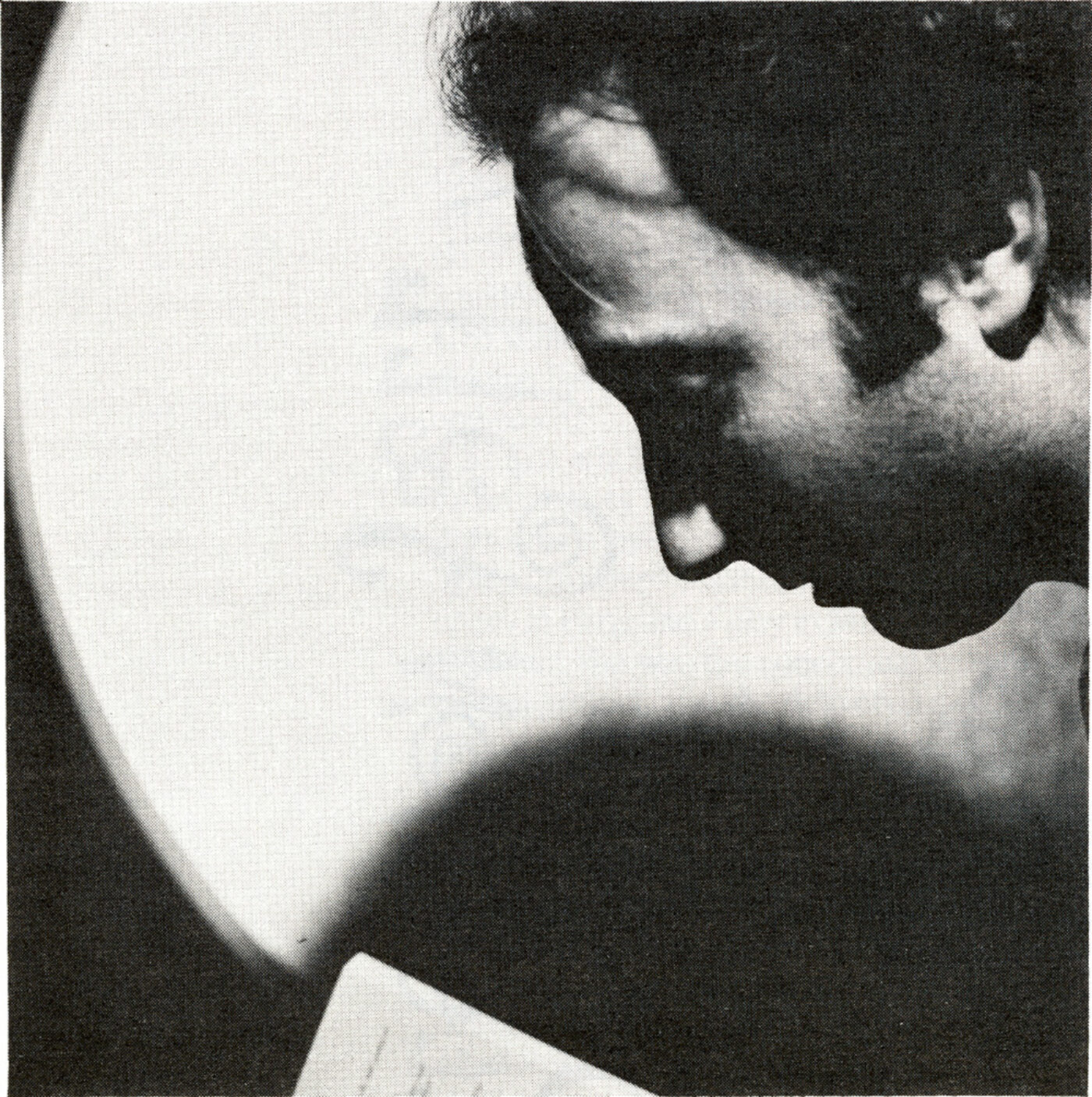 A parfait glass of grayish yellow mollusks, a lumpy green sauce spreading over the tumescent mass, is placed in front of him. “Mm, a mussel sundae,” smiles Mark Leyner, lifting his fork. One plops over the side, slithering in the dish, an ear-to-ear smile on its hairy lips.

Mark Leyner’s second book, My Cousin, My Gastroenterologist(Harmony Books, Crown) is a biomorphic mob of writing and narratives on a mutated skeleton of bones thrown from the media table. Its flesh is sensual imagery, so sharp and physical you can smell it. The fusion creates a novel of sorts: happy, disgusting, and really funny, all at once.

Ameena Meer My Cousin, My Gastroenterologist made me think of graffiti on a subway ad, the teeth blacked, whiskers on the face, words crossed out and something else written at the end of the sentence. How could something so specific translate, in another language or another country?

Mark Leyner I’ve thought about that because it’s coming out in England. There’s language in the book that’s so quintessentially American it might be difficult to get the impact. In order to enjoy what I do, you have to have some cultural experience with that discourse.

AM It could become anthropological.

ML It may seem merely exotic or redolent of American pop culture.

AM Why play with the media?

ML The media has been to me, like nature is to certain people, the environment that I’ve responded to, as an artist. It’s a landscape, rather than some dystopian vision of a world that’s become deadened by the media. I don’t feel that way. I find a lot of popular media exhilarating, I enjoy it. I buy it, hook, line, and sinker.

AM What about posterity?

AM It’s meant to be funny, right?

ML Of course it’s meant to be funny. Absolutely. Did you like the book?

AM Well, my reading time’s limited, so I was reading during dinner. I opened the book, read the first paragraph and put it down. And stopped eating. The descriptions are quite visceral, sometimes, quite unpleasant.

ML Oh, you’re saying it disgusted you. You thought it was repulsive.

AM I was eating something gooey and sticky.

ML When you work on something, and work on it and work on it, that visceral quality is lost to you. It’s always a bit of a surprise to hear people say that. But I’m glad, actually.

But if you do read it, after a while, you realize what a good-natured fellow I am, what a good-natured book it is, and it doesn’t seem as disgusting as it might. The first paragraph has men picking the scabs off their heads and flicking them on to the road. If you come upon the book cold and read that, it might make reading the book seem like a repellant experience.

AM The car driving through puddles of sperm and contraceptive jelly—you just push your bowl away and say, “Oh God.”

ML If one is offended by the book, it’s a complete misreading of it, and a complete misreading of the subtext of the book, which is giving the reader the densest, most intense kind of pleasure one could get, reading, in this day and age of very intense, exhilarating media. Harper’s published a section of the book. “I Was An Infinitely Hot and Dense Dot,” and got a tremendous reaction to that piece, very positive, except they did get a nasty letter from some man in New Hampshire who said that it was like Spin Art, which I think involves putting paint in this thing which revolves and creates a random splatter of color.

AM Is it a novel?

ML It’s a bit like certain phenomena in quantum physics, it’s a novel if it’s examined as a novel. The pieces relate to each other in a way that might not be recognized as a novelistic relation, between sections, ordinarily. One could say that they’re not pieces, they’re collections of shards of language. The persistent exercise of my style is so aggressive that it unifies the book.

AM How do they consciously relate?

ML There are certain motifs that run through the book, medical motifs, this ghostly figure of my cousin, my gastroenterologist, turns up again and again. Although it doesn’t require a sequential reading. The most interesting thing about calling it a novel is that it can be read in any order and it would still have some feel of unity to it.

ML I know I shouldn’t have made love to him, but—Recently, a lot of the writing I do, I do in the car. As I’m driving. I’ve developed this great system, it’s almost self-hypnosis, where I’m able to think of long stretches of prose in my head. And once I get to wherever I’m going, I type it up. It’s like having an oral tradition of one person, because I have to keep repeating it to myself, from the beginning. Each time, as it gets longer, I go back to the beginning, so that I’m sure I’ll remember it. That’s had a wonderful effect on the quality of the writing because the sentences had to be exciting enough for me to remember them, otherwise I’d forget them. 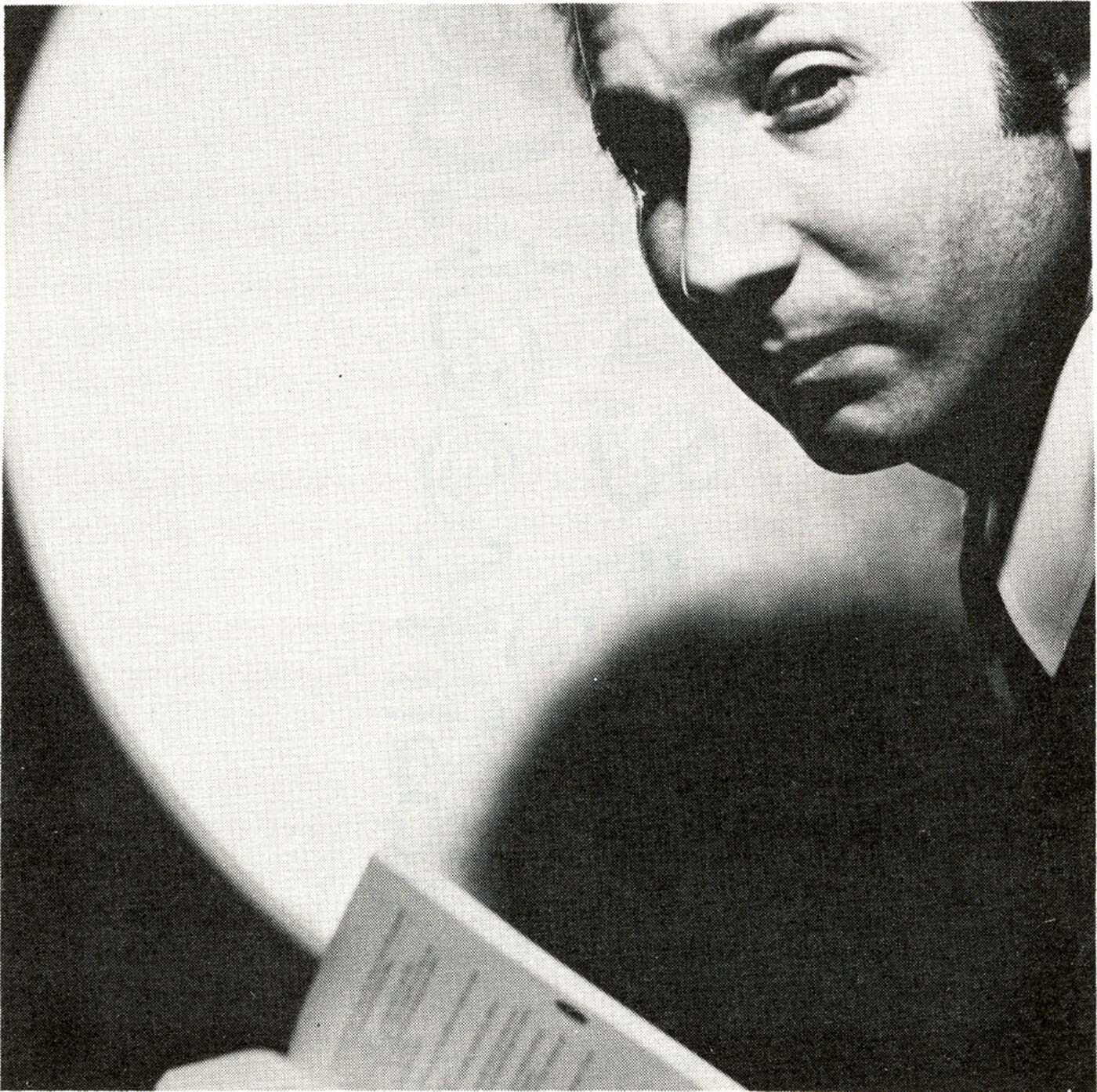 AM What do you want the reader to get out of it?

ML I think the book is very uplifting. It allows people to take a look at the kind of language they use and the kind of experiences they have not so seriously, but in a serious way. And question the authority of certain forms of language that they use, perhaps question it to the extent that it ceases to have authority for them. So I think the net effect of the work is very salutary, it’s medicinal. It’s a pharmaceutical work.

AM Medicinal or medical—some of the descriptions of food and eating are almost clinical, to say the least.

ML Well, I’m interested in what everyone eats. For a long time, I kept a file on what people condemned to death had for their last meals. I used to keep clippings of what people requested the day before they were going to be electrocuted. It’s fascinating.

AM Most people ask for a cheeseburger and a milkshake.

ML Something they’ve had 30 million times in their lives. One guy asked for a can of peaches and syrup and a Kool-Aid, or something. That was his last meal.

AM I suppose it’s something reassuring, something from one’s childhood.

ML It used to be a big feature of any article, a rule of thumb for any journalist. If you were going to write about a condemned prisoner, you wrote about his last meal, you wrote about who saw him his last couple of minutes, how he went to the chair or the gas chamber, what the demeanor was—it’s not done anymore. Or they don’t print it.

AM It’s like an MTV show—it reads like quick shots, very physical, very visual—like flashing images. Though, the “I” character, assuming that that’s the protagonist, is quite developed. One knows who his mother is, who his various lovers are, even if one is not always sure of his sex, or her sex.

ML I’m glad you said that because, unfortunately, people often assume that the gender of the “I” is always male and it’s not. The cumulative knowledge of the narrator is very important. I’m particularly happy with the book ending with that autobiographical piece.

AM “About the Author.”

ML It was a nice improvisation. Crown was badgering me for a statement, you get an author’s questionnaire, certain information so that they can promote the book. I put it off and put it off because I really despise and loathe any sort of form that looks like an application. And then I just decided to write it that way.

AM What did they ask you?

ML I’ve done a couple of them now. They’re even more sadistic in England. Their questionnaire was like a CIA application—they even ask you what sort of audience you think the book has, and to describe the book—and it was impossible for me to describe this book other than by giving them all 150 pages. I wanted to write a book that was impossible to describe other than by reading it. A crucial part of my aesthetic is to write something that’s impossible to paraphrase. So to be asked that by your own publisher is disconcerting because, you hope, they’ve read the book. They ask who’s influenced you. It’s difficult to point to specific writers who’ve influenced me. It’s the anxiety of influence that I feel.

There’s a lot of information in the book that seems autobiographical somehow, but which is constantly undermined by other strategies. There’s the inverse in this last piece, where it is ostensibly my story and undermined by my refusal to be authoritative about the telling of my own life.

It’s a retrospective lens through which you can look through the rest of the book. Since I had to fictionalize certain real people in something that was ostensibly all the facts about myself.

AM You don’t worry that all the ex-girlfriends you’ve mentioned will sue you?

ML I do, I do. The lawyers asked me all sorts of questions, as they do with any book, and aside from Arleen, my wife, I don’t think I mention people in the body of the book. The person who’s named Sarah Vogelman in this little autobiographical piece, who I say I offered a Quaalude to, in college, is a lawyer now. So I had a sneaking suspicion that I should check with her. At first she said, Oh it’s fine, and then—talked to her husband, which will always do it—and said, No, I just don’t feel that good about it. Her pseudonym makes this clinking sound every time I get to it. Even though I tried to get to a name that’s similar, Old Testament first name and a very Jewish, Eastern European last name.

AM I wonder if people will get the New York City references outside of New York.

ML If there are any, it’s too many. I really would like to get away from that. I’ve grown up here, I love it, but it’s a horrible place to be.

AM Where would you rather be?

ML Well, I love it, but New York is so depressing for an artist, extremely utterly depressing with the jealousy and the invidious mechanics and quid pro quos. It’s not inspiring to me anymore as a writer because you don’t have to be in New York to get the same barrage of data and media that I like to be washed in. Now you can be anywhere in the world. So you might as well be in a place with palm trees.

—Ameena Meer is a writer living and working in New York City, her work has been published in Actuel, Details, Interview, South, and the Times of India.