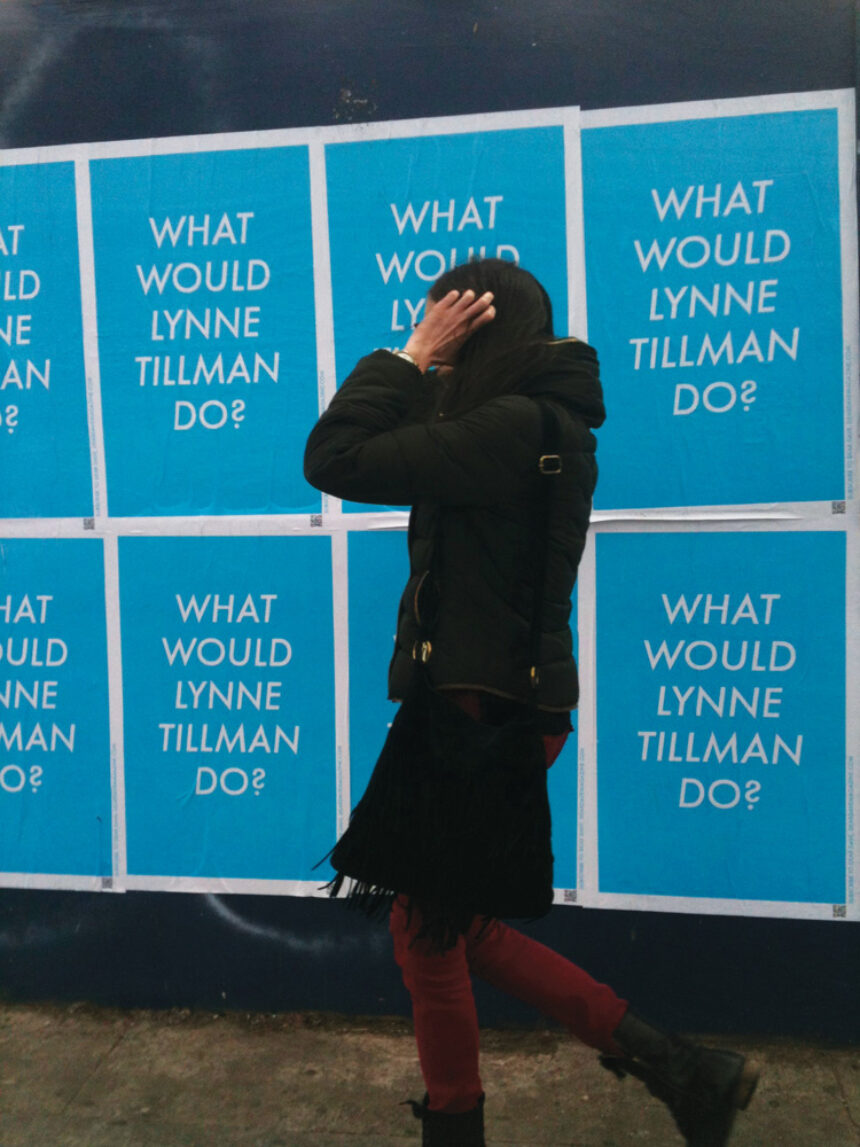 The most powerful word in a Lynne Tillman sentence is or.

On funerals: “A funeral might be plain as a pine coffin or theatrical.” On attending the Rolling Stones’ first New York concert in 1965: “We sat in the balcony, or we sat downstairs.” On the moment before she met Paul Bowles: “My life was about to change or stay shockingly the same.”

This is not a noncommittal or, a milquetoast or. It’s not indecisive. It’s an or that makes a claim: or as both/and, but more economical. For a long time, I’ve wondered how prose can achieve the simultaneity that music does. Not the complexity of an orchestra, but the dry, skeletal tension of a song by the Minutemen: guitar on top of bass on top of drums.

Tillman’s or doesn’t implicitly value one side over another, as I might say, “I’m going to finish grading these papers, or I might give up and watch another episode of Scandal.” Tillman’s orisn’t manipulative. Like Harry Mathews says, in an interview with Tillman, discussing Jane Bowles: “She achieves miracles by just putting one ordinary sentence after the other and she never indicates the way you’re supposed to feel about it.”

Tillman’s or says you can feel this way or that way or the ways in between. Tillman’s or is “deliquescent,” a term that describes a melting process, but also means the manner in which certain trees (oaks) branch or fork off to form new branches with similar dimensions. Nothing in a Tillman sentence melts.

In “Decade-ism,” Tillman writes: “I regularly question my preferences. Why I like or dislike writing, a photograph. I don’t trust experience, even if it has shaped me; I don’t fervently trust what I think or believe, while I believe it still.” What Would Lynne Tillman Do? is, in many ways, a record of Tillman’s preferences; the book collects criticism, interviews, reviews, profiles, and columns of hers, published in various publications (including this one) during the last two decades or so.

But the collection is more than, as Tillman says about John Waters’s Role Models, “a portrait of the artist as a collage of his influences.” What creates the book’s dynamic intellectual energy and abundant generosity is Tillman’s recognition that her tastes might change, even contradict each other, and that the claims she makes include the possibility of other claims—and moments contain other moments, and feelings, other feelings.

On Warhol’s a: A Novel: “Every moment is precious or boring.” My mind deliquesces—another oak branch, and another, and another.

Sara Jaffe is a fiction writer, musician, and teacher living in Portland, Oregon, and she is also co-editor of New Herring Press.