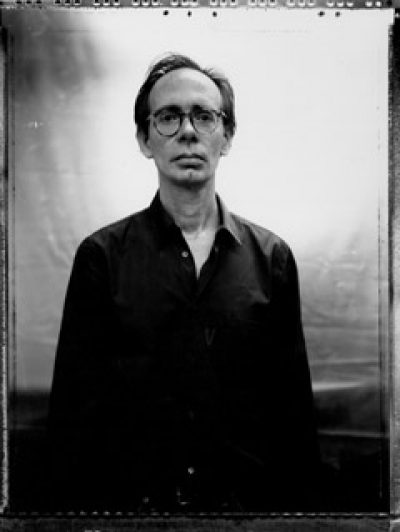 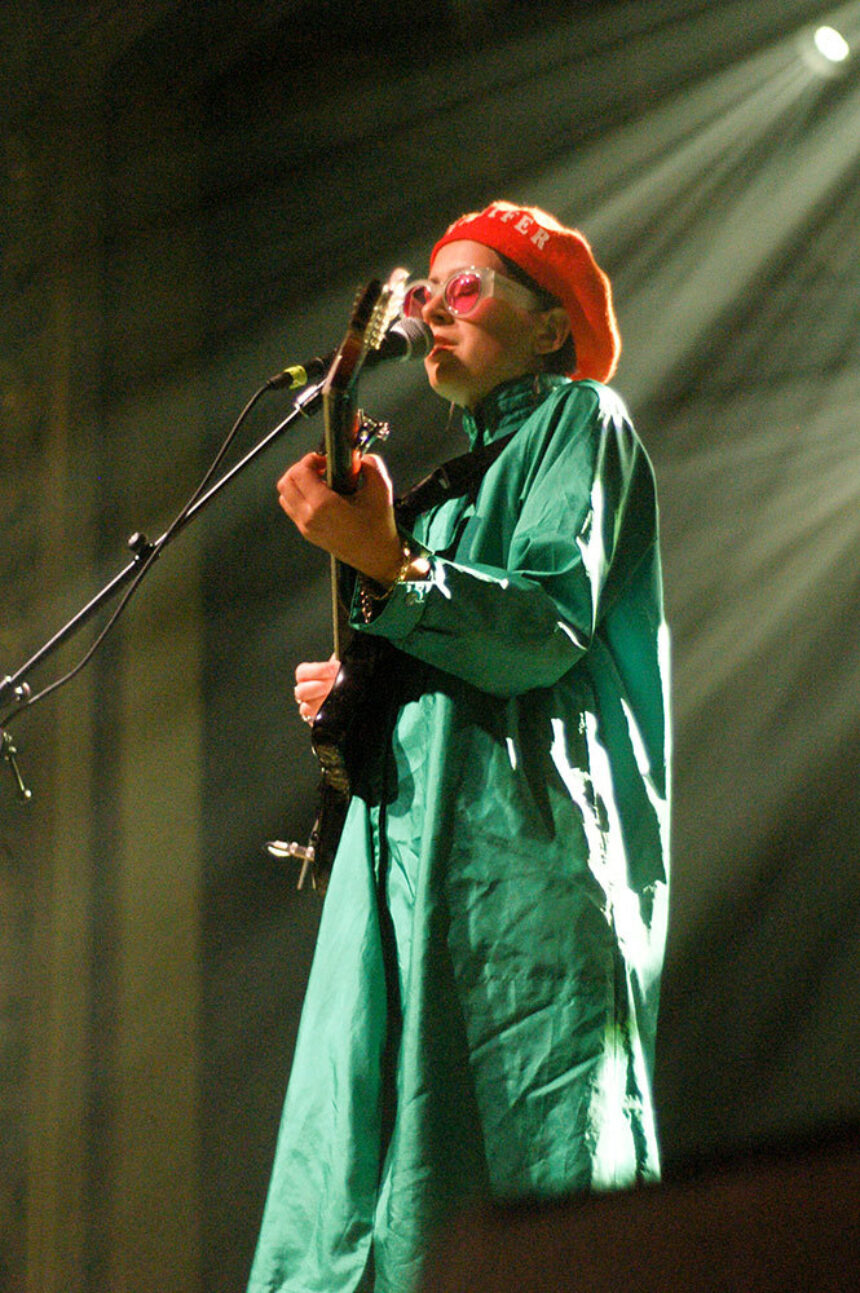 Musician and songwriter Lina Tullgren and I share an interest in droning nothingness and Kate Bush. Over the course of our many-month exchange we considered the intimacies inside performance—the kind that can only be built in rehearsal and nowhere else—and alienation. We talked about the eternal confusion that comes with having an audience, open landscapes, and staring at trees. We talked about bedroom culture, the wrongness of music scenes, loneliness, the ocean, and God. At the time of our exchange, Lina was on tour following the release of their most recent album Free Cell. Here are some excerpts from our conversation.

Gillian WalshCan you talk about your relationship to the indie rock genre?

Lina TullgrenThis is something I’m consistently struggling with: being lumped into the indie rock genre but not feeling at all aligned with its ethos, its sonic palette, its marketing, and so on. I understand that I make “song music” on a basic level, and because of how genre (gross) works, certain things get lumped into others.

I also recognize that when I first started working in this format, I was kind of fumbling around, not completely sure what the project would look like as it progressed or what direction it would take. I happened to somehow sign with a successful indie label at that time. I remember being struck by the fact that people were interested in music from a nobody, and I spent time listening to a lot of indie music thinking that it was what I wanted to make. I was also young and inexperienced in the world of shallow art and music people; looking back, I can see that I just wanted to get famous like the other bands on the label. Then I realized I didn’t want to be famous in the way that they were, because I wasn’t interested in playing “the game.” That realization happened when I began to surround myself with people who were making great work and doing it in a humble way. Getting into free jazz, minimalism, noise music, etc. was also huge in that shift.

GW I feel this hard in the realm of dance too. There is so much misidentification with it, and that leads to confusion. How does this context affect how you interface with the public?

LT I’ve been thinking about the “interfacing with the public” aspect a lot lately as I’ve been on this tour opening for Frankie Cosmos—a great example of a successful indie rock band. When I’m having a good-self-esteem day I can feel good about being on this tour because I can successfully sell my work to a crowd that only listens to indie music. But I can also turn around and play music to a room of people that are probably only going to free jazz shows and get a similar result.

I hate thinking about audience, but I often can’t help it, especially when there is this discrepancy between the work I consume that excites me and the work I make for the public that I end up interfacing with the most.

GW The distance and discrepancy is both alienating and generative; it speaks to the aloneness central to Free Cell. I think a lot about how “the public” is fake, particularly in art and performance. Each audience is so curated. Each venue or form has a specific, preselected audience and marketing strategy. It’s easy to predict who will be where.

Music, song music in particular, has the possibility of wide circulation and fans. The most exciting thing to me about song music is its reach—the way it can move, circulate, and travel. I spend a lot of time feeling the obscurity of my form and the goal of true transformation from the live encounter. From where I’m standing in the insularity of choreography, the way that song music can encounter audience seems to have so much possibility and movement. I get that it’s in part a fantasy reaction, but I’ve found myself freed up from the stagnancy of performance when I work with music people; there are more chances to share the work. I also understand that the live encounter can feel like the most violent, lonely, and crass experience within a process.

LT Demanding audience attention, but also not caring whether they “get it” or not. It’s like saying, “Shut the fuck up and look at me. Also, I hate you.”

This has been on my mind as I begin to think about my next body of work and this possibility that it could really weed out the crowd. Then comes another identity crisis about who the music is for.

GW Audience is really beside the point when it comes to the work itself. It’s not about them and never will be. But you get up and perform very regularly and simply have to face them all the time.

LT I’ve been thinking about this a lot lately as I navigate this European tour. Instead of performing with my band, I’ve been having duo shows with a friend of mine who mostly plays atmospheric synth, clarinet, and saxophone. The set is quiet and focused and maybe a little more difficult for an audience to understand and get excited about. Pivoting into this sparser format has been at times well received by the people who pay attention, but it has also resulted in big rooms of people talking as we present this very intimate work. There were a couple of shows on the tour where I addressed the crowd about their talking.

GWThat’s so confusing. What did you say?

LT I would usually reserve this for when we played in spaces that had a separate bar and show space. I’d say something along the lines of: “This music is very quiet, and if you would like to talk to your friends, that’s completely fine. I just ask that you take advantage of the other areas within this space instead of talking loudly in this one.” There was one show where I did that and everyone applauded, and the loud people went into the other room. I struggle with audience because on one hand I don’t feel like I should have to demand their attention. They probably didn’t come to the show to hear me. They don’t understand that performance is work, and it’s not my job to make them understand. But I sometimes have to address them because it’s simply so hard to go on tour for four plus weeks and not be able to present your work as you feel it should be presented. It’s alienating.

The audience feels empty and disrespectful most of the time. Something I have also actively struggled with in the past is getting burnt out on tour, shutting off after a certain point, and feeling like an empty vessel—like I am performing myself and my life for others, but I’m not present. And then who is the audience to you? It’s almost pornographic. 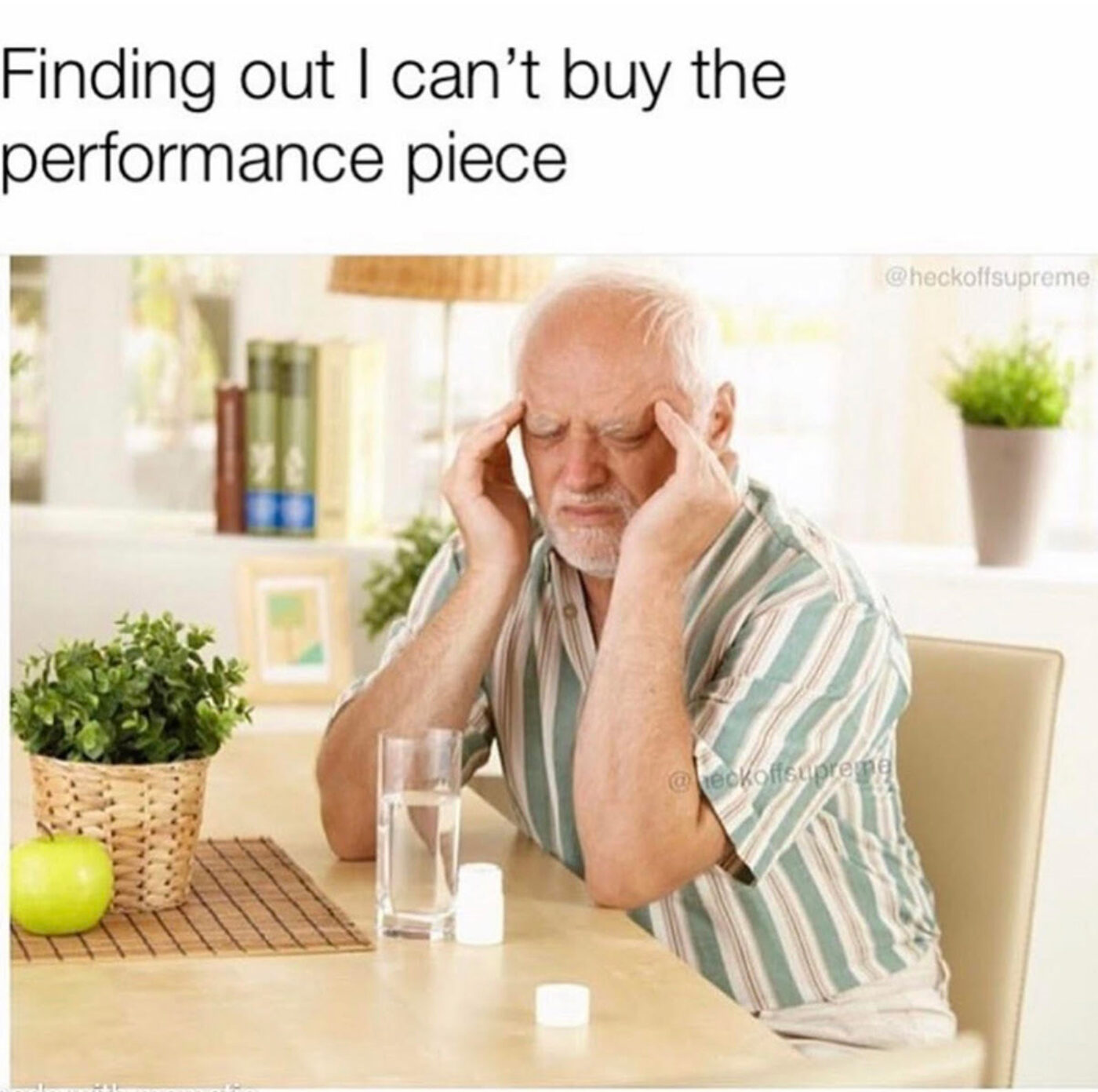 GW Who is inspiring you at the moment?

LT There are a few artists whose career arcs I’ve been drawn to for a long time and have been studying a little closer lately: Mark Hollis, David Sylvian, Arto Lindsay, and Scott Walker. All four of these dudes have similar arcs of establishing themselves in more or less the mainstream, finding a niche in pop-adjacent music that made them money and fame and that was also pretty “weird.” After succeeding, most of them disappeared for a while and then came out with later records that are pretty out there compared to their earlier work. Mark Hollis and David Sylvian made this amazing departure from cool, blown-out ‘80s pop music toward really spacious music that is still song-based but requires deeper listening. Commercially, it’s probably a nightmare, but I’m really drawn to those records. Lindsay of course stopped making No Wave and began to delve into weird bossa songs. And now he is a beautiful old guy who loves Instagram and trap music. God bless.

I want to talk about spaciousness and landscape, bringing in our mutual fave Hildegard von Bingen. How does she fit into it all?

LT Hildegard is so huge for me. There is something about that vastness. It’s hard for me to explain what I feel when I hear that music, but it’s similar to how I feel when I look at the sea. Besides the music being beautiful, I have always been enamored by Hildegard’s ability to do all of her creating while completely unaffected by and cut off from the rest of the world. It’s refreshing to hear work that feels utterly pure in every sense of the word. Most people write music to learn about themselves, but she wrote music to communicate with God. It never fails to remind me that music is so much bigger than I am.

GW It’s important to feel connected to something larger or you’ll basically rot in the disappointment of materiality and the insufficiency of scenes. As I always say, transcend or die. 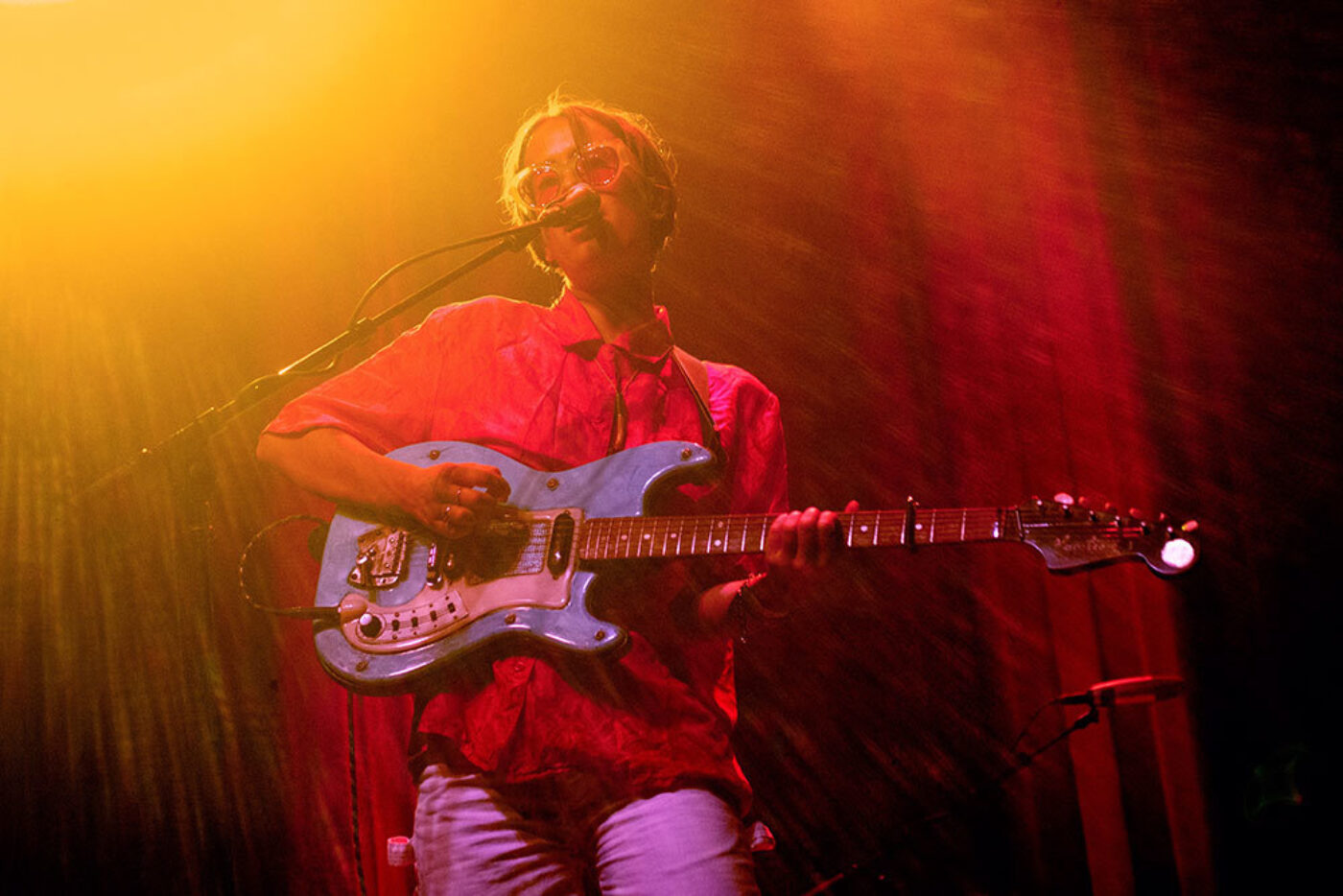 LT This is all to say that I’ve been studying these arcs as I begin to think about my next piece of music, thinking about more longform pieces, about space. I see my first two records as expressions of maximalism, and I’m ready to dial it back heavily.

GW I’m always a fan of dialing it back. How are you thinking about order and composition as you start to navigate your next project?

LT The work will come when I can stare at a tree for like twelve hours, but making the work is usually the easier part for me. I’m still a ways off from knowing concretely what it will look, feel, and sound like, but I am thinking about vast spaces between notes or moments, about being deliberate with my voice, about not having a lot of drums on anything, about randomly generated computer sound, violin drones, slow music, vocals mixed to sound like they’re being sung directly next to your ear, and so on.

On the other hand, I am also feeling more confident in myself as a player of my instrument, and I’m trying to flex that where I can, examples being taking on this Mayo Thompson piano gig, working on making a drone tape next year, and making more space in the band for free sections of the songs. The progress has been slow, but I’m beginning to see some of the payoff. At the very least I can see how I’ve developed my own language over the years. But I also see how much further there is to go.

Gillian Walsh is dance-based artist from Brooklyn concerned with transcendence, stillness, and psycho-spiritual processes. She makes stark and minimal choreographies that often last for several hours at a time. Recent works were commissioned by The Watermill Center, Performance Space New York, The Kitchen, and Performa. Her next project will be at JOAN Los Angeles in 2020.