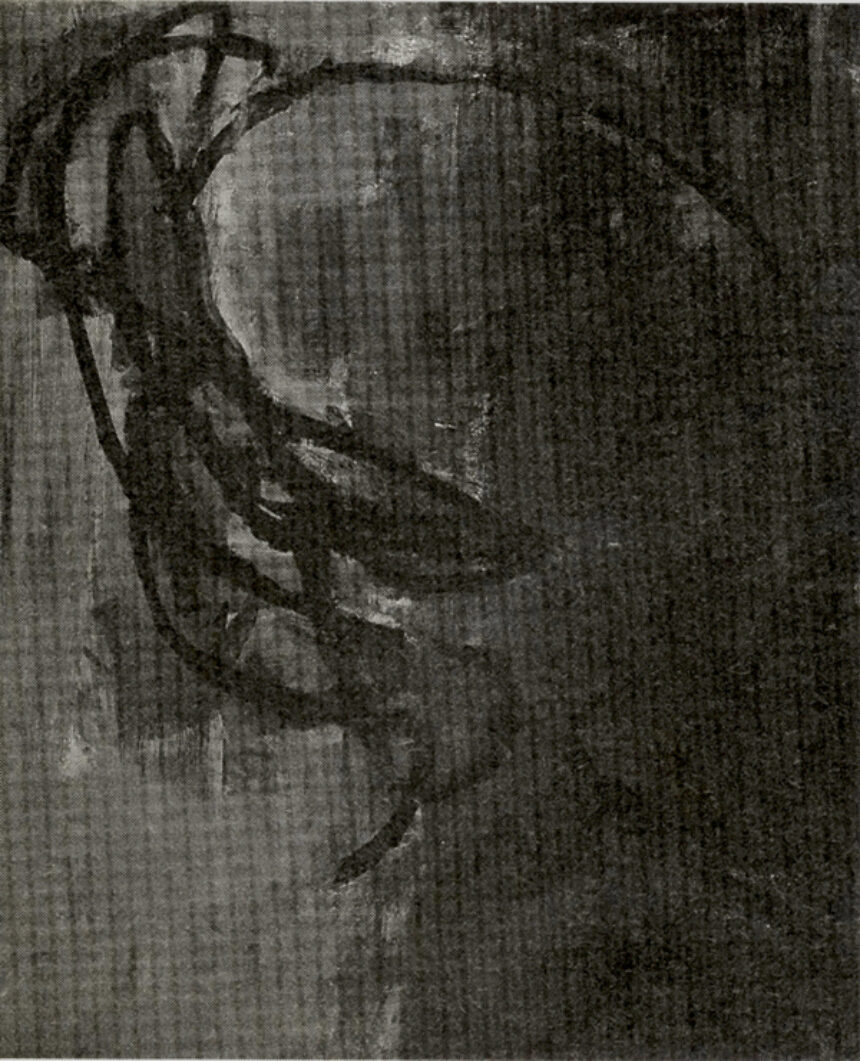 One night Lex Braes came to a party in my loft, a bit of boisterous dance music, a dram or two of whisky, and a chance encounter with a fellow Scotsman were enough to send Braes into a rollicking frenzy of delight. He picked up an old sword of mine lying against a wall and chased his countryman, swinging the sword round and round in a good-natured and joyful dance. No limbs were severed, no blood drawn, and the spirit and energy of William Wallace and Robert Burns were done an honorable turn.

A man who can spin and spiral and let go with a story told in movement is a man worth taking a second look at. These days it seems we are free to wander back to the tale told by the brush, and a brush in the hand of painter Lex Braes in his show, Still, tells a compelling tale.

First of all, there is lots of paint applied in broad strokes, laid on in thin layers, scraped off and built up repeatedly on a resilient base of linen. His current palette tends heavily to the reds, browns, grays, and yellows of the earth. The canvases are all slightly different from one another in size.

Next there comes this wonderful red line repeating the same shape in canvas after canvas. It’s an inspired distillation of a mysterious vision implanted in the soul of the painter from his viewings of the undeciphered “standing stones” of Scotland.

Then there is the shape created by the red line. It can most convincingly be seen as the linear outline of the head and upper torso of a person. Translucent, one can read this “body” as either contained within the plane of the painting or standing out in front of it—the clear vessel of observation taking in all that is observed.

Finally, out of each head emerges an odd swirling red line—a squiggle really. The key to its meaning may be found in one of the smaller pieces of the series entitled Dreamer. Here Braes has isolated the swirl, leaving just the faintest indication of a human head and torso. Perhaps he has, like the Picts, whose carvings he studied, left us a luminescent, vibrant clue to who they were, their spirit, their path. Here is someone tracking history; here is a canvas with a soul in it.