So Green and So Hopeful: Leslie Carol Roberts Interviewed by Louis Bury 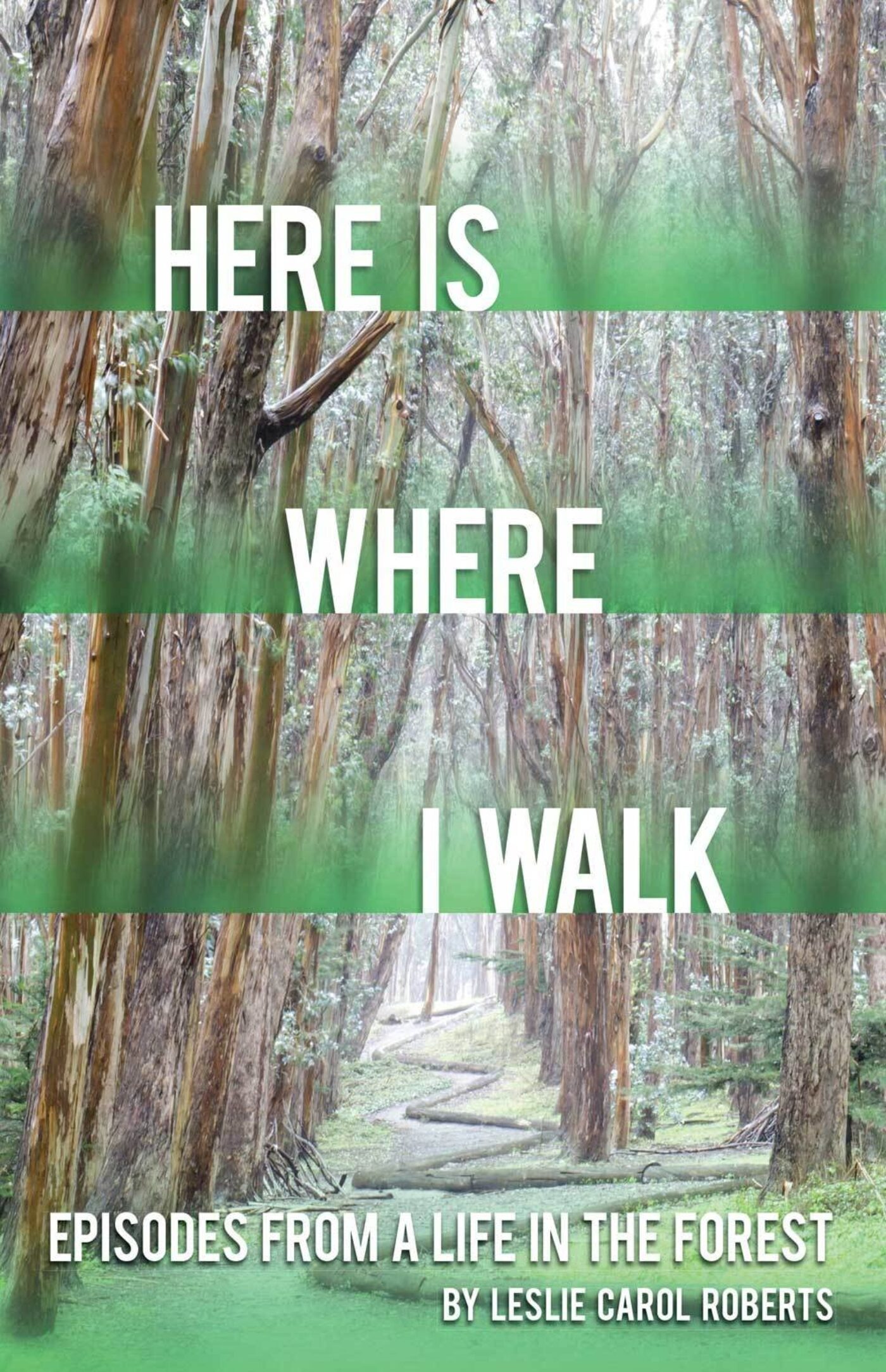 Leslie Carol Roberts’ creative nonfiction combines historical research with experiential reportage to tell ecologically minded stories about out-of-the-way places and the people who explore them. Her first book, The Entire Earth and Sky: Views on Antarctica (University of Nebraska, 2008), draws on her Fulbright-funded research into the continent, as well as her background as a journalist, to portray the constellation of facts and myths that comprise the Antarctic imaginary. Her latest book, Here is Where I Walk (University of Nevada, 2019), adopts similar methods to spin associative yarns about the Presidio of San Francisco. In her telling, the Presidio—a former US military fort located near the base of the Golden Gate Bridge, which became a national park, with residences, in 1996—is a space for quotidian wonder, a pocket of nature woven into the fabric of culture. Roberts’ literary excursions, which probe the borders between public and private life, model ways that individuals can negotiate feelings of smallness within the vast systems of climate and culture in which they find themselves enmeshed. On a recent visit to San Francisco, I interviewed Roberts on a walk together in the Presidio.

Leslie Carol Roberts This is Rob Hill Campground, the highest point in the Presidio, about 340 feet in elevation. It’s the only active campground in San Francisco and the site of many school trips. The Presidio and the National Park Service do a great job with school programming. In Here is Where I Walk I write about how even within this tiny seven-by-seven mile area of city, there are schoolchildren who’ve never seen the ocean. People think of San Francisco as this wealthy white, once hippie, now techie place, which is more phantasmagoria than reality.

LB How long have you lived in the city and in the Presidio specifically?

LCR I moved to the city right before the earthquake in 1989, after working overseas as a reporter and falling in love with someone from here. I left for several different chunks, to Iowa and New Zealand, for about four-and-a-half years total.

LB You write about those moves in the book.

LCR My children had to move a lot because of my research in Antarctica. Writing about something local allowed us to remain in one place. In a way, I wrote the book so that my children wouldn’t have to move anymore. 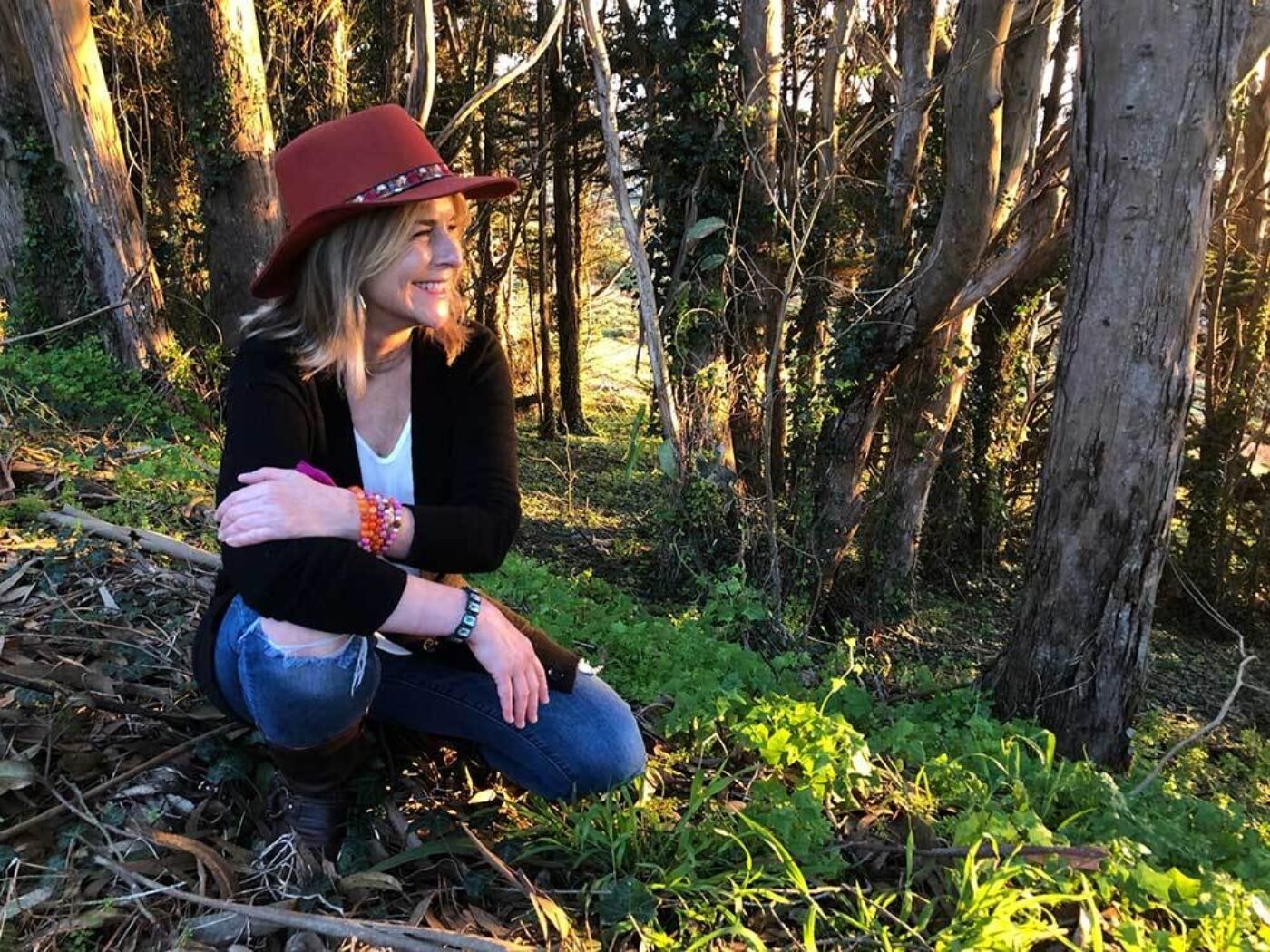 LB (Laughter) That’s a great reason to write a book!

LCR They wanted to be on sports teams and feel settled. Children have fantastic focus on their likes and dislikes. It made me ask myself: What do I love that much? And the answer was trees. For instance, I became obsessed with the blue gum eucalyptus, a tree that a lot of people dislike.

LB Why do people dislike it?

LCR It’s been labelled an invasive species because it was brought here from Australia. It’s a tree that’s been successful in many environments; it organizes itself well around water resources. The other reason people dislike it is that eucalyptus wood is oily and blows up like a bomb when it catches fire.

LB The combination makes them unpopular.

LCR Unfairly so. The trees didn’t ask to be taken from Australia and planted elsewhere. And because I hear them and smell them and look at them every day, I got caught up in their story. I was working with the then-head of the Forestry Department, Peter Ehrlich. He was the bard of these woods; he’d take me on walks and recite Yeats. He explained that they were looking for another type of tree that could repopulate the area.

LB Do you have a science background?

LCR I believe we should have a close understanding of our local environments, so I’m good at identifying what’s here in the Presidio. But I don’t pretend to be a field botanist or scientist. I don’t have the gaze and disposition.

LB Here is Where I Walk makes a case for non-expert appreciation of nature.

LCR I believe that ordinary people are going to be the ones saving the world during the sixth mass extinction, through creative imagination. We need to start telling better stories about the present and the future.

LB Can you say more about that?

LCR I think a near-religious reverence for memorization of scientific fact at a young age contributes to our capacity to destroy ecosystems, because as non-scientists we don’t see or understand them in their beautiful complexity—we just know them as a bag of facts. Thus, ecologies can be ground up as part of what ecophilosopher Tim Morton calls “agrilogistics,” in which technical agricultural knowledge drives destructive growth.

LB Can you talk about the relationship between human-built spaces and so-called wild or natural ones?

LCR I’ve spent a lot of my life thinking about the Antarctic, which is an ice desert, a real wilderness. Even still, I chafe when people claim that city parks are not truly nature. The positive effects of being outside, around trees, is well-documented. Within five minutes, your brain starts to do different things.

LBIn your book, you discuss Roland Barthe’s line that “trees are alphabets,” a metaphor about trees’ capacity for communication that’s partly linguistic and partly aesthetic.

LCR To me, the way we’re taught to understand ecology is flawed. We’re taught in the language of scientists—memorizing genus and phylum and so forth—who developed that language to communicate among themselves. A lot of the learning apparatus around science is designed to train people to become scientists themselves. That’s useful for that particular task, but I’m interested in exploring the stories and meanings of a place, the human response we have to it.

LB What’s your view of nature writing in general and the eco-memoir in particular?

LCR There’s a rich tradition of such work in the US, from Ralph Waldo Emerson and Henry David Thoreau to Thomas Merton and Rachel Carson, which also encompasses more recent work by women and female-identified writers such as Camille Dungy, Elizabeth Bradfield, and Pam Houston. These women’s work instantiates a relational identity to a particular place, often with a particular voice.

LCR From a young age, women are taught to be wary of people who might attack their bodies. This can condition us to notice particulars as part of a survival strategy. When alone in parks and woodlands, women can temporarily escape the violence and inequities we contend with in more human populated areas, while at the same confronting other types of psychic and material risk. This solitude sets off a small fire in our souls. Look at Cheryl Strayed’s Wild, or Annie Dillard’s Pilgrim at Tinker Creek: their bravery and focus are inspiring.

LB What effects has civilization’s increased awareness of climate change had on this literary tradition?

LCR You can approach the question from the other direction, too: How has this literary tradition impacted civilization’s awareness of climate change? Rachel Carson’s Silent Spring (1962), which showed that you can identify specific human inputs’ harmful effects on the environment, was an important turning point. The book was widely read and of a piece with the consciousness-raising efforts and political upheavals of the subsequent decade, from second-wave feminism, to the civil rights movement, to anti-war demonstrations.

LB That’s interesting because there’s a quietist strand of appreciative nature writing that gets perceived as apolitical. But there’s also a powerful, even popular, Carsonian tradition that today includes writers such as Elizabeth Kolbert and Bill McKibben.

LCR For me, nature walking and writing both foster mindful awareness. One thing the eco-memoir does is focus attention on where the writer is located and invites readers to imagine doing the same thing where they’re located. That may not sound political, but if you can get people to be more attendant and observant, you can begin to leverage all kinds of emotional and political power to shape how things are desired to be, rather than assuming a predetermined future.

LBCan you talk about storytelling in relation to Here is Where I Walk’s episodic form?

LCR Peter Ehrlich, who knew the Presidio forest perhaps better than any other single person, was an incredible resource. We went on many beautiful walks together and I learned lots from him. After gathering information from him and other sources, I had to figure out how to focus and compress it, which is where the book came together. The book explores how and why we fall in love with a place. This personal emphasis meant narrowing down the range of ecological information to the tidbits that most interested me.

LB How did your journalistic and literary backgrounds inform this research?

LCR When I was researching and writing my Antarctic book, I became interested in lesser known Antarctic explorers who considered themselves “simple seamen,” such as Frank Arthur Worsley, rather than better known explorers, such as Ernest Shackleton. Many famous people are connected to the Presidio. The military history here, of course, is extensive. But the military is diligent enough about recording its own history that it doesn’t need my help. I decided to make the Presidio’s ecological design, both historic and contemporary, my focus.

LB Can you say more about that design?

LCR When the Presidio was opened as a national park in 1996, it had a very particular mandate to be self-supporting, rather than supported by federal funds. The original plan was for all its businesses to be eco-nonprofits, but that shifted over time. There’s now a population of about four thousand humans who live here. I discuss Major William A. Jones in the book, who had the big idea in the late 19th century to crown the Presidio ridges, line the borders, and fill the marshes with trees. He was into the theatrics of it as much as the pragmatics of buffering the Pacific winds and getting rid of the stinky marshes. Aesthetically, it was performing power.

LB That’s an interesting design choice, because trees create a shroud but don’t create an impermeable barrier in the way walls do.

LCR I got caught up imagining Major Jones. He used a precise notation system to represent trees, shrubs, the different parts of his designed landscape. Looking at his hand-drawn designs gave me the idea to imagine him here, working on it all.  It felt more like channeling him at times: the dark cold windy nights, the dreams of tree planting, his ability to see dunes and imagine this enormous wood. He also wanted it to be a place for the citizens to “re-create” on the weekends.

LB What’s your favorite walk in the Presidio?

LCR My favorite walk is “Ecology Trail,” which I saw develop from a path to a trail. You start at the aptly named Inspiration Point, across from Andy Goldsworthy’s Spire (2008), and then wind past toxic rock, through a gorgeous redwood stand, before arriving at a thick canopy of cypress and eucalyptus trees. It’s both beautiful and sad to see the old, dying trees culled and replaced by tiny, new ones, so green and hopeful.