The Isle of Youth, culpable characters, and rewriting the stories of ourselves. 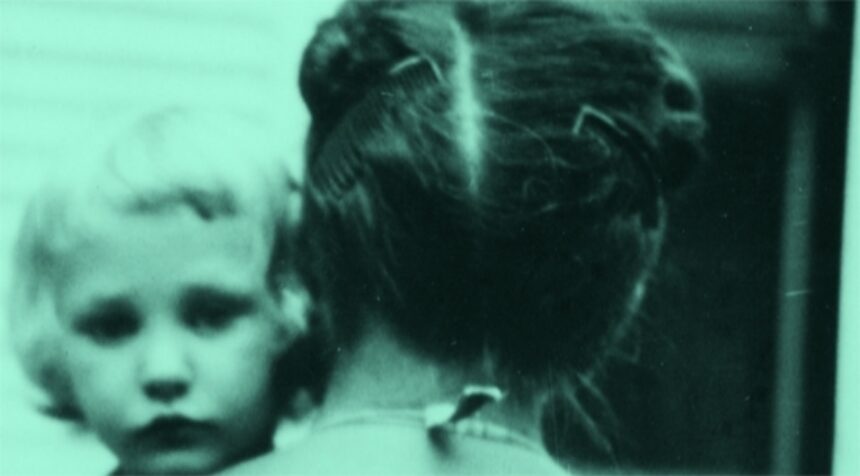 I first came across Laura van den Berg’s fiction last year in One Teen Story, which published The Greatest Escape, a story about a teenage magician whose father pulled a Houdini-like escape on her family. I was struck by the gritty beauty of the narrative—the velvet curtains and great escapes combined with the seedy world of professional magic.

In her latest collection, The Isle of Youth, published by Farrar, Straus and Giroux, van den Berg creates a noir-inspired world populated with undercover detectives, unexplained disappearances, mistaken identities, teenage robbers, and terrible secrets. The electric prose and emotional rawness of these narratives, combined with their dark themes, made the experience of reading Isle akin to that of a great mystery novel—except that in its wake I was often left with more questions than answers.

Amanda Faraone In both of your collections, I was struck by your examination of the intersection between loss and mystery—how narrative can be used as a tool to reconstruct the people in your life who have left or eluded you. How did you come upon this theme? Was it something that happened subconsciously while writing story after story? Do you think your approach to it changed in The Isle of Youth?

Laura van den Berg I don’t think about theme explicitly. Themes emerge subconsciously, at least at first—at a certain point, I’d have to be really inattentive not to notice that I am writing stories with an inordinate amount of crime and disappearances and detectives. I’m not sure my process changed with Isle in terms of writing the individual stories, but I did a lot more work revising the collection as a whole; at that stage, I gave a lot of thought to the central preoccupations and how they might be shaped. The idea of narrative being used as a tool to reconstruct the missing is an interesting one. If there’s an absence, it seems logical that we would want to fill that absence, even if we can only fill it with what we imagine. It also strikes me that the construction of our personal narratives is so central to living. We are constantly writing and rewriting the story of ourselves, so often constructing the narratives we need in order to keep moving forward. What are the stories you tell yourself about yourself, about the people in your life? How true are these stories? Are you even in a position to say? These kinds of questions interest me deeply. These questions are also relevant for the female characters in Isle. On the one hand, they are investigative, they are searching, they want to see, but on the other, they are desperate to escape—the truth, themselves, consequences.

AF I agree completely with you, about how the construction of personal narratives is so central to living and how we are able to face life. It reminds me of Amy Hempel’s story, The Man in Bogotá, which is a kind of parable about that very truth: “he wondered how we know what happens to us isn’t good.” It’s something I always think about when reading and writing, and I loved that about your stories—every single one felt weighted and instructive, as regards how to live and how to tell stories.

I think that the tension you’ve set up between escaping and searching is a fascinating one. In an interview for The Rumpus, you described your female characters in What the World Will Look Like When All the Water Leaves Us as being faced with the dilemma between wildness and responsibility. I think this dilemma often is heightened in Isle by the absence of parental figures—the way many of these stories served as a counter-narrative to the beloved orphan story. It also complicates ideas of responsibility itself. In Opa-Locka, Lessons, Antartica, and The Isle of Youth, the narrators are faced with a similar question: to what extent are you responsible for your brother or sister? This seems to be another important question for these characters as well as a narrative consideration. How do you tell your story when it’s not just about you, when you don’t get to choose it?

LVB Oh man, I am a total Amy Hempel fan girl. She’s amazing. Thinking about your questions, one thing I do think has shifted a little from What the World Will Look Like to the Isle of Youth is that, with Isle, the characters’ actions create a larger ripple, in that more people are impacted, often very negatively; they are more culpable, in a way. And I think that’s a huge question in many families, especially complicated ones—the extent of your responsibility to others vs. your responsibility to yourself. That question troubles a lot of the protagonists in Isle. The narrator in the title story goes to Miami at her twin sister’s behest; in the final scene of Lessons, Dana is in agony over what to do about Pinky, just as the narrator of Antarctica is in agony over secret she’s kept from her now dead brother. Arguably it is her guilt that has driven her all the way to Antarctica in the first place. So there is that impulse toward rescue and repair, but the impulse toward self-interest is equally strong. Another great Amy Hempel line, from In the Cemetery Where Al Jolson is Buried (otherwise known as one of the best short stories of ALL TIME): “They say the smart dog obeys, but the smarter dog knows when to disobey.” I also love that question of how to tell your story when it’s not just about you, and I wonder if that’s one of the most central manipulations we perform as we construct those personal narratives, that in our own stories we tend to take center stage as characters—we become protagonists—while other stories, other realities, are pushed to the side.

AF Exactly. Lately I’ve been really interested in my own work with ideas of family mythology and storytelling, and how the kinds of lies families tell end up shaping the way their children see and understand the world—and how that can be a good or bad thing.

I was actually thinking about In the Cemetery Where Al Jolson is Buried while reading Antartica, because I think you employ a similar technique of narrative obfuscation about the character’s emotions, and I found myself as a reader being drawn into the narrative by all the things that were not being said, as opposed to what was on the page. I especially loved the description of the relationship between the brother and sister, and thought it was emblematic of the story’s theme: “maybe it was just an iguana became something we said when we didn’t know what else to do, because even though we had been close, we never really learned how to talk to each other.” What was your process when it came to writing and revising a story like Antartica, a narrative that delves so much into what is submerged, secretive, and ineffable? Did you find yourself writing more and then scaling it back, or did you find that you needed to add more in?

LVB One particularly challenging thing about Antarctica was writing the narrator’s brother, since he’s around for the backstory, but somewhat offstage, and then literally offstage in the Antarcticathread, though far more present in the narrator’s consciousness. I wanted the brother to have a remote, slightly ungraspable feeling as a character, but also didn’t want him to be so hazy that, to the reader, he didn’t feel concrete, didn’t feel real. That was a tricky balance to try and strike. In early drafts there was very little about the brother and with each new version I kept adding in little bits.

AF In this collection, I often found myself wondering about the way the stories are linked together. I was reminded of Lorrie Moore’s story, How To Become A Writer, in which the protagonist constantly writes about explosions, and then we find out that her brother was crippled in Vietnam in a terrible explosion. Are the themes of absent parents and complicated sibling relationships supposed to build a broader narrative arc behind all of the stories? I’ve been thinking a lot lately about meta-fiction and the creation of literary persona, and I felt like you created a very intriguing through-line that left me wanting to see what happens next.

LVB I just finished teaching a class on structuring short story collections, so the idea of the meta-architecture a collection can create is of deep interest to me. In class, we talked a lot about how connectivity and variance are equally important in collections—you create patterns, but you also have to disrupt and complicate those patterns. Certainly there are a number of through-lines in Isle—people gone missing, crime, alienation where there should be intimacy, fractured families, and so on. Within this world, however, I aspired to have each story shine light in a different corner, to have each story turn over a slightly different kind of stone. For example, in my view, Lessons and Antarctica offer quite a different perspective on crime. I wanted some of the stories to exist in Florida, but it was also very important for the stories to break from Florida—“the here and the not here,” to quote Peter Ho Davies (from his craft talk Only Collect). To me, a collection is about building a world. While the stories in Isle aren’t linked in the traditional sense, I do feel like all the characters are existing in the same kind of netherworld.

Amanda Faraone is pursuing her MFA in Fiction at Brooklyn College, and is a development assistant at One Story. 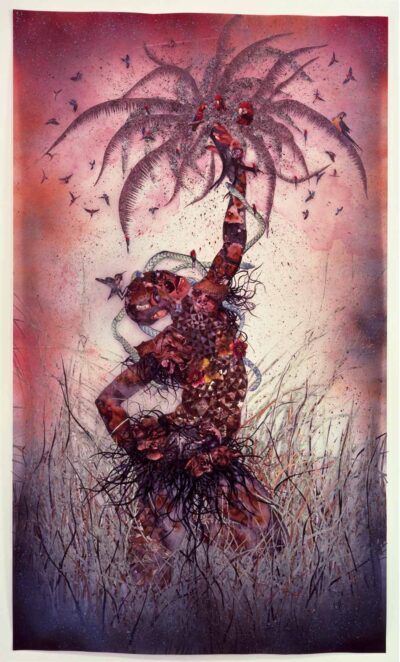 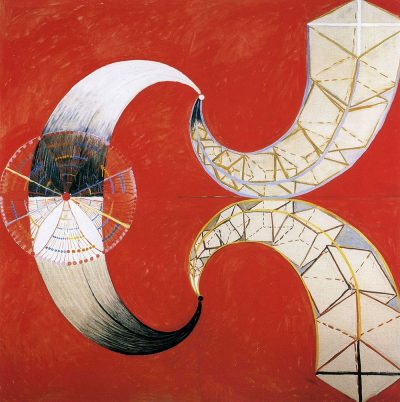 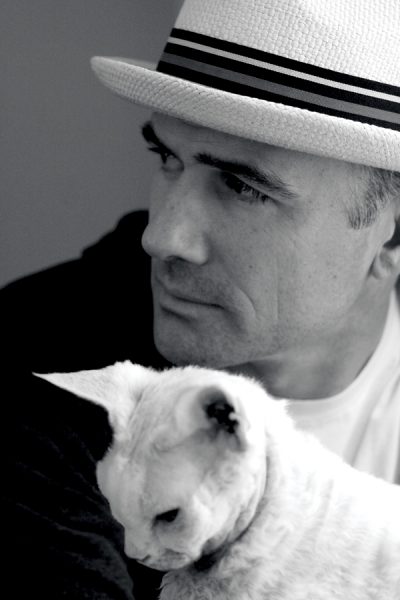 Mark Z. Danielewski on the shapes, colors, music, and musicality of literature.